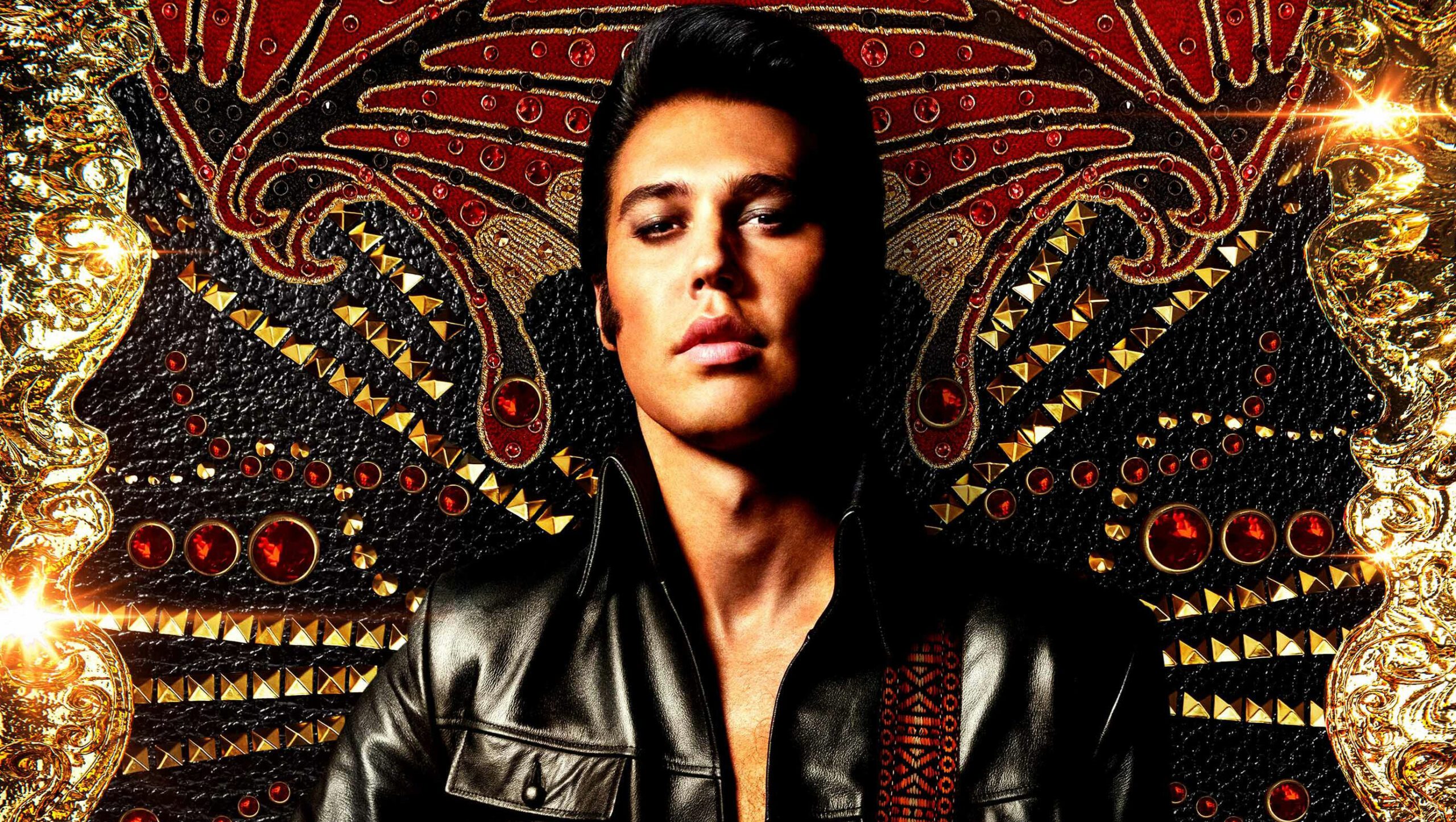 Elvis, Warner Bros.’s newest attempt to capitalize on popular singer biopics like Bohemian Rhapsody and Rocketman, exploded into theaters this last weekend, raking in a fair amount at the box office and decent praise. This film brings the eccentric King to life in a visually compelling way and reveals the struggles this Rock N’ Roll god endured for his stardom. The allure of fame and the adulation of millions can corrupt even the purest of hearts with the noblest intentions. This, coupled with the maniacal manipulations of a corrupt manager, led Elvis down a dark path, eventually resulting in his death.

Elvis may not be for everyone out there, as it comes across as a very niche film. However, there is enough about it to like to compel anyone to at least give it a chance. This film beautifully re-creates the characters of Elvis and The Colonel but fails to put them into a compelling script that highlights them in a cohesive way.

The highest praise that can be levied at Elvis is that it accomplishes everything it sets out to do. It’s very effective at ushering the world into the private life of Elvis Presley. However, the vehicle through which it delivers this life story is incredibly inconsistent, especially regarding the artistic style. Much of the film is depicted in comic book panels with exaggerated features, multi-shot frames, and bombastic and over-the-top speeches about eternity. Nevertheless, these elements – which give Elvis its best moments – are also incredibly inconsistent, only cropping up in the musical montages and the flashbacks. If this art style and filmmaking techniques were present throughout the story, the look of the film would not have been so jarring, switching from one style to the next without transition.

For those in the audience unfamiliar with the true story of Elvis Presley, this film tells it concisely, giving them all the needed events to understand Elvis’s rise to fame and fall in health. Additionally, diehard fans of the King will find enough in this musical drama to remind them why they love this man so much.

The soundtrack is Elvis’s best feature, beautifully giving the film the feel of the roaring 60s, incorporating both the greatest hits of Elvis and other stars of the time. However, its soundtrack is also its greatest downfall, as it randomly, clunkily, and with no clear motivation injects modern-day artists into the film at random. Eminem and Doja Cat do not belong in a movie about the King of Rock N’ Roll, Elvis Presley! Only artists of the same genre or time period belong in this story. Whenever a contemporary singer is featured, the audience is immediately ripped from their immersion in the film, as these songs stick out like sore thumbs. 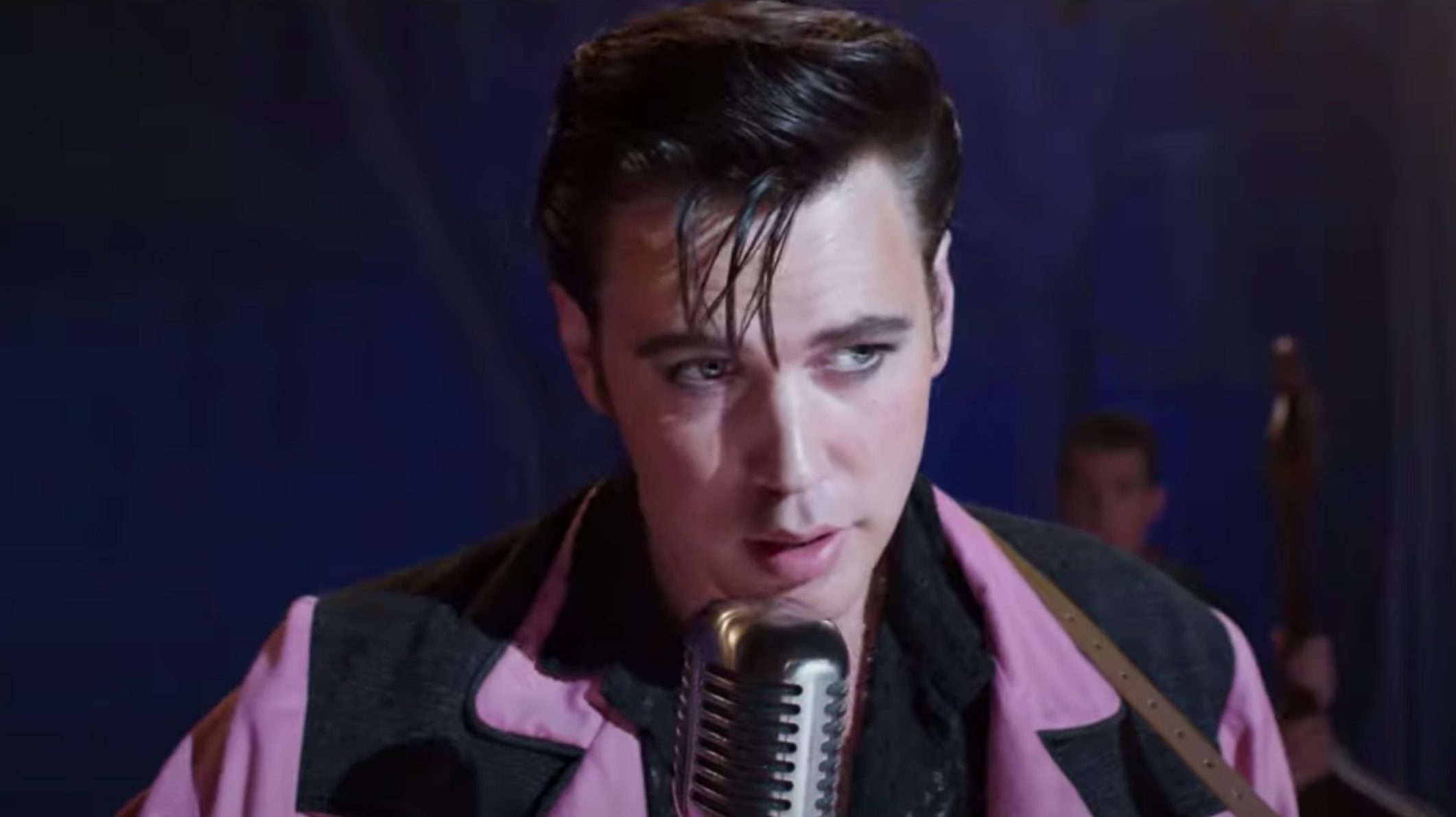 Austin Butler is by far the greatest aspect of the film. He miraculously becomes Elvis, embodying this legend flawlessly, his voice and mannerisms reflecting the fallen god. With the assistance of stellar prosthetics, hair, and makeup, Butler disappears into his role in each new decade of the character’s life, aging flawlessly through Elvis’s long career. His performance is irresistible and nigh flawless. If only he had been given a better script, Elvis could easily have become a classic. As it stands, middling material keeps Austin from true greatness.

Over the last few years, Tom Hanks has been immensely divisive and controversial due to several unconventional public statements and strange decisions. However, he is still an incredible actor with talent beyond compare. This character actor also perfectly embodies his role, becoming the devious Colonel Tom Parker with little of the true actor peeking through the cracks. Hanks has long since earned his place among the greatest of Hollywood stars, and this film does nothing to detract from that legacy. However, his embodiment of the Colonel may be distracting for some, as his accent is disconcerting, and he often tries to outshine Austin in scenes where Elvis should be the center of attention.

This seeming conflict between the actors for the spotlight does contribute to the film, nonetheless. Similar to how their characters struggle for control, these two thespians war against each other for center stage, constantly trying to outclass one another. This may or may not have been intentional or conscious, but it does come across as if each is fighting the other to be the better star of the film, which only adds to it, making it better.

Whether or not this was the filmmakers’ intention, the beating heart of the story, its theme, and its message seem to fall closer to anti-cancel culture than would be expected from Hollywood these days. It is unlikely that this was indeed the theme that Luhrmann was going for, but Elvis shows a talented individual getting suppressed by censorship for much of his life until those in power can no longer stop him from reaching the world. The film even says that people were trying to cancel Elvis. Perhaps the definitions have changed, and the things which are or are not censored have changed, but the importance of this discussion is timeless and extremely relevant to our modern creative landscape.

Censorship should be fought at all costs, just like Elvis fights it throughout this film. Creative integrity and drive should be the primary motivation of all those in a creative industry. However, that is not the case in today’s politically charged environment. Much of Hollywood could learn from the struggle and drive of Elvis Presley to never balk in the face of social pressure or the approved narrative if it comes at the cost of their artistic soul. Whether or not it was intended, that comes across as the heart of the film, and it is a beautiful message.

Elvis is a decent enough biopic with a passable script that is primarily carried by the phenomenal actors involved and the legendary music of the title character. Without those, Elvis would easily slip into obscurity and be forgotten. As it stands, this film is well worth the watch for those curious about Elvis’s story and for those who love the King.

Elvis is a decent enough biopic with a passable script that is primarily carried by the phenomenal actors involved and the legendary music of the title character.