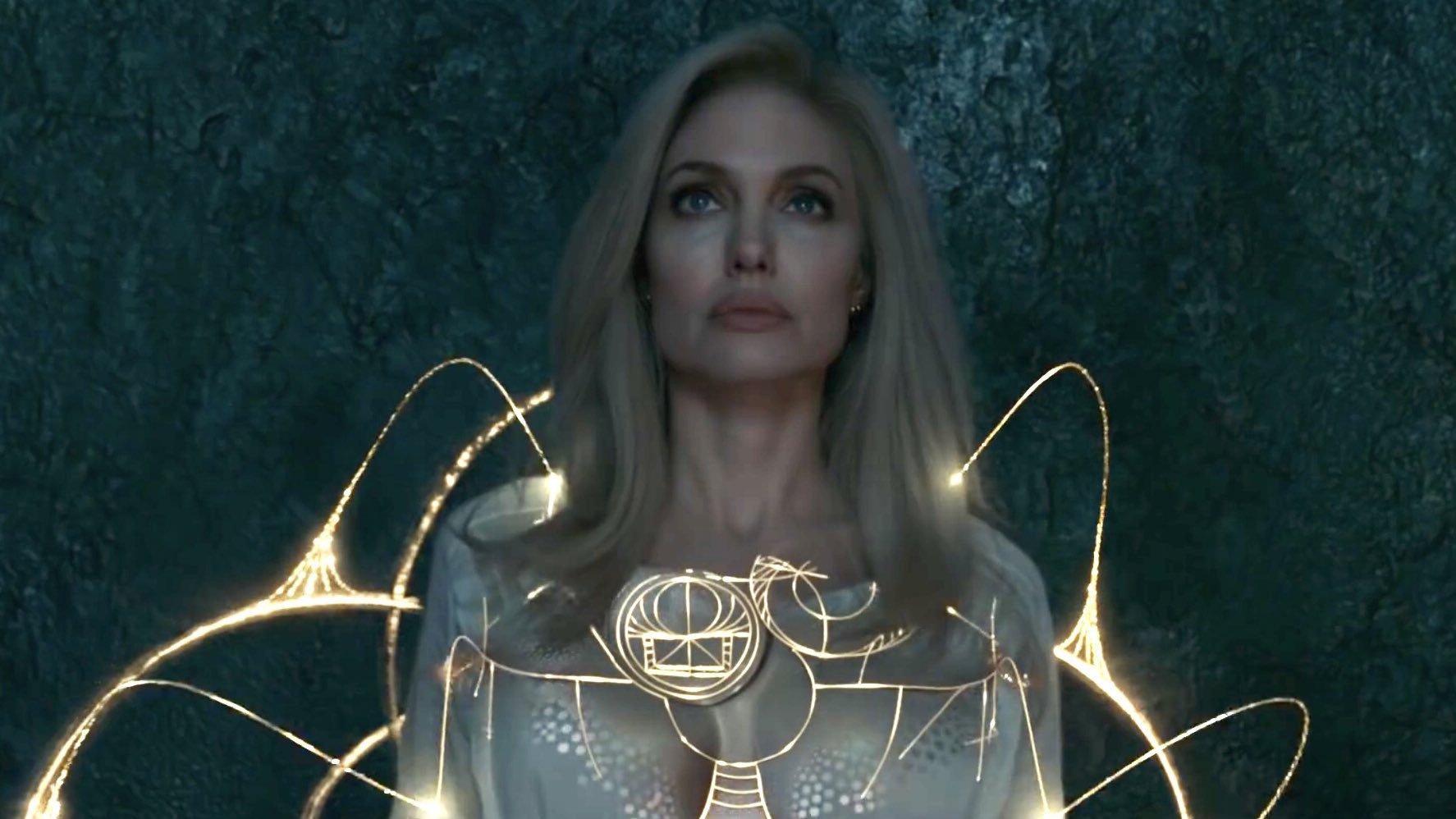 If Eternals proves anything, it’s that the cosmic wing of the Marvel Cinematic Universe peaked with Thanos. This is a movie that thinks it’s much smarter than it is, content to have its soulless characters speak monotonously about ideas it has no interest in exploring. It’s pretty to look at – most of the time – but there’s nothing beneath the makeup.

The Eternals are immortal beings sent to Earth to protect it from a race of alien monsters called the Deviants. Once their nemeses are defeated, they spend millennia living among us, waiting to be called home by their Celestial creator Arishem. But when the Deviants return, the Eternals must join forces once more to end their war for good.

The opening scenes of Eternals perfectly delineate how the rest of the movie will play out, and that’s not good. There’s an opening title crawl, a romantic relationship established with an exchange of names and nothing more, a fight scene with no energy or sense of fun, and a big group pose as if the Eternals want everyone to stop what they’re doing and marvel at them. This film tells and tells and tells but never shows, informing us of what we’re supposed to think and feel without giving us a single reason to do so. The Eternals are a family because they say they’re a family. The romantic relationship that’s supposed to be the story’s emotional backbone exists because we’re told the two characters are in love. Thena is her world’s greatest warrior because Ikarus says so once. There are many other examples. We’re not allowed to feel the humanity in this movie; we’re instructed to feel it.

Part of why that’s the case is because Eternals bites off more than it can chew. The character ensemble is too big, and they never had their own films to establish them like the Avengers did, so this is their one shot. But while, say, Guardians of the Galaxy was able to get around that by having its heroes’ growth tied into their relationships with each other, Eternals separates its team almost immediately. What follows is the longest “putting the band back together” sequence in cinema history – two hours of the Eternals slowly regrouping, interspersed with flashbacks that fail to bring them to life. Characters lose their faith in humanity only to gain it back in the very next scene or fall in and out of love so quickly their romance never registers. Eternals wants to be an epic saga spanning the entire course of human existence but rushes through its own history so fast that it never lets you connect with it. 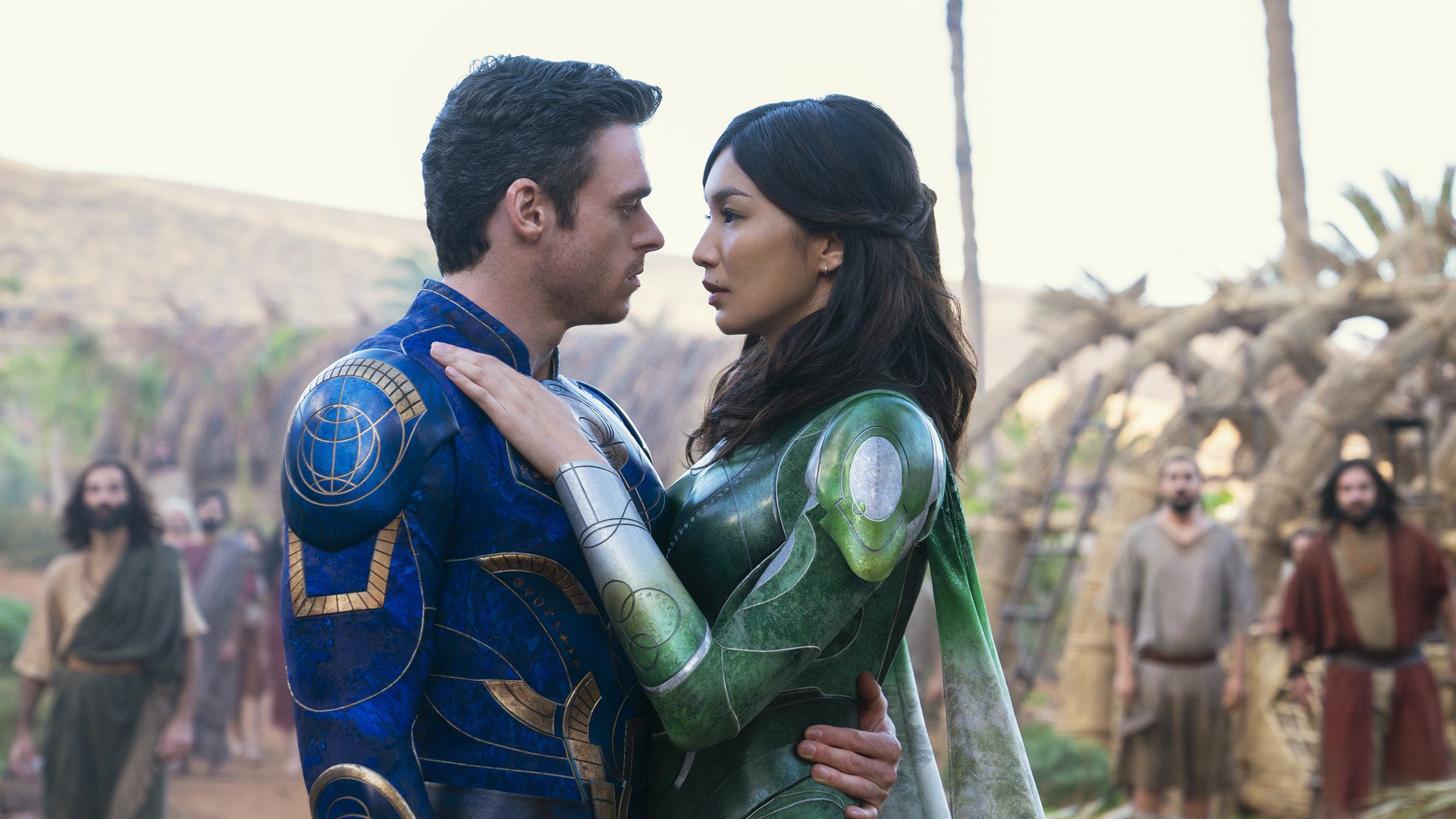 It doesn’t help that the performances are uniformly bad. Every last actor, from bonafide movie stars to Game of Thrones alumni to people you’ve probably never heard of, has the personality of a park bench and half the charisma. When they talk about their feelings or wrestle with ideas of humanity and determining the lesser of two evils, they look like they’re reading aloud from a book in a class they hate. And these aren’t necessarily bad actors. Angelina Jolie knows how to command the screen and craft fun characters you love to root for; why does she feel like background scenery in Eternals? (For that matter, why does someone as entertaining as Jolie have one of the smaller parts with almost nothing to do?) Salma Hayek is usually full of life in her roles, but here she delivers a few robotic lectures and calls it a day. And Richard Madden has cured me of wondering what he’d be like as the next 007. Gemma Chan, who is essentially the lead, comes the closest to eliciting actual feelings from the audience, but even her performance never comes together.

Part of that is from the dialogue, which is as lifeless as dialogue gets. There’s never a clever line or thoughtful idea, just lots of exposition about who and what things are, what everyone is feeling, and some of the worst attempts at humor in any comic book movie. But I tend to think director Chloé Zhao deserves some of the blame as well. It feels like she wanted to make a deep, ponderous movie, and she told the actors to be as blank and empty as possible in service of that. The lifeless performances are a shortcut to depth and gravitas. The rest of Eternals is half-assed like that too. Plenty of potentially interesting ideas get brought up here and there, but none are explored beyond a brief mention, as though that’s enough. If it had picked one or two and run with them, this could have been a thoughtful film; instead, it’s like the guy who peppers his speech with as many big words as he can memorize in twenty minutes so his nonsensical ramblings will sound profound. 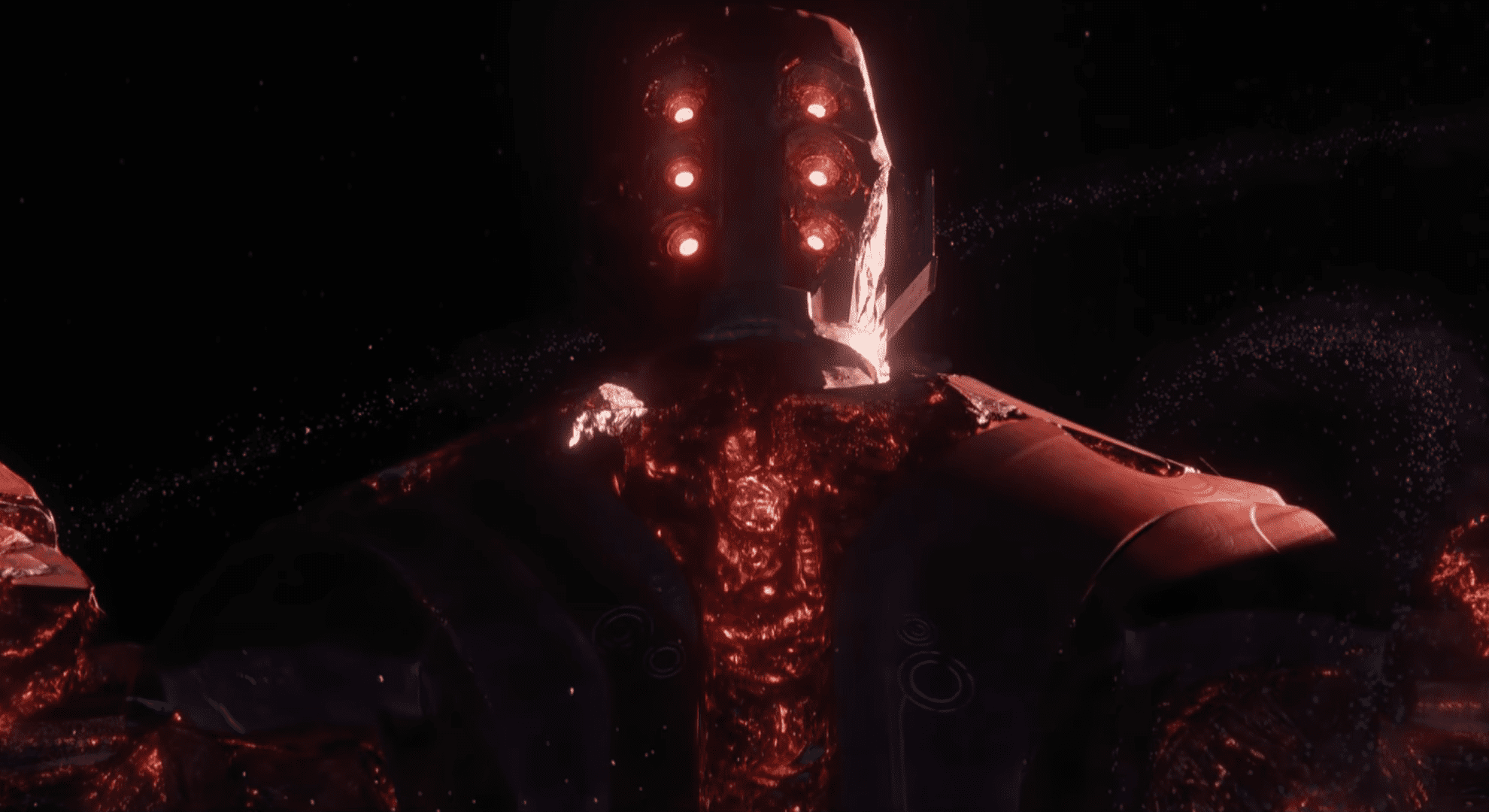 That desire to look important carries over to the visuals as well. There are some beautiful images in Eternals, and Zhao has an eye for capturing moments. The Celestials are majestic, filmed with the kind of awe that some of the best sci-fi and fantasy movies were able to bestow on their wondrous creations. There’s more than a touch of Lovecraft in their size, their perceived power, and their distance in the heavens. The earthbound sets are stunning, too, with ancient civilizations brought to life with vivid colors that stand in stark contrast to the drab Eternals (even their bright costumes look like they’ve had mud thrown on them). But when things start to move, Zhao’s interest noticeably drifts. The action sequences are fast but unfocused, with showy camerawork obscuring what we should be seeing. The Deviants are cool-looking alien monsters until the action starts, and they blur into the background while the Eternals flash pretty lights at them. The fights are as dull as the slower shots are intoxicating, and complimented by music that would be too sullen and morose for a funeral.

Eternals is essentially a daydreaming child, full of the germs of ideas it never explores because it’s too busy introducing new ones. The performances are bland, the directing uneven, and the dialogue a mask for a lack of emotion or a unifying theme. There’s some beautiful imagery, but it’s wrapped around nothing.

Eternals is essentially a daydreaming child, full of the germs of ideas it never explores because it’s too busy introducing new ones. The performances are bland, the directing uneven, and the dialogue a mask for a lack of emotion or a unifying theme. There’s some beautiful imagery, but it’s wrapped around nothing.

Well said! Love the “Personality of a park bench” part gave me a good laugh!

Is it Shang-Chi level bad?

Yeah. They’re both pretty much at the “pick your poison” tier.