It necessitates only a cursory once-over of the first few issues of the Flash Forward miniseries to understand precisely what acclaimed writer Scott Lobdell and superstar artist Brett Booth set out to do: return classic Wally West to prominence within the DC Universe and restore the facets of his character that had been unraveled in events that took place earlier this year. This has been clear from the outset and has only become more so with each passing chapter in the latest journey for the “Fastest Man in the Multiverse.” To say that the 4th issue in the miniseries brings Wally’s life full-circle might be jumping the gun, but even still, some tremendously important stuff happens that seriously re-shapes how Wally’s outlook will be moving forward. The end of issue two had a massive reveal: Wally’s twin children, Jai and Iris (II), are alive and trapped on another world. That revelation left readers hanging, as the following issue made no mention of this newfound information. This month’s outing for the redheaded Scarlet Speedster, “Flash of Two Worlds,” changes that, among other things, in a big way, as not only do we see Jai and Iris again, but Wally himself is finally reunited with his children.

Strictly speaking, not a lot happens in “Flash of Two Worlds,” but the main takeaways are paramount to Wally’s character. Firstly, after snapping out of an induced memory (or something like it), The Flash finds himself on Earth-13, in the grips of the Shakespearian super demon Etrigan. Further complicating his situation, the superhero teams of two separate worlds, the aforementioned Earth-13 and Earth-32, begin to show up, and we have a rinse and repeat of what’s been happening so far when Wally has tried saving other alternate Earths that have come under siege from the rampant dark matter. The most significant difference this time around is that he has to save two at the same time. Even beyond that impossible task, however, is that one of the alt-Earth heroes is Linda Park! Not Wally’s Linda, of course, but a Linda all the same with the same strong, spunky personality and flashy looks. Moreover, this Linda is a speedster on her world, and her costume gives off some heavy Godspeed vibes – appropriate, as her name is “Lightspeed.” Wally takes Lightspeed into the Speed Force, a first for the female speedster, and gives her the lightning round version of what’s what in the multiverse and the dark matter threat he’s been charged with stopping. Convinced of Wally’s story, and having witnessed some of his memories while they were in the Speed Force, Lightspeed helps Wally set things right and gives him the chance to stop the two worlds from merging (effectively destroying them both, since they wouldn’t have been able to exist in the same place at once). This battle proved to Wally that, while he’s felt alone from the moment he was first thrown into the Speed Force (read DC Rebirth), he’s never truly alone. 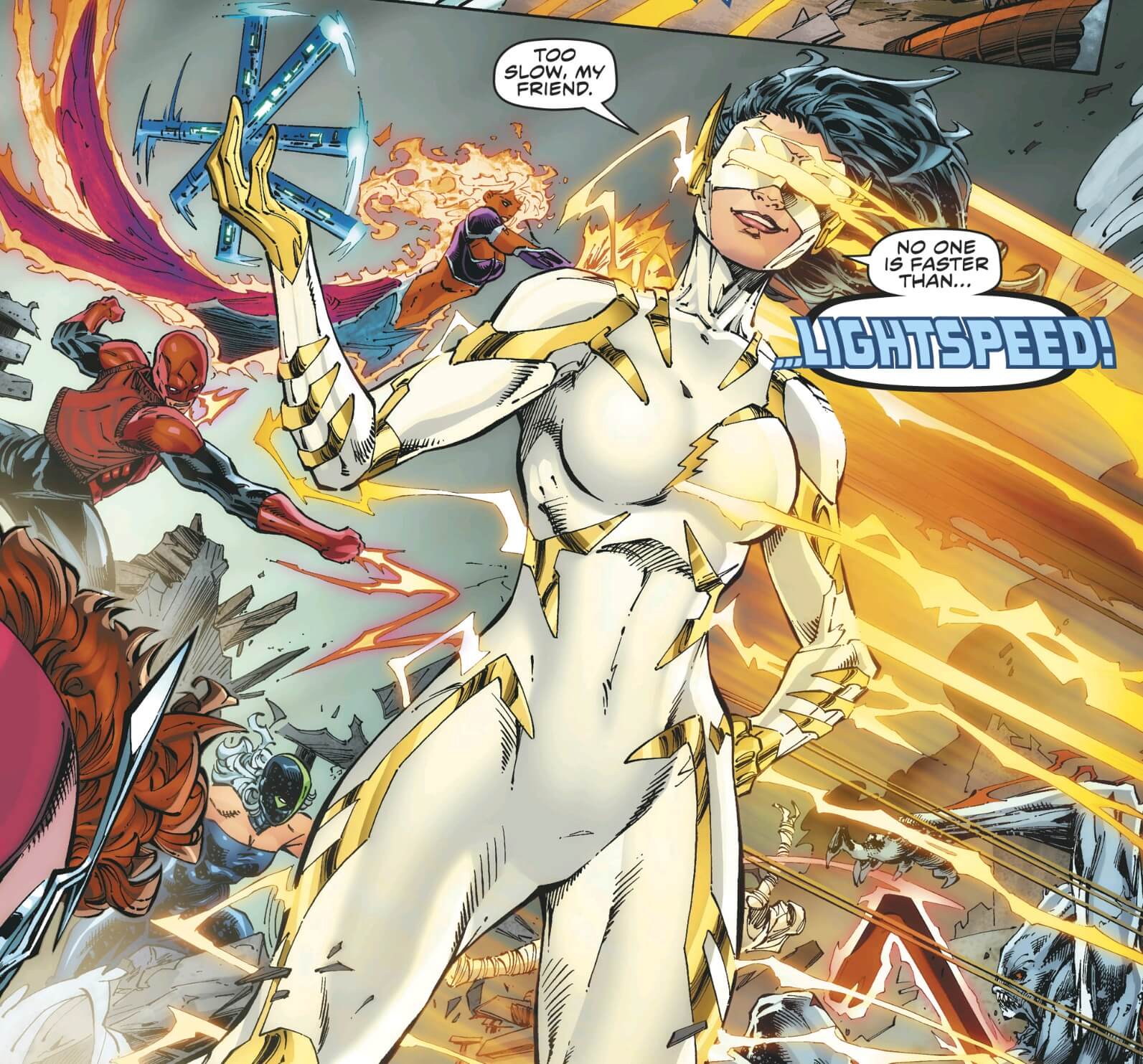 Following the “crisis on two Earths” scenario, our hero finds himself on a strange world and staring at giant-sized statues of everyone who died at Sanctuary (I’d say “read Heroes in Crisis,” but I’ve got love for y’all, so skip it). This is when we get the second major point in the book, which is Wally reuniting with Jai and Iris. Nevermind the fact that a father being with his children once again is no small matter, but this is magnified several hundredfolds for Wally, as it was the knowledge Hunter Zolomon had revealed to him (see Flash War) of his children no longer existing anywhere in the multiverse that had pushed the poor hero to his emotional breaking point. Scenes such as Wally, at long last, embracing his children are why Brett Booth was the perfect choice for this series. Booth has a way of amplifying the emotions on his characters’ faces, not just with their mouths, but with their eyes. The horizontal panel of the three West family members being reunited was a tearful moment for The Flash, and myself as well. “Flash of Two Worlds” ended on the very next page, as Wally’s daughter Iris (II) screams for her father to run. What on infinite Earths could have Wally’s twins so terrified that even the presence of their father wouldn’t mitigate their fear? We all have to wait until next month to find out, and I’m more anxious about that than finding out what happens to “The Child” in the finale for The Mandalorian!

I feel as though I say this with each issue, but Brett and Scott are killing it. They only seem to step up their game as each chapter goes by, and with two remaining, I can only imagine how epic the finale could be! Tempus Fuginaut says one line, in particular, that has me on pins and needles in anticipation of what will ultimately come out of this miniseries. While musing over the task he had charged Wally with, the mysterious watcher of worlds says that, even given all he’s seen and done, nothing has prepared him for “engineering the final fate of such a noble soul…” Now, just what in the fresh blue hell is that supposed to mean? Your guess is as good as mine. Clearly, Lobdell has a penchant for playing with our heads with this story, and it’s both maddening and entertaining at once. I’m also sincerely appreciating the short moments in the spotlight that some of these scarcely-known alternate Earths are receiving. While their role to play is ultimately minimal, seeing the entirely different characters, especially the “amalgaverse” ones we get to see in “Flash of Two Worlds,” is incredibly cool (and sans the… bottom half of her being a Starro, the Starro-Fire character looked absolutely divine). Fans of DC’s darker and more horrific characters will also appreciate the “horrorverse” characters that we briefly see in an all-out brawl. 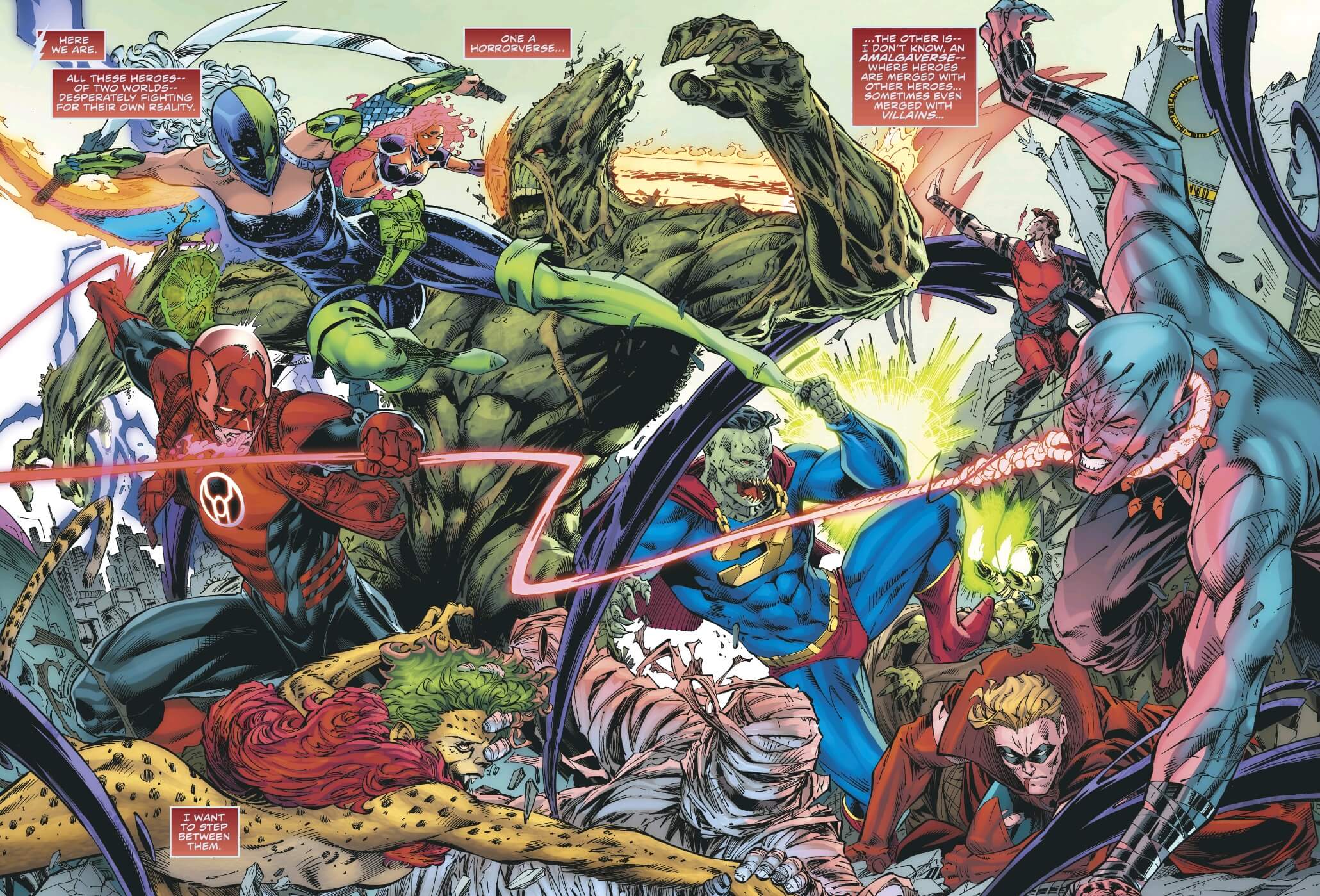 As we race ever closer to the finish line for this miniseries, I can’t help but feel a twinge of sadness. I still have so many things that I want to see happen for this character that got me into superhero comics in the first place: Wally’s own Flash Family finally be made whole again, which includes the paramount matriarch, and Wally’s Lightningrod, Linda. That lip-lock with The Flash and Lightspeed was aces; now let’s get that going with his Earth’s Linda. Wally West needs to be front-and-center in the DC Universe, and that’s not an overstatement of the matter either, especially with getting back on track with Rebirth. Following this series, the character needs his own book; call it “Flash,” “Flash Family,” or hell even bring back “Speed Force.” My worry, however, would be that I can’t think of anyone currently writing comics (present Flash Forward company excluded, of course) that I believe would handle the character with the respect and reverence that he and his family deserves. I’d kill to have Geoff Johns back on the speedster, as his run with Wally was phenomenal and is as classic as a Flash book can get. Maybe we should all flood DC Editorial’s mailroom and email inboxes with clamorings for Booth and Lobdell to do an ongoing Wally West book? I know for a FLASH FACT that Booth would be game!

I feel as though I say this with each issue, but Brett and Scott are killing it. They only seem to step up their game as each chapter goes by, and with two remaining, I can only imagine how epic the finale could be! 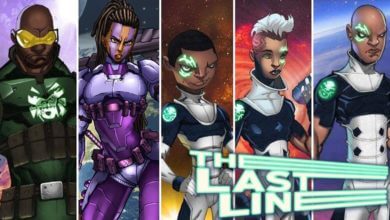 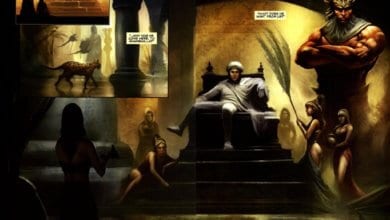 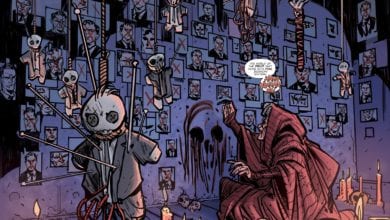 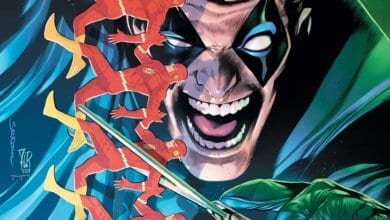