Netflix added a new CGI chapter to the continuity of the acclaimed Ghost in the Shell: Stand Alone Complex. Is it worth it? 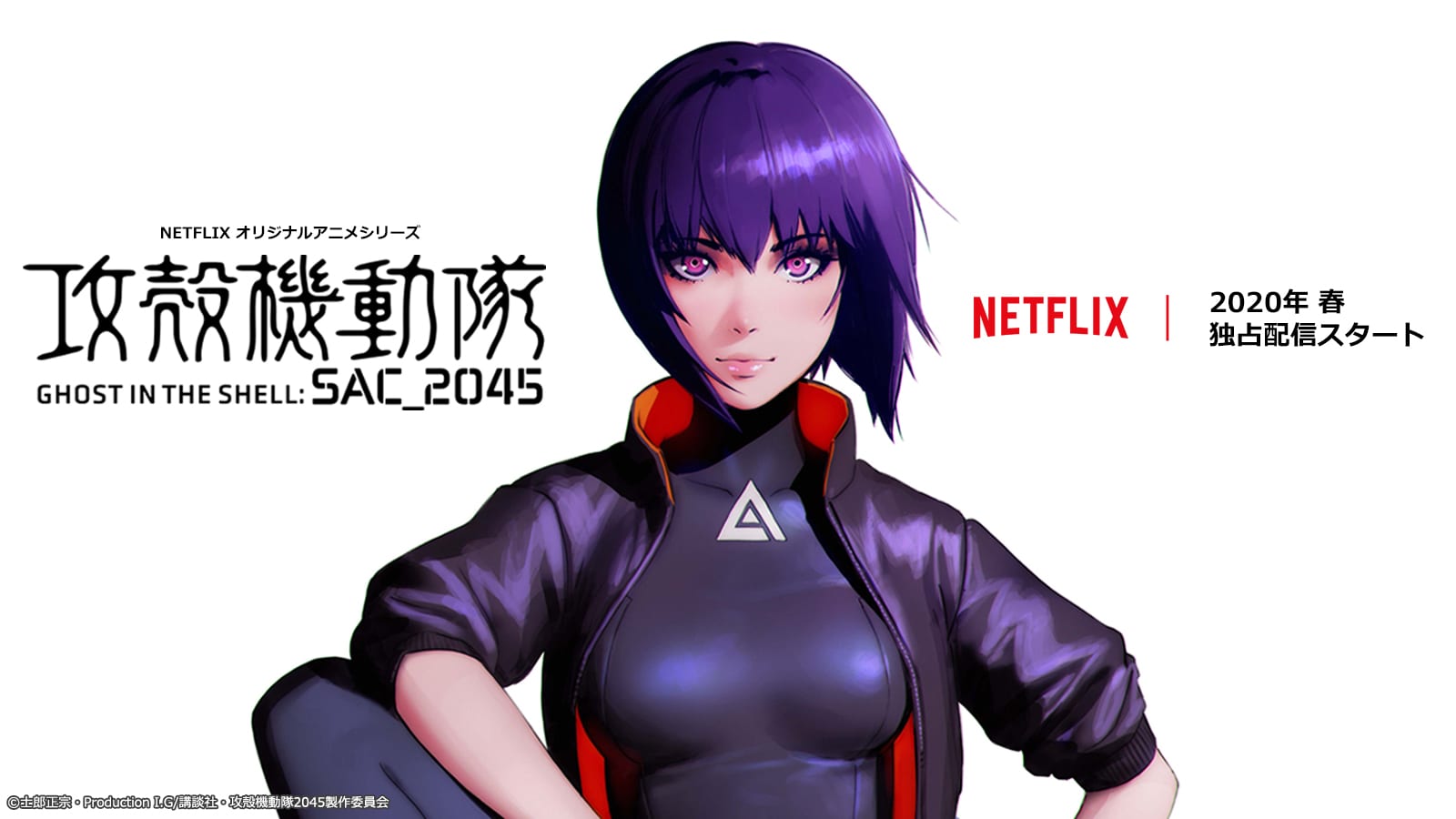 A little delayed due to COVID-19 – just like this very review is nine months late – Netflix has given us another entry in the Ghost in the Shell concept, Ghost in the Shell: SAC_2045. This one is a direct sequel to 2nd Gig in the Stand Alone Complex continuity – and made by most of its original production team – in CGI form with character designs by the popular Russian illustrator Ilya Kushivnov. Sadly, I think they didn’t translate remarkably well to the 3D graphics, but they are serviceable; don’t be scared by my first impression. I should mention how this CGI version does shine in some scenes like the original SAC never could due to the lack of visual horsepower.

The story of Ghost in the Shell: SAC_2045 is pretty good and really delivers as a sequel to SAC: 2nd Gig, and I would put them at the same level of quality. It’s definitely a must-watch for Ghost in the Shell fans. It should be mentioned this take on GitS is a very fresh one since we are seeing a different side of the dystopian Cyberpunk future the franchise is well-known for and, at the same time, we get to see the Section 9 team doing “freelance” work of sorts, straying far away from the structural bureaucracy under which we usually experience them. I’d venture so far as to say it most definitely is better and far more interesting than the Ghost in the Shell: Arise series, but not as good-looking. 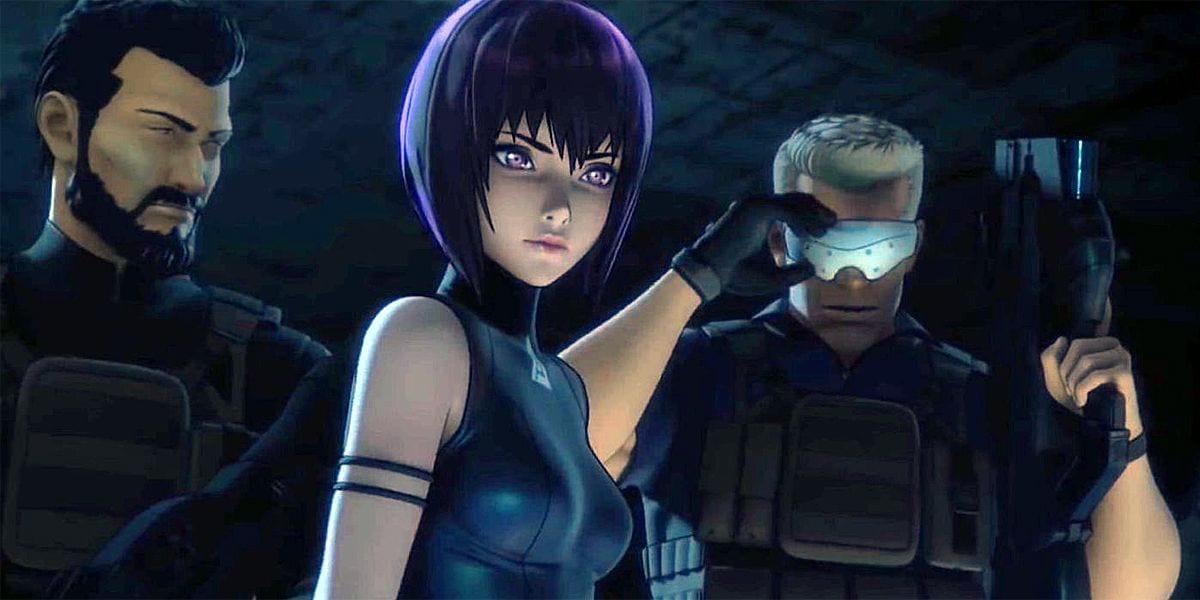 The things I didn’t like about Ghost in the Shell: SAC_2045 were the theme song, which sounds atrocious and out of place, like a SoundCloud rapper song, and how neat and tidy the series looks (the settings in the plot don’t help). I like my GitS gritty, grungy, lived-in. I’m biased towards the look of the original anime too, but this is not God-awful. Like I said, it’s serviceable. It can grow on you (if the CGI topic greatly concerns you).

Netflix has also confirmed there will be another 12-episode-season coming soon. What they haven’t done, sadly, is secure the rights to stream the aforementioned Stand Alone Complex 2nd Gig for most regions, which is way more than an oversight. Having announced they made an effort but couldn’t do it legally would have garnered them a lot of publicity from those who loved those animes and might have gotten them some brownie points with the nay-sayers who only like Mamoru Oshii’s original animation from 1995.

I’m going to take the opportunity to address the -so-called “Ghost in the Shell hardcore fandom” who haven’t even read the original manga or know the 1995 film had a sequel (Ghost in the Shell 2:  Innocence, which wasn’t very good, to be honest). I always find people telling me that the live-action movie is bad because it is not like the original movie – which is a great movie, but it isn’t a faithful adaptation of the manga either. Ghost in the Shell’s creator himself, Masamune Shirow, has explained there is no actual GitS cannon. The stories in the different mediums (video games included) are their own thing because they are different ways to interpret ideas about the future. There is no correct answer. You might not like the live-action film, or Arise, or SAC_2045, for any reason, but saying any of these are bad because they stray away from the first anime flick just lets everyone know you have no idea what this franchise is about or the scope of how many entries it has.

Sorry I had to get this off my chest, but I’ve found many “fans” like that even tell me ridiculous things like “the new versions of GitS forget about the Eastern spiritual philosophy of the story,” which is something no iteration of the franchise ever had. It’s heavily based on western Cyberpunk themes since its inception, and the manga is a known difficult read because it explains in painstaking detail futurist and technological concepts. 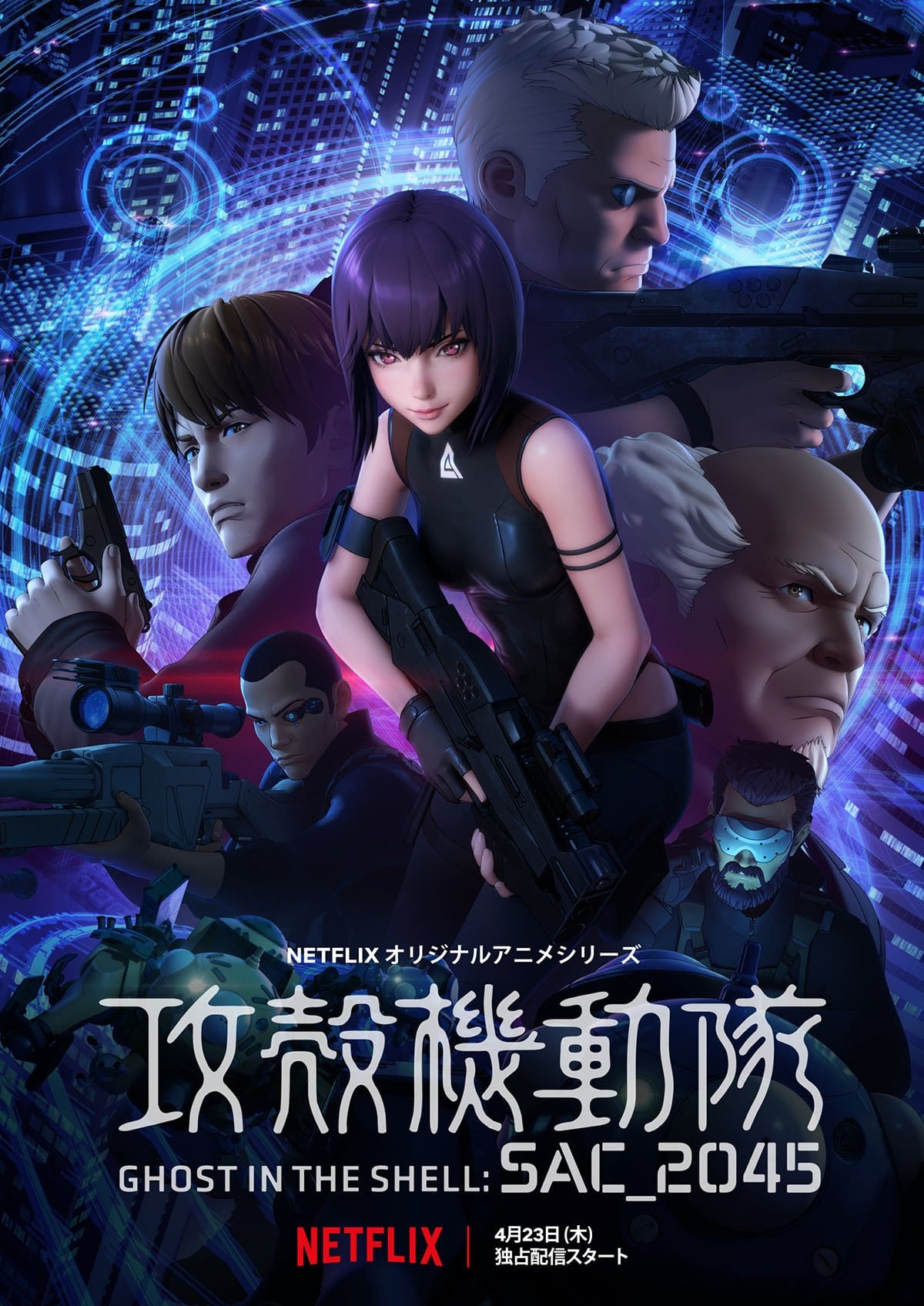 If anything, the new Netflix Ghost in the Shell series is worth it because it expands upon the Stand Alone Complex series with a very original take that doesn’t betray the anime to which it is a sequel.

Am I crazy to think this way? Did this review derail too much? Have you watched Ghost in the Shell: SAC_2045? Let your friends at Geeks +Gamers know what you think down below.

A decent entry in the Stand Alone Complex continuity of the celebrated Cyberpunk franchise.

The simplified CGI wasn’t too bad, but I did not care for the ending.

That’s fair. It wasn’t the best but it did the job.

I didn’t mention movies, my bad. I was thinking in terms of series. But, yes, it is that same cannon.

Well, being a cyborg from top to bottom could mean looking however you want. It’s just the CGI was too cutesy, but It doesn’t take away.