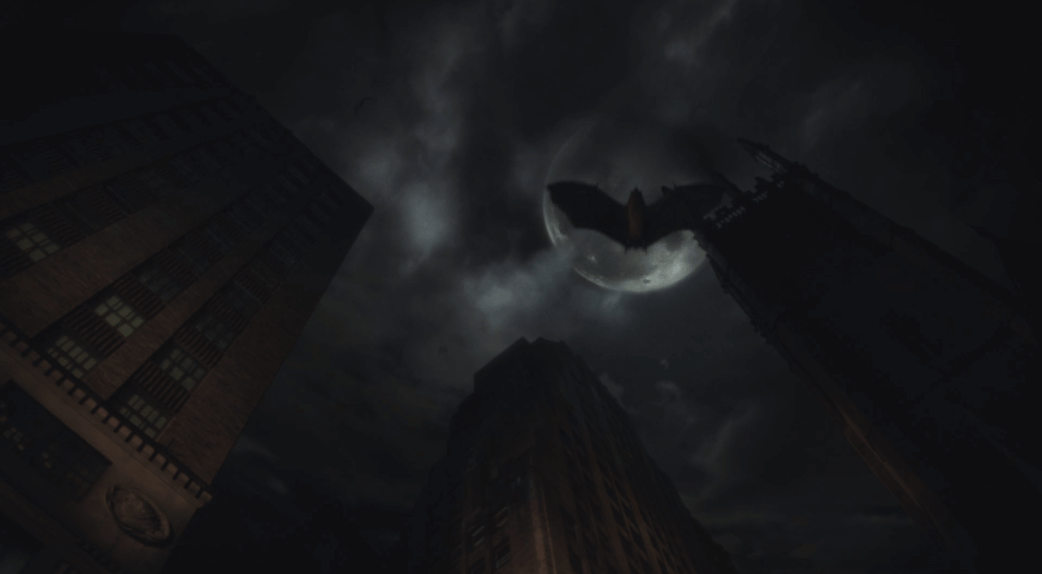 On the last episode of Gotham, Bane’s attack continued, Alfred broke his back, and General Wade ordered an attack on the city. A part of me was a bit miffed about the fact that the producers had insisted on a glorified Dark Knight Rises adaptation, yet I can’t deny that this storyline has served as a great conduit for some fun Penguin and Nygma antics as well as being an excellent showcase for David Mazouz. I had hope that this week’s episode, “They Did What?”, would be more of the same. Unfortunately, that wasn’t the case.

“They Did What?” opens with people gathering outside the GCPD. Inside the precinct, Harvey asks Gordon if now is the time to back out, but of course Gordon is ready to fight for Gotham. Unfortunately, not everyone feels the same way initially as our first scene with Nygma and Penguin involves the pair getting ready to run away. However, it seems that in what I can only describe as a plot contrivance, Penguin has decided to stay put, telling Nygma he cannot live with himself if he watches the city go down in flames. He relays pretty much the same information to Gordon, but despite a couple of good callbacks to the pilot, Penguin’s turn seems as though it’s only happening so that it links up with the season premiere which does not end up going well. I will admit that I enjoyed Gordon addressing Bane before the chaos started about he would’ve been up there with him. While short, I really enjoyed this exchange because it seemed as though he was trying to reach his friend in some way despite all that he had done.

Bruce, who is blaming himself for what happened to Alfred, is trying to figure out a way to negate the military and borrows a page from Jeremiah, something with which Selena is not too thrilled. I loved this idea in part because it shows that even though he’s not there in the flesh, “the Joker” is always on Bruce’s mind influencing his actions, even when the idea isn’t necessarily the sanest. Yet with the help of Selena and Wayne Tech(Called “Project Nightwing”) that summons certain winged mammals, he’s not only able to negate the military but also Bane himself. I was excited to see this fight particularly because of last week’s events. While a part of me felt it was little nuts for the two of them to be going up against Bane at this stage, Bruce used his brain rather than his brawn, something he has been known for throughout the Batman mythology. Once again Mazouz gives a great performance, and I can’t wait to see what he does next.

Meanwhile, as Selena had gone to rescue Lee, Gordon had gone to get Barbara and the baby who had been proclaimed an Al Ghul by Nyssa as a twisted sense of revenge. Fortunately, Gordon and Barbara would not allow that, and they work together to stop the daughter of the demon, but not before she makes it so that they can’t reverse the orders via suicide by General Wade. After Gordon finds out about Bruce and Selena using Jeremiah’s bomb, he goes to face Bane one more time. It almost seems as though Gordon is ready to go down fighting when seemingly all of Gotham joins him in his fight with Bane. He tells his men to fire on the crowd. His soldiers come to their senses and the attack Nyssa had been planning all season has finally been thwarted, though Bruce doesn’t believe things are over. The next few scenes seem to really put a button on the show. Bruce, filled with renewed purpose, decides that it is time for him to train. He leaves Selena (whose portrayer, Camren Bicondova, exited the show with this episode) a note and says goodbye to Alfred who I was pleasantly surprised to see sitting upright.

Gordon, who is now the police commissioner, talks to Barbara and asks her what they are going to call their daughter. Barbara decides on Barbara Lee Gordon so that she will always remember who she can trust in Gotham. This was a great moment, and I really liked how Lee was incorporated into the name thus acknowledging the impact this iteration of the Lee Tompkins character has had on the Gordon family. We also get the third moment this season where Penguin and Nygma reaffirm their relationship. I appreciated the sentiment, but it felt as though the characters have gone around in circles all season. Just when it seemed as though the characters have settled into a dynamic reminiscent of the 1960s TV show, they had to reestablish things once again. The one thing I will give this scene is that Cory Michael Hall was absolutely fantastic as I feel we haven’t really gotten a moment like this with him since he turned into the Riddler.

Despite these last few scenes, this episode felt extremely disjointed. Writer Tze Chun usually does a great job, yet it seems as though he’s run out of steam. I had hoped Chun would go out on a high note, but I’ll still watch whatever show they go to next. Director Carol Banker did an OK job with “They Did What?” but I have to admit there were a lot of inconsistencies in this episode and I feel like they needed to re-watch the premiere again to ensure a bit more continuity. Ultimately, there isn’t a lot of good in this “They Did What?” Despite a great performance from Mazouz and a series of codas that could almost have turned the episode into a series finale, particularly with Bruce leaving to train to become the Caped Crusader, we all love, this episode feels disjointed and is neither Chun nor Banker’s best work. Thankfully we have a long-anticipated time jump next week that will show us how Batman truly begins in the Gotham universe.

I had really hoped Chun would go out on a high note, but I’ll still watch whatever show they go to next. Director Carol Banker did an ok job with this episode but I have to admit there were a lot of inconsistencies in this episode and I feel like they needed to re-watch the premiere again to ensure a bit more continuity. Ultimately, there isn’t a lot of good in this episode. Despite a great performance from Mazouz and a series of codas that could almost have turned the episode into a series finale, particularly with Bruce leaving to train to become the caped crusader, we all love, this episode feels disjointed and is neither Chun nor Banker’s best work.