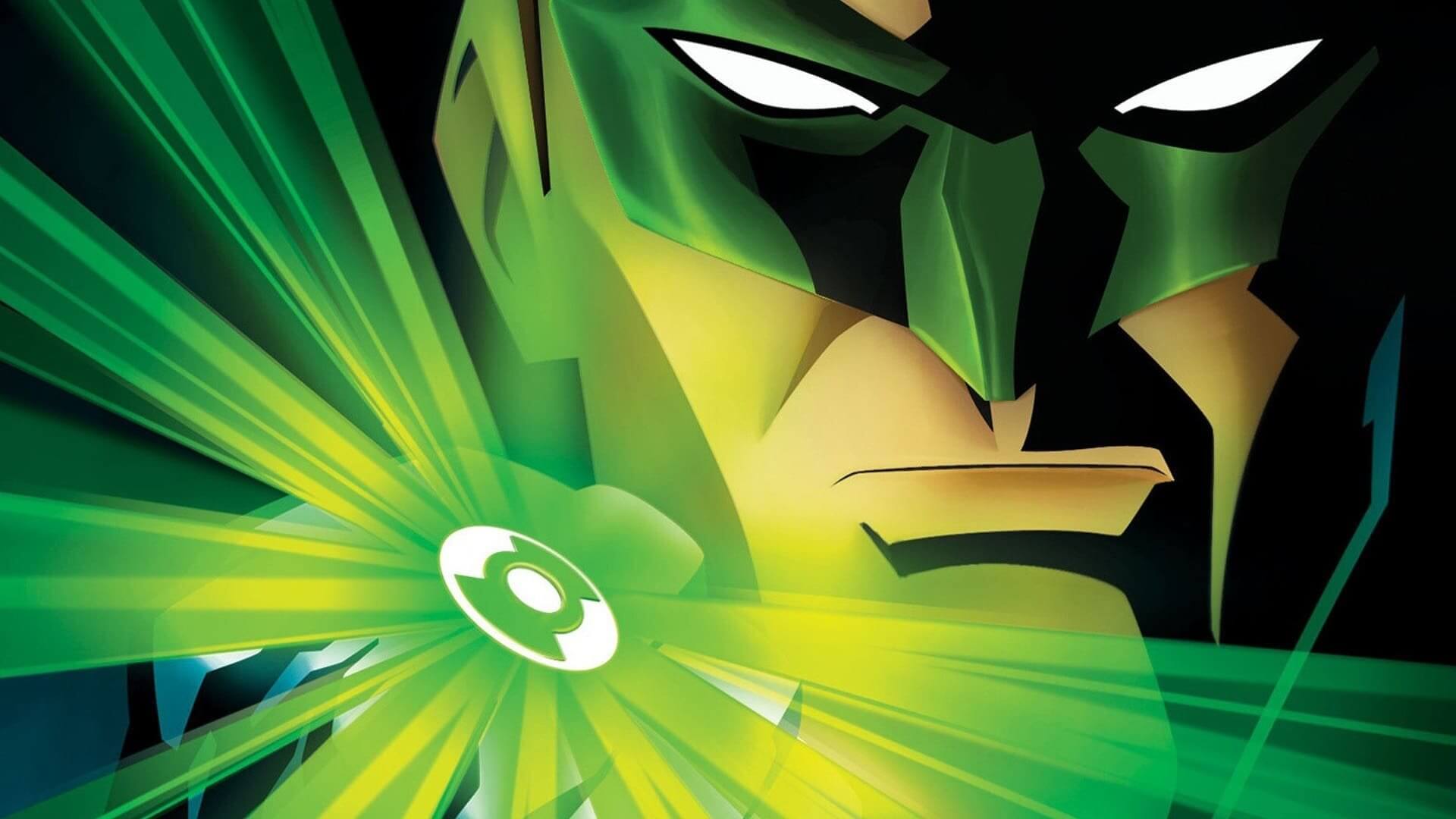 I’ve been fascinated with Green Lantern ever since I first saw Challenge of the Superfriends reruns when I was a kid. As a result, I’ve been fond of Hal Jordan nearly my entire life and would continuously wonder when he would get his due in the modern era. While I loved John Stewart in the Justice League animated series, I missed seeing Jordan on the screen. So when I heard that the Ferris test pilot would be getting his own animated origin story, I was intrigued. With the tenth anniversary of Green Lantern: First Flight nearly upon us, I decided to revisit this, the fifth installment in the DC animated movie lineup, which, as usual, saw the likes of Sam Register and Batman: The Animated Series co-creator Bruce Timm produce, despite the latter’s concluded DCAU continuity. Given his focus on John Stewart, Timm had not at this point gotten a chance to put his mark on the character. While he was able to better add his own style to a later iteration of the character, it still felt right to have his name on the film as a producer, even if Avatar: The Last Airbender’s Laura Montgomery was directing this supposed gateway entry into a well-loved mythology. When you factor in the auspices involved, this should’ve been a runaway success. Unfortunately, that didn’t turn out to be the case.

Green Lantern: First Flight opens with Jordan testing some equipment while also flirting with his boss/girlfriend, Carol Ferris. It doesn’t take too long for Hal’s world to be turned on its head once Abin Sur crash lands on Earth. Once the ring goes on Hal’s finger, the adventure begins, and Hal immediately decides to put his new powers to the test, flying around the skies courtesy of the ring. Eventually, several well-known members of the Green Lantern Corps confront the newest recruit and take him to Oa, where the Guardians must decide whether Jordan will get to keep the ring. As Jordan tags along with Sinestro, he is introduced to a variety of lifeforms that would give any other human pause, which is a big part of the problem with the film. Don’t get me wrong; there’s a lot that works here, particularly Sinestro’s arc. While we don’t agree with his actions, we understand his frustration with the Guardians and his need to make a difference as a Green Lantern. Unfortunately, there are no boundaries with him, and he often goes too far, which culminates in his acquisition of the yellow ring, thus giving birth to his ongoing enmity with Jordan. In addition, there’s a lot of great use of the ring. One of the biggest assets in this side of the DC Universe is the fact that only the limits of imagination can hold back the ring. It’s incredibly exciting to see what each of the Lanterns come up with during each scene, and that really sets the film apart from the myriad other DC animation movies.

All that being said, Green Lantern: First Flight can’t escape its biggest weakness, which, rather than being the yellow impurity, turns out to be Hal Jordan himself. While it’s fun to see him receive the ring, with every scene, the character just feels blasé about the whole situation and falls into place as a space cop all too quickly. While flying would certainly come second nature to a test pilot, there isn’t too much of a learning curve for flying around with alien technology; it can almost be argued that that the two are interchangeable. While that may be the case for a more experienced Green Lanterns, this isn’t that story, though this is seemingly ignored. Given the fact that this was an origin story, Jordan should serve as the audience insert into this world; instead, we’re instantly thrust into the adventure, almost disregarding Jordan neophyte status. While the film does a good job of showing us why Jordan will eventually take Sinestro’s place as the greatest Green Lantern in the mythology, none of it feels earned, and at times it feels rushed. Green Lantern: First Flight was a chance to really explore Hal Jordan, yet because of a perception that the character’s origin was already covered enough throughout a previous film in the line, the movie was shortchanged and suffered in overall quality. I suppose it can be argued that aliens are not a rare occurrence in this universe, but given the fact that this film was released long before the current ongoing continuity, it should be treated as a standalone, and watching other movies in the line really shouldn’t be a requirement. 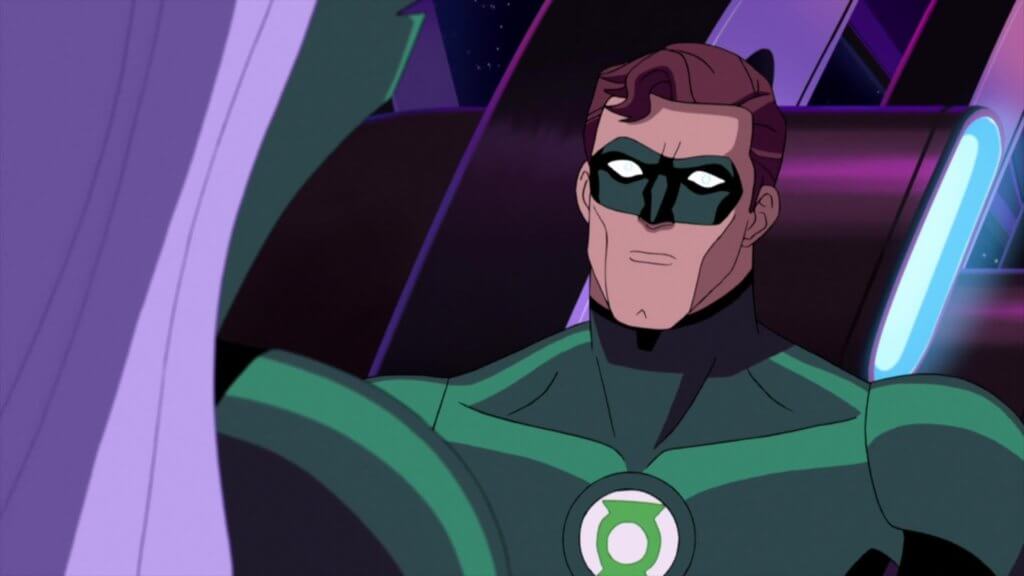 Unfortunately, a big part of this inadequacy is down to writer Alan Burnett. Burnett had an interesting take on the mythology: Training Day in space, with Sinestro taking on the Alonzo Harris role. Throughout Green Lantern: First Flight, several parallels are made to the cop genre (ie, Hal referring to the sectors as precincts); this is incredibly effective, yet it cannot be understated how thin the script is in terms of its characters. At times, it feels as though Burnett was more concerned with Sinestro than with Jordan, and while they might have been OK if this were, say, a “Sinestro Corps War” adaptation, the focus should’ve been on Hal’s journey as a Green Lantern and truly made us identify with the character. Director Laura Montgomery does little to elevate the project. Yes, the visuals are impressive and harken back to 2D animation’s heyday, but the original Green Lantern of Earth deserved better than this outing could provide.

Green Lantern: First Flight had a lot of potential. Despite decent voice work and a great arc for Sinestro, the film often forgets who the main character is and instead relies on the police procedural genre to give fans a fresh take on a mythology that ultimately falls short. Thankfully, DC animation has learned from the mistakes made here, but it’s a shame a thin lead character impeded what could’ve been a classic of DC animation.

Green Lantern: First Flight had a lot of potential. Despite decent voice work and a great arc for Sinestro, the film often forgets who the main character is and instead relies on the police procedural genre to give fans a fresh take on a mythology that ultimately falls short.