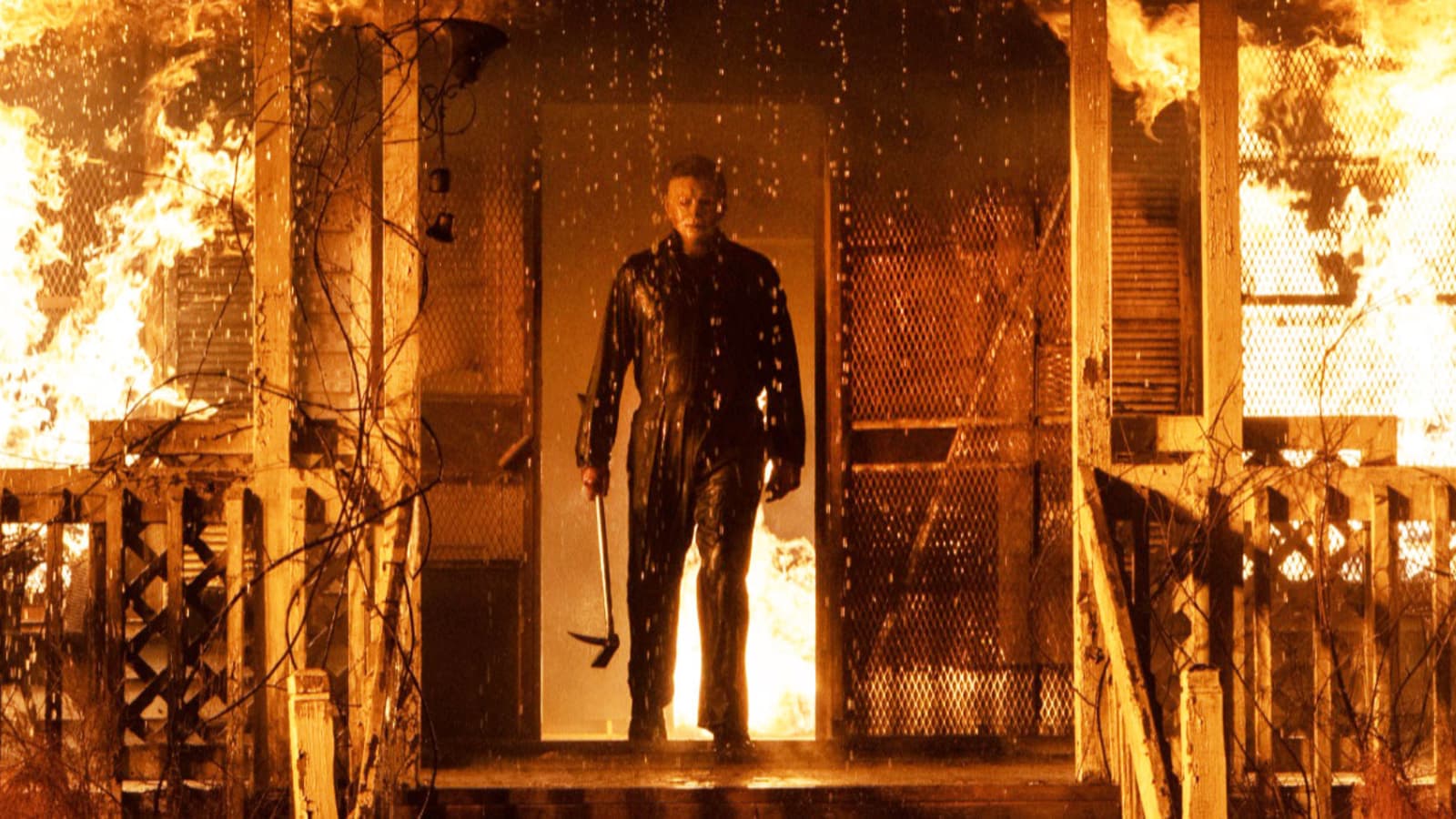 Michael Myers, AKA The Shape, is the very face of Halloween and horror. His iconic white mask is everywhere, especially in the fall. He’s been a horror icon for 40 years, bringing terror into the hearts of teens and adults everywhere since 1978. The last 40 years have seen a total of 12 Halloween movies, including two “reboots” by director Rob Zombie. Those didn’t do so well with fans, mainly because he tried to make the iconic killer sympathetic (insert eye roll here).

In 2018, Blumhouse Productions released a new movie. But this time, instead of a full-blown reboot, it was a sequel. A direct sequel, in fact, to the very first Halloween that erased all of the other movies from the timeline. No, seriously, all nine movies that were released after the original are not considered “canon” any longer. This new movie, adeptly named Halloween (I know, I know), also erased the idea that Laurie Strode (Jamie Lee Curtis) and Michael Myers were brother and sister. Now, personally, I found that rather disappointing, as I liked that little plot twist. But it wasn’t something that really affected the overall story of how evil Myers is, so it didn’t really matter (I’ll always have you, Halloween II). This was a big draw for many fans of the franchise; Strode and Myers being related has been a pretty big debate topic amongst fans for decades. With Jamie Lee Curtis back in the spotlight as Laurie Strode, Halloween 2018 went on to earn 255.6 million dollars worldwide, becoming the highest-grossing film in the franchise. It also cinched two sequels to round out the story: Halloween Kills, which was released this month, and the upcoming Halloween Ends, scheduled for release in 2022. 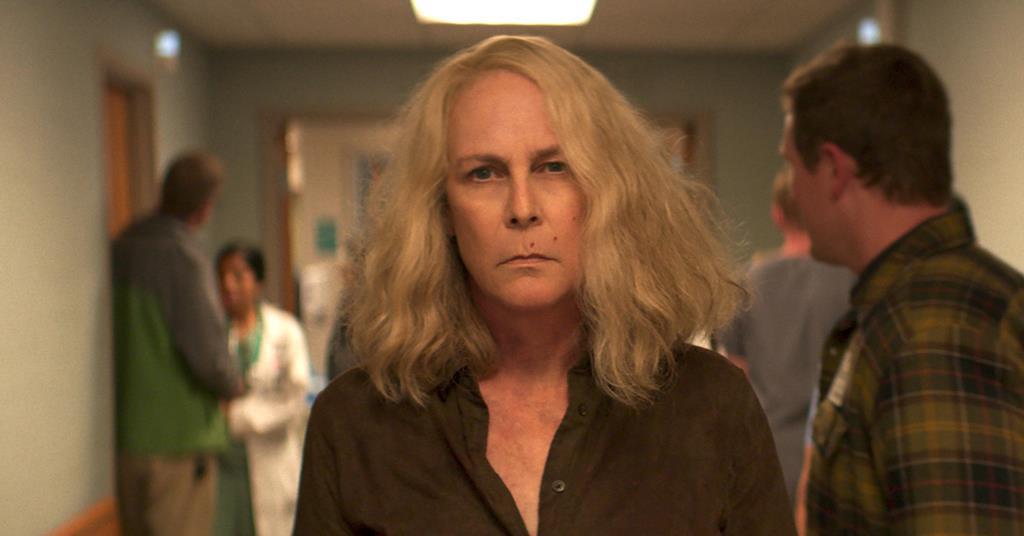 Halloween Kills picks up mere moments after Halloween 2018 ends, with Myers trapped in a burning house and Strode and her family escaping. Firefighters rush to the scene (bless them), where they are promptly and brutally murdered by Michael, and we’re off to the races in the first ten minutes. Fans get hit with nostalgia quite a bit in Halloween Kills; movie prosthetics, makeup, and an incredible voice actor bring back a fan favorite in some flashback scenes to expand on the gaps between 1978 and 2018. I genuinely thought at first that they had used CGI or old footage never seen before to make this happen; the makeup and prosthetics were that good. We follow Laurie’s daughter Karen (Judy Greer) and granddaughter Allyson (Andi Matichack) as they join forces with original characters Tommy Doyle (Anthony Michael Hall), Lonnie Elam (Robert Longstreet), Sheriff Leigh Brackett (Charles Cyphers), and Nurse Nancy Stephens (Marion Chambers) to take down Michael once and for all. Longtime fans will recognize Marion and Charles’ names; they are the original actors from Halloween (1978), returning to reprise their roles. As a longtime fan, this was very cool to see.

The central theme of this movie is fear. I’m not talking about jump scares here, although there are a few good ones. I’m talking real fear, the kind that activates your fight or flight. The town of Haddonfield has had enough of Michael’s killing and decided on the fight option, which is a bold move coming from such a small town. (Embodiment of evil, remember?) Hey, at least they tried, right? Good for them.

I love the Halloween movies. Not all of them, mind you. (Honestly, what even was Halloween 3?) Still, the ones that follow Laurie’s story and how she’s coped with Myers’ reign of terror (Halloween, Halloween II, and Halloween: H20, specifically) over the years are my favorites. That’s why I loved Halloween 2018 so much as well. We get a very realistic look at what someone who’s survived that kind of trauma may be like, and it honored the original Halloween really well. Halloween Kills, while mostly good, has quite a few moments that made me sit back and go, “Why?” For instance: they changed Myers’ MO when it comes to killing. In previous movies, he would kill someone and just leave them as is, but in this movie, he stages bodies and dresses them up in costumes. I’m not sure if that was done to show that he’s evolving or just to “spice things up,” as it were. But as a lifelong fan, it was a little jarring to see such a random change without any explanation as to why. The flashback scenes aren’t explicitly explained, so to me, it looked like they were retconning even more of the original movie. It turns out this was not the case, but I had to Google search it in order to understand that it was expanding upon the story, not erasing it. 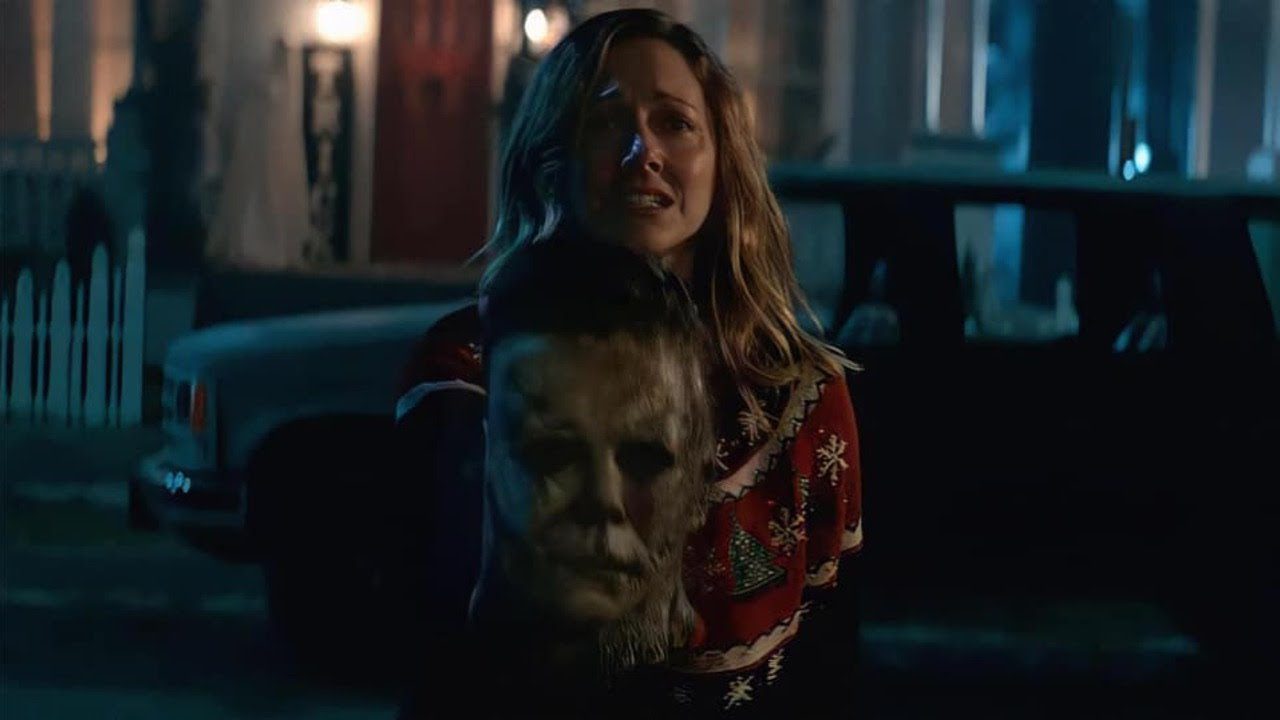 The movie is about an hour and forty minutes or so, which is relatively short nowadays. I feel like they could have fleshed out the flashback scenes a bit more instead of spending the runtime on other things like dragging out the deaths of a couple living in Myers’ house. The other thing I found disappointing was the lack of Jamie Lee Curtis in this movie. Halloween Kills focuses more on the town of Haddonfield rising up against evil rather than its heroine, which could have worked well if balanced correctly. I really enjoyed everything else, though. There’s a predictable yet somehow unpredictable twist ending that sets up the third and final film that’s great. Overall, the film is a typical slasher movie, which is a good thing. If you’re a hardcore fan like I am, you can look deeper into it, but if not, you can enjoy Halloween Kills for the slasher film that it is. There’s a lot to like about it: the kills are brutal, Myers is just as terrifying as ever, and the unity of Haddonfield against a vile killer really tugs at the heartstrings.

Overall, the movie is a solid addition to the Halloween franchise. I can’t wait to see where the final installment leads and the ending it gives us after all this time.

Halloween Kills is in theaters now.

Halloween Kills, while mostly good, has quite a few moments that made me sit back and go ‘why?’.