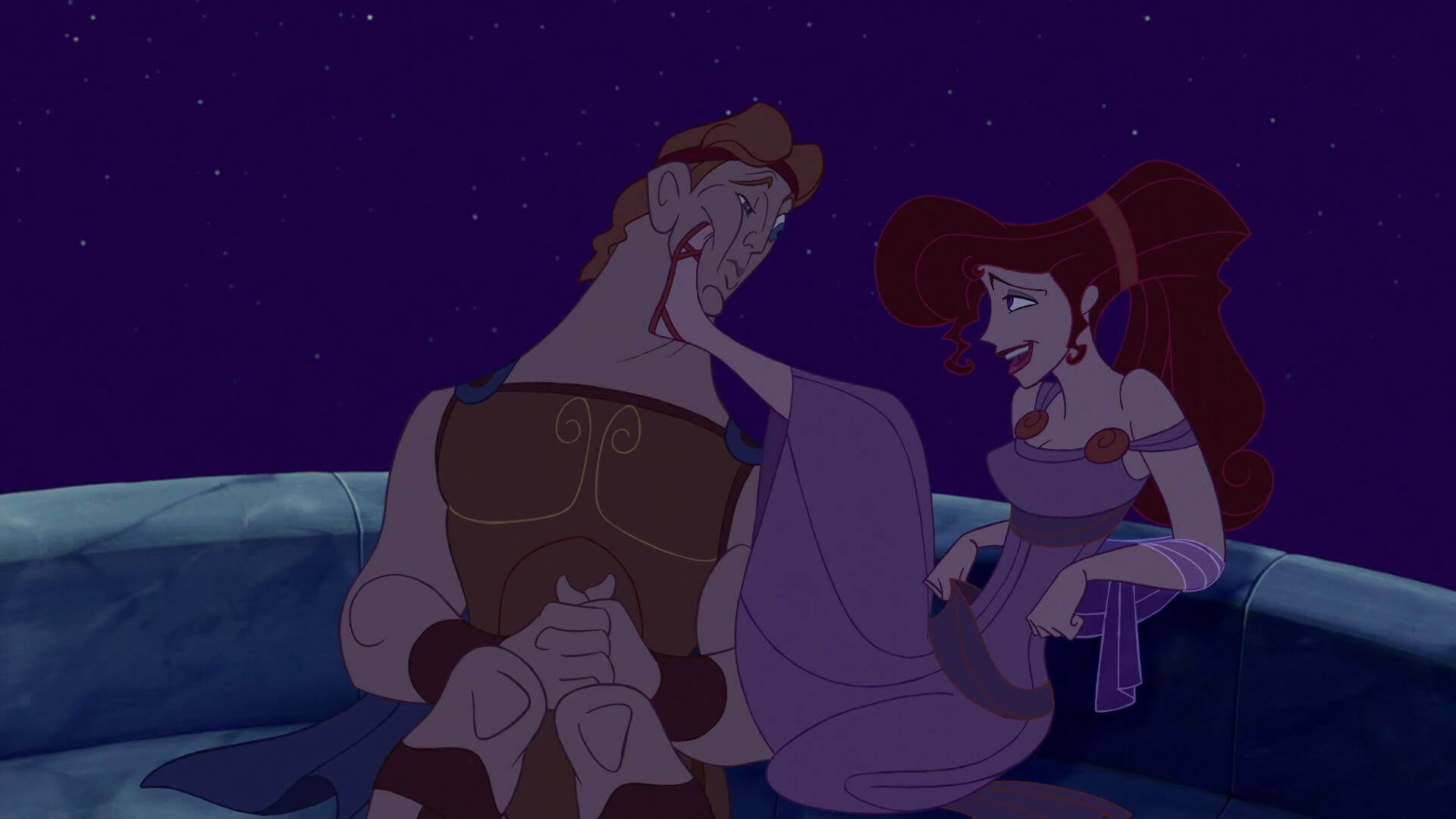 The 1990’s were a turbulent time at Walt Disney Animation Studio. 1989’s The Little Mermaid had laid the groundwork for what animation historians now call the Disney Renaissance. Beauty and the Beast, Aladdin and The Lion King were all huge wins for the studio, each a bigger success than its predecessor. But nothing lasts forever, and Pocahontas ended the amazing run of hits that had revitalized the studio. Pocahontas was a modest financial success and was not nominated for best picture at the Academy Awards like the studio wanted, and they had a similarly dark and serious movie – The Hunchback of Notre Dame – coming out the following year. Suffice it to say, as studios always do, they took the wrong message from this string of events and decided to go full silly. After all, Hercules is more comedic and light in tone than anything from the  Disney Renaissance, even Aladdin, which had the same directors and a lot of similar story elements. 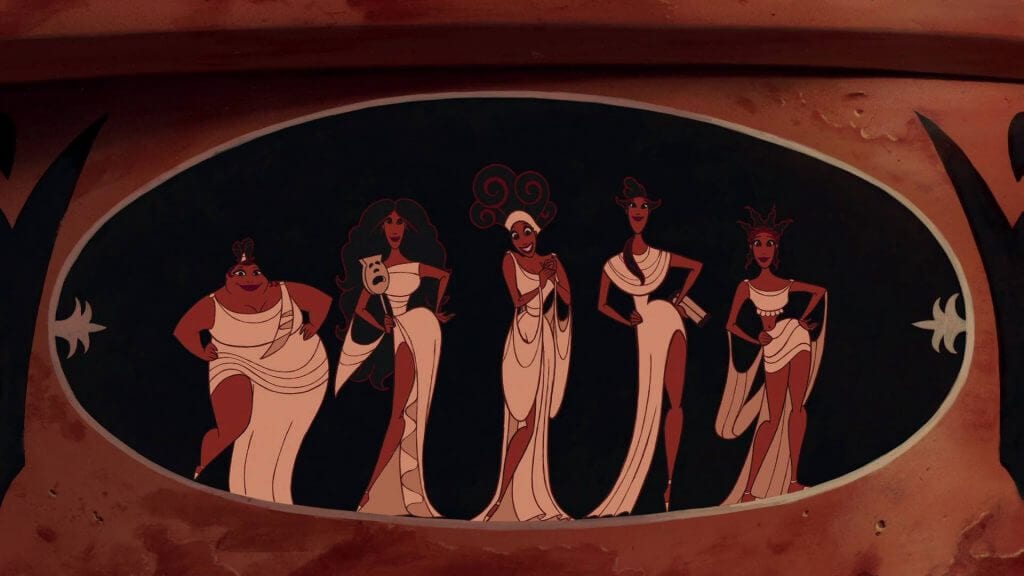 Hercules opens with a dramatic narration by Charleton Heston that is almost immediately interrupted by five sassy, gospel-belting muses. They scold him for making it sound like “some Greek tragedy” and acquaint the audience with the Disney version of Greek Mythology, where the Titans were enormous elemental monsters terrorizing the humans until Zeus locked them in a cage beneath the ocean. We are then introduced to Mount Olympus and the Gods currently residing there, including Zeus and Hera, who are welcoming their new son Hercules. Hades, Zeus’ jealous brother and God of the Dead, sends his own minions to kidnap the baby after the Fates reveal that that Hercules can stop Hades from taking over the world. Through a series of mishaps they turn Hercules into a mortal, leaving him with only his god-like strength. As a teenager Hercules struggles with fitting in, clumsiness and being himself. Everything changes when Hercules learns he’s the son of Zeus and seeks training from Philoctetes. With his help Hercules becomes a hero, defeats Hades and wins the love of the icy Megara.

This movie is enjoyable, but it’s really weird, especially by Disney standards. There are certainly hallmarks of the Disney style present, such as the silly sidekicks and grand musical numbers. But the film’s art and character designs were done by Gerald Scarfe, best known for designing Pink Floyd’s The Wall. The soundtrack is also a mixture of pop, gospel and motown. The supporting cast are voiced by Rip Torn, James Woods, Danny DeVito and Wayne Knight. Story and thematic influences include Richard Donner’s Superman and its sequels and the Rocky films.  In a way it’s really admirable how off-the-wall this movie can be. Some of the choices here just don’t make any sense, and it doesn’t all quite come together in the end. But not all of the unconventional aspects are bad.

The MVPs of Hercules are James Woods as Hades and Susan Egan as Megara. Rather than playing Hades as the traditional Disney villain, Woods plays him like a used car salesman or a defense lawyer. His end goal is to take over the world, but to do so he’s always bargaining with people. And what’s interesting is, strictly speaking, he plays fair. He does deceive people a couple of times, but Hercules is technically the one who breaks their deal in the end. At times in the movie, one almost feels sorry for Hades; the amount of BS he has to put up with is just monumental. From Pain and Panic being morons, to the Titans having no sense of direction to Meg going soft for Hercules, this guy just can’t get anything done. 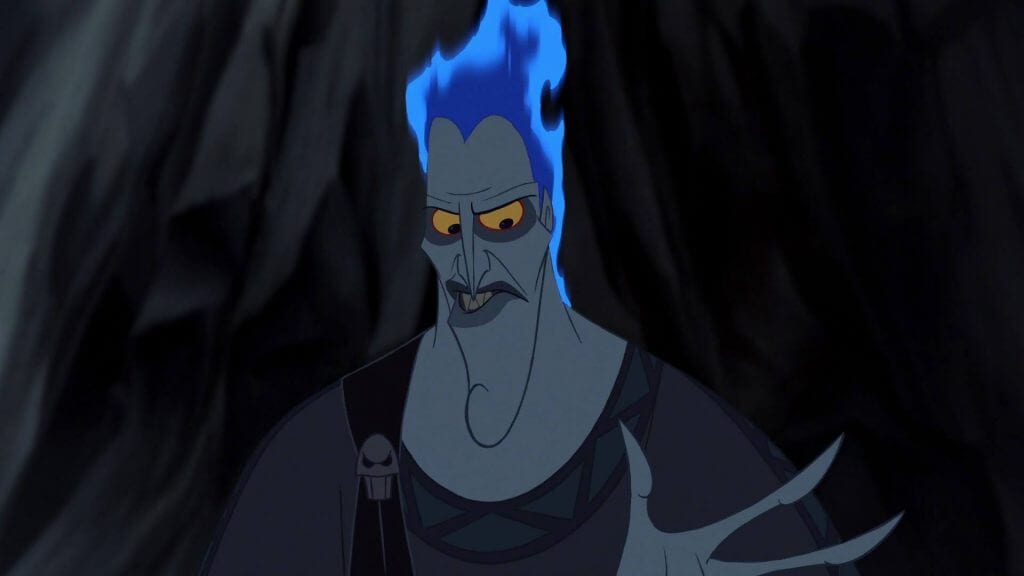 Megara is a really unique character for Disney. She’s sarcastic, sexy and starts out as a henchwoman for Hades. She sold her soul to him to save the man she loved, only to watch that man run off with another girl. While characters like Jasmine, Pocahontas and Esmeralda were sexualized by the men around them, Megara sexualizes herself and uses her appearance as a weapon. Not necessarily a new or groundbreaking idea, but certainly not one you often see depicted in sympathetic characters in Disney movies. What she does is called out and she has to apologize, but you can sympathize with her. When you realize what her situation is, her actions make sense. And once she really starts falling for Hercules she tries to betray Hades. The problem is, by that point it’s out of her hands.

As much as I like Hades, I think Megara is the standout character. She’s easily the most complex of everyone, she has a killer design and sings the best song in the film, but she’s also the character who changes the most. In the beginning (or rather early middle, when she’s introduced) Meg is a jaded cynic who’s had it with men and pretty much everybody else too. In playing Delilah to Hercules’ Sampson, she finds something unique in him and tries to make things right. She sacrifices her life to save Hercules and restore his strength and even after being revived, is willing to walk away and let him lead his life as a god just to see him happy.

Maybe the movie should have been about her. The film’s eponymous hero is much more conventional in a lot of ways, but that’s not always a good thing. Hercules is handsome and has good intentions, and that’s really all he has going for him. The film repeatedly goes out of its way to show us how dumb he is. It’s supposed to be endearing or make us feel sympathy for him, but it ends up being somewhat annoying. When Herc is a teenager the townspeople don’t accept him and scold his father for bringing him around “normal people,” but in context it’s actually kind of reasonable for them to feel this way. Hercules is obsessed with helping people, but it always has disastrous results. 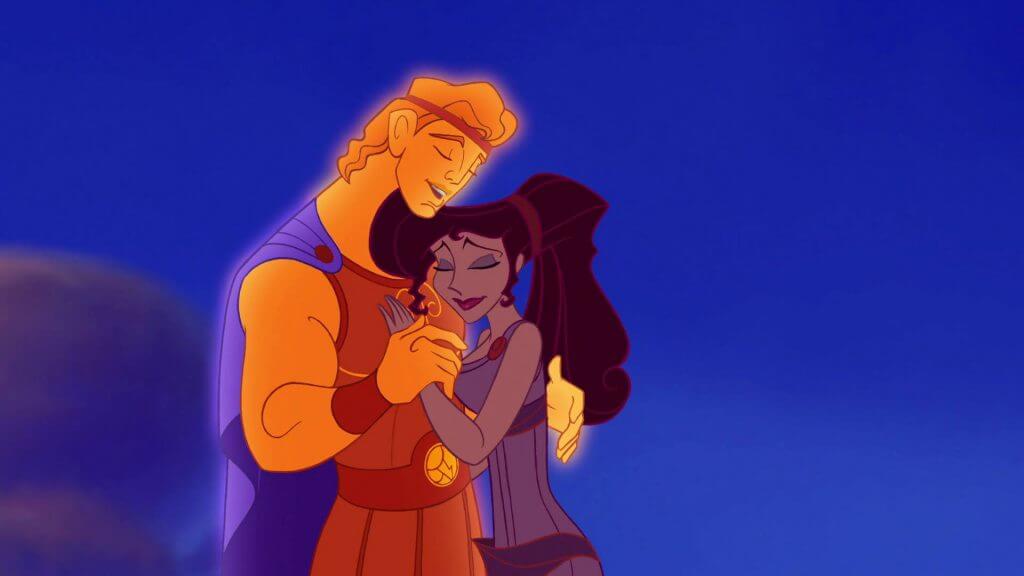 His character arc, like Simba’s in The Lion King, sounds good on the surface but makes less sense the more you think about it. Hercules wants to become a true hero so he can join the Gods on Mount Olympus and be where he belongs; he even sings a song about it. One problem with this goal is that it’s kind of selfish, and he’s basically saying he wants to help people to benefit his own agenda. That’s kind of messed up. When he commits acts of heroism, he doesn’t get to become a god because he hasn’t become a true hero yet. This could have made for an interesting turn in the story, but it doesn’t because of how they frame it. We’re meant to cheer for Hercules and be happy when he becomes a true hero. (Also, why do they word it like this?)

To make a more satisfying hero’s journey, Hercules should have started out as a selfish punk who learns a lesson about what really makes you a hero. When he doesn’t get to be a god for the acts of heroism, they could have made a comment about him doing good things to get rewards of fame and fortune,  and that’s why he’s not a true hero. This would be where he learns something and has a change of heart and motivation. But Hercules didn’t do those things for fame and fortune, and having these things doesn’t change who he is. Even in the end when he is offered godhood for risking his life for Megara, the happy ending has a bitter aftertaste. Sure, he risked his life for the woman he loves, but wouldn’t it mean more to do that for a complete stranger? And even still, he made a deal with Hades that he immediately broke when he left the Underworld with Meg. I don’t necessarily hate Hercules, but I don’t understand how we’re supposed to like him either. He’s basically Ariel with a lower IQ.

Characters like Zeus, Hera and Hercules’ adopted parents Alcmene and Amphitryon don’t have much of an impact. This could have been an interesting plot point concerning how Hercules feels about his biological and adoptive parents, but it isn’t addressed at all. Being raised by someone other than your biological mother and father is a common theme among many Disney movies, and it’s usually handled a lot better than this. 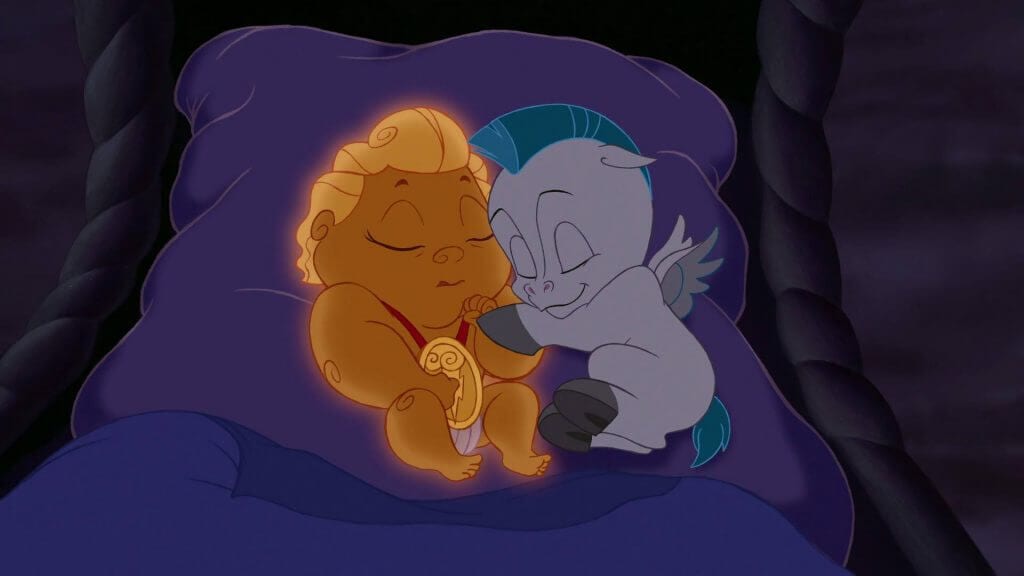 Hades’ sidekicks Pain and Panic are actually funny sometimes, and I like their designs. However, Phil, Hercules sidekick/trainer who is basically Mick from the Rocky movies, is just plain annoying. He sings what has to be not only the worst song in this movie, but one of the worst Disney songs ever. He’s a jerk, he creeps on all the female characters, which is intended to be funny/charming, and his relationship with Hercules isn’t developed in any interesting way. You could just cut him out of the film and not only would you not miss anything, but the movie would be better for it. Pegasus is similarly grating, but not quite as bad because he can’t talk (or sing), thank God. He’s also involved in some of the film’s comedy relief and it always falls flat. His disdain for Megara is pointless and leads nowhere, as in the end he inexplicably likes her all of the sudden.

Overall, Hercules is a mess of influences and ideas that don’t always add up in the end. There’s brilliance in a couple of the songs, the art design and the character of Megara, but some of the creative choices just don’t make sense. Ultimately, you’ll either find this movie to be the fun kind of crazy or trash that just doesn’t work for you. Personally, I think there’s enough good here to justify a watch.

Overall, Hercules is a mess of influences and ideas that don’t always add up in the end, but personally, I there there's enough good here to justify a watch.