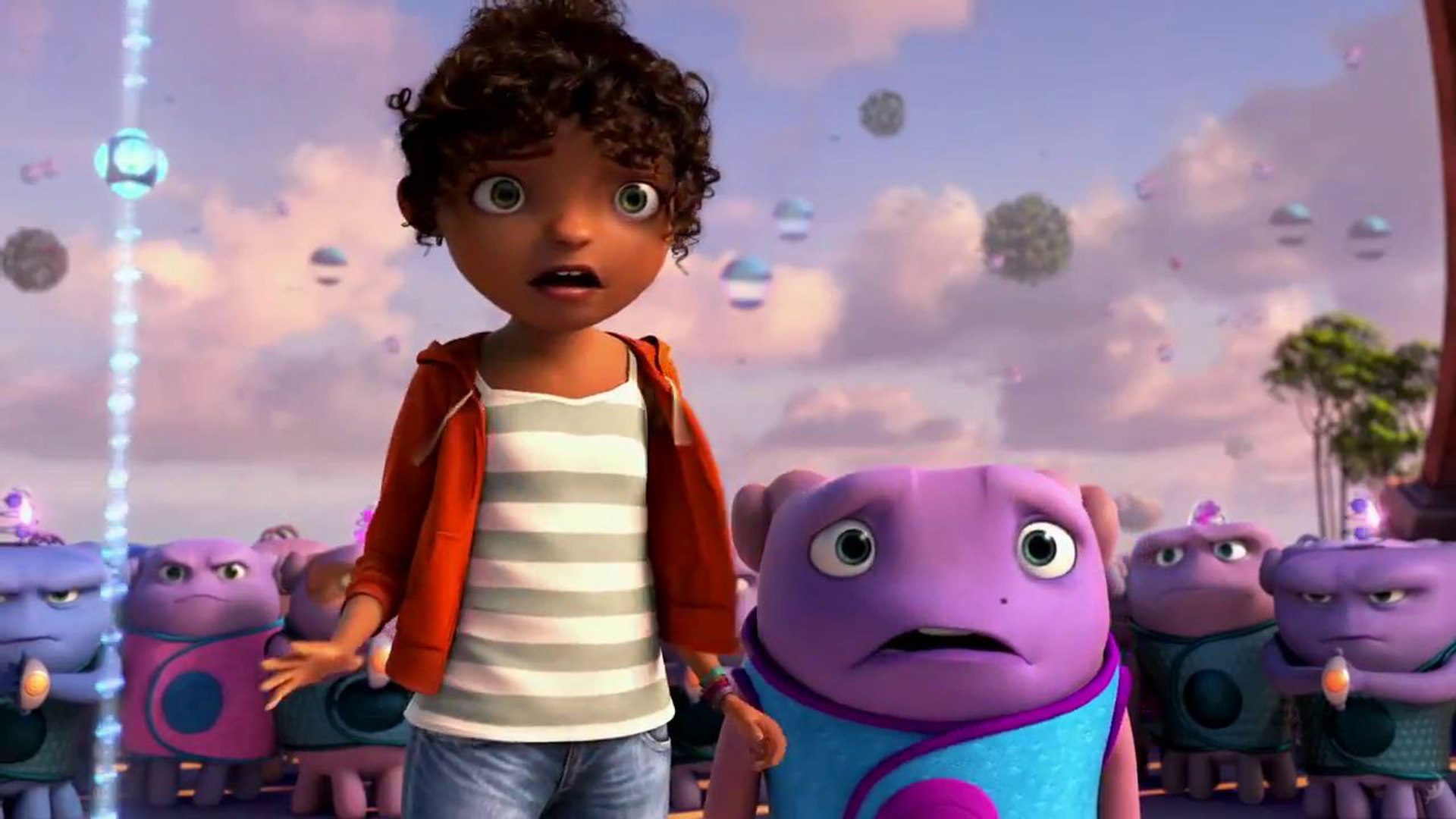 DreamWorks‘ Home didn’t appeal to me at all in its marketing, and I haven’t thought much about it since its release. I distinctly remember feeling like this film was only interested in the youngest viewers judging by its lowbrow humor and simplistic character designs. The stunt casting of Big Bang Theory star Jim Parsons and pop superstars Jennifer Lopez and Rihanna was also a huge turn-off for me. I have nothing against these individuals in general, but they don’t strike me as voice actors. This would hardly be DreamWorks’ first time going for big names rather than the best person for the role. Regardless, I’m giving Home a fair shake like all the other DreamWorks movies I haven’t seen before. Many of DreamWorks’ films are bad or just not my cup of tea. However, this is the animation studio I most associate with making great films out of seemingly ridiculous ideas. Home is an adaptation of children’s book The True Meaning of Smekday by Adam Rex. Let’s dive in.

The Boov are a race of aliens invading Earth to flee their enemies, the Gorg. They look cute and speak in endearingly broken English. However, the Boov plan to force all humans to live in a designated Australian outpost and keep the rest of the planet for themselves. Home follows Oh (Jim Parsons), a Boov who doesn’t fit in. He wants to befriend everyone and makes a lot of mistakes, something the Boov don’t allow. By chance, Oh runs into Tip (Rihanna), a young girl and the only human who wasn’t forcibly relocated. The two strike a deal to find Tip’s mom, and an unlikely friendship blossoms. 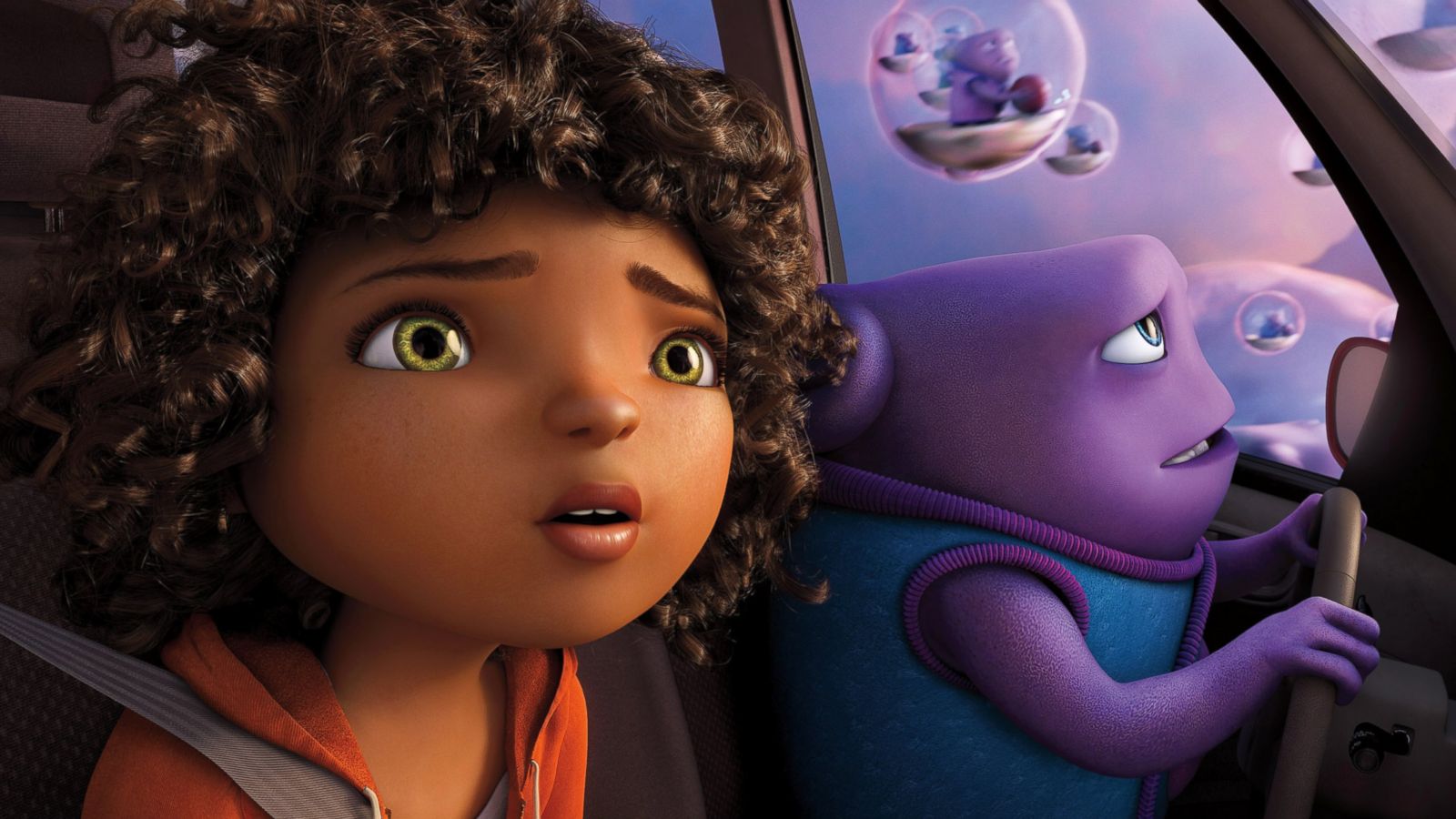 The animation in Home is unremarkable. Details like hair look decent, especially Tip’s thick curls. I really don’t like the character designs in this film, human, alien, or otherwise. I get the sense that a lot of the design work on Home was meant to look like a child could have drawn it, with lots of simple patterns and undetailed faces. If these design choices served the story or weren’t quite this boring and uninspired, I could let it slide. In fact, I like several animated movies that don’t sport particularly impressive visuals. But Home’s lackluster aesthetics are perfectly analogous to the mediocrity that lies beneath the surface. The film’s original music by Lorne Balfe and Stargate is a mixed bag. There are some decent score pieces here, though the occasional humming of the five-note sequence from Close Encounters of the Third Kind was distracting. I don’t understand why this reference was made. I can’t imagine Home having a significant adult following, and kids wouldn’t catch this, obviously. Repeating one random callback to another movie about aliens doesn’t add much to the experience for anyone who may be watching. Some tracks just aren’t very good in their own right. My biggest complaint with the music is the choice and frequency of songs. Home is positively overflowing with pop tracks, most of which are well-known Rihanna radio hits. It’s like they offered to center the entire movie around her, a la Beyoncé in The Lion King. I guess this must work out well for studios and performers financially, but it’s not in the movie’s best interests artistically. It’s distracting and drags down the experience if you don’t like this style of music. 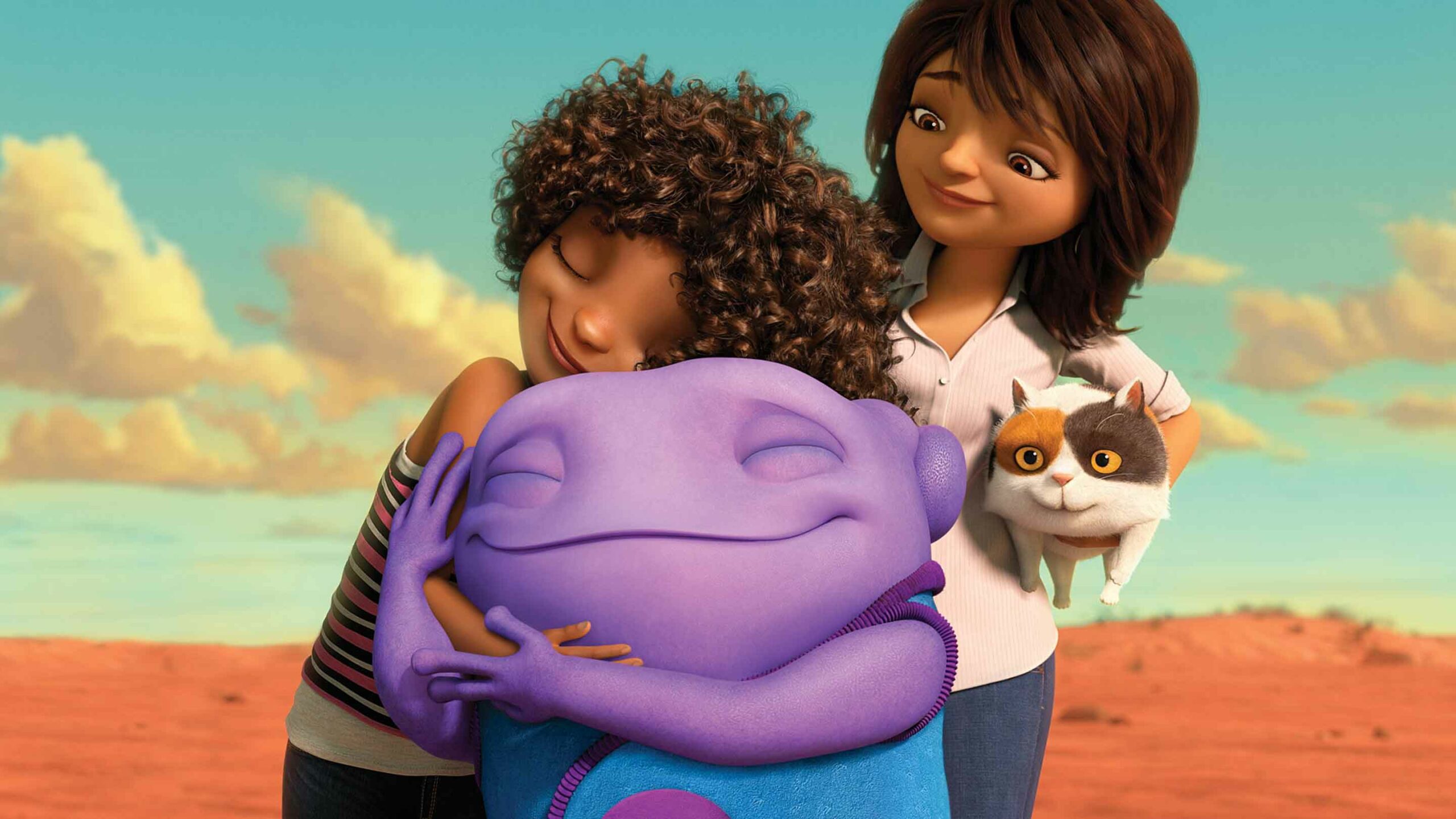 My main concern going into Home was that the random assortment of 2015-relevant celebrities making up the cast wouldn’t provide good performances. I don’t know enough about Jim Parsons, Jennifer Lopez, or Rihanna to say if they’re good actors at all, let alone voice actors. But when big stars are cast in animated movies, I tend towards skepticism. It seems like a cynical and money-driven choice, although there are exceptions. Now that I’ve seen Home, I was absolutely right. Parsons brings the most personality and enthusiasm to his role out of the main characters. Oh is annoying, and his speech pattern gets old quickly, but at least it’s something. Rihanna seems to be playing herself as Tip. She doesn’t sound like a kid at all, and her chemistry with Oh is nonexistent. Elements of Tip’s past, like being from Barbados and raised by a single mother, are also straight out of Rihanna’s life story. I don’t necessarily dislike this in theory, but it reinforces my belief that Home was in part a vanity project for the vocalist. I wouldn’t mind if her performance was good or even convincing given the character’s age, but alas, no such luck. Jennifer Lopez isn’t in the movie much as Tip’s mom Lucy, and her performance is just okay. The main problem here is that Rihanna has no chemistry with her costars. Steve Martin plays Captain Smek, and he’s another disappointment. I blame this less on the actors than the writers, director Tim Johnson, and the movie itself. There’s no creativity or passion in these characters and their story, and that’s not something actors can remedy alone. 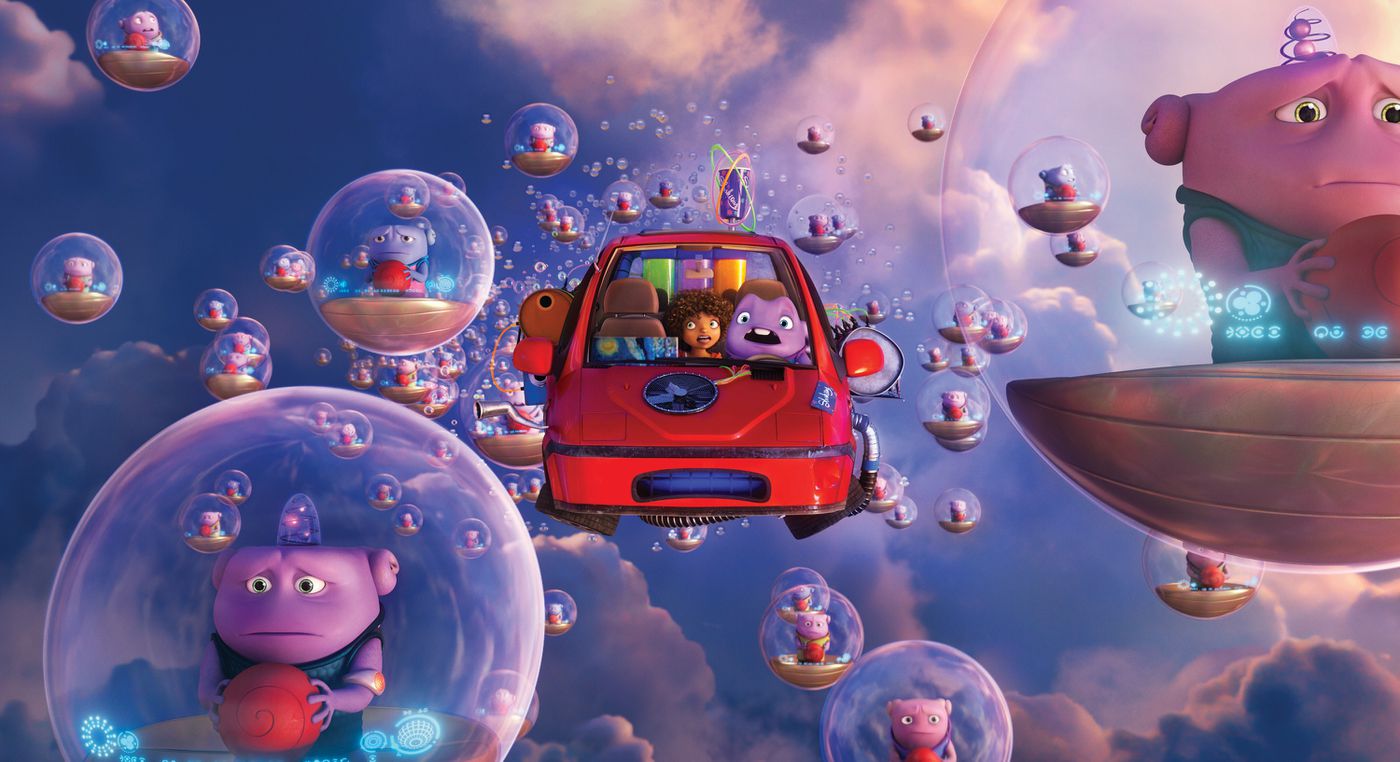 The worst thing about Home is its willingness to settle for the bare minimum in every way. The story suggests some compelling themes; there’s a clear element of colonialism in the Boov takeover. The characters overtly discuss how wrong it is for the aliens to show up, relocate humans, and take their stuff. There’s also the contrast between human family dynamics and the isolation of individual Boov. Oh’s mistakes (and Boov’s intolerance of them) are a frequent topic of discussion throughout the film. Why introduce these ideas, any of which would make for an interesting movie, just to ignore them or leave them unresolved? Home presents the Boov as invaders, but this is all pinned on Smek in the end. There’s no exploration of why the Boov do what they do, why they don’t have family units, or why they see other species as expendable tools to use as they will. Home is a vapid, bland, forgettable exercise in exploiting the lowest form of children’s entertainment.

Altogether, I’m genuinely shocked. I never sought out Home and didn’t particularly want to see it, but it’s worse than I could have imagined. Don’t watch it and don’t show it to your kids; they deserve better.

Home is one of the worst films I've seen in a long time. This is the type of movie people defend by saying it's just for kids, which is unacceptable.