REVIEW: House of the Dragon – Season 1, Episode 3 “Second of His Name” 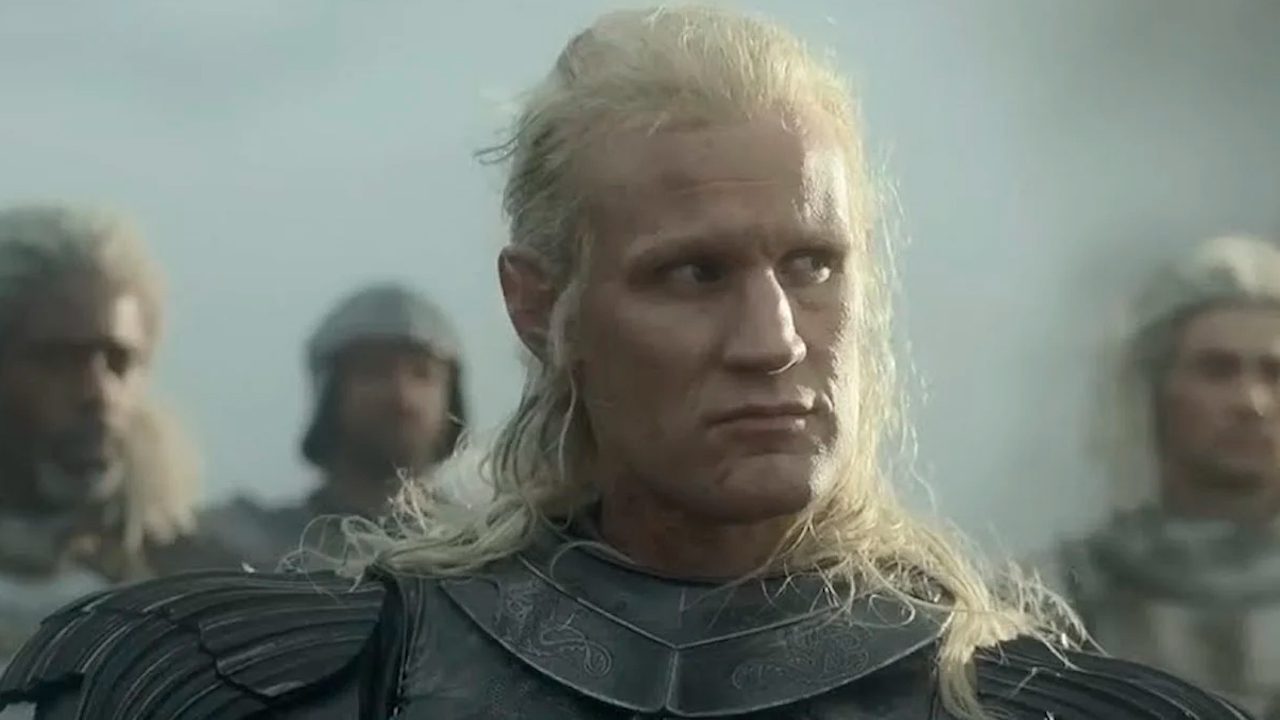 The newest addition to HBO’s House of the Dragon, “Second of His Name,” is out, and to the shock of many, this episode is good. The dragging setup from the previous episodes has been left behind in favor of excellent dialogue, character development, and good action. To be fair, “Second of His Name” does not live up to the best of its predecessor, Game of Thrones, yet it gets all the simple things right, which seems so foreign in modern Hollywood. Recommendations for the hesitant to watch the show must be reserved until the whole season is released. However, this episode can easily be recommended in singularity, as it offers so much to the audience in the form of intrigue, characters to get invested in, and engaging action.

It must be noted that a degree of bias and “starving man in the desert syndrome” may have affected the general consensus on this episode, considering the recent abysmal release of The Lord of the Rings: The Rings of Power. Nevertheless, talking objectively and considering the innate quality of the writing, it’s unlikely that this bias is enough to overcome the undeniable talent behind “Second of His Name.” House of the Dragon has thus far proved its superiority with writing that is leagues better than its contemporary competition.

“Second of His Name” picks up three years after the previous episode with the war in the Steps going poorly, the Crab Feeder holding off the might of the Sea Snake and Daemon with relative ease. Concurrently, the king’s new son has reached his second name day, and a celebration commences to commemorate this milestone. Princess Rhaenyra fears that she will be replaced as heir by this new son, but over the course of the episode, King Viserys displays himself to be a good man, a good father, and a competent ruler, cementing Rhaenyra’s future as heir. Driven to the aid of his brother by the council of his wife, Viserys sends word to Daemon that he will finally aid him in the war against the Crab Feeder. Enraged by this, Daemon risks a suicide mission to defeat the Crab Feeder before his brother’s aid can arrive. By some miracle, he is successful, and the Crab Feeder is vanquished, closing out the episode.

There are very few criticisms of this episode that escape the realm of nitpicking. Much of Game of Thrones, particularly “The Long Night,” and, subsequently, House of the Dragon, is shot too dark, making it difficult to discern the events that are transpiring. There are several sequences in “Second of His Name” that succumb to this issue. It’s not to an extreme degree, but enough that it bears mentioning.

Additionally, the Crab Feeder’s mask appears very plasticky and fake, like much of the general headwear in this series. This makes a strange contrast to the clear talent and craftsmanship that went into the remainder of the costumes and armor designs. Perhaps all the headwear is designed by a different department, but it is subpar when compared to the rest of the costuming.

The standout performance of this episode is Paddy Considine as King Viserys, who has finally solidified himself as a great character and a fan favorite. In nearly every interaction he has, he displays a great degree of talent and relatability, fueled by the intelligent dialogue that defines his scenes. He comes across as a genuinely good person who cares for his children deeply and wishes to avoid the heavy politicking of the realm. In the previous episodes, he seemed extremely weak, but in “Second of His Name,” he shows strength, character resolution, and a backbone hitherto unseen. All this creates a very 3-dimensional character with understandable motivations and thought processes, making it easy for the audience to relate to him.

The most interesting development that Viserys undergoes is in relation to his deep belief in mythology and symbolism. From his conversations with his wife about his dream from when Rhaenyra was a child to his struggles surrounding the white stag, which he would have taken as proof that his son should be the new heir, his character has a surprising and intriguing amount of depth. Overall, some really fantastic work is done with his character in performance and writing. A scene where Viserys gets drunk and talks to his wife at a bonfire about the struggles of being king and a father simultaneously is a particular standout. That’s the moment when the quality of “Second of His Name” becomes apparent. The chemistry between these two actors and the multifaceted dialogue, which says many things at once, coalesces into easily the best interaction of the show so far. 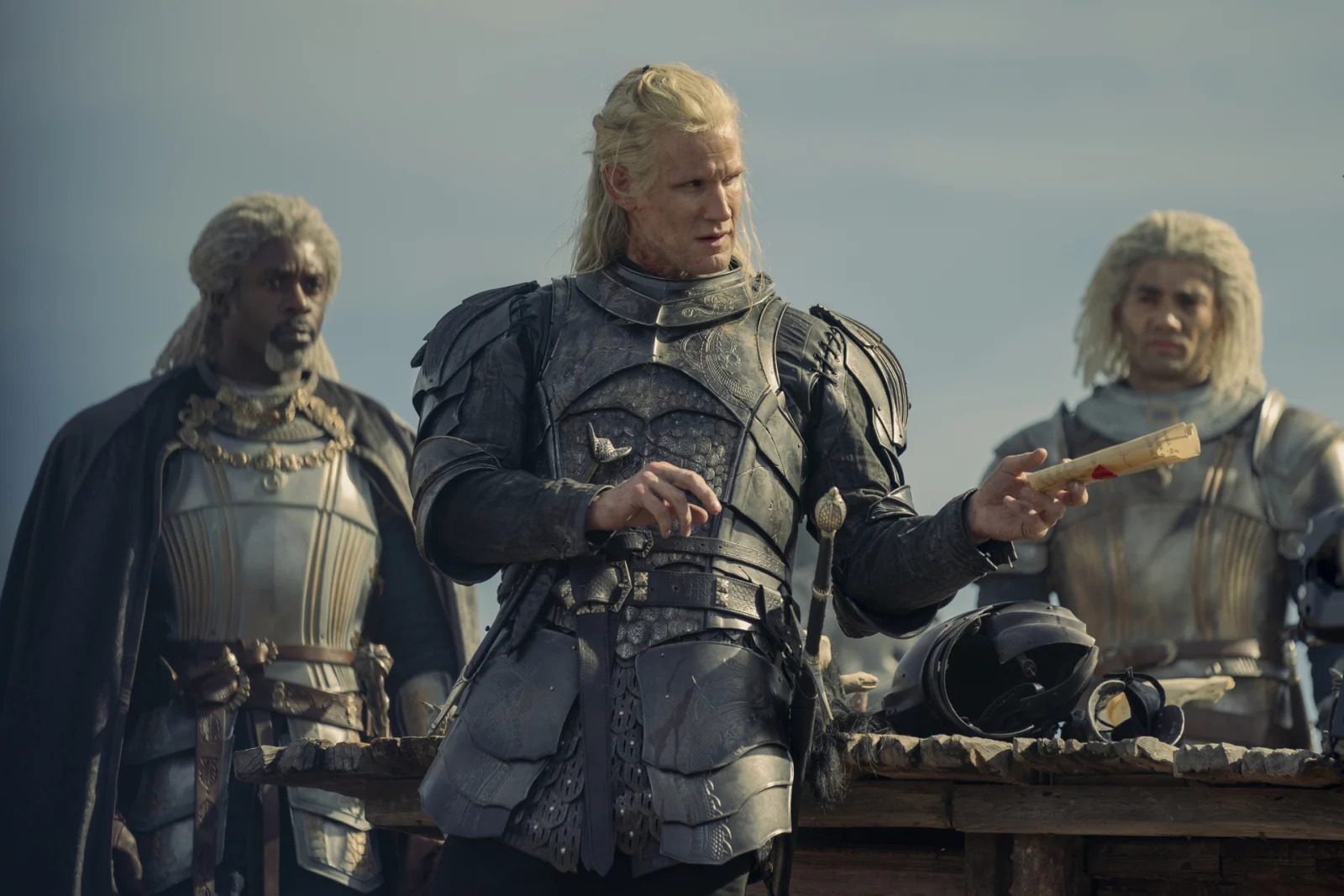 Perhaps the best-written scene of the episode is the one that features the least dialogue, particularly in relation to Daemon and his contribution to the scenario. House of the Dragon, as opposed to Rings of Power, trusts its audience to infer the context of the scene with the provided information. When Daemon receives word that his brother is sending aid to assist with his war against the Crab Feeder, Daemon rages, attacking the messenger before attempting a suicide mission to end the war there and then. All the context is there from the previous episodes to infer why he is so angered by this news, and the writers trust the audience to figure it out for themselves. This degree of trust in the viewers and the talent depicted in both the writing and the performances of this scene seems wholly unfamiliar in the current television climate. It was made apparent in the previous episodes that Daemon undertook this war to prove his worth to his brother, and if his brother rescues him from supposed failure, the whole endeavor would seem worthless to Daemon. It came as a shock for such a compelling and intelligent scene to be depicted in such a show with little to no dialogue, and it must be praised.

This scene leads into the primary action sequence of the episode, which is so fueled by character development and thoughtful setup that a few of the implausible occurrences still feel justified. Daemon’s suicide mission sees him feigning surrender before taking on the Crab Feeder’s army alone in an attempt to draw them out into the open and distract them long enough for his dragon to decimate them. Daemon’s run is epic and well-choreographed, with the heightened tension of a hellstorm of arrows raining down upon him throughout the sequence. Daemon even temporarily fails, getting struck by several arrows before reinforcements arrive. This scene says so much about Daemon, again without a single line of dialogue. Matt Smith is simply electric in the role as he once again proves why he’s the fan favorite of House of the Dragon, despite his rather limited screentime in the last two episodes.

Despite the immense quality of writing depicted in Daemon’s run, one piece of criticism must be leveled at it. Once Daemon reaches the caves where the Crab Feeder is hiding, he disappears for a time before reemerging with the Crab Feeder’s corpse. The image of Daemon covered in blood with a mangled corpse is compelling. However, the decision to cut out the final confrontation with the Crab Feeder does rob the audience of a certain catharsis. These three episodes have set up this fight for some time, which demands a thrilling payoff. Much like the finale of Moon Knight, the decision to cut out the final battle with the current villain is a poor one. A claustrophobic conflict in the close confines of those caves could have been a fascinating action set piece. The closeness of the walls could have forced Daemon to face the Crab Feeder in a knife fight in which the Crab Feeder would reasonably be the superior fighter, rather than a sword confrontation in which Daemon would be better. Any interesting conflict, such as this example, is stolen from the audience in favor of the cool shot of Daemon dragging what remains of the Crab Feeder behind him. The impact of this shot could have been just as profound, even with the context of their fight. 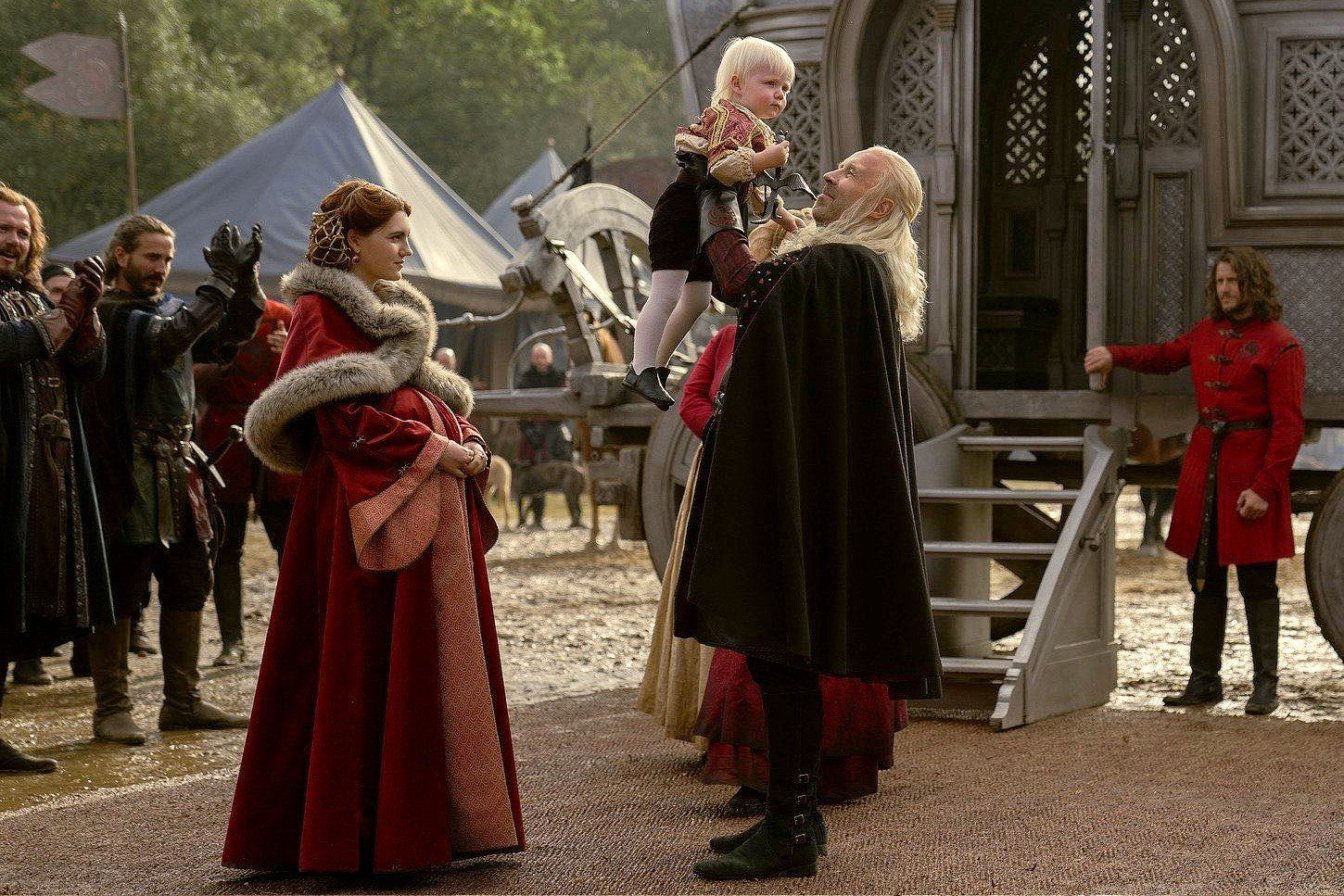 “Second of His Name” is a well-written episode with intriguing characters and top-notch performances. It is easily the standout when compared to the rest of House of the Dragon, as well as Rings of Power. Both Viserys and Daemon are written exceptionally well, while the other characters – who were initially uninteresting – also develop into people worth relating to and caring for. Overall, this is a good episode of television and an interesting bit of fantasy. Again, the show cannot be recommended until it has finished due to the steep decline of Game of Thrones. However, “Second of His Name” has done what seems to be the impossible and achieved goodness.

REVIEW: House of the Dragon – Season 1, Episode 3 “Second of His Name”

“Second of His Name” is a well-written episode with intriguing characters and top-notch performances.