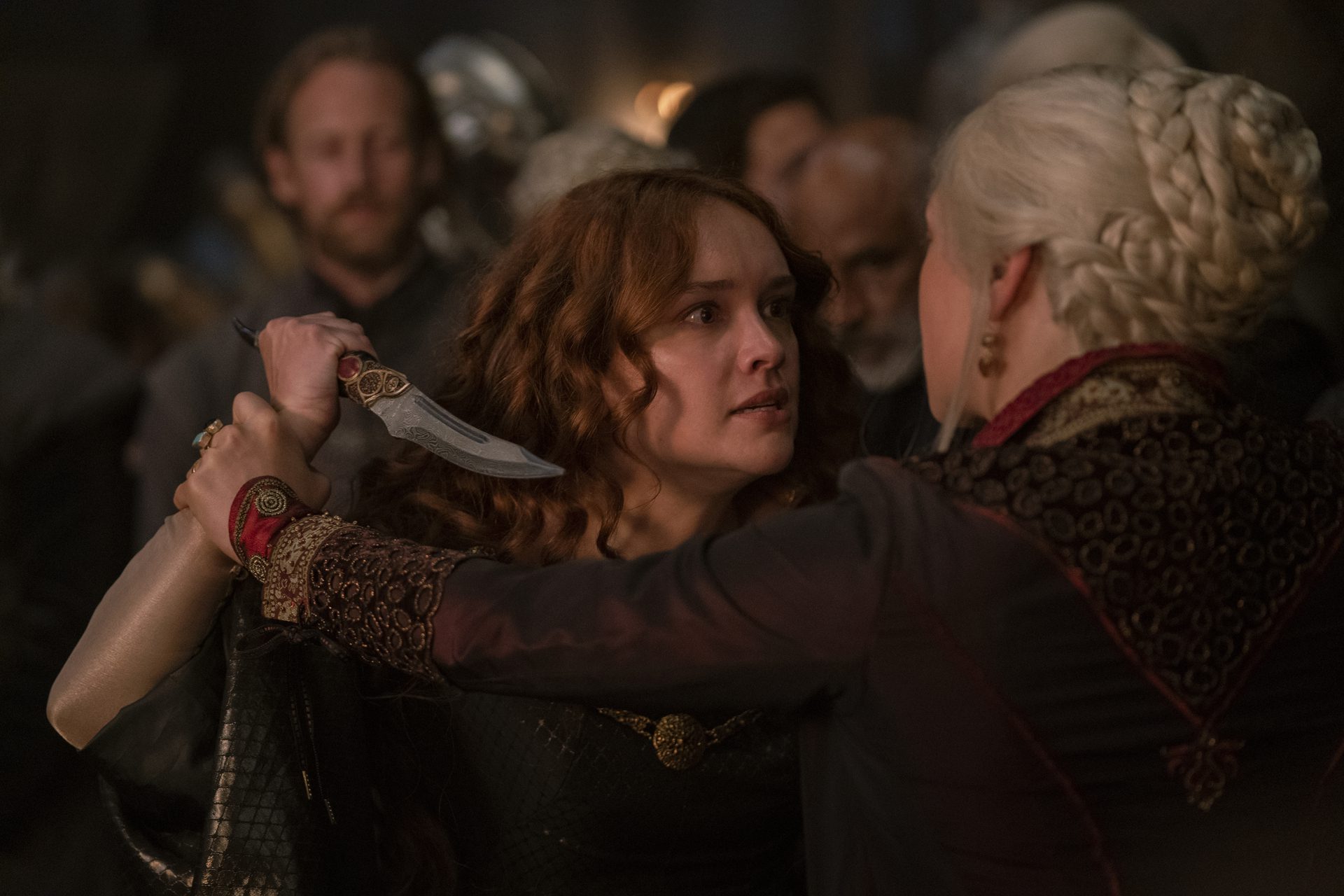 To say that House of the Dragon has been playing jump rope with quality would be an apt metaphor. Episodes 1 and 2 were average, while 3 and 4 were decent to good, and 5 and 6 were passable to horrible. Now, episode 7, “Driftmark,” comes in strong, easily becoming the best episode of the season to date. Many issues derived from the 10-year time jump still exist and are glaring. However, if the audience can divorce these current characters from their younger versions, a degree of quality and immersion can be enjoyed. They still have nothing in common with their younger versions, and there’s little logical progression between the two versions for many of the swaps. Despite that, some significant development is made for both Rhaenyra and Alicent. Many pretenses are dropped with them, allowing them to be like everyone else. Specifically, Rhaenyra is no longer portrayed as the innocent, implicitly good character, despite her actions contradicting this. Now, she is just like everybody else, which is a massive improvement for her otherwise dull and contradictory character. The actress in the role is still bland and inexpressive, but the character’s writing is beginning to improve.

This mild praise is not to say that “Driftmark” is free of issues; far from it. Still, it stands head and shoulders above its predecessors, depicting great characters under challenging circumstances. The Targaryen civil war is finally about to happen. This anticipation and dread drive the plot forward, creating compelling tension between the adults and the children. This is, without a doubt, the children’s episode to shine, especially the young Aemond (Leo Ashton). In just half an episode, he became one of the show’s best characters, nearly competing with Daemon and Viserys in both writing and performance. It’s a shame that, with another time jump coming, he will be replaced in the next episode, but this young man left his mark firmly upon House of the Dragon.

“Driftmark” centers around Laena Velaryon’s funeral at her father’s castle, Driftmark. All the rivals have come together to mourn her loss, some having not seen each other in years. Tensions are high, and violence is one minor slight away from erupting. After the funeral, the young Aemond sneaks out to claim Laena’s now riderless dragon, Vhagar. Laena’s daughters and their cousins are so enraged by this theft that they waylay Aemond and assault him, taking his eye in the brawl. Now, the parents are at each other’s throats, demanding recompense. Slights and insults are hurled across the divides now made clear between the characters, while Viserys does his best to maintain peace. The King’s compromise is unsatisfactory to Alicent, so she attempts to murder Rhaenyra and only just fails. With the civil war brewing between these two to explode the moment the King dies, Rhaenyra begins to make her moves to defend her claim. She removes her husband from the equation and marries her uncle Daemon in the way of old Valyria. War is coming, and she will be ready for it with her allies backing her.

Great dialogue and subtle interactions define this episode. However, the lack of dialogue in certain scenes colors them just as much as the incredible spoken words. In the funeral scene, where no one quite knows how to act around each other, their furtive glances say far more than any conversation would. Then, you have several characters watching the conflict between the Princess and the Queen escalate. Daemon and Otto speak so little yet say so much in simple body language and facial expressions. Rarely have such great performances been given in modern TV. One of the best lines comes from the young Aemond after losing his eye, where he tells his mother not to pity him. It was a fair exchange — an eye for a dragon. This boy already understands how the game is played and will be a formidable opponent once grown if he is already this adept in his youth. 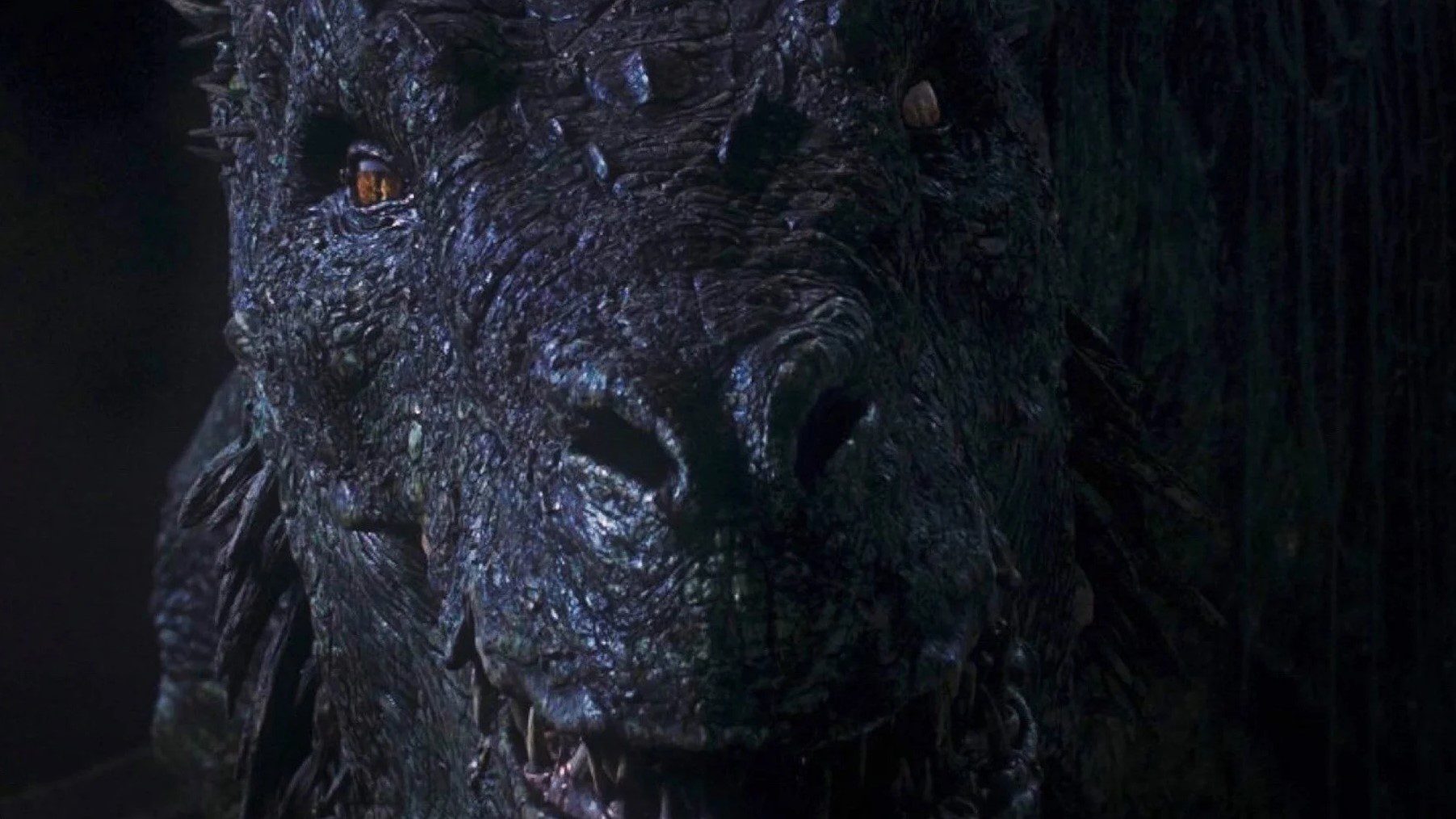 This episode’s most glaring issue is an inherited one from Game of Thrones. “Driftmark” mostly takes place at night and is shot in far too dark lighing for the audience to see the events transpiring. Specifically, in the beachside conversation between Daemon and Rhaenyra — which also features some great dialogue — Aemond’s claim of Vhagar is shot almost entirely in darkness, making it impossible to see. Aemond’s first flight is an incredible scene reminiscent of How to Train your Dragon, bringing a bit of joyful levity to the episode. However, if the audience could more easily see the flight, this scene would be greatly improved.

Another scene that is a tad complicated in terms of quality is the children’s fight. While well-choreographed and visceral, it seems a bit overdramatized and bombastic for children of their age. The violence on display is unfathomable, even before weapons are drawn. The children tackle Aemond and surround him, each tearing for a piece of him and getting themselves covered in his blood. It seems far too much for the characters we know. With this over-the-top scene pushing forward much of the motivations and events of the next one between the parents, it hurts that subsequent scene a little. If the inciting incident is unbelievable, the response to it will be as well. However, if you can take the fight scene at face value, all the parents’ and families’ decisions follow logically. 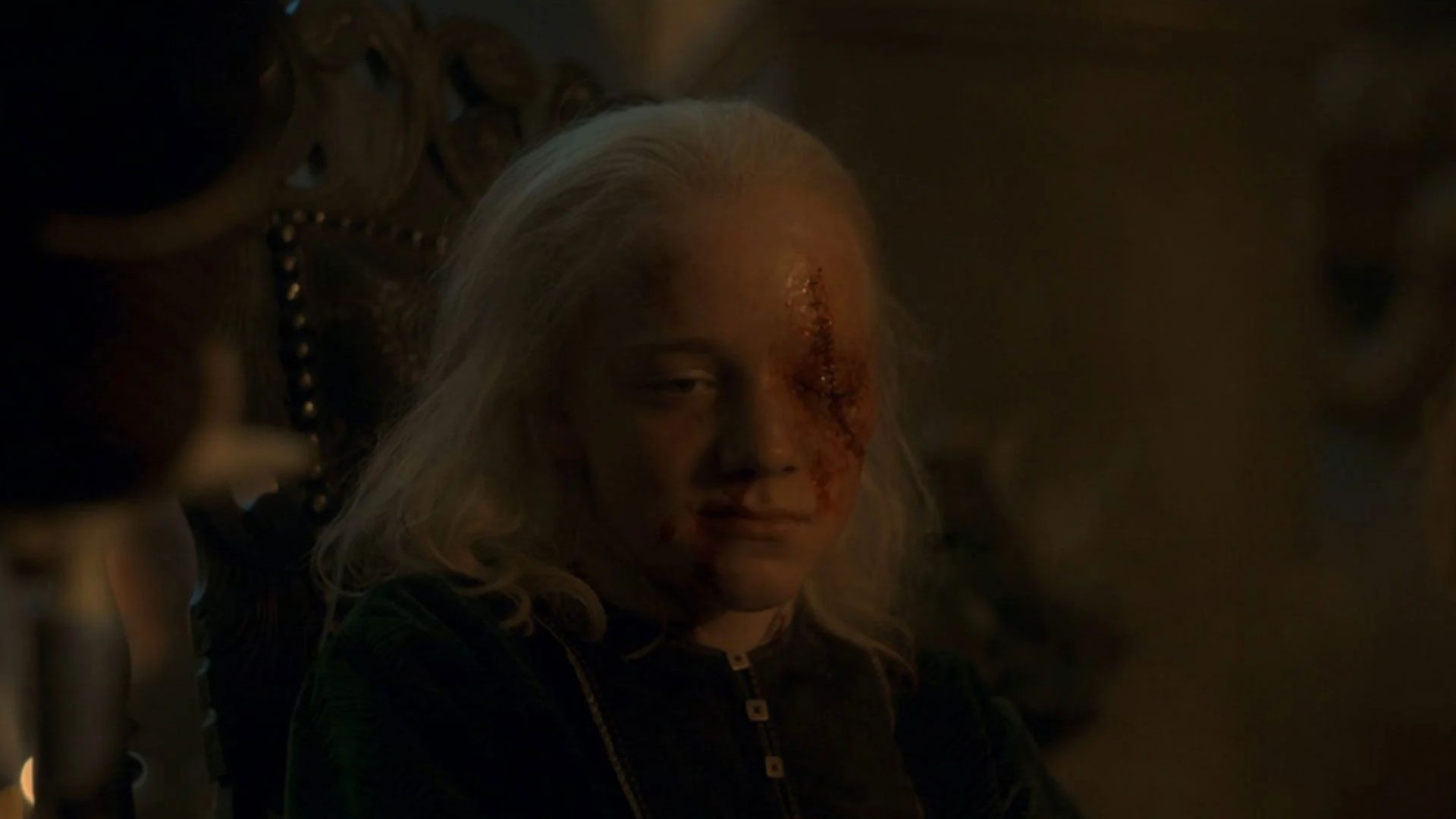 Following the underwhelming last couple of weeks, House of the Dragon needs to relight the fire, and “Driftmark” more or less accomplishes this. Reinvestment at this point should be easy, leading the audience into the coming civil war with anticipation. Many of these well-written characters now have a total investment with the audience, giving an air of dread to their inevitable fates. Now, House of the Dragon just needs to land its final episodes, wrap up the story, and give the audience a satisfactory conclusion. The setup is exciting in “Driftmark,” but will the payoff live up to the expectations and the investments?

Following the underwhelming last couple of weeks, House of the Dragon really needed the fire to be relit, and "Driftmark" more or less accomplishes this.