I was a huge fan of the 2017 It adaptation when it released (it was one of my favorites of 2017). What Andy Muschietti managed to do with that film is outstanding in my eyes, and when those credits rolled and the title card : IT CHAPTER 1 came up, I cheered because we were going to get a second part to expand the adult side of the Losers’ Club more than just cramming both stories into a three-hour miniseries. Well, here we are in 2019, and It: Chapter Two has released, and it – mostly – lives up to the hype.

The cast is a huge highlight, with every performer doing a great job with their material. James McAvoy is just about as perfect a casting choice for Bill as you can get. He’s terrific as the leader of the Losers’ Club, and his emotional throughline in Chapter Two is one of my favorite parts of the film. Jessica Chastain kills it as Bev, holding some of the most tender moments in the movie with McAvoy and another Loser that we’ll get to later. Chastain has an innate charm to her that instantly makes you care about her, and I knew she was going to be excellent from the moment she was cast. James Ransone is pure gold as Eddie and garnered some of the best laughs in the film in tandem with Bill Hader. Their chemistry might be some of the best in the movie, and there are some truly beautiful moments involving them. I think the biggest surprise for me was Jay Ryan as Ben Hanscom, as I had seen the CW Beauty and the Beast show and wasn’t a fan. But he does some GREAT work in this as the grown-up-slimmed-down Ben. He has great chemistry with Chastain, and he conveys the sweetness of his younger counterpart beautifully. Ryan wound up being one of my favorite parts about the film, and I hope he breaks out more after this because it’s clear he’s got genuine talent. The standout of the Losers is unequivocally Bill Hader, who absolutely steals every single scene as Ritchie. Like McAvoy and Ryan, he’s the spitting image of the younger version, and he had me crying from laughter, as well as a hugely unexpected emotional performance that floored me. I’ve seen people talking Academy Awards nomination; I don’t know if I’d go there yet, but Hader’s performance is one of the best of 2019 by far. Isaiah Mustafa does solid work with the material he’s given as Mike, but like in the 2017 movie, they don’t do much to make Mike a character to whom I can emotionally attach myself. He’s given more screen time here than in the first film, but it’s mostly just as an exposition machine and as a way to progress the plot than as a meaningful character.

Let’s be real, though: we paid to see what Bill Skarsgård was going to bring to Pennywise this time around, and he mostly doesn’t disappoint. He’s consistently captivating; every time he’s on screen, it’s impossible to look away. He’s creepy as hell, and he’s seen a great deal in It: Chapter Two. However, that was a bit of a negative for me, as we see him and hear him so much that he’s not nearly as scary as he was in Chapter One. Sure, he’s creepy and weird, and he does some AWFUL things, but there were few moments where I was terrified of him, as opposed to how spine-chilling he was in the first film. That’s kind of an issue with the movie as a whole for me; there are plenty of scare sequences, but outside of a handful, I didn’t find myself as scared as I thought I would be. This could be for a number of reasons. For one, they lean on CGI a lot in this film, and some of it isn’t convincing. Also, the people being chased are mostly adults, which I (and a bunch of other critics, seemingly) do think somewhat lowers the level of tension, unlike the first one. No scene in It: Chapter Two comes close to the ten minutes of sustained terror of the first house sequence in Chapter One, or even the finale. 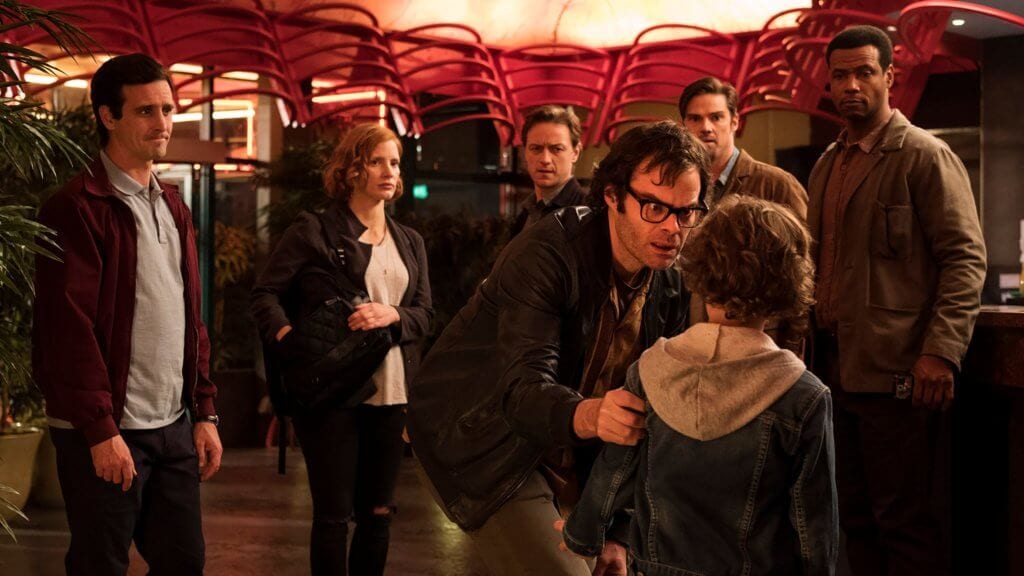 The plot, while imperfect, is a good avenue to get us back together with these fantastic characters. Everyone has left the town of Derry. I mean, shit, can you blame them? Everyone… but Mike. Twenty-seven years have passed and people begin dying again, and Mike knows it’s Pennywise, so he convinces the Losers to return to their hometown to make good on their oath and destroy Pennywise once and for all. The opening act feels a bit rushed; we cut from Loser to Loser as Mike frantically tries to get them to come home. We’re given a scene for each person to let us know where they are in their lives, but these scenes are a bit thin and the characterization isn’t the strongest. But it’s enough to get the ball rolling. Once the Losers are back in Derry, It: Chapter Two becomes riveting, as you watch these old friends slip back into their camaraderie almost effortlessly. The much-lauded restaurant scene is especially effective. The humor of the film is sharp, offering huge laughs in that restaurant scene and beyond. Once things start getting spooky, the film meanders a bit. No spoilers, but we have a middle section where the Losers go on their own adventures, and some of these sequences are better than others. I found Mike’s particularly uninteresting for the most part, and there’s a good deal that just feels recycled from the first film involving the Losers’ fears. I think the ones that wind up working the best are Bill’s, Bev’s, and Ben’s. They’re still quite pertinent to who they are as adults, and they’re emotionally comeplling sequences. This midsection also holds simultaneously one of the funniest scenes in the film and also one of the scenes that felt the most indulgent. It’s a cameo scene, and while it’s funny, it really doesn’t need to be as long as it is, and it just felt like it ate up screen time to be cheeky.

Once the Losers reunite and we enter the finale, It: Chapter Two attempts to do what the miniseries could not: give us a satisfying ending that isn’t laughable. They mostly succeed, but the biggest issue is the visual effects. I don’t want to come off like I’m anti-CG. Not at all; CGI is necessary, and for the things they were trying to do in this finale, I don’t know that they could have done them without CGI. That being said, some of the CGI isn’t great (particularly some de-aging of the kid actors). I wouldn’t say it was terrible, but there were a couple of moments where it took me out of the scene. It’s hard to talk about what, because if you know nothing about the film it could be a spoiler. But overall, the finale offered up a tense and heart-pounding battle, with some truly emotional moments. This film, like the first, has a massive heart, and the man at the center of it is probably Hader, who honestly moved me to tears. Watching this story end in such a big film felt so epic, despite some of the glaring flaws of that meandering midsection. Does the film end strong? Honestly, yes. I found the conclusion very emotionally satisfying and heartwarming, despite some bittersweet aspects; it’s a definite improvement over the miniseries. 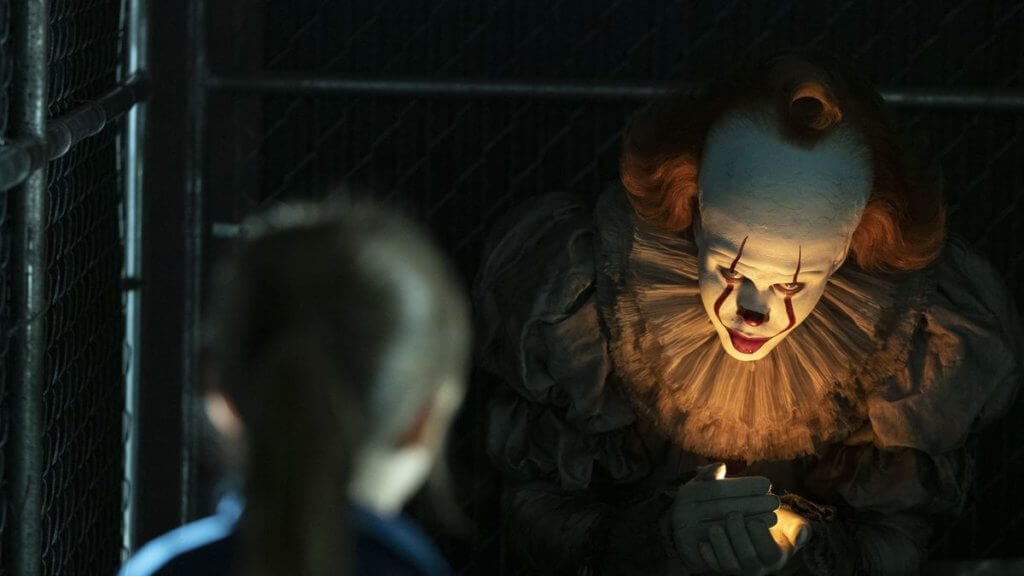 It: Chapter Two features another EXCELLENT score from Benjamin Walfisch (who scored the first film and helped with Blade Runner 2049, Hellboy, and Shazam!), scoring a sense of wonder and beauty to contrast against pure terror and creepiness. I’m pretty confident in saying that this is close to overtaking Us for my favorite score of 2019 so far. The sound design, particularly in the finale, is strong. It’s loud and immersive, and Pennywise’s creepy voice cuts through everything right to your soul. Andy Muschietti does a pretty impressive job this time around, although I do think he handled the first film better. He directs the hell out of the actors, though, as every one of them does great work. His scene transitions are out-of-this-world good at times too. Problems start to arise in how It: Chapter Two is paced. That whole middle section is, like I said, meandering. It slows the film down quite a bit, and to a lesser degree, that cameo scene kind of grinds everything to a halt for three or so minutes. The worst part is, I couldn’t really tell you what to cut (outside of maybe the cameo, which could have been truncated a bit). I think the middle section just isn’t structured particularly well, which is kind of why it feels like we’re just drifting a bit. It feels like we go from character to character without much tying it all together. These are important scenes, and they directly tie into the finale and how the Losers fight Pennywise; there just isn’t a great flow. Is this in the script or the edit? Maybe both, but it was a source of irritation.

Overall, I really enjoyed It: Chapter Two. I can’t say I’m not disappointed by the pacing of the film and a general lack of structure, but the Losers and Pennywise are WELL worth the price of admission and the ending of the story is satisfying. To my fellow Losers, I definitely recommend the film. If you didn’t like the first, this most certainly won’t convert you.

What did you think of It: Chapter Two? Let me know in the comments below! Stay nerdy everyone!

It: Chapter Two is a flawed but satisfying conclusion to the Losers' Club story, with some scares, some laughs, and a ton of heart. 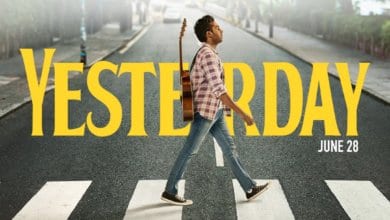 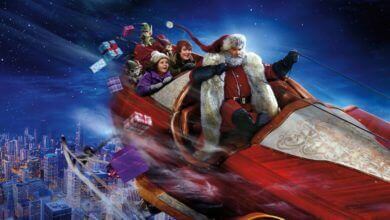 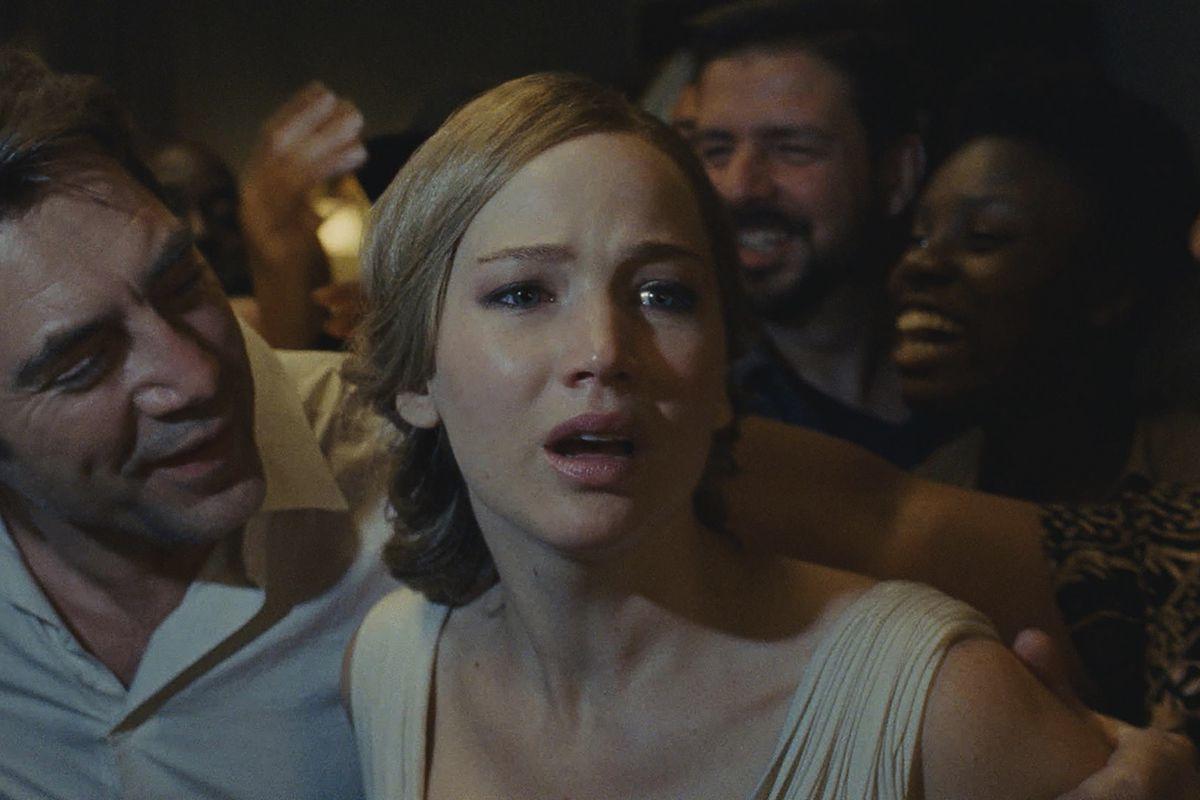 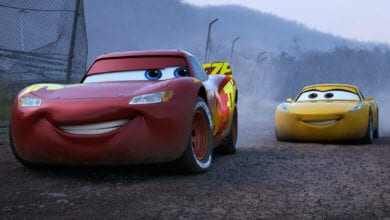