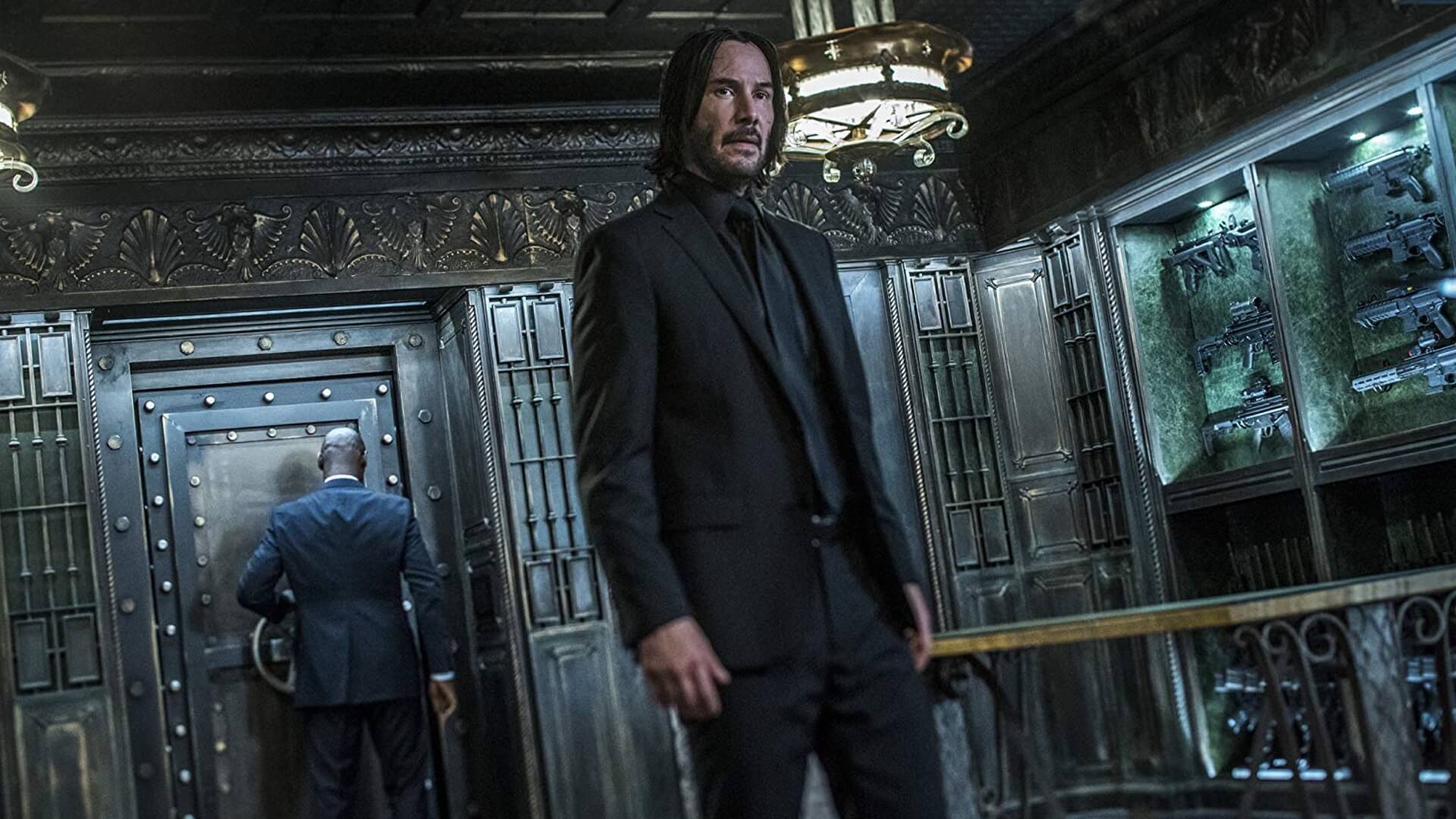 Sometimes I wonder why I don’t give up on action movies altogether. While I was in the theater waiting for John Wick to come on and kick the shit out of everyone for two hours, I was treated to some action movie trailers that were painfully generic. I suddenly got nervous that maybe John Wick: Chapter 3 – Parabellum is where the franchise would fall off and fail to leave me with that same sense of awe that the previous movies did. The first 15 minutes of the film made it clear that John Wick was back in top form.

John Wick: Chapter 3 – Parabellum picks up immediately after the events of John Wick: Chapter 2. John Wick is about to be labeled excommunicado. and every hitman in New York City is going to attempt to collect the bounty on him. He has to use all of his connections to find a way to survive. Meanwhile, at the Continental, an Adjudicator representing the high table visits Winston to investigate everyone close to John.

The one word that comes to mind when I think of the John Wick movies is “passion.” It’s so obvious that director Chad Stahleski has a passion for well-choreographed and well-shot stunt work. The passion for this craft bleeds into every single action set piece in John Wick: Chapter 3 – Parabellum. It shocks me how many different scenarios they put John Wick in to keep the presentation of the action fresh. Every action sequence in this film is a highlight and has an argument for being the best fight in the entire franchise. Most action movies use quick cuts to mask the actors’ weaknesses, but the John Wick films use wide shots to show off the dedication and commitment that everyone involved put into this. There’s a fight in a library, a fight involving dogs that had me in awe the entire time, and a knife fight with such brilliant timing and well-placed humor that I wished it would never end. Other filmmakers hoping to make action movies need to look at John Wick and know that this is the bar they have to reach. 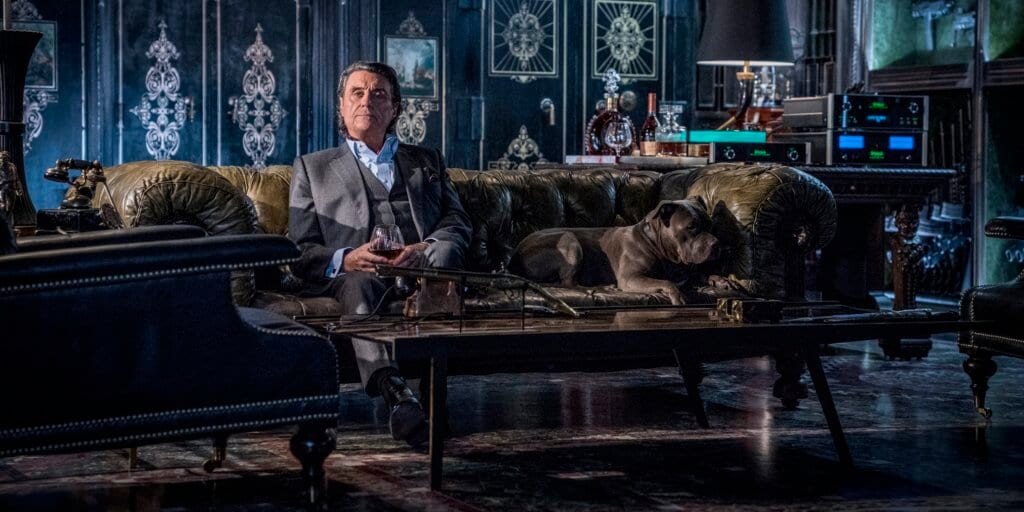 The story for the John Wick films have never been the most important thing about them, but I’ve always admired the way they’ve crafted this world and continue to explore it. For most of John Wick: Chapter 3 – Parabellum, John is looking for a way to escape the mob of people that are chasing him. The lengths to which he goes to call in favors from his past reveals a lot more about his connections and how this underground world functions as a whole. The presence of the Adjudicator creates a way for consequences from John Wick: Chapter 2 to have actual weight. Everyone is held accountable for their decisions from the previous movie, and it creates a sense of tension for these supporting characters that we’ve come to know. The approach to dialogue in John Wick movies is always “less is better.” None of the interactions between John and a number of the characters we’re introduced to in John Wick: Chapter 3 – Parabellum have much exposition attached to them. There’s no attempt to explain anything, and they instead present it like these are completely normal interactions. It makes the world feel lived in despite its absurd premise.

The acting is pretty solid as well. Heavy dialogue scenes don’t really exist in this franchise, so a lot of the performance is in the physicality that the actors bring to their parts. Keanu Reeves was made for John Wick. As much as I like The Matrix, I can’t deny that this is the better action franchise. His commitment to the training and his ability to sell every single fight makes him perfect for this role. Halle Berry shows up in a supporting part, and she absolutely crushes it. This is a physically demanding role, where she has to do a lot of the same things that Keanu does. It’s clear that she trained hard to prepare for John Wick: Chapter 3 – Parabellum because she brings every bit of the grit that this franchise demands. It’s also nice to see Mark Dacascos play the final boss of the film. He’s a veteran martial arts actor that really gets to flex his muscles while he’s on screen. The only performance I wasn’t sold on was Asia Kate Dillon as the Adjudicator. She has a very stiff delivery, and it drags down the scenes where she’s playing opposite Ian McShane. 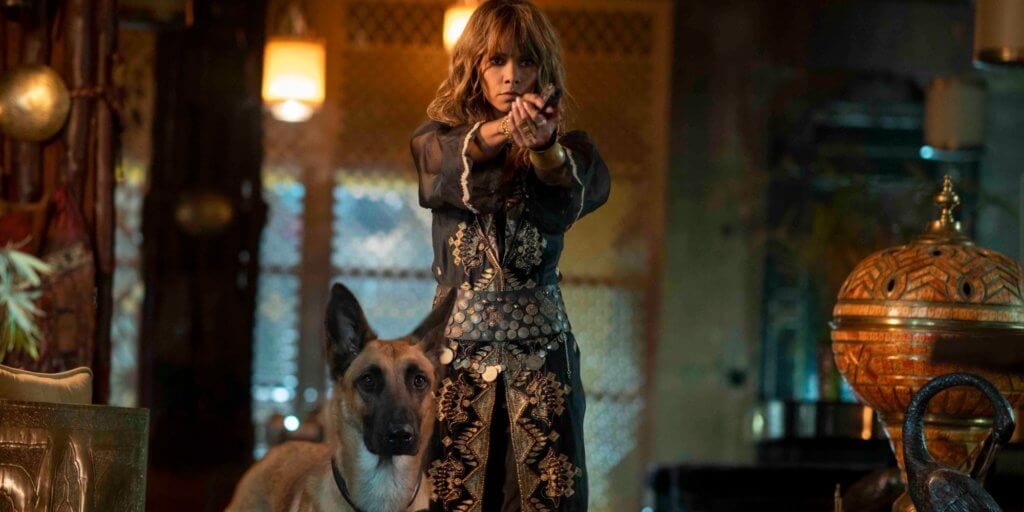 It’s also important to acknowledge how amazing the stunt team is in John Wick: Chapter 3 – Parabellum. They are the unsung heroes in movie-making, and films like this are made to showcase their craft and their importance. They make people like Keanu Reeves and Halle Berry look like absolute superstars, and I wish they were acknowledged more. The only thing that really disappointed me was a certain choice that John Wick makes later in the film. It almost immediately invalidates a decision he makes minutes earlier that would’ve driven the plot in a radically different direction. I can see John making that choice; I think I just needed more time between his initial decision and what he ends up actually doing.

John Wick: Chapter 3 – Parabellum is exactly the type of action movie that I wanted to see. The action sequences are some of the best you’ll see anywhere, and they’re a celebration of amazing stunt work. After the initial build up in the first 20 minutes, there’s no room to breathe. The story is simple, yet effective. The lore for this world continues to grow in fascinating ways, and I hope they continue to explore it without losing its mystique. I also wonder how much they can widen the scope and up the stakes before the suspension of disbelief goes out the window and the John Wick series becomes a parody of itself.  I’m curious to see how far they can push this world, and how many layers they’re going to add. If you’re a fan of action movies, I suggest you run out and watch John Wick: Chapter 3 – Parabellum right away. You owe it to yourself to experience this in the loudest theater you can find.

John Wick: Chapter 3 – Parabellum is a triumph for action movies. Inspired direction combined with a committed group of actors and stuntmen makes this must watch for action fans.