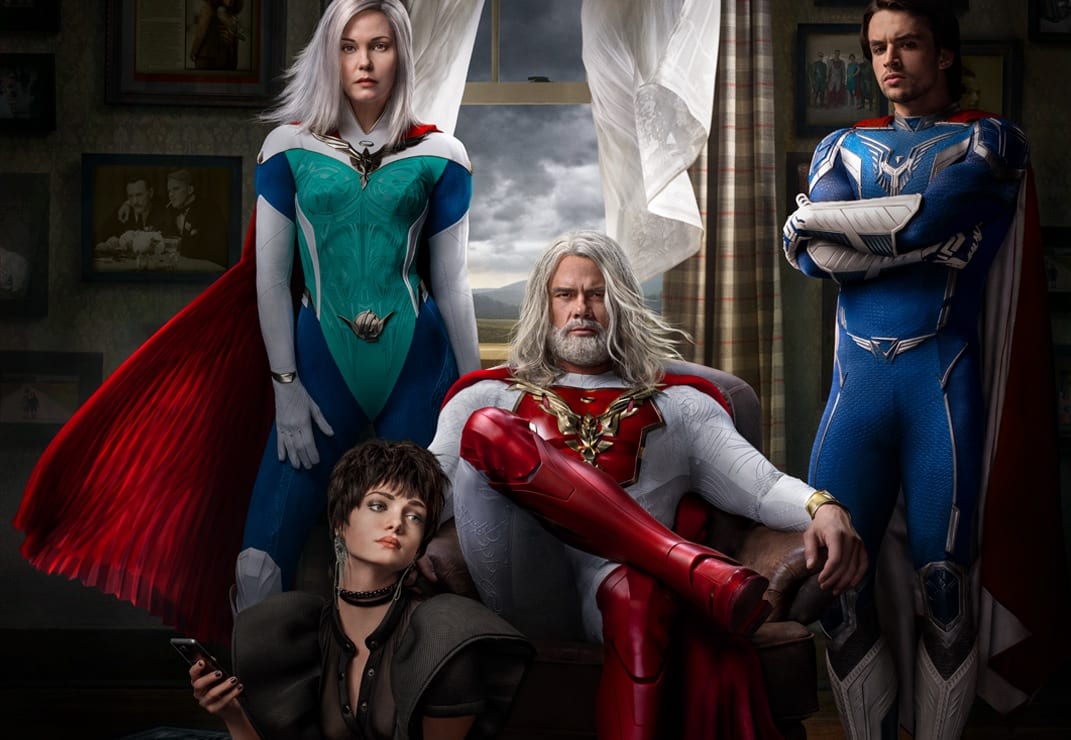 This past Friday, May 7th, Netflix released volume 1 of Jupiter’s Legacy. Based on Mark Millar’s Image Comics graphic novel of the same name, Jupiter’s Legacy follows a group of aging superheroes as they seek to pass the torch to their progeny. The main story is intercut with the origin of how the heroes got their powers and formed the Union of Justice, a beacon of hope dedicated to upholding traditional American values. Just like Amazon’s Invincible, I had never heard of this property when I started seeing ads for Jupiter’s Legacy. I didn’t feel very encouraged by the promotional materials, mainly because of the casting and costumes. Leslie Bibb will always be Ricky Bobby’s wife Carley in my mind, and the super-suits reminded me of Disney’s Sky High. Just to be clear, that’s not a compliment; I know there’s a fanbase for that movie, and they can keep it. These days, I’m not above watching things I don’t expect to like, and when I heard Matt Lanter was in this, my curiosity was piqued. Let’s have a look.

Jupiter’s Legacy follows Sheldon Sampson/The Utopian as he tries to prepare his son Brandon/Paragon to take over the family business. Trouble brews in paradise as Brandon kills a villain to save his parents, breaking the code Utopian and his cohorts put into place. It turns out that many superheroes, especially the younger generation, don’t believe the code applies anymore. Supervillains are killing heroes left and right, and abiding by the code isn’t mitigating the losses. The Utopian’s children are pulled in two different directions; daughter Chloe poses for naughty magazines to earn enough to support her drug habits. Meanwhile, son Brandon feels inadequate to live up to his father’s legacy, a fear that Sheldon does nothing to assuage. While our heroes search for the mastermind behind the super killings and try to work out their family drama, a war’s brewing. 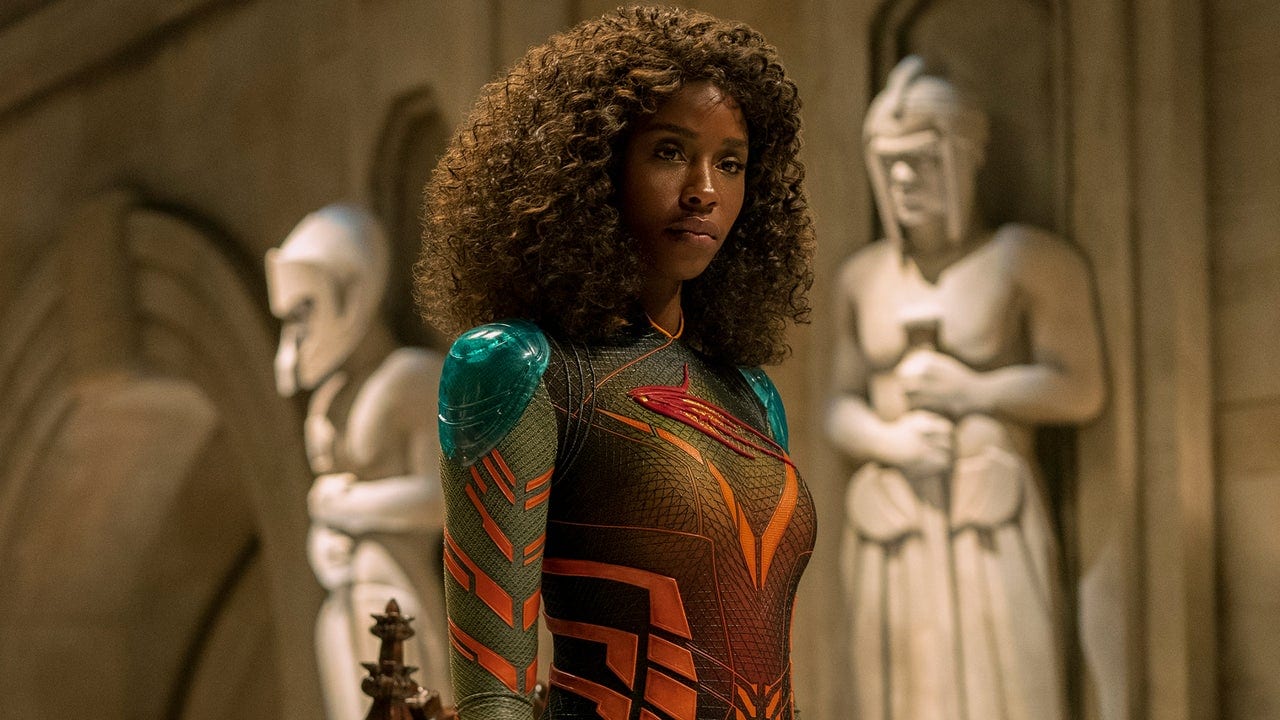 I want to start out by saying how wrong I was about the series’ casting. I couldn’t picture Leslie Bibb as a superhero, and even less as an aging mom. For some reason, I was unable to see her as anything but young and dumb Carley Bobby. This is one case where I’ll have to eat my words because she convincingly plays Grace/Lady Liberty at two wildly different points in her life. 1930s Grace, the motor-mouthed reporter, almost seems like a different person from the thoughtful, poised Lady Liberty of the present. This is an incredible performance, and I wouldn’t be surprised if she was nominated for an award next year. Josh Duhamel also sinks right into his role of The Utopian. I didn’t always like or sympathize with this character, but he was certainly never dull. Ben Daniels is enigmatic as Sheldon’s brother Walt/Brainwave. I wish we could have gotten a better look inside this character’s head (tee hee), but I’ll come back to him. I don’t like Sheldon and Grace’s children Chloe and Brandon, but Elena Kampouris and Andrew Horton are fine in the roles. This may be personal bias talking, but Matt Lanter seems to envelop the whole screen whenever he appears. George Hutchence/Skyfox is another character I found interesting and wanted to know more about. Even the worst performances in the series are just okay, and the leads are genuinely great. I’m a little shocked. 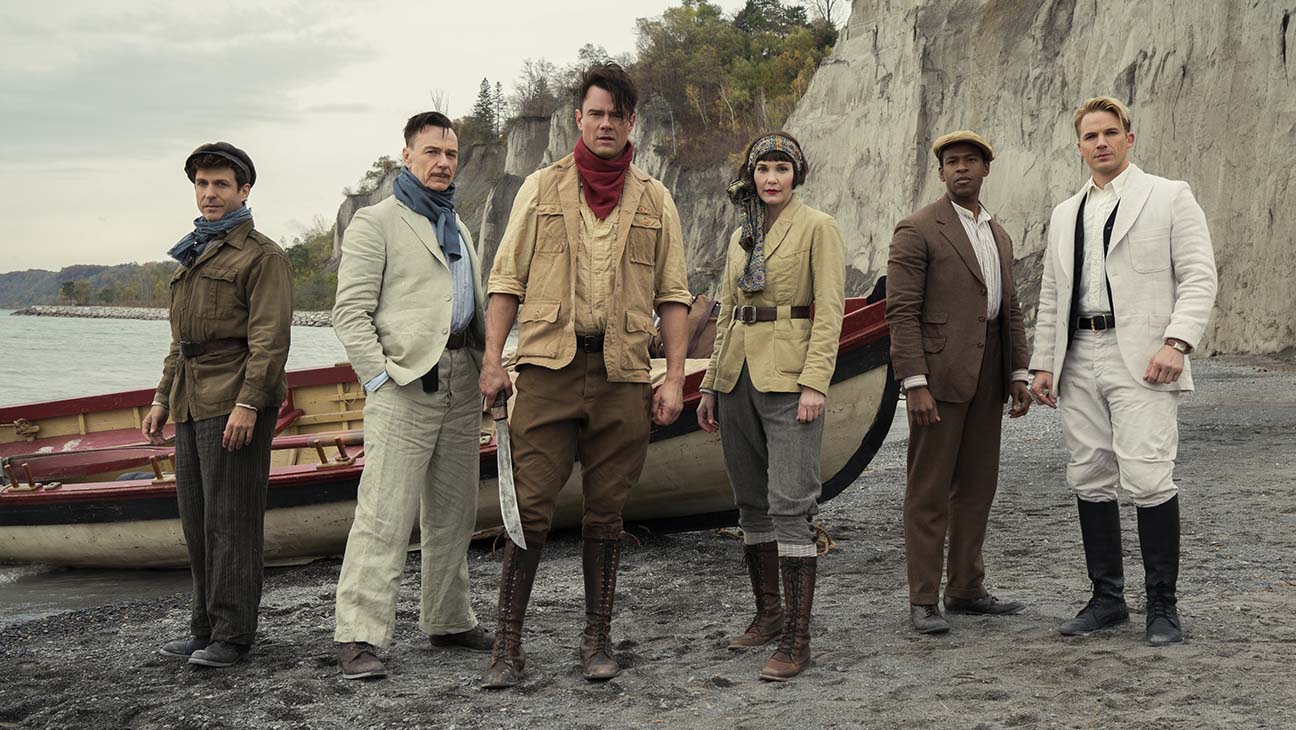 The technical aspects of Jupiter’s Legacy are fine. While the show contains some gorgeous shots, the cinematography and special effects are nothing special. The uniforms are alright, but they don’t have much of an iconic feel that I usually get from super suits. I was actually more impressed with the business suits and casual costumes during the 1930s segments. The show’s musical compositions by Stephanie Economou are pretty good. The most interesting aspect of Jupiter’s Legacy, for better or worse, is its characters. Sheldon is a complicated man, starting off as a charming corporate heir and slowly becoming a controlling, paranoid dictator. I wish we could have seen the connective tissue between the two time periods. In the 1930s, Sheldon begins seeing visions of his father and a mysterious island. Everyone thinks he’s crazy, but he becomes increasingly obsessive over finding the island and silencing his imaginary friend. In the one scene where Sheldon’s children are young and he’s middle-aged, he seems normal. At least he comes off as much less crazy than in the past and possibly the present. I also wonder how much the powers extend their lives. Sheldon, his wife, and brother all must be over 100. It’s frustrating watching Sheldon force the other heroes to adhere to his outdated code. They all march off to their likely deaths and aren’t allowed to defend themselves or others with deadly force. Even after several of the younger generation are mercilessly slaughtered, he doesn’t budge. I really hated it early on when Brandon saved his parents from Blackstar, and Sheldon had the audacity to be mad at him for killing. What would anyone be expected to do in this instance? I really enjoyed the therapy scenes, and particularly the revelation that Sheldon’s therapist is his former archnemesis. Sheldon comments that he’s the only one who understands what he’s going through, which is both telling and sad. 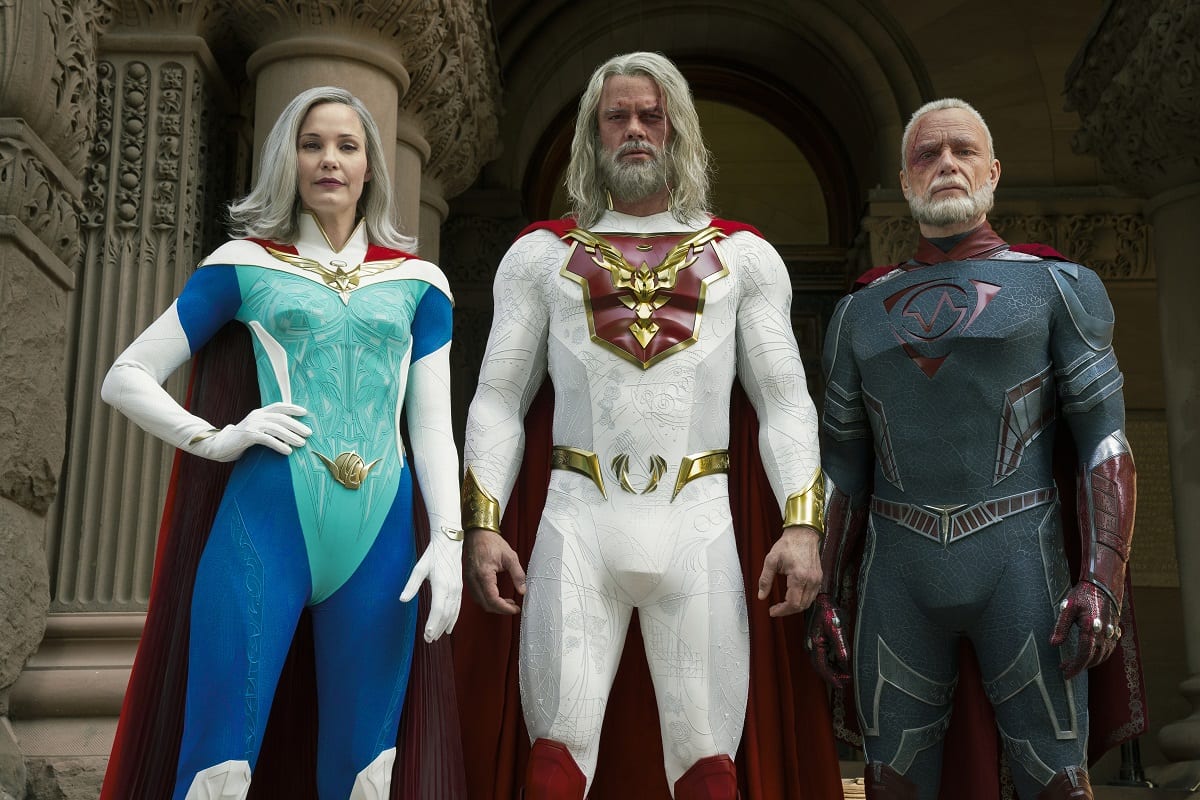 For her part, Grace also changes massively between the two timelines. How did she go from being a “communist” news reporter to an aspirational figure going by Lady Liberty? How did she and Sheldon go from barely tolerating one another to married with two kids? Even though her kids are grown in the present timeline, Grace always takes Sheldon’s side in arguments. In private, Sheldon shoots her ideas down and condescends to her. Given this, I’m not sure why she doesn’t just openly rebel. She wasn’t originally the type to tow the party line, which is what introduced the two and set them at odds initially. I loved the two scenes where Chloe gave each of her parents a piece of her mind. I didn’t like Chloe, but what she said was right. I agree with much of what Chloe says about how their upbringing messed her and Brandon up. It’s shown early on that Sheldon wasn’t there for his kids, choosing hero work over fatherhood every time. That would undoubtedly shape a child’s self-esteem and view of family. It’s easy to imagine he shafted Grace like this too, but at least she signed up for it when she became a hero and married Sheldon. Brandon is the least unlikable family member, but he’s also the least interesting. He feels like he’ll never be good enough for his father, and to be fair, that seems to be the case. Chloe is the family black sheep, selling herself as a commodity and consuming whatever substances she can get her hands on. This wouldn’t be too bad if she wasn’t such a whiner with a victim complex. Any time she’s confronted with her behavior, she blames her dad. Sheldon contributed to his kids’ situations, but it’s not fair for Chloe to totally eschew all personal responsibility. I also hate how indifferent she is to her friends dying. Chloe never steps in to help or even offer condolences after the fact. What a piece of work she is.

My favorite characters in Jupiter’s Legacy are the ones who are honest with themselves: George and Walt. George is Sheldon’s best friend in the past timeline, and Matt Lanter brings endless charm to the role. I keep saying this, but I really wish we could see how they eventually fell out. The heroes talk about it in the present, referring to Skyfox as their greatest nemesis. But I wish they had shown this instead of verbally explaining it. That would have been so dramatic to see the buildup to the ultimate betrayal. Walt is a fascinating character that I don’t want to say too much about. But like Grace and Sheldon, he’s got layers to him.

Overall, I would say that Jupiter’s Legacy is interesting more so than good. The present timeline is frustrating and tedious compared to the past. I also wish we saw how the original Union turned into the older (but not necessarily wiser) group the story follows. The characters are interesting but not likable, and I’m okay with that.

Overall, I would say that Jupiter's Legacy is interesting more so than good. The present timeline is frustrating and tedious compared to the past. The characters are interesting but not likable, and I'm okay with that.