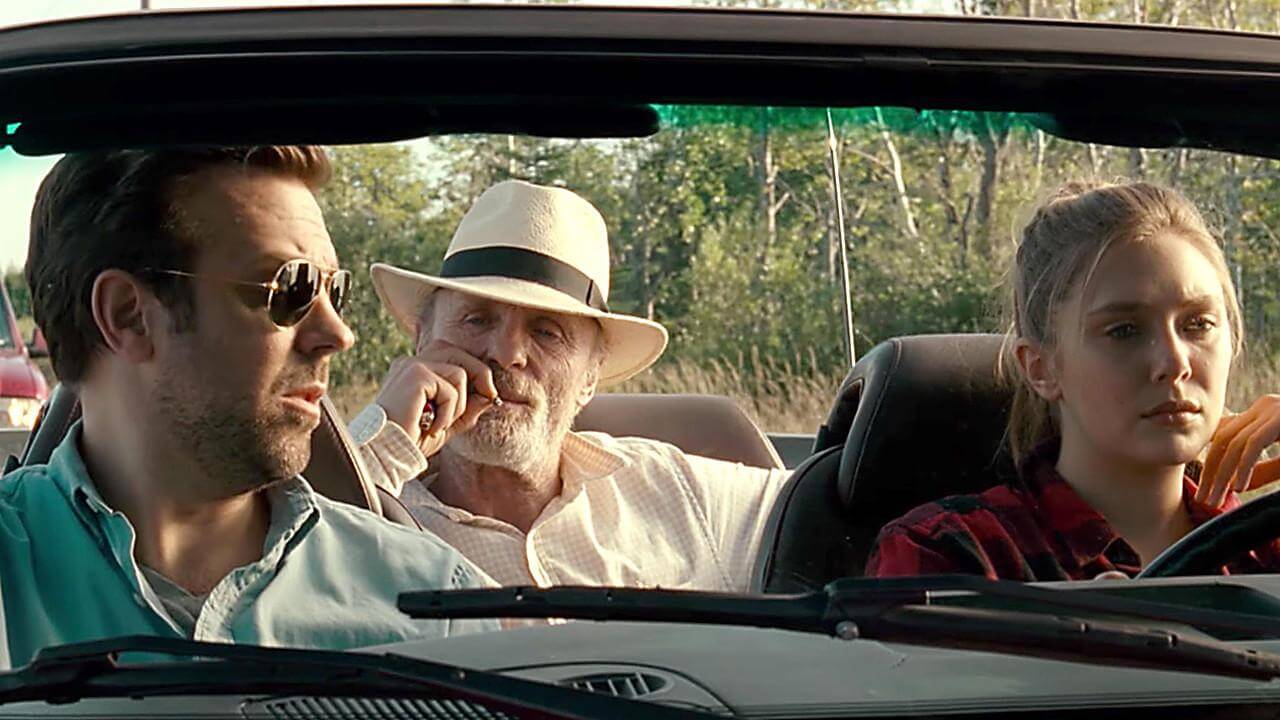 “No matter how good something looks, you can’t beat the real thing.”

The new Netflix movie Kodachrome, based a 2010 New York Times article, tells the story of a father and son who travelled across the country to develop their Kodachrome film at Dwayne’s Photography, the last Kodak location left that can process it. The film begins with Matt Ryder, a failing scout at a modest record label, being given an ultimatum: either sign the Spare Sevens or find another job. He finds a woman, Zoe, in his office who tells him his famous photographer father, Ben Ryder, is dying of cancer and wants Matt to drive him to Kansas so he can have his last rolls of Kodachrome film developed at Dwayne’s before they stop processing it in one week. Matt is reluctant at first, but she finally persuades him to at least visit his father. At  Ben’s house, his agent offers Matt a deal: take Ben to Parsons, Kansas, and he’ll get Matt a sit-down with the Spare Sevens. Despite once again needing some prodding, Matt reluctantly accepts. Things get messy and complicated on the road, but the two men just may reach a greater understanding of each other.

Kodachrome reminds me of other Netflix original movies like The Fundamentals of Caring and The Meyerowitz Stories. Those two films were a little more quirky than this one, but they all deal with people building relationships and trying to heal from trauma, in some cases with mixed results. There’s nothing really unique or original about Kodachrome, which is fine in and of itself. Plenty of movies are completely unoriginal but still enjoyable and moving, like The Iron Giant or even Star Wars. What makes a movie good isn’t necessarily always creating a new genre or subverting every trope in the book, but telling an old story, with worn archetypes, in a fresh way. Kodachrome doesn’t necessarily do this either, though. This movie is so much like so many others I’ve seen; negligent father, adult son who needs to work out his issues, woman who doesn’t want the risks of a relationship. But while The Meyerowitz Stories creates a unique experience and really sucks you into its family’s lives, Kodachrome takes its standard characters and familiar story and showcases them using completely ordinary filmmaking techniques and uninspired creative choices. The dialogue is really unnatural at times. They go out of their way to depict Ben as a jerk, and a lot of what he says and does just feels forced. Matt, the Spare Sevens band members, Zoe and plenty others fall prey to it as well. A film this grounded really needs to have good dialogue and interplay between its characters, and this one doesn’t. The overuse of colorful language can be really distracting at times, and it kept reminding me that I was watching a movie. That’s not what a good film should do.

It may seem superficial, but I also found the musical choices uninspired. It feels like whoever compiled the soundtrack was trying to be quirky and choose obscure songs, but they don’t evoke any strong emotions or make you connect with what’s happening on screen. Again, that’s what a soundtrack is for: it should contribute to the overall feel of the film. Also, I can’t be the only one who kept waiting for them to play the Paul Simon song “Kodachrome.” What a wasted opportunity. 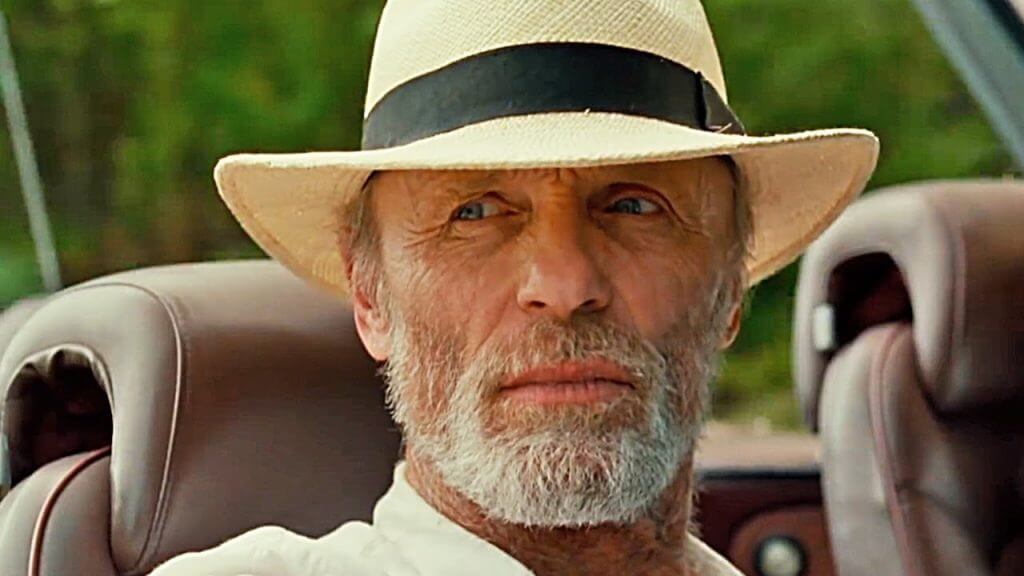 That being said, I didn’t dislike the movie. Ed Harris stars as Ben Ryder, so of course his performance is amazing. He plays Ben as a total narcissist who spent his prime ignoring Matt and cheating on his mother. Even by the end of the movie this isn’t a character I can see people liking, much like the father in The Meyerowitz Stories, but he is still interesting thanks to Harris, and one can almost admire his desire to reconnect with Matt. He never really redeems himself, but Matt does forgive and accept him. In real life, that’s what happens most of the time, so even if you don’t agree with what’s being shown in the movie it adds a layer of authenticity to the story and the father/son relationship.

I’ve never seen Jason Sudeikis in a serious role before, and he’s pretty good here too. He’s the character who really changes throughout the story, and at times shows the greatest amount of empathy. Zoe kind of annoyed me, because she’s always defending other people’s bad behavior, especially Ben’s. And I’m a little tired of the whole damaged woman thing. We get it; you’ve been in a bad relationship before. Welcome to life. Elizabeth Olsen does a good job, even though Zoe is just a dumb character. Dennis Haysbert, who you may recognize from 24 or his Allstate commercials, plays Ben’s agent, and while it’s a small role it’s always cool to see him show up in something. Matt’s uncle is played by Bruce Greenwood, who also stands out in a small role. 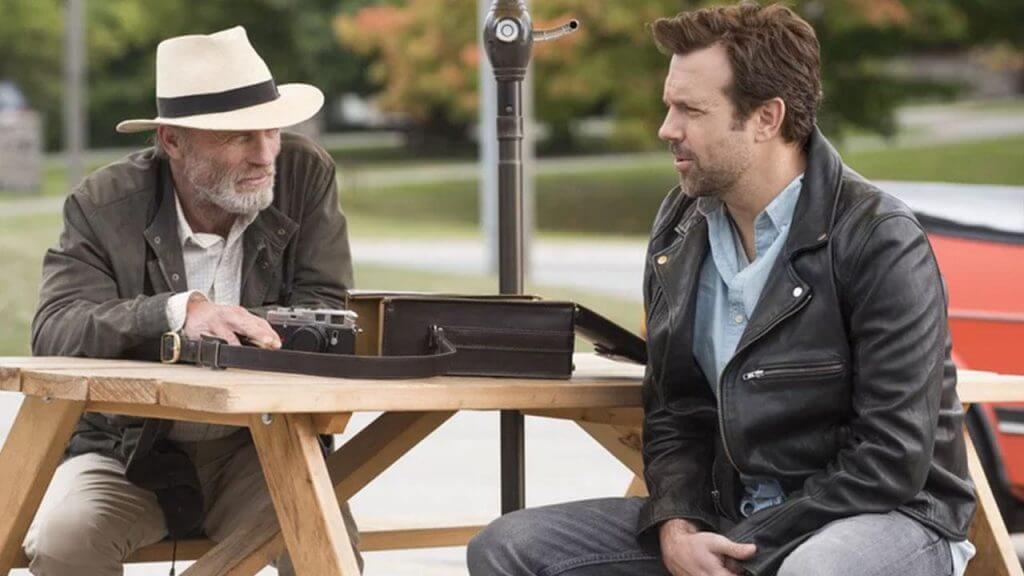 There are a couple of moments in Kodachrome that produce genuine emotion in you. The scene in the hospital where Ben apologizes to Matt is legitimately nice, and it’s the first time you really believe Ben knows he messed up and regrets it. I also really liked it when Ben’s photos have been developed, and Matt sees that they’re all photos of him and his mom. It’s a sweet moment that adds another layer to their journey together.

Ultimately, Kodachrome is just okay. The performances are good, but the characters aren’t very compelling. The film isn’t all that interesting visually or in terms of story and dialogue, and neither the musical score nor the songs in the background are particularly inspired. It’s not a bad movie, but it isn’t a great one either. If you already have Netflix, it’s free and there’s some good in it so I’d say it just depends on how much you like family drama and can tolerate silly dialogue. I don’t regret watching Kodachrome, but it’s probably not one I’d revisit any time soon.

Ultimately, Kodachrome is just okay. The performances are good, but the characters aren’t very compelling. The film isn’t all that interesting visually or in terms of story and dialogue, and neither the musical score nor the songs in the background are particularly inspired. It’s not a bad movie, but it isn’t a great one either.