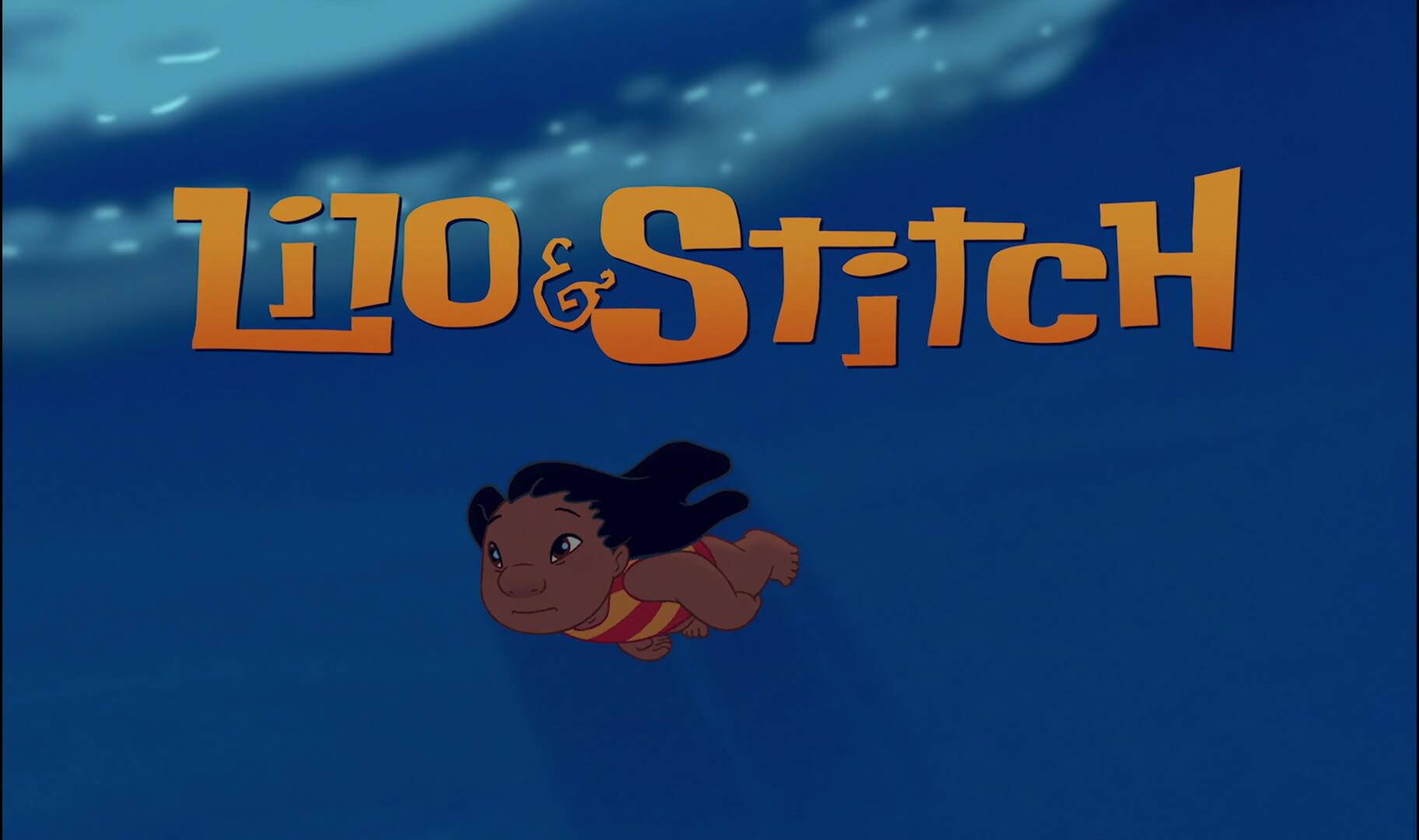 “Ohana means family. Family means nobody gets left behind or forgotten.”

Atlantis: The Lost Empire wasn’t Disney’s only shot at science fiction in the early 2000’s. In fact, the next two films to come out of Walt Disney Feature Animation, Lilo & Stitch and Treasure Planet, were both different subgenres of Sci-Fi from Atlantis. The only success of the three, Lilo & Stitch was the debut of directing team Chris Sander and Dean DeBlois, the original directors of Bolt and eventual directors of DreamWorks’ How to Train Your Dragon (which is excellent, by the way). Sanders had previously worked on Disney films like The Lion King and Mulan, while DeBlois was a story artist on Atlantis.

Lilo & Stitch is another odd duck among the Disney canon, but one that was well loved by critics and audiences alike. Several sequels and a TV spin-off were spawned by this film’s success. Rather than the grand setting and bombastic action sequences of Atlantis, Lilo & Stitch is your standard story of a boy and his dog, only the boy is a girl and the dog is an alien creature created by a mad scientist.There are quite a few interesting ideas here, especially the first time you see the film.

Lilo & Stitch opens in unfamiliar surroundings: Jumba Jookiba, an alien scientist played to hilarious effect by David Ogden Stiers, is on trial for illegal scientific experimentation. Experiment 626, his “abomination,” is too big a threat to society, so the grand councilwoman sentences him to prison, along with his creator. But 626 escapes and the council tasks Jumba — along with Pleakley, a neurotic agent obsessed with mosquito preservation — with capturing and returning him. 626 crashes on Earth in the Hawaiian Islands and gets adopted by a unique little girl named Lilo and her older sister Nani. Through the film, 626 — now named Stitch — evades capture and causes mayhem. 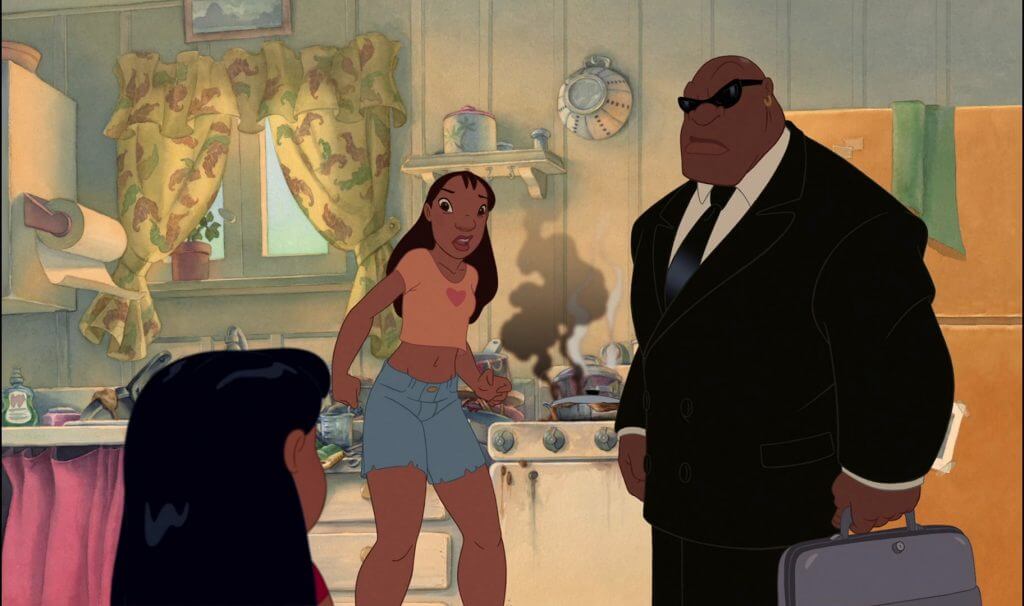 Lilo & Stitch is really creative. The stuff with the aliens isn’t my favorite part, but the designs are interesting and really original. I love how everything in this film is kind of round in shape. It’s beautiful but in a way it looks like something a child would draw. My favorite thing about this film is actually the relationships between the characters. Lilo and Nani’s parents died in a car accident while driving in a storm. Now Lilo’s sister Nani, only a teenager, is left responsible for raising her, maintaining the home and dealing with all the various problems that come the family’s way. Lilo alone is a handful, arriving late to dance practice so she could take a sandwich to a fish she believes controls the weather and getting into a fight with one of the other girls in the class. For such a short movie, the writers actually do a great job showing both sides of the story. Lilo is an outcast because she’s weird, has a temper and often doesn’t know how to act around other kids. She has been interpreted by some as being on the Autism spectrum, and whether or not that was the writers’ intent, I think that’s a valid point of view. She is obsessed with this notion that feeding sandwiches to Pudge the fish will bring good weather, likely because of the storm that caused her parents to crash. She wants to fit in with her classmates, but when they reject her for being weird she “punishes” them by making voodoo dolls of them. Nani gets impatient with Lilo, but it’s because she wants to make the family work and Lilo’s behavior frequently draws the attention of a social worker named Cobra Bubbles. Things get infinitely worse after they adopt Stitch to be a friend for Lilo; the two get Nani fired and sabotage several of her attempts to acquire a new job. Nani has a friend named David who frequently expresses interest in taking her out, but she can’t accept it because even when she tries her hardest she can barely keep the family together. I also enjoy what they do with Stitch; he leaves Lilo at one point to look for his own family, but Jumba finds him and tells him that he was created in a lab, has no family, and can never belong anywhere because he exists only to destroy.

Nani is voiced by Tia Carrere, whom you might know from Wayne’s World and True Lies. She also sings the song “I Never Told You” in Batman: Mask of the Phantasm. I really like all the characters in Lilo & Stitch, but Nani feels the most sympathetic. She’s young and unprepared to raise a child, but all she wants is to stay with her sister and make a good life for her. Throughout the film it feels like the very universe is working against Nani, and the various alien characters don’t do her any favors; her lack of employment prompts Cobra Bubbles to come for Lilo, but a scuffle between the aliens causes her to be captured, and their home is burnt down in the process. She gets Lilo a pet from the shelter so she can have a friend who will love her unconditionally, but Stitch initially uses Lilo only as a shield from his would-be captors. It’s only after living with them for a while and learning the meaning of family that Stitch realizes what he has. Stitch is voiced by co-director Chris Sanders, and like Jumba his voice is pretty funny. David is voiced by Jason Scott Lee and Ving Rhames plays Cobra Bubbles. All of the voice acting in the film is good, and as mentioned before, a decent bit of it is amazing. Child actress Daveigh Chase really brings Lilo to life and creates one of few child characters that actually seems like a real kid.

Lilo & Stitch is a G-rated Disney movie, but there is actually subtext here about Hawaiian life and culture. An earlier version of the script included a sequence of Lilo on the beach talking to racist tourists who see her as a prop in their Hawaiian vacation, and playing a prank to scare them away. This was cut for obvious reasons,  but the film contains less on-the-nose references such as the opening song, “Me Hele no Lilo,” being an ode to the last Queen of Hawaii, Liliuokalani. The luau where Nani works is also essentially a tourist trap that she refers to as a “stupid, fakey luau;” in the modern Hawaii, the Hawaiians are seen as entertainment for white visitors. Lindsay Ellis’ video essay “Pocahontas Was a Mistake, And Here’s Why!” has more information on this subject, and is extremely fascinating in its own right if you’re interested in history and Disney animation. 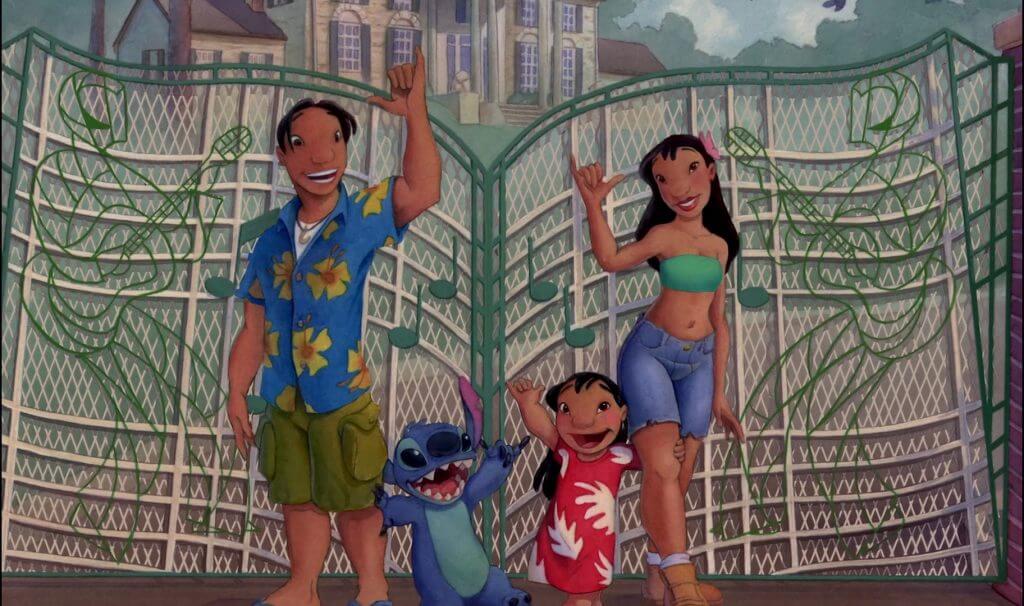 This movie has an amazing soundtrack. Several Elvis songs are played throughout by Lilo, who is a huge fan. But the score and original songs by Alan Silvestri are beautiful and often overlooked within the Disney catalogue.  I really only have one gripe here, and it’s the “Burnin’ Love” cover by Wynonna. First of all, this woman’s voice annoys me. Secondly, they used the real versions of all the other Elvis songs, so why cover this one? It just seems unnecessary and grating.

I really like Lilo & Stitch. It’s not perfect and I prefer the scenes with the family to those involving the aliens, but nothing is bad. I’m definitely a fan of adoption stories and movies where people come together to form a family, and this is a shining example of why. The music and animation are good and the voice actors really bring it. If you haven’t seen Lilo & Stitch I would definitely recommend it. It’s just the kind of quirky family movie that’s got something for everyone, and a little something extra below the surface.

I really like Lilo & Stitch. It’s not perfect and I prefer the scenes with the family to those involving the aliens, but nothing is bad. I’m definitely a fan of adoption stories and movies where people come together to form a family, and this is a shining example of why. The music and animation are good and the voice actors really bring it.