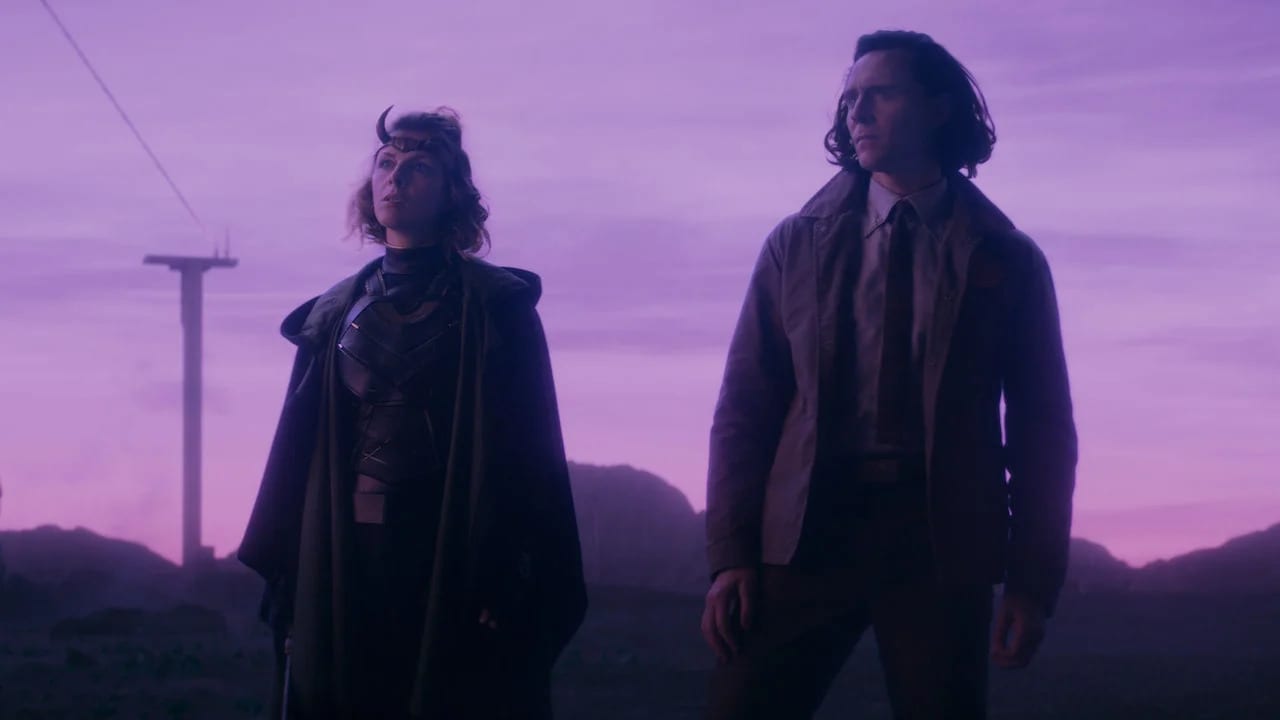 With “Lamentis,” Loki takes on another of the characteristics of its eponymous trickster and shapeshifts, becoming a buddy cop action-comedy without breaking stride. The story and mythology behind the Time Variance Authority take a backseat (though an important piece of the puzzle does lock into place late in the episode), with the focus turning to pure entertainment, with a bit of character development on the side – too much, in one instance.

After stepping through the portal, Loki and the Variant find themselves forced to team up to survive as they make their way through a doomed planet. That’s it; this one is very straightforward, to its advantage.

“Lamentis” begins with a satisfying action sequence, as the Variant makes her way through a hallway full of TVA agents, with Loki in pursuit. After two episodes of watching these arrogant thugs force their will over everyone they encounter, it’s a relief to see some of them get a little payback, even if it’s just the lower-level foot soldiers. And Loki, as ever, is the X-factor, chasing down the Variant without actually helping his captors. The confrontation between the two gods at the end of the tunnel is a reminder that Loki is not the bumbling idiot the previous weeks have made him out to be; he and the Variant hold their own against each other, with neither being clearly superior to the other, and that makes sense. This scene sets up the rest of “Lamentis” nicely; they may not like each other, but they’re all they’ve got. 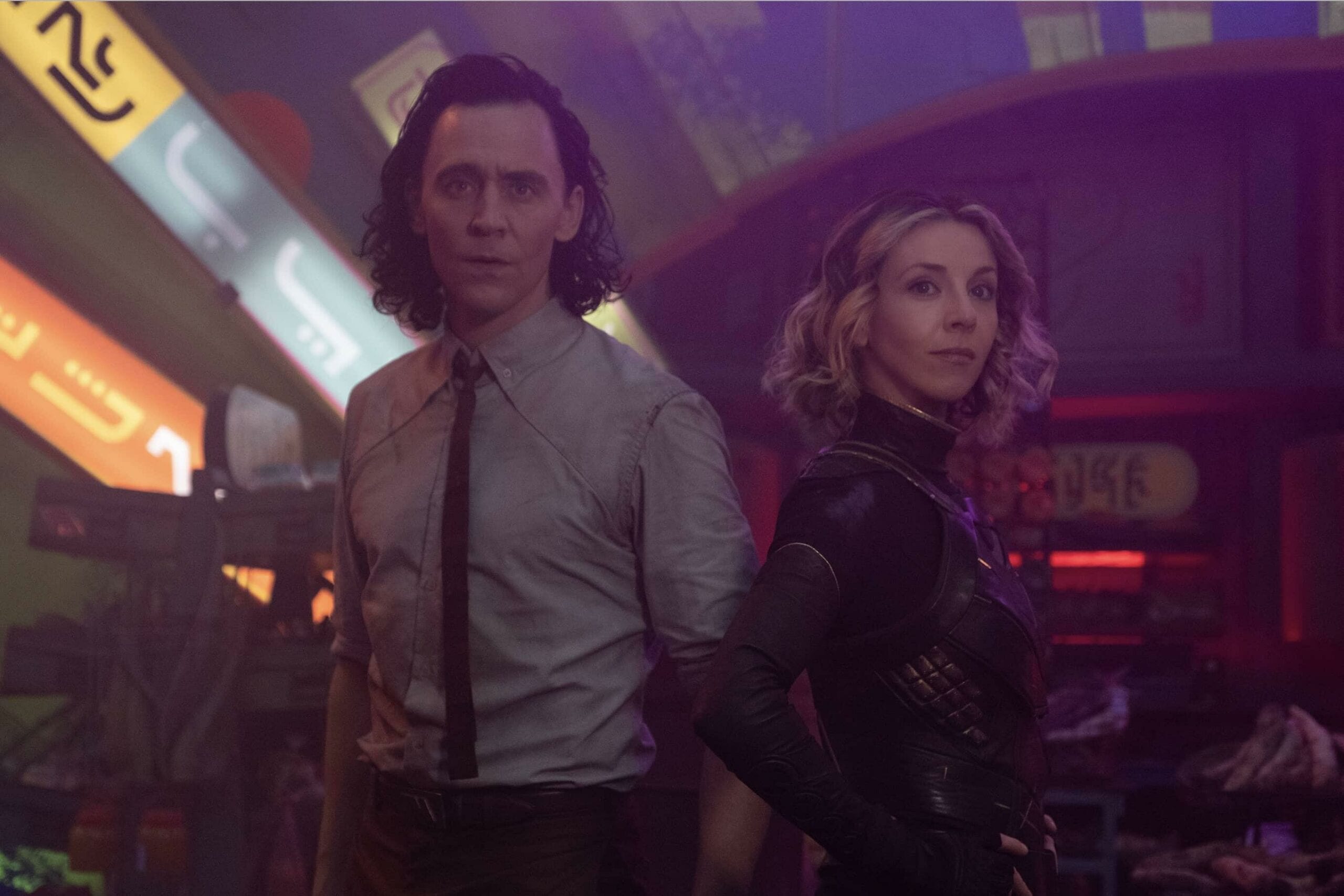 Once they escape to Lamentis-1, a moon facing its apocalypse, Loki and the Variant – who calls herself “Sylvie” – find themselves immediately running for their lives as exploding meteorites rain down on them, the portents of the coming destruction Lamentis-1 faces. And, to make matters worse, the TemPad that brought them to the moon is out of power, so they can’t teleport away. The setup is terrific; Loki and Sylvie can’t trust each other – who in their right mind would trust a Loki, especially another Loki? – but each is all the other has got, and with impending doom at hand, they have no choice but to hope their new traveling companion doesn’t do what’s in their nature.

This is part of what makes “Lamentis” so entertaining. Loki and Sylvie are a much better pairing than Loki and Mobius were. While Mobius was a stick in the mud who wagged his self-righteous finger at Loki while we waited… and waited… and waited for Loki to turn the tables on him (why they felt this part screamed “Owen Wilson,” I have no idea), Sylvie is fun and mischievous. She and Loki score points on each other, relish doing wrong for their own ends, and, in a clever bit of planning, have powers that complement each other.  That neither is representative of an all-powerful government agency – but both are being hunted by one – also allows them to feel like underdogs, which makes them easier to root for than a TVA bureaucrat. We and the show can finally let our hair down and have some fun.

That translates to a faster pace and more action, something I know Loki critics wanted from the first two episodes. While I greatly enjoyed “The Variant” for its thoughtfulness and subtlety, I think they were right about the frustratingly slow “Glorious Purpose.” In any event, “Lamentis” is a jolt of adrenaline for the leisurely-paced series, as Loki and Sylvie find themselves in several fights, tangling with uniformed guards from either the TVA or the local authorities on Lamentis-1. The fights themselves are nothing spectacular, and they rely too much on heavy-handed comedy again – at Loki’s expense, because they seemingly can’t resist making him the butt of every sight gag – but they were necessary to get things moving. It’s also in keeping with the chaotic natures of Loki and Sylvie that they would be the ones to get themselves into trouble more than Loki and Mobius, whose biggest stray from the procedural path was letting a bunch of goats loose in Pompeii. As the short season progresses, I imagine the action will keep pace and hopefully improve. 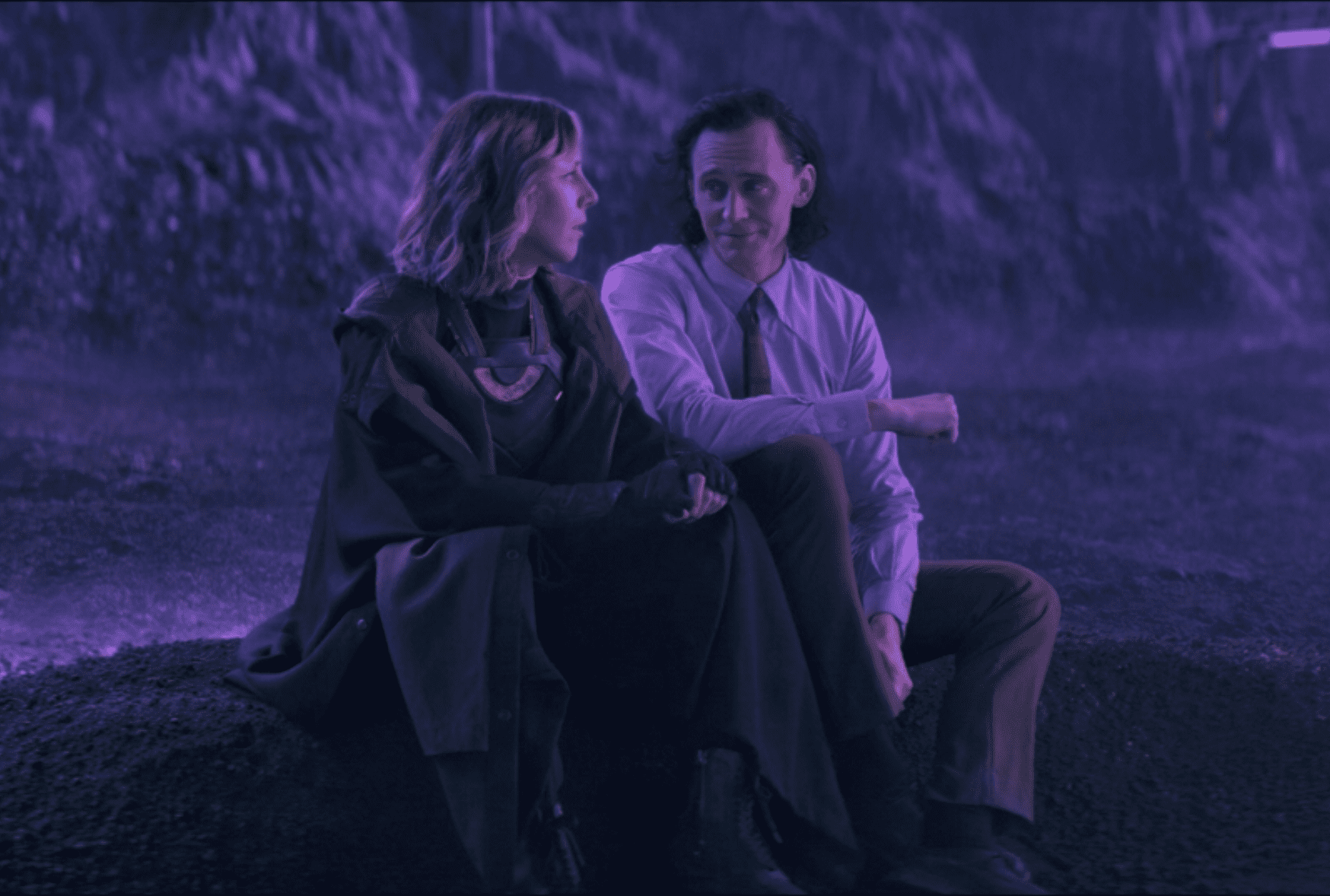 It isn’t all action, though, and aside from the moon’s name, “Lamentis” derives its title (a plural form of the Latin word meaning “lament”) from the regrets Loki and Sylvie feel after a lifetime of mischief and wickedness. Loki remembers his mother, Frigga, and again, the scenes showing his sorrow over what he’s lost get stronger each week. Here, he doesn’t shed a tear, but he remembers his mother fondly, especially when telling Sylvie that she always believed in him. Loki is not exactly a mother’s pride and joy, and Tom Hiddleston expertly conveys with his eyes and facial tics that, in being a selfish hedonist – in being true to himself, if you can use such slight phrasing for a mass-murderer – that he’s disappointed his mother. The bond between Loki and Frigga was introduced beautifully and subtly in Thor: The Dark World (“And am I not your mother?”), and it’s a pleasure to see it revisited in the same spirit in which it was established.

Then, there’s the elephant in the room, the one that, unfortunately, will be the only thing anyone talks about when discussing “Lamentis.” When Sylvie asks about his sexual preferences, Loki says he’s dallied with “a bit of both.” If you didn’t hear him, it was because a legion of Disney and Marvel employees were patting themselves on the back with a force similar to when Thor took the full power of that star in Infinity War. I know that this has been canon for a nearly 60-year-old character (in the comics) for as many as seven years now, and it was referred to all of once as far as I can tell, but it feels as shoehorned into this show as Captain Marvel was into the MCU. Imagine stopping 48 Hrs. short so Nick Nolte could say to Eddie Murphy, “By the way, not only do I want to know where Ganz is, but I play for both teams, if you know what I mean,” and you’ll have an idea of how this moment feels. Hopefully, they’ve now gotten their crusading out of their system and this never comes up again, but if they do with this on Loki what they did with race relations on The Falcon and the Winter Soldier, we can safely say Marvel’s output is now effectively a lecture series.

While most of “Lamentis” feels like an interlude, the nature of the Time Variance Authority gets murkier through a brief dialogue near the end. Sylvie tells Loki that, unlike what Mobius believes, the TVA does not create its own agents from scratch. No, these people are plucked from the “sacred timeline,” variants who were put to work for the Time-Keepers. More and more, the veil is being lifted, and the all-powerful beings who maintain the status quo are proving to be nothing more than petty tyrants whose grasp on the universe is tenuous at best. I’m excited to see this play out, and I want Loki to show them what a real god can do. 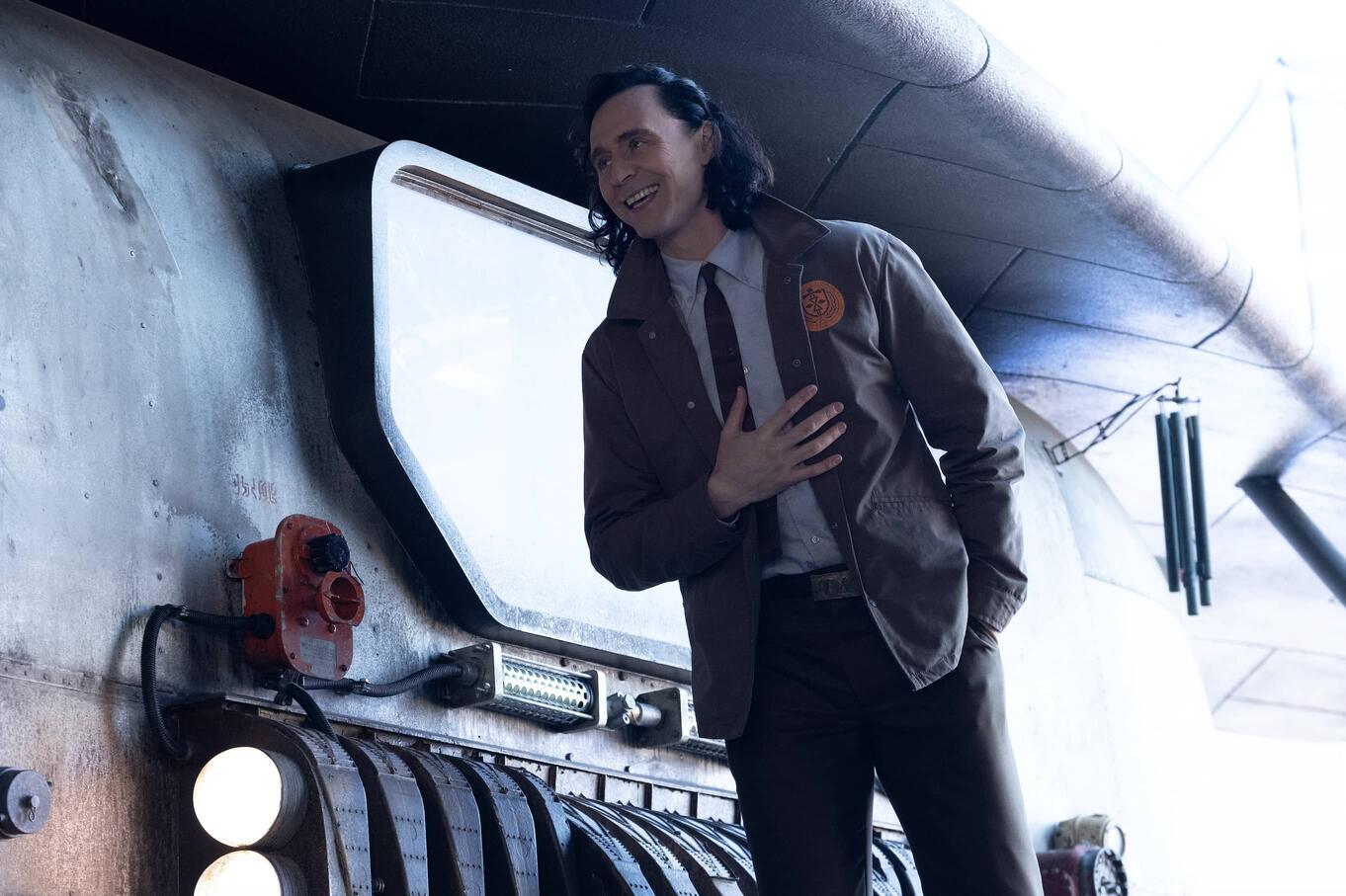 “Lamentis” is a fun episode that swings Loki’s focus from ponderings on the nature of free will to lighthearted action and comedy. Loki and Sylvie make an entertaining pair, and Loki’s regrets lead to some good character work, although the forced “inclusion” is grating and some of the humor is still too broad. But I like this show a lot more than I thought I would after the premiere.

“Lamentis” is a fun episode that swings Loki’s focus from ponderings on the nature of free will to lighthearted action and comedy. Loki and Sylvie make an entertaining pair, and Loki’s regrets lead to some good character work, although the forced “inclusion” is grating and some of the humor is still too broad. But I like this show a lot more than I thought I would after the premiere.