“I don’t want your chicken.”

“And I don’t want to hurl through space, but here we are.”

In “Trajectory,” John and Maureen see the Darrs embarking to leave planet. John climbs aboard, sabotages their Jupiter and summons the other families. The Robinsons inform everyone that the planet is dying and they need to go, but they only have enough fuel for one Jupiter, so one person will have to go first and send back help. They decide to strip the Jupiter down to only the essentials. Vijay breaks up with Penny. Don and Judy arrive, causing Dr. Smith to panic; she offers to drive Will back to the Robinsons’ Jupiter. Maureen accuses Victor of giving Angela the gun, but he tells her to look elsewhere. Don thinks that Maureen’s math won’t work out and that they can’t just assume that what’s left of the Jupiter will work.

Judy warns Maureen about Dr. Smith and Maureen shuts Dr. Smith in a closet. Smith reveals her real name and says she tampered with the Jupiter, which may or may not be a bluff. They decide John is the only one that can pilot the Jupiter out of the atmosphere and ask the kids to list pros and cons. Will doesn’t want him to go but everyone is counting on him. The family stage a simulation for John to practice piloting the Jupiter. They receive a transmission saying that the Resolute is leaving in 24 hours. Dr. Smith tells Will that whoever flies the Jupiter will die and that it doesn’t have to be John. Don West decides to go with John after some prodding from Judy. As they head out, Will approaches Dr. Smith. She shows Will the robot parts she has and suggests he can fly the ship. Released by Will, Dr. Smith knocks Maureen out, and without her guidance, Don and John’s Jupiter explodes.

This is one heck of an episode. There are no boring subplots in “Trajectory” and every character has something important to do. And I take back what I said about “Pressurized;” Victor and his son Vijay are terrible after all. It’s unbelievably selfish for them to try to leave everyone else stranded on the planet, and they never would have made it to the Resolute anyway. Vijay’s just a spineless little punk who betrays Penny’s trust, offers a half-hearted apology and breaks up the relationship he claims never existed. It’s great to see Dr. Smith’s lies come to light in “Trajectory,” but it’s too bad she still seems to be too cunning for the Robinsons. I just wonder why Maureen doesn’t tell Penny and Will that Dr. Smith has been lying and using them. If she made this clear, I don’t think Will would even give Dr. Smith a chance to trick him. Why don’t the parents see this as a possible outcome?

“Trajectory” gives us another great scene with Judy and Don where she asks him to do the right thing, and he lists the good things he’s done and all the bad outcomes. However, Judy gives him the “I’m disappointed in you” look and the shot cuts to him in a space suit. This is somewhat predictable but still satisfying and funny. I also like when he leaves the chicken with her for the trip. His love for that chicken is weird and random but still endearing. Maureen and John actually get a lot of good stuff in “Trajectory” too; I particularly like when Maureen says “Welcome to 1962” and it cuts to the credits. Can you say “chills”? That is so cool. It’s also nice when they kiss before John takes off, and you can see how happy all the kids are to see them together. Life is good without Maureen in witch mode. It’s convincing, too, and the actors are much more fun to watch now than when they were while fighting for custody and authority.

The ending of “Trajectory” really got me. I’ve been watching these episodes one per week like in ye olden times before streaming, and this is the first time I’ve felt really tempted to go ahead and watch the next one. Knocking out Maureen is one of the worst things Dr. Smith has done yet, potentially killing Don and the kids’ father just so she can regain control over the situation. Will’s desire to save his dad is understandable, and it really feels like he should have been told why he needed to stay away from the garage. These characters are all blind where Dr. Smith is concerned, and this situation is no exception. Maureen should have known this was liable to happen, especially since Will was the most noticeably distraught at the prospect of John leaving again.

This feels like the first episode that doesn’t have any dead weight. For a while I was enjoying the show a lot but there were major drawbacks, like the parents bickering and the increasing tediousness of Dr. Smith’s lies. “Trajectory” is pretty much amazing from start to finish; it’s just a real shame it took this long for the show to shed elements that were, frankly, unnecessary. Obviously Dr. Smith is still a liar, but now everyone (except Will, of course) knows the truth and she’s desperate to get anyone to listen to her.

I don’t have any major problems with “Trajectory”. Lost in Space represents something that’s been largely missing from modern sci-fi: a sense of adventure and a positive view of the future. Earth may be deteriorating, but the characters in this world seek a better place in space. There’s always going to be danger (Dr. Smith), but it’s more fun when it’s not all doom and gloom, all the time. In “Trajectory” no character or subplot feels unnecessary. All aspects of this episode work together to form a cohesive whole, and in this sense it almost feels like a mini-movie rather than a TV episode. We’re entering the endgame of season one and the story and characters are kicking into gear. I really can’t wait to finish up, and I’m hoping Dr. Smith didn’t really kill Don and John. But much like the robot, I find it difficult to believe they would get rid of these characters in the first season when they have more planned. “Trajectory” is a great episode and I look forward to what lies ahead.

In “Trajectory” no character or subplot feels unnecessary. All aspects of this episode work together to form a cohesive whole, and in this sense it almost feels like a mini-movie rather than a TV episode. We’re entering the endgame of season one and the story and characters are kicking into gear. 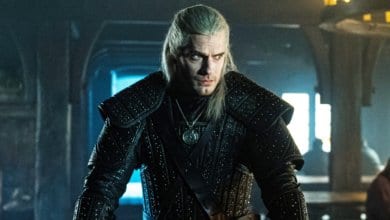 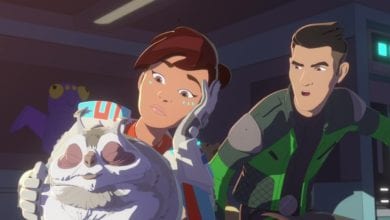 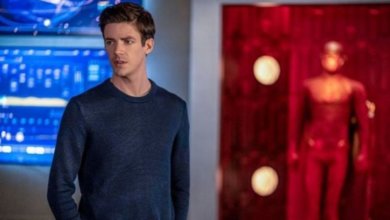 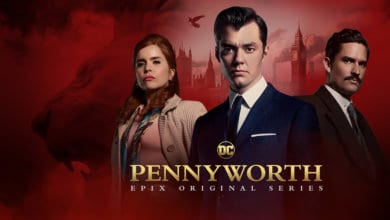