Marvel’s Luke Cage season 2 has hit the streets and hopes to recapture the spirit of and grow beyond a great first season. While the first struggled in its later episodes (after a simply stellar first half), it boasted excellent performances, a deep and interesting setting, and compelling characters. I’m very happy to report that Luke Cage season 2 not only brings all of the aspects that made season 1 what it was, but expands on them — for the most part.

Set after the events of team-up series The Defenders (an eight-episode crossover between this and Marvel’s other Netflix series — Daredevil, Jessica Jones, and Iron Fist), Luke Cage season 2 finds Luke (Mike Colter) in a position viewers aren’t used to in Marvel’s Netflix stories: he has become pretty darn famous. Luke is the hero without a mask and has made it known that Harlem is under his protection, but with his name buzzing on social media, all sorts of things have changed for him; Luke Cage/Power Man merchandise is being sold out of Pop’s Barbershop, Nike is courting him for an endorsement deal, and there’s even an app people can download to see Luke’s latest events in crime-stopping. Change is one of the major themes throughout the 13-episode season.

While there is clearly a lot of change in Luke Cage season 2, there are still a few constants. Rosario Dawson’s Claire Temple — the anchor between the Marvel Netflix series, who has appeared in every show except for The Punisher — is still around and is still Luke’s girlfriend (though while this is the case, don’t expect to see much of her this season). Claire is very vocal about the changes she sees in Luke: his apprehension at becoming a famous superhero; his strained relationship with his now-in-town father James Lucas (played masterfully by the late Reg E. Cathey); his growing frustration, resulting in anger and poor decisions; the erupting violence on the streets of Harlem thanks to Mariah Dillard (a returning Alfre Woodard), who is now head of the Stokes family “business” and owner of the Harlem’s Paradise club in the wake of Cottonmouth’s death and Diamondback’s defeat in season 1; and, most importantly, the newest threat in town — John McIver, also known as Bushmaster. All of these things weigh heavily on Luke and are causing him to act out of character at times, and Claire has had about enough. This now-strained relationship culminates in an emotional scene that is one of the season’s many strong points. Tension between two characters we have grown to know and love truly draws the audience in more, and though some might be split on whose side they should take, it is apparent that human emotion is one of the things Luke Cage does so well. Much needs to be said about the short yet effective performance by Rosario Dawson, especially in these intimate scenes with Luke, and Mike Colter continues to deliver an outstanding portrayal throughout Luke Cage season 2, just as he has done since his appearance in Jessica Jones’ first season.

Misty Knight (Simone Missick) returns as well, and has one of the best character arcs of the season. Misty is still reeling from the loss of her arm at the blade of Bakuto during The Defenders, as well as the lingering feelings of regret, remorse, and anger from the dark revelations about her former partner during Luke Cage’s first season. When we pick up Misty’s story, she is now retired from the police force, broken down, and essentially bored without a sense of purpose. But Misty isn’t one to be down and out for long, and she walks away from her pension and retirement to join the force once again in the wake of the rising threats from Bushmaster and Mariah. An appearance from Iron Fist’s Collen Wing (Jessica Henwick) helps Misty get back on the horse, as well as delivers memorable scenes fans are sure to enjoy, especially those familiar with the pair’s history of teaming up in the comics. Misty faces a great many trials and tribulations throughout Luke Cage season 2, and thanks to excellent writing and a solid performance from Simone Missick, she remains one of the most interesting characters on the show.

As far as villains, Luke Cage season 2 is packed full of them. The most prominent, however, is Mariah Dillard. Now reigning at the top of the Stokes family criminal business, she’s looking to get out of the game and go legit, along with her right-hand man and new boyfriend, Shades (Theo Rossi). In order to do so, she must sell off her supply of guns; this is a problem because, while she needs the money, she wants to be sure she sells the weapons to a gang who will use them in the least detrimental way to her beloved Harlem. Her arc takes her character to some really dark places, which is crazy to think about considering where Mariah was at the end of season 1; we knew she was a true villain, but we hadn’t seen anything yet. Mariah’s long-estranged daughter, Tilda Johnson (Gabrielle Dennis), comes back into the picture in a few ways, but it’s the always-tense scenes between the two that reveal much more than what we initially knew about Mariah. One specific moment late in the season is truly phenomenal, and Alfre Woodard deserves an Emmy nomination for her performance.

Shades is also given much more depth in Luke Cage season 2. Now that he is deep in cahoots with Mariah — professionally and personally — he furthers the theme of change. Shades serves as almost a voice of reason to Mariah, trying to pull her in the right direction. He wants what’s best for her, and them as an item, and that appears to be Mariah’s going clean and legit. When that plan starts to fall apart, Shades is still by Mariah’s side, handling what needs to be handled for the woman he loves. Shades is involved in unexpected storylines that keep things interesting towards the middle and end of the season, where a lot of the Marvel series tend to dip in quality. Theo Rossi delivers one of his most powerful performances to date, one that absolutely cannot be missed.

As for John “Bushmaster” McIver (Mustafa Shakir), his story is perhaps one of the most interesting of the season. While not quite as compelling a villain as Mahershala Ali’s Cottonmouth, Bushmaster is a villain the audience can get behind. A Jamaican gangster with a vendetta towards the Stokes family for doing his own kin wrong many years ago, Bushmaster’s mission is to take Harlem from Mariah, regardless of who stands in his way — even Luke Cage himself. Due to his immense strength, Bushmaster is more than a match for Luke Cage; their fight scenes are done exceptionally well and are a nice contrast to the typical “throw bad guys around the room” choreography we’re used to in this series. Bushmaster’s power stems from a place I didn’t see coming, a wise break from having yet another character get super through an experiment gone wrong. Perhaps best, though, are the scenes between Luke and Bushmaster where they are simply talking. Bushmaster doesn’t necessarily want to get rid of Luke; Luke just stands between him and his goal of burning Mariah and the Stokes empire to the ground. Mustafa Shakir gives an excellent performance as the mysterious Bushmaster, and I’m excited to see what’s next to come in his career.

While Luke Cage season 2 is great, it isn’t without its problems. For example, there are so many storylines going on at once that it can become a tad overwhelming. I understand the want to flesh out each character and give them something to do, but as with most of the Marvel Netflix series, Luke Cage could probably benefit from having shorter seasons. Eight episodes was just right for The Defenders, and the same could go for the other shows; possibly even ten episodes would do just as well. It becomes somewhat frustrating at times, and the show can feel like it’s moving a bit too slow for some viewers’ tastes, but, again, this is done with the intention of letting the characters grow, so it’s forgivable. Also, as great as Bushmaster, Shades, and Mariah are, they, unfortunately, are still not as awesome as Cottonmouth, a problem I hope can be remedied with the potential third season.

Luke Cage season 2 is a well-done effort. Despite issues with progression and not quite meeting or exceeding the high points of season 1, this is a must-watch outing for Luke. There is a lot of fun to be had on screen, with an excellent soundtrack, surprise performances by the likes of Stephen Marley, KRS-One, Ghostface Killah, Rakim, and Jadakiss, and, as always, a few nods to the greater Marvel Cinematic Universe (including a blink-and-you-miss-it yet surprising one giving a nod to one of the newest Marvel television shows, Cloak & Dagger). My personal favorite is the one-episode appearance of a certain Defender; while I won’t outright spoil who it is, I’ll say their small showing in Luke Cage season 2 is by and far better than their appearance in the entirety of their own show AND their appearance in The Defenders. Character development is the main focus here, and you will probably be surprised where Luke himself ends up at the end of the season — I know I was.

Have you watched this season of Luke Cage yet? How did you feel about it? Let us know in the comments, and be sure to keep your browsers locked to Geeks + Gamers for all of your Marvel-related needs and more!

Luke Cage delivers another great season. While not as high as the extremely high points of season 1, the stellar performances, action, and major storylines make this a worthy successor - and much better than the back half of season 1 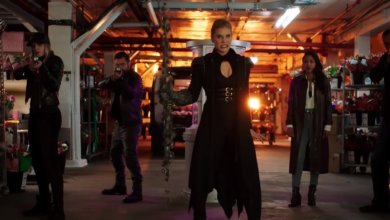 REVIEW: The Flash – Season 6, Episode 11 “Love is a Battlefield” 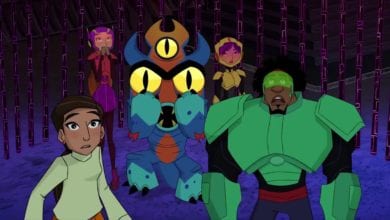