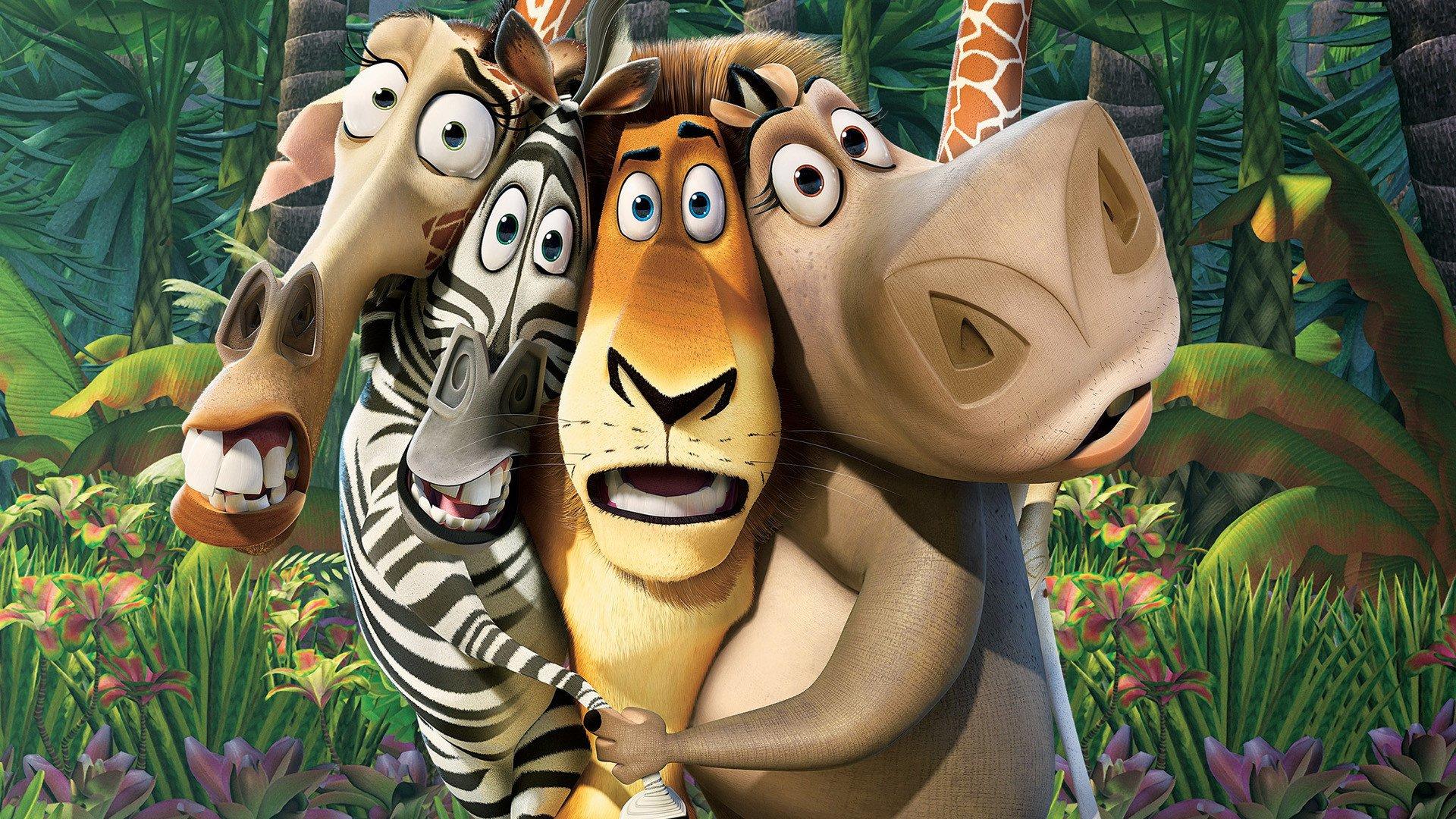 DreamWorks had a weird year in 2004. Less than six months apart, the studio released one of the greatest sequels of all time and one of their worst movies to this day. Looking back, it seems like a total crapshoot as to what the studio would put out next. A sweeping, thoughtful epic like The Prince of Egypt? A ten-laughs-a-minute comedy like Shrek 2? Another dud we’d all like to forget, like Shark Tale? In 2005, DreamWorks Animation was a studio with no real identity. Disney was known for its fairy tale musicals, and Pixar was a name synonymous with success. DreamWorks had released some wonderful movies and had several wins, but they didn’t have a trademark style. Audiences never knew what to expect from them. 2005’s Madagascar likely seemed to have come out of nowhere, but it didn’t.

In 2006, Disney would distribute a movie called The Wild. It was actually made by C.O.R.E. Digital Pictures, a now-defunct Canadian studio, but Disney’s involvement is the key. Madagascar came out almost an entire year earlier than The Wild, but the latter went into production first. It’s likely that Jeffrey Katzenberg caught wind of the movie and decided to again one-up his old comrades at the House of Mouse. It sounds like a conspiracy theory, but it’s well known that Antz was a copycat, Shrek was a parody mocking the Disney style and formula, and Sinbad was literally poached from them. The ironic thing, in this case, is that Madagascar is the superior movie in almost every way. It was certainly more successful; do you remember the toys, backpacks, party supplies, etc., with Alex and Marty on them? Years after Madagascar came out, there were Madagascar-themed Easter baskets and bedding. I plan to re-watch The Wild soon to make a proper comparison, but it wasn’t nearly as popular as Madagascar, and when I saw it in theaters, I didn’t like it. No matter how you look at this situation, DreamWorks and Katzenberg came out on top this time. 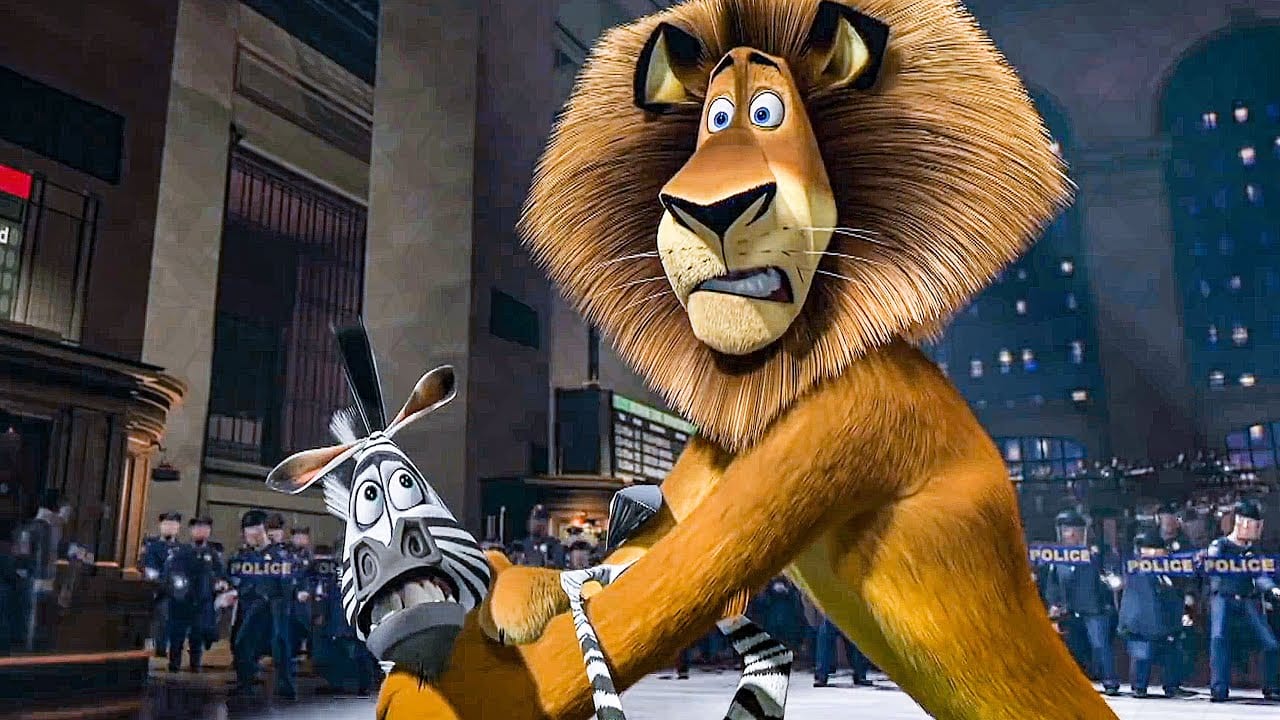 Madagascar follows Alex the lion (Ben Stiller), Marty the zebra (Chris Rock), Gloria the hippo (Jada Pinkett-Smith), and Melman the giraffe (David Schwimmer), all attractions housed at the Central Park Zoo. Marty is turning ten years old and fears spending his whole life within the zoo walls. At his birthday party, he vocalizes his feelings to his friends, who are horrified. They all (especially Alex) love basking in the adoration and camera flashes of their visitors, and they have a good life at the zoo. But Marty wants to run free in the wild, and when he gets an escape idea from some rogue penguins, he takes his chance. His friends chase him to Grand Central Station in an attempt to lure him back home, but they all get tranqued, crated, and sent to their natural habitats in the wild. Things go amiss, the furry friends land on Madagascar, and hijinks ensue. 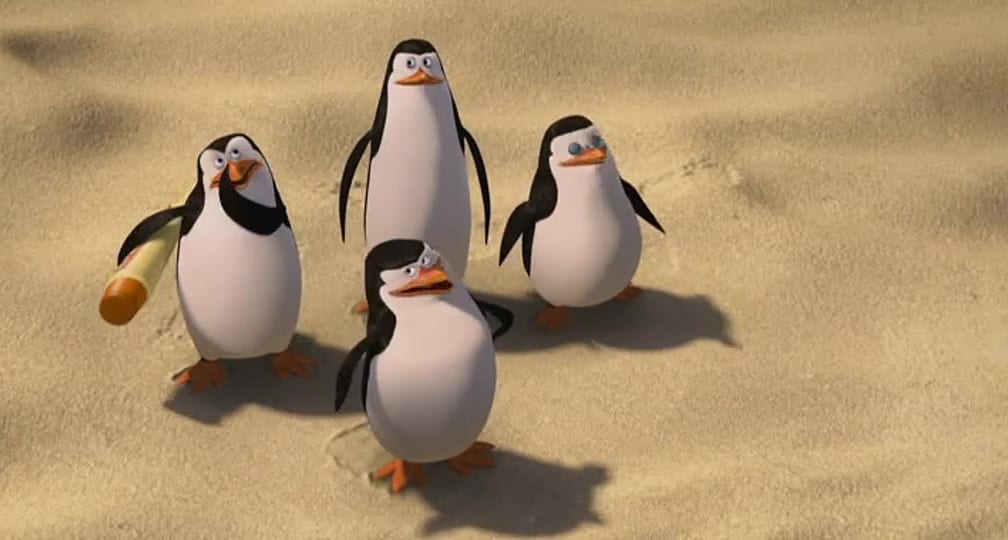 Shrek refined the sarcastic comedy and pop culture savviness Antz attempted, but Madagascar perfects it. Personally, I consider Madagascar to be the film that solidified the studio’s identity going forward. Madagascar is a little bit safe compared to Antz and Shrek, but it’s also not unpleasant and nasty like they are. Not every joke lands, but there are so many that you’re bound to laugh a lot in the film’s brisk 86-minute runtime. Stiller and Rock have excellent chemistry as Alex and Marty, who serve as the leads more than Melman and Gloria. Alex is very vain and egocentric, traits that have been fostered by his life of being pampered and fawned over as the zoo’s number one attraction. Meanwhile, Marty doesn’t find fulfillment or even fun in his job, and at the end of the day, he feels empty and unsatisfied. Melman is a hypochondriac obsessed with which insurance the zoo has him on, and Gloria is essentially a sassy black woman stereotype but as a hippo. 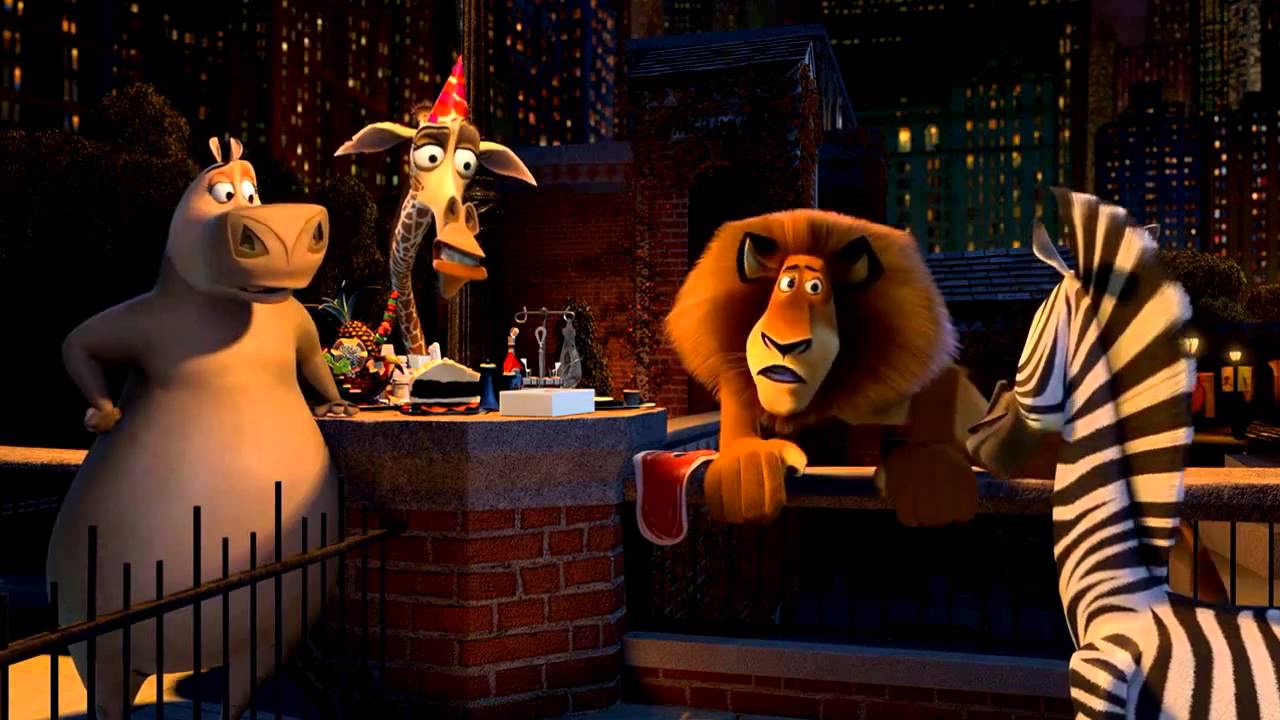 As you can probably tell, I like Gloria the least out of the principal characters. She isn’t too annoying and doesn’t ruin the movie, but it feels like less thought and care was put into her characterization. All of the other characters have believable feelings and goals caused by their lives in the zoo, which is both more believable and, ultimately, funnier. This almost goes without saying, but the penguins (Tom McGrath, Christopher Knights, Chris Miller) are hilarious in this first film. I think they got overused as the movies went along a la the minions in Despicable Me. However, they are great in this one, and it’s easy to see why they got so much focus later on. I think the chimps Mason (Conrad Vernon) and Phil are a bit too much. I don’t hate them, and they get a couple of good gags, but the main characters, the penguins, and especially the lemurs provide plenty of comedy without them. Sacha Baron Cohen, Andy Richter, and Cedric the Entertainer shine as King Julian, Mort, and Maurice, the main lemurs Marty and friends meet once they reach Madagascar. Sacha Baron Cohen is always really good as a side character from what I’ve seen, but I don’t care for his own movies he stars in. Madagascar is no exception to that; he’s hilarious as the absent-minded, narcissistic King of the Lemurs. 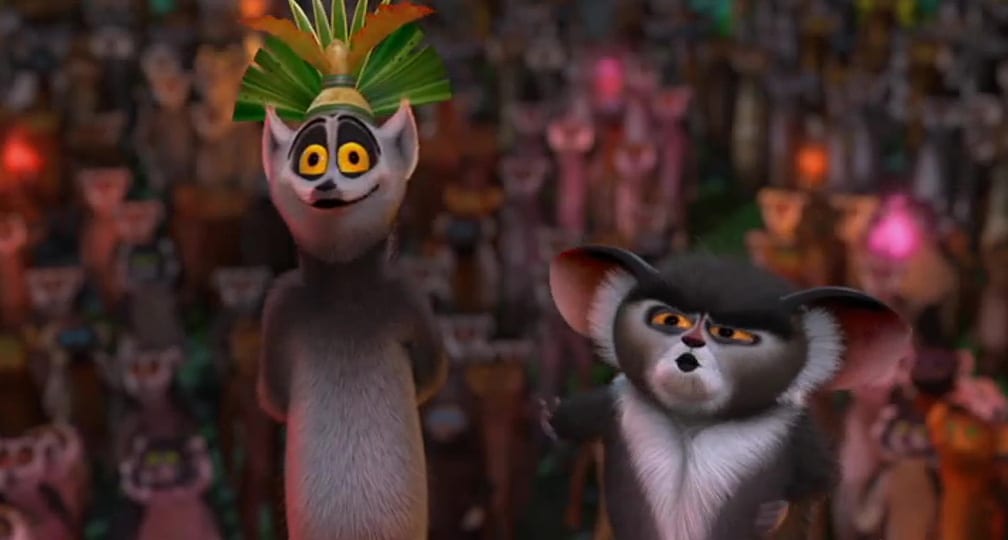 I also really like the animation in Madagascar. The textures are very good for when the film was made, it’s quick and zany, and the designs are very distinct in their style. The humans in Madagascar don’t look like humans in any other animated films I’ve seen, and the same goes for the animals. The comedic timing and hilarious visual comedy remind me of old Warner Bros. cartoons, and I mean that as the highest compliment. The musical score by Hans Zimmer is beautiful and, at times, genuinely catchy; this is a score you’ll be humming when the movie is over.

Overall, I really like Madagascar. The characters are mostly likable, the story is nothing too special – but never boring – and the technical aspects are great across the board. I never cared much for Jada Pinkett-Smith as Gloria, and some of the film’s comedic sidekicks get redundant after a while, but I think Madagascar works more often than not, and it’s extremely entertaining.

In a very subtle way, Madagascar makes a funny critic of the “noble savage” concept. That’s why I like this film. :D