Madagascar 3: Europe’s Most Wanted is the only movie in the series I’ve seen in theaters. My family always loved the Madagascar movies, but we saw about one film a year theatrically when we were kids. I’m glad this was the one I saw on a big screen because Europe’s Most Wanted has to be the wackiest of the movies. With new cast members, more locales than either of the preceding movies, and the same insane energy, Madagascar 3 dials the series’ formula up to 11. Let’s take a look.

Madagascar 3: Europe’s Most Wanted sees the zany zoo animals leave Africa for Versailles, where the penguins and monkeys are already enacting an absurd get-rich-quick scheme. They attract the attention of Captain Chantel DuBois (Frances McDormand), a French animal control officer with a penchant for poaching. She becomes obsessed with taxidermizing Alex to add a lion to her collection. To evade DuBois, the manic mammals join a traveling circus under the pretense of being circus acts themselves. There, they meet the effervescent Gia (Jessica Chastain), dimwitted but well-meaning Stefano (Martin Short), and gruff, combative Vitali (Bryan Cranston). The plan is to get off the train until the guys discover that the circus aims to go to New York. Together, the circus animals and their new friends avoid Captain DuBois and train for their big shot at impressing an American talent scout. 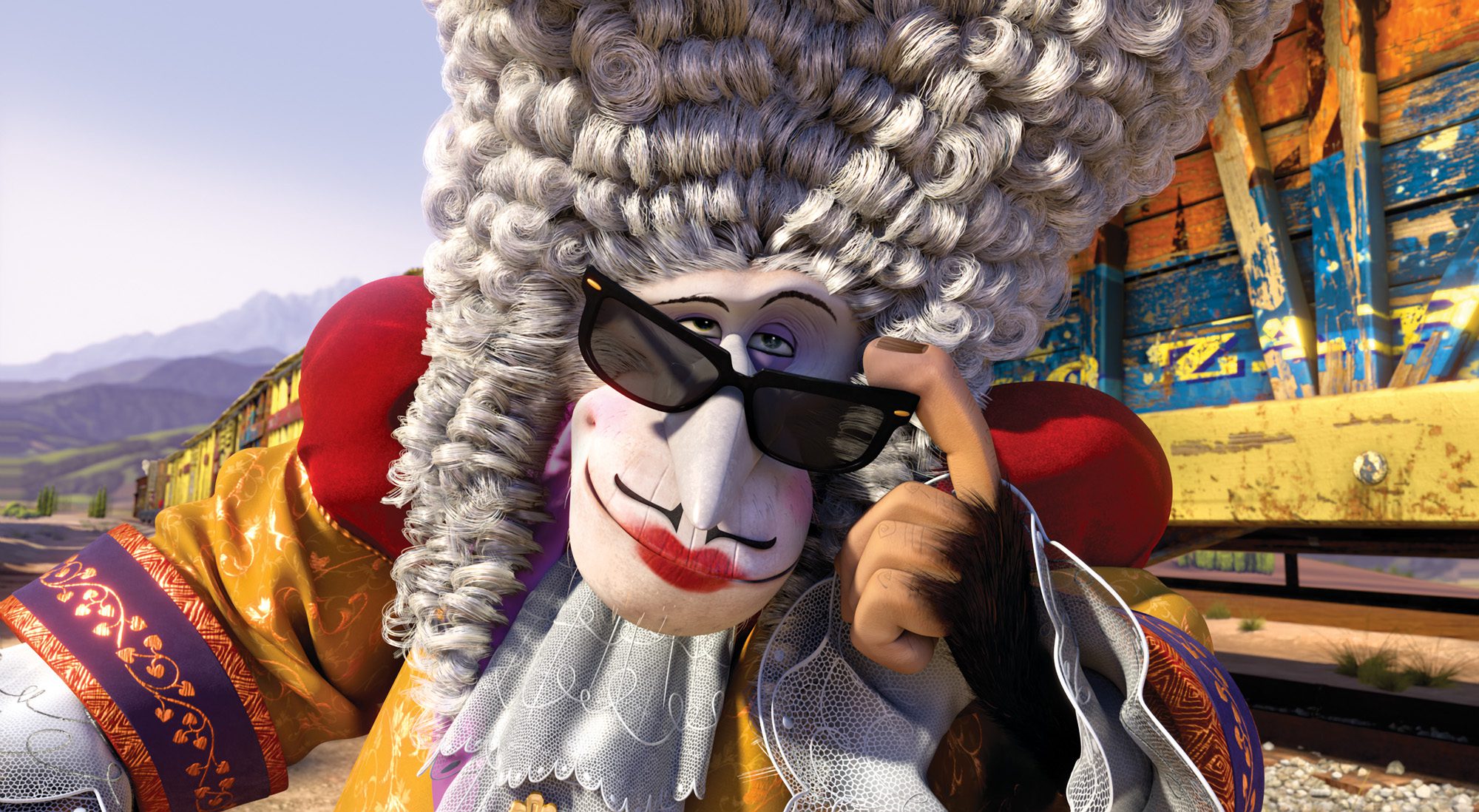 I’ll get the obvious out of the way first: the new cast members are excellent. Gia and Stefano are adorable, Vitali is intimidating and a genuinely interesting character, and what can be said about Frances McDormand as the crazy, unstoppable, bloodthirsty DuBois? I feel weird saying this because everyone is terrific in this movie, but this may well be my favorite character/performance in Madagascar 3: Europe’s Most Wanted. She’s funny and menacing at the same time, which can’t have been easy to pull off. I love her character design and broad, expressive face, and the scene where we see the heads of animals she’s bumped off actually made me mad. The first and second Madagascar movies have particularly weak villains, but I was always okay with it because they were screwball comedies. I came to laugh, not to worry about who wants to skin the lion. However, to have such a twisted, violent villain actually adds to the movie’s comedic tone? She almost reminds me of Elmer Fudd or Yosemite Sam, although I’m not saying she’s that iconic or will age that well (but I’m also saying that). Vitali has a great character arc, better than anything any of the principal characters go through in this movie. 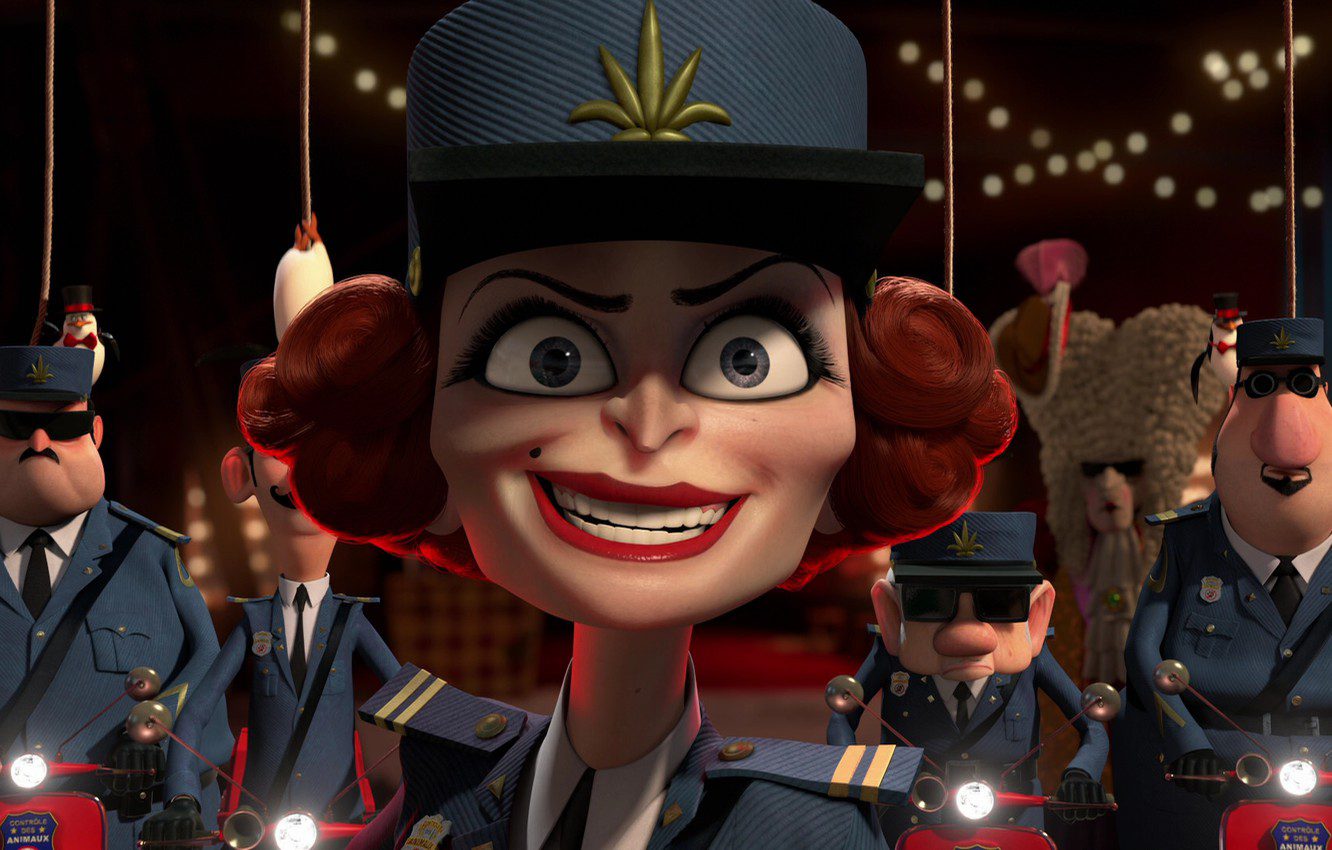 One issue I have with Madagascar 3: Europe’s Most Wanted, and the Madagascar series as a whole, is the constant shifting of the main characters’ importance to the story. This happens in other movie franchises, too (I’m glaring at you, Toy Story 3 and 4.) It’s not a huge deal here because I don’t take the Madagascar movies too seriously. But it is kind of distracting when Gloria and Melman’s individual personalities have all but disappeared, and Marty is relegated to background noise. At least Alex gets to know Gia and makes the eventual decision to stay with the circus, but his friends add little to the film’s story or even comedy. Marty was also sidelined in Escape 2 Africa, but that story was about Alex’s family and the life he could (and should?) have had. And in that movie, Marty had the conflict about feeling interchangeable and unappreciated. I don’t see why they couldn’t give him something to do here aside from yelling “afro circus” at every opportunity. Meanwhile, Melman and Gloria’s relationship continues, but they don’t do anything with it. There’s no conflict, which would be fine if they were funny, but they’re not. I still don’t know why they paired these two up in Escape 2 Africa because they don’t play off of one another that well. Europe’s Most Wanted also gives King Julien a love interest in the form of Sonya the bear. These two are funnier than Melman and Gloria. You can’t take them seriously, but that’s okay because this is Madagascar. You know what to expect. I do find it kind of weird that this movie has three different couples among its animal cast, and only one of them is really funny. 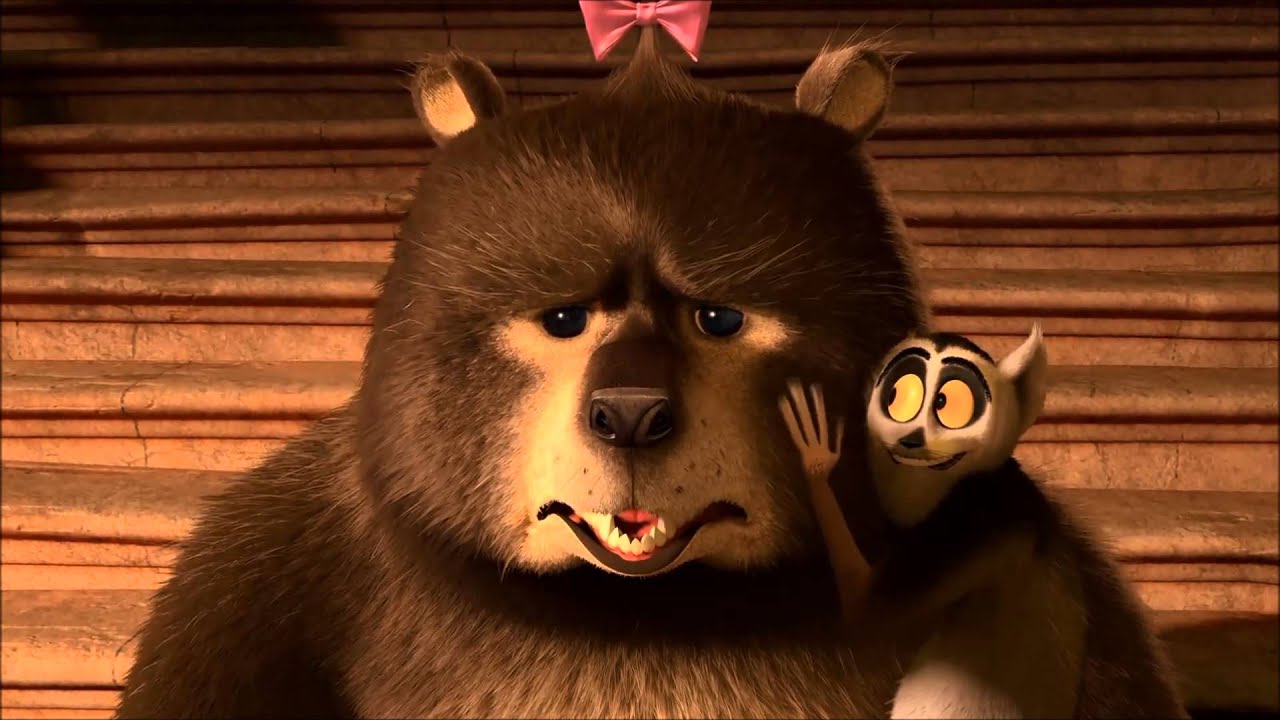 This film does contain some melodramatic story elements that don’t add much and aren’t needed. I mainly mean the whole “liar revealed” thing when Gia and the others discover that Alex, Marty, Gloria, and Melman are really from a zoo. I think most people really hate this trope, and I’m not a fan either. Thankfully, it doesn’t take up too much runtime in Madagascar 3, and they get the plot moving again pretty quickly. It seems like movies (and animated films are particularly bad about this) resort to this lazy, generic conflict when they don’t know how to break up the characters organically. I honestly don’t know why they even need to split up; they have a maniac after them, and they have to work to even get to New York. This movie has plenty of conflict without this garbage. They could have easily introduced themselves as zoo animals, and Stefano and Gia likely would have welcomed them anyway (even if Vitali wouldn’t). As I said, though, this doesn’t last long, and I don’t care too much in this case. Unlike A Bug’s Life or some other films with this same tired story beat, Madagascar 3 has a lot to offer that makes up for it. 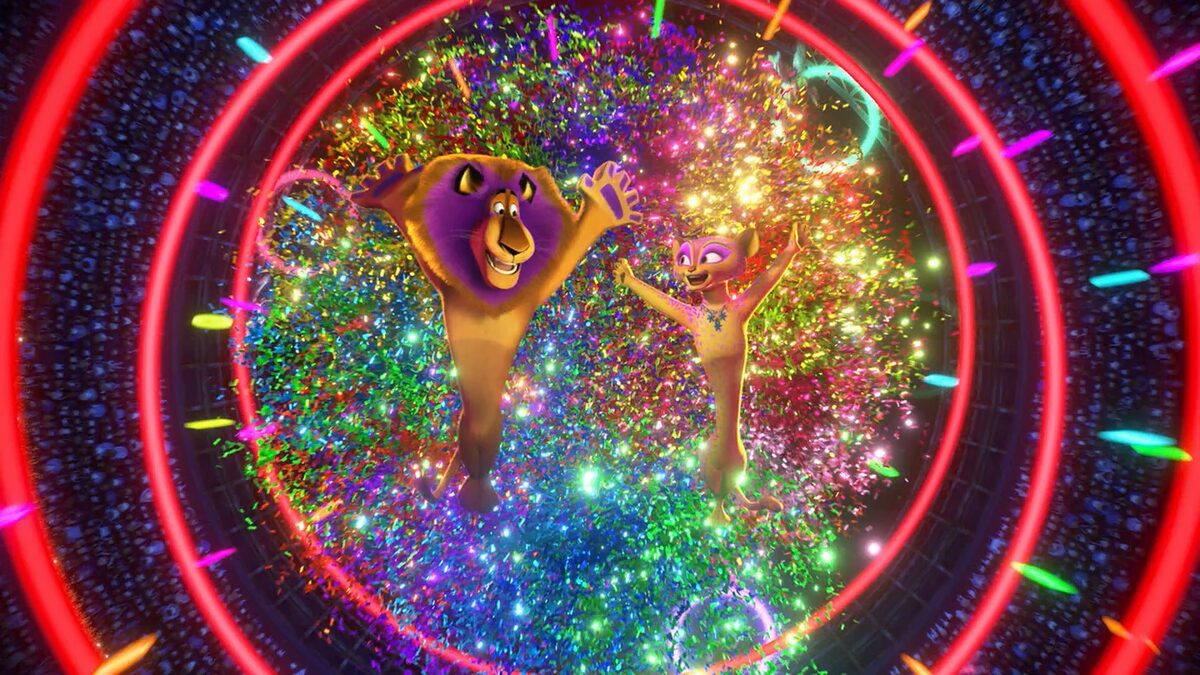 Hans Zimmer’s musical score is excellent in Madagascar 3. His main theme for this series is catchy and exciting, and overall, I’d say the music is better here than in Escape 2 Africa. This is also the best the animation has looked in a Madagascar movie. They really accomplish something extraordinary with color and light in the circus sequences later in the film. The chase scenes with DuBois are inventive, fast, and hilarious. Visually, comedically, and in terms of being just downright evil, this is the type of villain these movies always needed. The voice acting is spectacular in Europe’s Most Wanted, with newcomers McDormand, Cranston, Chastain, and Short stealing the show.

Overall, Madagascar 3: Europe’s Most Wanted is an embarrassment of riches. It’s too funny, has too many wacky characters, and a musical score that’s too good for it (though that pertains to all three movies). I’m not about to call Madagascar 3 the best movie in the series because the Madagascar movies just don’t contain the things I usually look for when evaluating a movie’s quality. They’re silly, loud, and always have something going on. They remind me of the old Looney Tunes cartoons or something like The Emperor’s New Groove, and I mean that as a huge compliment. It’s a close call with the first one, but Madagascar 3 is probably my favorite of the trilogy thanks to its new characters, striking visuals, and lightning-fast jokes.

Funny, bombastic, and visually arresting, Madagascar 3 is a fitting send-off to this madcap trilogy.