REVIEW: Masters of the Universe: Revelation (2021)

Someone owes someone an apology. 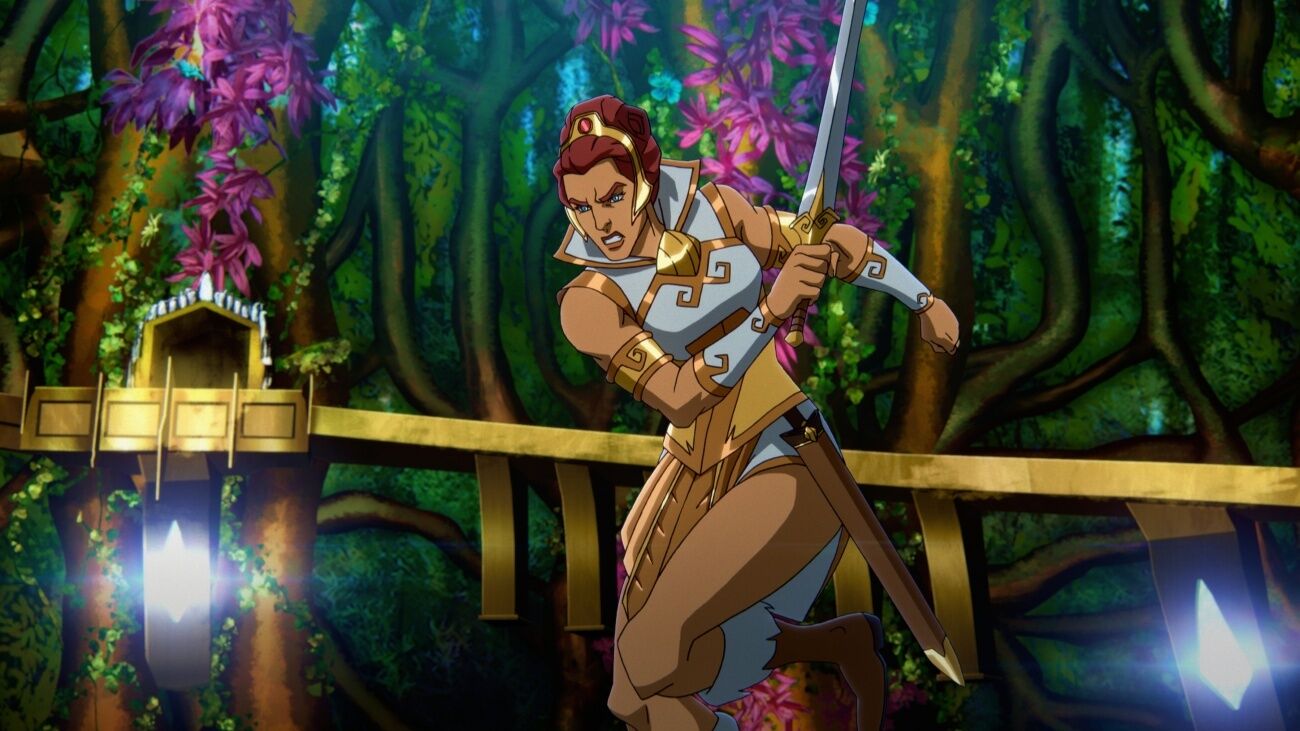 Mattel’s classic franchise has returned through the streaming giant Netflix and its animated series Masters of the Universe: Revelation, with Kevin Smith — Hollywood’s darling fanboy — taking the reins as the showrunner of the ambitious animation project. Sadly, the ambition was misplaced in what can only be categorized as a betrayal to the fans and the beloved characters we grew up with.

This review will remain unbiased, but Kevin Smith’s decisions can’t be ignored — if anything, his biases are on full display and directly influence what became this misguided cartoon. It seems the ambition was to cash in on the faux-nostalgia by pandering to people with a distaste for the original show while alienating the actual fans who have championed the franchise since the early ’80s. If you want to learn about the drama between the showrunner and Clownfish TV’s Kneon and Geeky Sparkles, you can follow this link. Here at Geeks + Gamers, we’ll only focus on an objective review of the first five episodes and the companion special.

Unlike the previous three cartoons, Masters of the Universe: Revelation is centered around Teela’s adventures starting in episode 1, with her becoming the new Man-at-Arms for the kingdom. Meanwhile, Skeletor and Evil-Lyn try to take over Castle Grayskull to reach the secrets lying within: the source of Eternia’s magic. The trailer pretty much covers the first 20 minutes of the show. He-Man/Prince Adam dies trying to stop a magic cataclysm by containing it within the Sword of  Power. Then, Man-at-Arms tells the king that his son died and that he was He-man all along; the Queen already knew, and Teela feels offended because she wasn’t told this secret. Man-at-Arms is exiled from the kingdom, and Teela leaves in a hissy fit to join Andra (Tiffany Smith) — a race-swapped ginger minor character from the comic books — who is an engineer, as they embark on mercenary jobs through Eternia that will take them through Snake Mountain, Subternia, and Preternia, joining unlikely allies to try and save the magic of the realm. 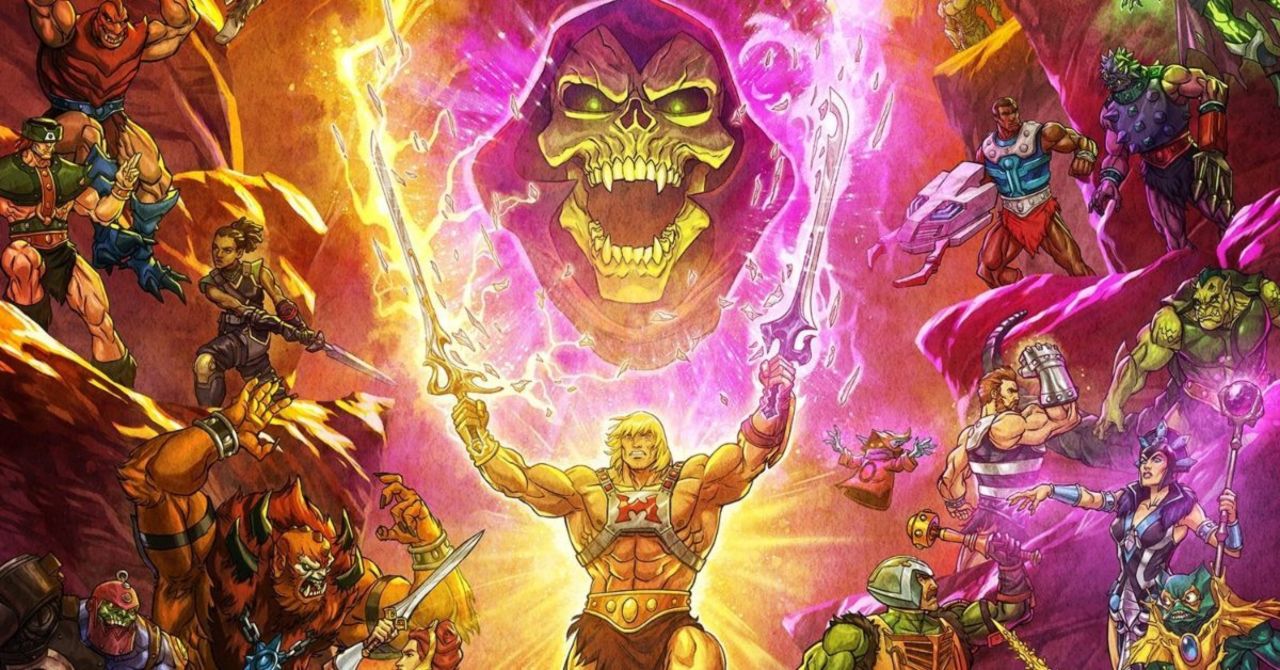 Masters of the Universe: Revelation has a lot of great voice-acting, with heavyweight performers like Mark Hamill (Skeletor) and Kevin Conroy (Merman), but without a doubt, the best one in the show so far — and the most interesting character — is Lena Heady’s portrayal of Evil-Lyn. In spite of her being a secondary character, she is the only one with an actually interesting story arc, and she even shares great moments with the other heroes, especially with fellow spellcaster Orko (Griffin Newman). A very honorable mention goes out to Man-at-Arms (Liam Cunningham), who manages to shine through as well while being relegated to a secondary character while being the heroic personality carrying the heart of the Masters of the Universe.

Powerhouse Animation Studios did superb work with this show, with fluid animation filled to the brim with references and gorgeous-looking fanservice that will easily distract the fans of the franchise. This is enhanced by intriguing world-building that takes from many different sources within the He-Man mythopoeia and tries to push it forward with the show’s premise. With only half of the story released, we have yet to see if it will pay off or become another franchise suicide. 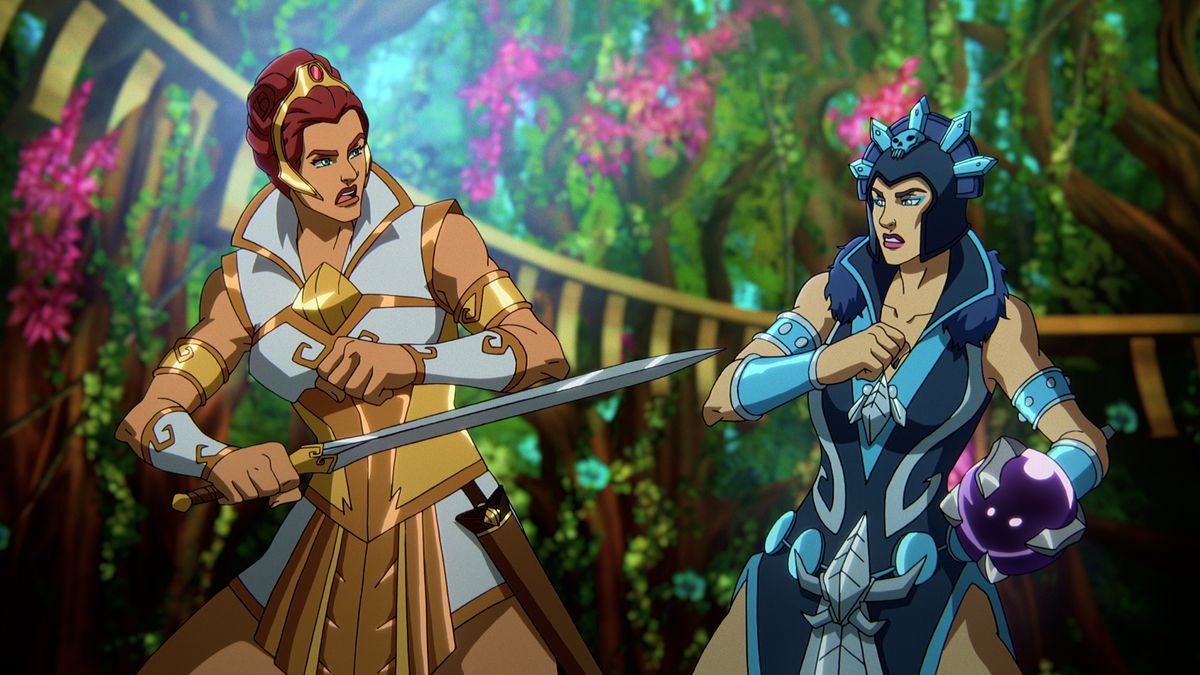 Teela destroys absolutely everything good that Masters of the Universe: Revelation has to offer. The character is a poorly-written whiny and bitchy Mary Sue with the poorest voice performance in the entire animation by Sarah Michelle Gellar. She breaks the suspension of disbelief every single time she opens her mouth with an entitled Millennial demeanor and awful lines to drive home that this isn’t the classic warrior demigoddess Teela. It’s mind-boggling how much their main character contrasts — to a ridiculous extent — with an otherwise cohesive and coherent world. The end result is an unsalvageable story that relies on this version of Teela being an emotionally incontinent butch woman to move along.

Andra is more uninteresting yet less annoying and could have easily been taken off the show. She’s just there so Teela can talk with a sidekick. Even though her tone contrasts with the world at hand as well, her presence is just a minor nuisance that didn’t need to be race-swapped at all (even while performed by the same dark-skinned actress) or actually be a character in the show, to begin with.

Regarding the queerbaiting accusations, I personally didn’t see it. It is written in the dialogue that Teela is interested in Prince Adam somehow (though it’s poorly executed). Teela and Andra seem to be BBFs just ’cause ‘gina, and this even happens to some extent with their frienemy Evil-Lyn. The ‘ship status, in my opinion, is mostly the constant regurgitation by the woke media and crowd in hopes of making it happen. If anything, I’d love them being gay if they actually made them great characters as well. It’s not like we’ve ever seen these characters being explicitly gay or straight, and even if they made them lesbians, they most definitely wouldn’t get physical on-screen in this kind of show produced by Mattel since they are trying to sell some toys. 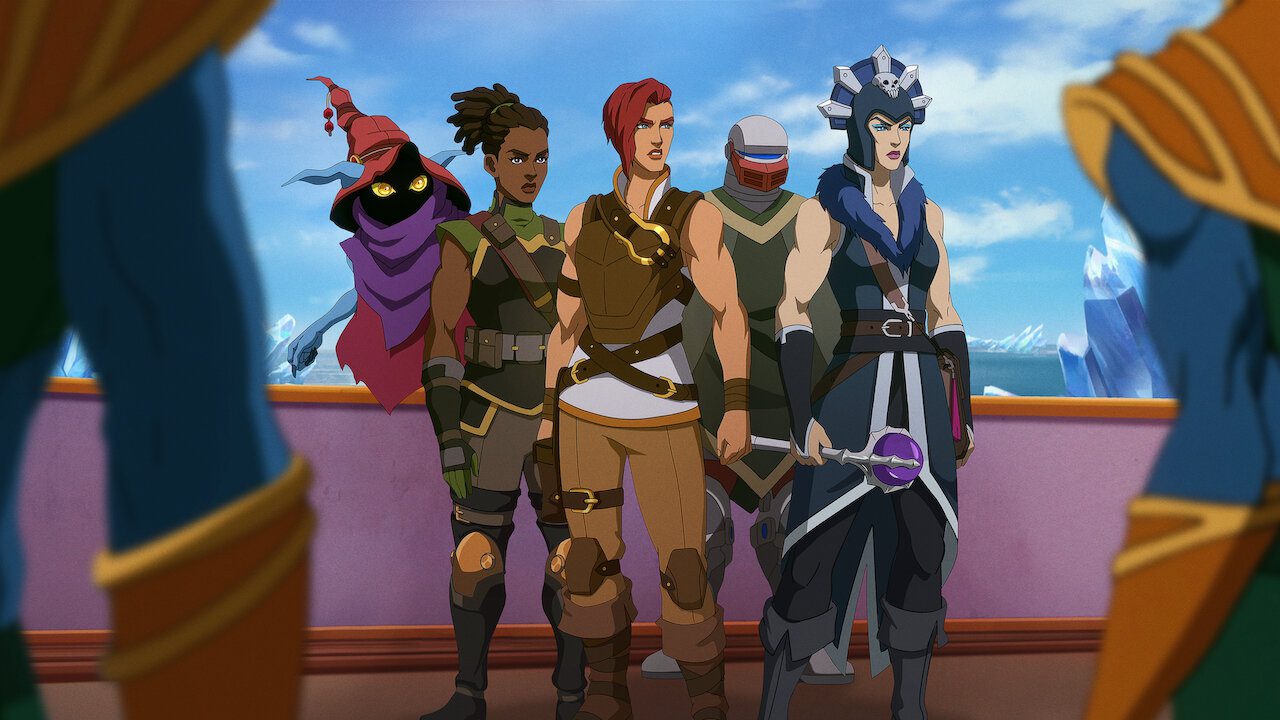 Kevin Smith’s year-long gas-lightning campaign culminates with a 45-minute special confirming every leak put out by Clownfish TV. It gets so bad and self-aggrandizing that he even verbally celebrates that he killed He-Man/Prince Adam twice in just 5 episodes. The special itself adds nothing to the show; most of the actors just pay lip-service love to the franchise and glance over their performance process. Also, for some reason, Sarah Michelle Gellar goes out of her way to make it clear that she didn’t actually know anything about He-Man. It ‘s like the woman loves to hear the sound of her own voice without any need for her to explain stuff that’s clearly beyond her.

The special was made just to have an excuse to insert a low-quality Mattel toy commercial directed by Smith trying to sell to us characters that barely appeared on the show, like He-Man. 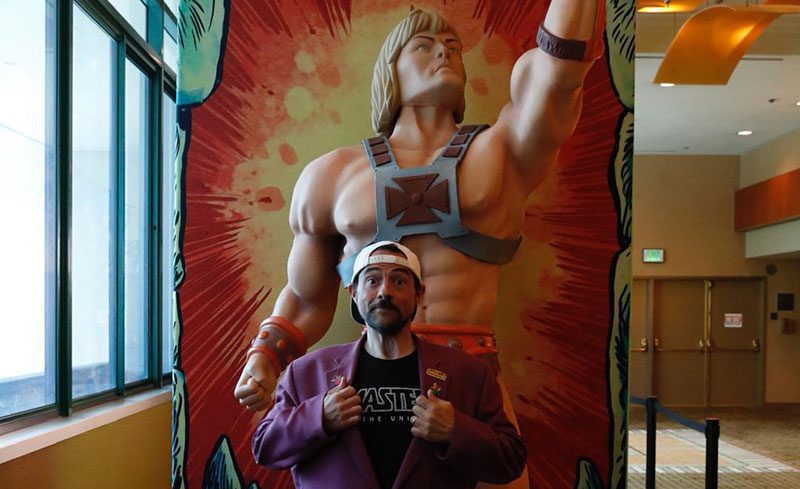 Masters of the Universe: Revelation

A lot of potential with great secondary characters and an interesting world built to ruin because of a disastrous focus on a franchise-killing performance by Sarah Michelle Gellar as poorly-written Teela.