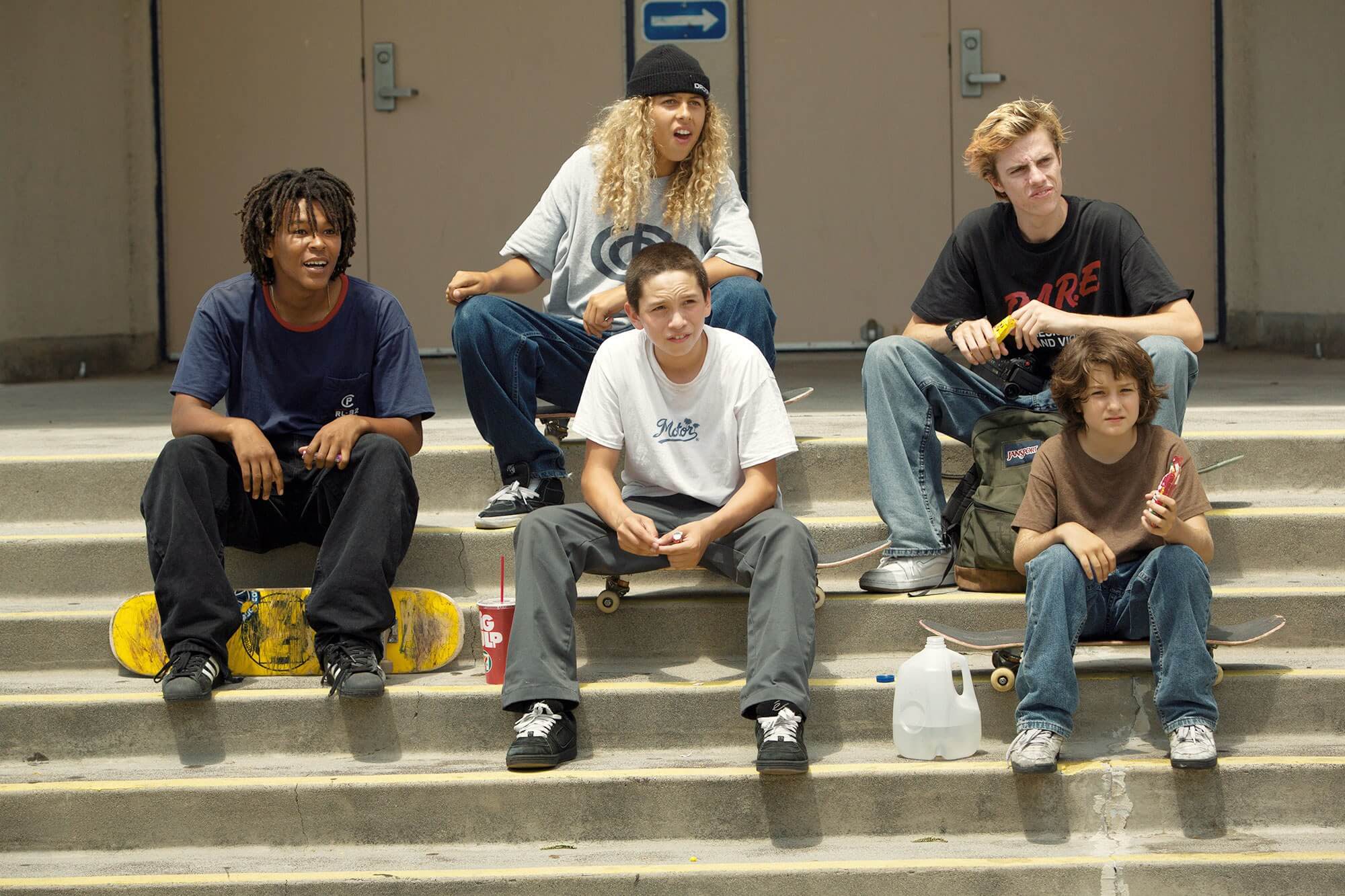 Growing up is hard. As a teenager, emotions can be difficult to deal with; you’re trying to find your place in the world, and that can seem impossible at times. Maybe that’s why I appreciated Mid90s so much. It’s a movie that doesn’t bother telling some grand story, but instead decides to give us a glimpse into what being a teenager can look like. I was born in 1991, which means the time period is a bit before I became a teenager. That didn’t stop Mid90s from resonating with me in a way not many movies have ever been able to.

Stevie is a 13-year-old boy growing up in California during the 1990s. He lives in a broken home where his older brother constantly abuses him. He has no friends and feels like a complete outsider, until one day he sees these other teenagers skateboarding. He tries to skate himself in an attempt to fit in with the group and eventually befriends them. From there, Stevie is taken on a journey in which he’s exposed to drugs, girls, and the complexities of friendship. 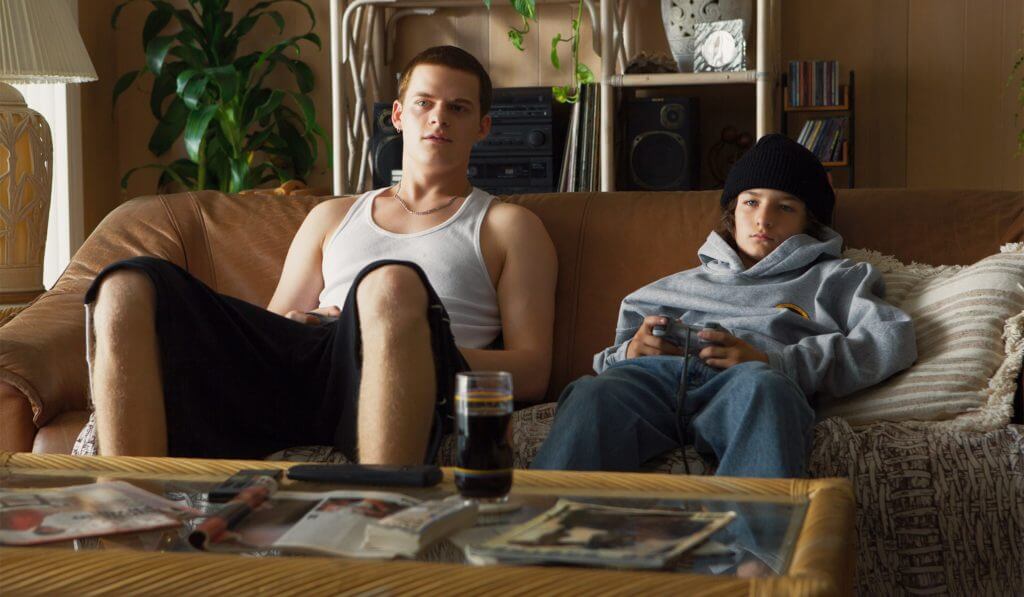 The one word that describes Mid90s is authentic. There is such attention to detail when portraying this era. This isn’t just accomplished by having the kids wear baggier clothes, play old gaming consoles, or listen to hip hop music from that time; it’s about the language that the kids use. There was no attempt to make what these kids say even remotely politically correct. It’s refreshing to see these teenagers use some of the language that I did when I was growing up. Much of it is sexist and homophobic, which is exactly how it is a lot of the time.

A lot of the story beats stay in line with that authenticity. The first act of Mid90s is Stevie trying to fit in with the skaters. Once he’s able to do that, he’s put into different scenarios with his new friends that should seem familiar for a lot of people. He’s in this new group, and he’s desperate for them to like him, so he does anything they want him to do. This means he gets exposed to different drugs and alcohol. There’s also a scene where he’s with a girl in her room. I know some people thought this scene was in bad taste because they’re both underage, but the point of the scene is to illustrate how having sex and hooking up with girls is seen as a way to raise your status among your friends. It’s, once again, not a politically correct message, but one that is absolutely true. As the movie progresses, these scenarios become more and more extreme until the gang does something really stupid. I appreciated the progression, as it shows the struggle of fitting in and the desire to be accepted by others. 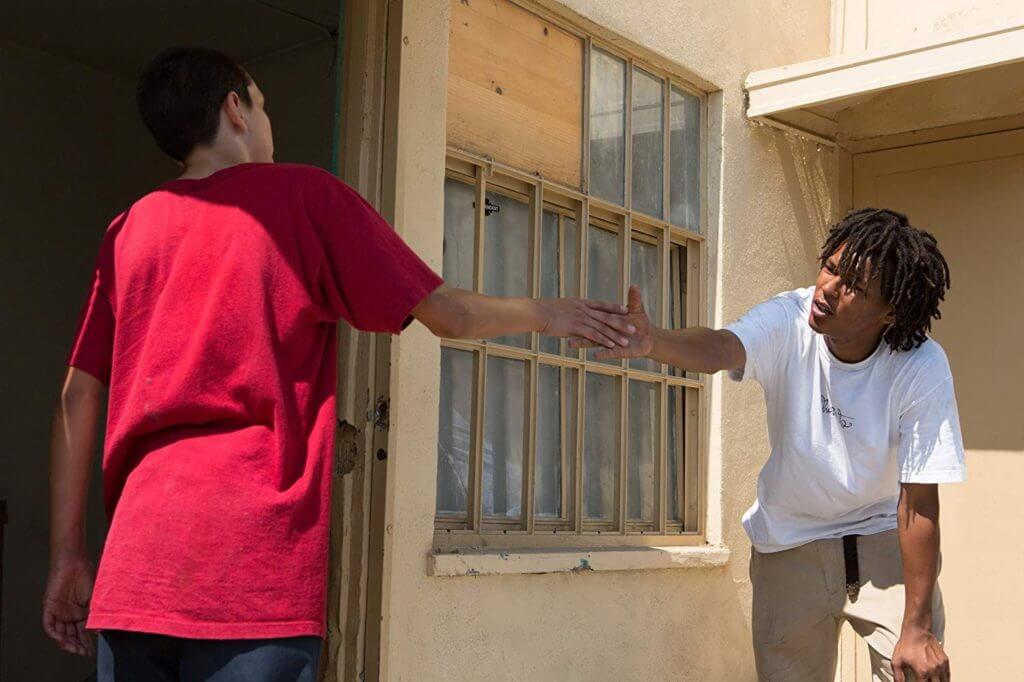 The characters themselves are smartly picked due to what they represent. On the surface, they’re all just a bunch of skaters that do nothing but skateboard every day. Digging deeper into their characters, however, shows that each of them represents a type of person that I’ve met growing up. Ray plays the big brother of the group. He’s usually down to clown around with everyone else, but he knows when it’s time to stop. He also has dreams of making it out of his neighborhood by becoming a pro skater, and he’s not willing to throw that opportunity away. Fuckshit is that guy in the neighborhood content with doing the same things over and over in his life. He has no future plans and insists that his friends – if they really are his friends – should stay and do that with him. He’s the friend that gets offended when he sees you trying to better yourself. Fourth Grade is the guy growing up that has dreams of doing something but is consistently told that he can’t do it. Ruben is the person that gets mad when his friends start to like you more than him. I’ve seen all of these types of people pop up in my life over the years and it’s scary how accurate they’re represented in this movie.

Jonah Hill directed and wrote this film, and he deserves a lot of credit for its success. The movie’s premise came from his actual upbringing, which explains how personal and real the characters and scenarios feel. The way the friendship dynamic is displayed has a lot of nuance. These kids do some bad things, but it doesn’t make their friendship any less meaningful. It goes to show that your worst influences can still be your best friends. The same friends that put Stevie in some compromising positions are there to pick him and make sure he’s okay. Jonah Hill’s ability to get grounded performances out of these unknown young actors really shows how clear his vision for this film was. This is especially true for Na-kel Smith, who plays Ray. He had the standout performance in the movie, and I think he has the potential to be a big star in the future. 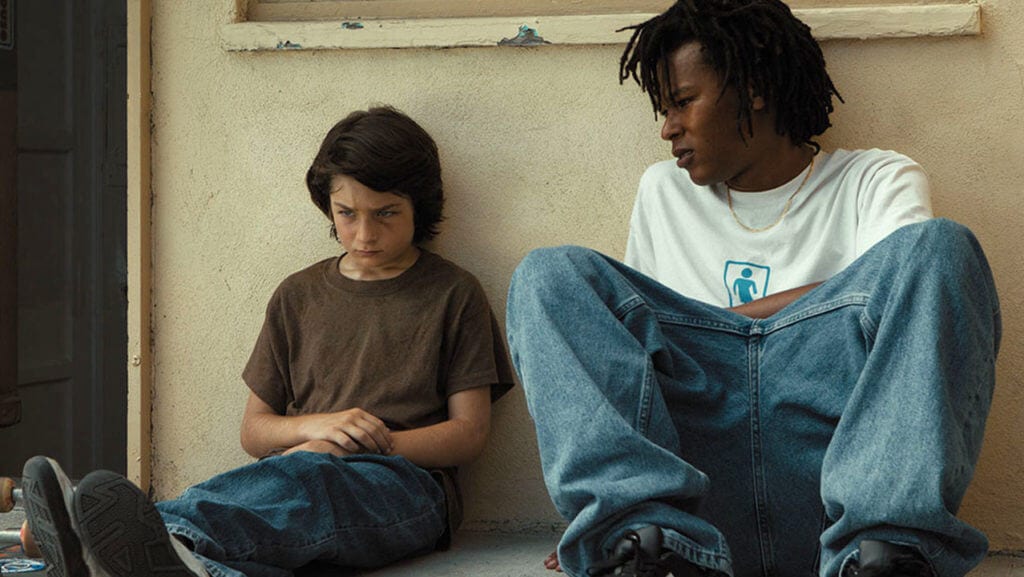 Mid90s was a wild ride for me. There’s definitely a nostalgic aspect to it, but it’s much more than a movie trying to capitalize on nostalgia.It communicated everything about this era to me in a way that not many films can do. The characters felt like real people who speak the same way I did when I was younger. This includes the jokes they tell, which are wildly inappropriate. The jokes even extend to the reasons some of the characters have silly nicknames. There’s a lot of information to unpack during its 85-minute run time, but they nailed it. One of my favorite moments is the revelation that Stevie’s mom makes during the film. She scolds him early in the movie for hanging out with that group of friends, even going as far as saying they look like gang members, but there’s a moment near the end where she realizes how strong that friendship really is, and she’s completely taken back by it. Parents are supposed to be skeptical of the people their children hang out with, but it’s impossible the understand what that friendship is actually like until they see it for themselves. I love the depiction of friendship and freedom of expression that Mid90s offers, and it’s absolutely worth your time.

Mid90s is an effective drama that brilliantly captures the era. The grounded performances by a young and talented cast help compliment Jonah Hill's inspired direction and screenplay.