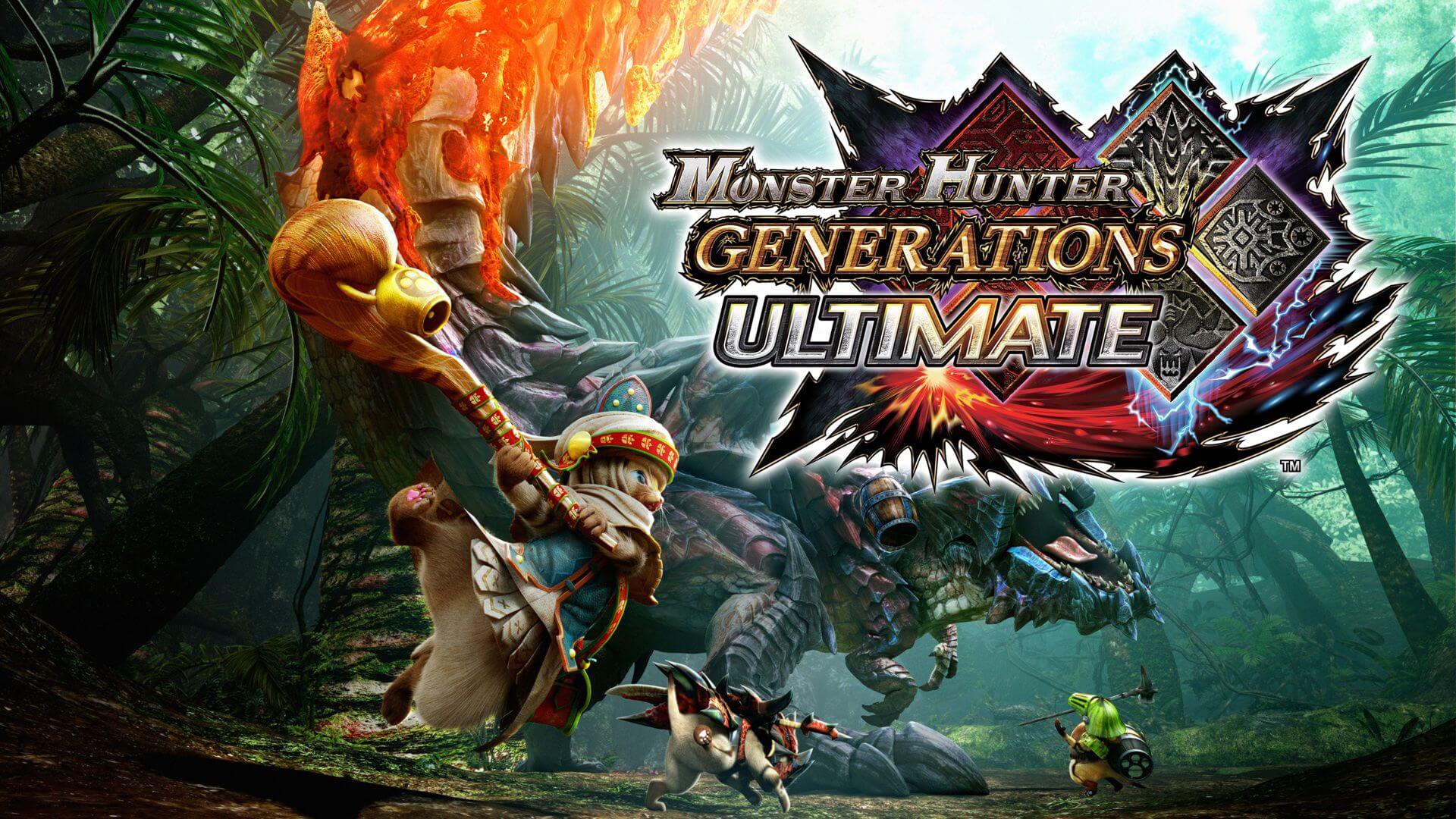 Hunters unite! After months of Monster Hunter fans hounding powerhouse video game publisher CAPCOM to localize Japan’s exclusive Monster Hunter Double Cross for the Nintendo Switch, the gaming company at last relented. With Monster Hunter World quickly rocketing to the status of their highest selling game of all time, CAPCOM no longer had the excuse of not knowing what kind of sales a console release in the West would garner. Monster Hunter World was a fantastic entry point for gamers who had never ventured into the realm of the Hunter before, featuring a host of quality of life improvements over previous entries in the franchise and combining those with what was, to be candid, a significantly easier game. Certainly, World possessed its own challenges; however, the game as a whole was nerfed in the spirit of making it more accessible to new players. The Monster Hunter franchise has always been a series that challenged players, kicked their rear for being ill-prepared, and rewarded those who treated it with respect. It was doing Dark Souls long before that game was a thing. Since its fledgling release in 2004 for the PlayStation 2, the game has held a grand following in Japan and a more niche one in North America, but with each subsequent release, its following grew a little more.

The last several entries have been on the Nintendo 3DS, whose controls made for an even bigger challenge when squaring off against many of the games’ more difficult beasties. And while those entries were enjoyable, long-time hunters longed for the series to return to the home console (they were not satisfied with the Nintendo Wii’s Monster HunterTri or the Wii U’s  Monster Hunter 3). World’s PlayStation 4 and Xbox One release satiated many players, and its gorgeous visuals and crisp gameplay were a credit to how much CAPCOM wished their franchise to succeed on a global scale. But veteran hunters were acutely aware that the game, despite its undeniable success and quality, was not the Monster Hunter they knew. While World gently eased newer players into the routine of hunting, series fans missed the days wherein Monster Hunter hit you like a truck full of bricks.

Monster Hunter Generations Ultimate (the localized title for Double Cross) is a return to form for the series, and it is everything that a Monster Hunter game should be: challenging, punishing, and rewarding. And any newer players whose outset in the series was Monster Hunter World should be conservative in their self-assessment of their hunting prowess. If you’re used to Slingers, Scout Flies, unlimited Whetstone sharpening, and using items while moving, then you’re in for a rough night of having your tail handed to you on a silver, gourmet platter. Mechanics are only the beginning of Generations Ultimate’s differentiating factors, as the game’s franchise record list of nearly 100 monsters consist of some of the deadliest in series history. You thought Nergigante was tough? Enjoy fighting Valstrax. Think you’re a hot-shot hunter because you’re adept at taking down Tempered and Arc Tempered beasts? Get your novice self up to G-Rank for the first time. That feeling of getting completely stomped on by a monster you thought you had covered? Welcome to Monster Hunter – tutorial mode is over.

While the Nintendo Switch is far and away the manufacturer’s most powerful console yet, don’t expect Monster Hunter Generations Ultimate to live up to the standards set by Monster Hunter World. But while this series has always focused on gameplay and the challenges they can present to players, the game could still stand to look a bit better. The vibrant colors of the more traditional entry pop on the Switch, whether you’re playing in the docked or handheld modes. With regards to the handheld mode, Monster Hunter experiences one of the lower drops in visual fidelity and framerate of any game that I’ve played on the system to date. And while it is most certainly a step up from the grainy, pixilated visuals of the underpowered Nintendo 3DS, CAPCOM could have done more to smooth out some of the edges and add more detailed texturing to the game on the whole. Monster Hunter games have always had catchy and upbeat tracks while hunting any of the game’s dozen’s of large monsters, and Generations Ultimate is no different. From the jungle rhythms of the hunt for the Great Maccao to the haunting track with the Gore Magala, the developers instinctively paired musical tracks with the appropriate beast.

One of Monster Hunter Generations Ultimate’s biggest stand-out features, when viewed against other entries, is the various Hunting Styles from which players may choose when creating their hunter. Each Hunting Style adds a different take on how the hunter interacts with the world and how their attacks function, as well as how many Hunter Arts they may equip for use during their quests. These mechanics (introduced in Monster Hunter Generations on the 3DS) allow for dozens of combinations and some of the most player-tailored gameplay in the franchise’s history, and each Hunting Style works with some Hunter Arts better than others. Take the Aerial Hunting Style, for instance, which bestows upon its users an aerial dodge with the opportunity to propel themselves into the air for a better chance at mounting their prey; when combined with the Absolute Evasion Hunter Art and the already acrobatic Insect Glaive weapon type, your hunter can be a veritable whirling dervish of monster mayhem and acrobatic evasion. Determining which combination of style, arts, and weapon type best suits you is paramount to being successful when attempting to hunt the game’s tougher monsters. With 6 Hunting Styles, 14 weapon classes, and dozens of Hunter Arts to choose from, the game’s cup runneth over with possibilities for customization and that only adds to the fun.

I’ve always described Monster Hunter to curious, potential fledgling hunters as follows: “Monster Hunter is a game in which you hunt down big scary things and turn them into sharp and shiny things.” This is a hunting game, not a story game, so don’t expect a mind-blowing narrative any time soon. There’s a reason that veteran MH players will call the endgame (really the mid-game if you’re playing smart) “Fashion Hunter”: the game’s pool of monsters are all carvable to craft into new armor and weapons as you obtain the requisite materials for doing so. Furthermore, once crafting the said new shiny stuff, you may further upgrade it to provide higher defensive capabilities for your armor, greater attack power for your weapon, and potentially more slots to socket-in one of the game’s many Decorations and gain more helpful skills while questing. Monster Hunter Generations Ultimate is not a game that lets you obtain overnight success; on the contrary, it is one of the more grindy games out there, but unlike many others, it is exceedingly rewarding. When the RNG gods have at last answered your fervent prayers and received your offerings of slaughtered carnivorous beasts, and you acquire that last Gem material for crafting or upgrading your favorite suit of armor or weapon, you’ll be doing the Prance in your living room, believe me.

Your hunter isn’t the only thing for which you can upgrade gear either. Monster Hunter’s famed Palicos return for more adorable kitty action. Monster Hunter Generations Ultimate has a system wherein you can scout a number of Palicos with various skill sets that you can swap in and out whenever in a village or the Hunter’s Hub. Additionally, these cool kitties have their own sets of armor and weapons that you can craft to make them more helpful during quests. One defining feature in Monster Hunter Generations Ultimate is the ability to switch to one of your Palicos and play in Prowler Mode. This offers a host of benefits that make the game somewhat easier; however, I wouldn’t encourage sticking strictly to this mode as it also is very limiting. But it can be an adorable option for newer players to get their paws wet. Monster Hunter loves collaboration DLC in their games, and this one is no different. Players can download special event quests and obtain items that allow them to craft gear themed after a wealth of popular Nintendo and CAPCOM titles from across the years, including The Legend of Zelda, Star Fox, Fire Emblem, Metroid, Devil May Cry, and more. Running around the game’s many locales wearing Samus Aran’s power suit and wielding Link’s Master Sword is a sight to behold, let me tell you!

It’s always better to play games together, and Monster Hunter is no exception. Monster Hunter Generations Ultimate brings with it both local wireless and online co-operative options for fellow hunters to attempt their shots at glory together in groups of up to 4. Bear in mind, however, that having multiple players also scales the relative difficulty of the monster being hunted (we all want a fair fight here), so choose caution when inviting friends or allowing random players to join in. Hunting parties that are adept at working together to take down large monsters will know what combinations of weapon classes and Hunting Styles work best in tandem for their team, and each member of the party playing their role properly will result in hunters receiving status boosts, health regens, and well-timed aided launches up onto their prey to beat down the given quest’s main monster. When parties feel proficient enough with the harder beasts, it will be time to take on some of the toughest monsters the franchise has to offer. Remember the elder dragons in Monster Hunter World? Teostra, Kushala Dora, and the others were infants compared to the grandaddy elder dragons that only dedicated players will earn the privilege of facing, and only the most skilled of those will emerge victoriously.

A proper console Monster Hunter for a Nintendo console has been a long time in the making. The 3DS entries brought the franchise to a host of new players, and they will feel right at home in Monster Hunter Generations Ultimate. With any luck, CAPCOM will support this game with free downloadable content, as they have with the last several entries, and we may yet see even more collaboration gear sets to delight fans of other franchises. If you enjoyed Monster Hunter World, own a Nintendo Switch, and are looking for a true challenge, then Monster Hunter Generations Ultimate is the perfect choice. So gear up, grab your favorite Palicos, don’t forget to use that Gourmet Voucher, and happy hunting!

Monster Hunter's freshman entry for the Nintendo Switch brings with it everything that veteran hunters love about the franchise: challenging yet rewarding gameplay, and a metric ton of fearsome beasts to hunt and craft gear from. And while the story (or lack thereof) won't win any awards, that's never been what Monster Hunter is about. Generations Ultimate is a fine entry to the franchise's longrunning history and bodes well for its future.