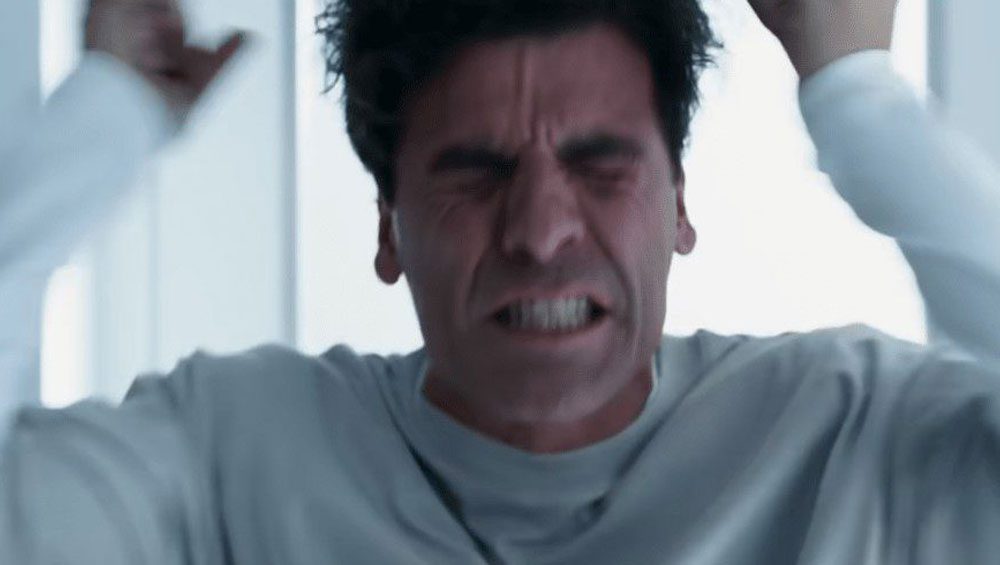 Moon Knight “The Tomb” was released today onto Disney+ and, as the beginning of the second half of the series, “The Tomb” should be revealing much that has remained hidden from the audience throughout the series, setting up the final conflict. That is not the case with this episode; no questions are answered, and so little of note occurs that no new questions regarding the broader plot are posed. However, this episode marks a slight improvement from its predecessor, discarding the ill-defined gods and their powers for a more traditional story reminiscent of Indiana Jones.

“The Tomb” picks up where the last episode left off, with Steven unconscious in the desert and Layla watching over him. After a short and underwhelming action sequence, Steven awakes before he and Layla set out for the tomb of Ammit. The two descend into the ancient burial site and uncover ancient relics, awakening the archaeological spirit within Steven. After solving a few puzzles, Steven and Layla are waylaid by a monster – an ancient priest resurrected to defend Ammit’s tomb.

Layla defeats the beast with little to no effort, only to be held at a stalemate with Harrow, who reveals that Marc may have been involved in her father’s death. Throwing caution to the wind, Layla confronts Marc, who had just recovered the imprisoned Ammit, putting them both in danger. It turns out that Marc was there when her father was killed, but he did not deliver the killing blow. Layla is so enraged by this that she delays their escape long enough for Harrow and his men to find them.

In the ensuing conflict, Marc is shot, sending him into a spiral within his own mind. He awakens in an insane asylum, a patient under the watchful gaze of now Doctor Harrow. Marc almost immediately awakes from this confusion and rescues Steven from a padded cell, only to be confronted by a hippopotamus-headed woman, closing out the episode. 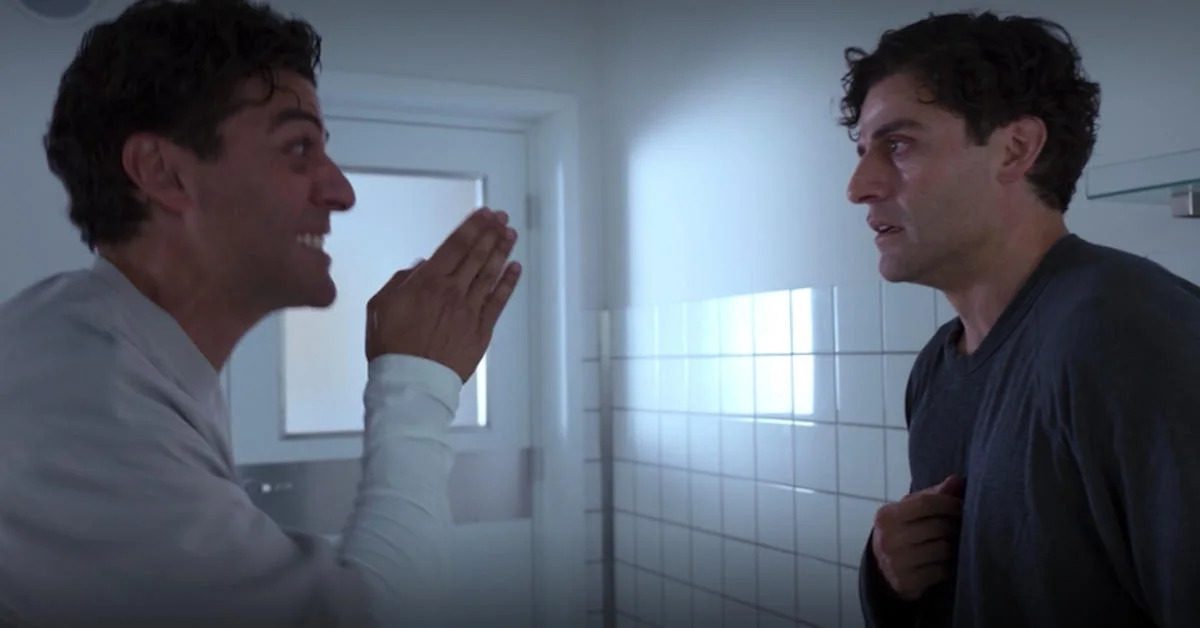 The best moments of the episode are those final ones in the insane asylum. Taking a note from Joker, this episode tries to make the audience question whether or not the events of the series so far were real or they merely occurred within Marc’s delusion. This interesting yet easy concept to get right is immediately thrown out the window as Marc escapes and frees Steven. These moments are a short-lived relief from the mediocrity of the rest of “The Tomb,” but a welcome relief all the same. Beyond those last few moments, Oscar Isaac and Ethan Hawke are still highlights. Both actors bring their A-game and show their enjoyment in their roles. Yet these two actors could still not redeem such a poorly written episode.

There are a few decent moments when the ancient priest is stalking Layla and Steven with some PG-13 style horror that is OK. Additionally, the zombie priest provides a few bait and switches to make the audience believe that Layla has been killed, producing cheers of elation from the audience that is sick to death of her annoying and selfish character. 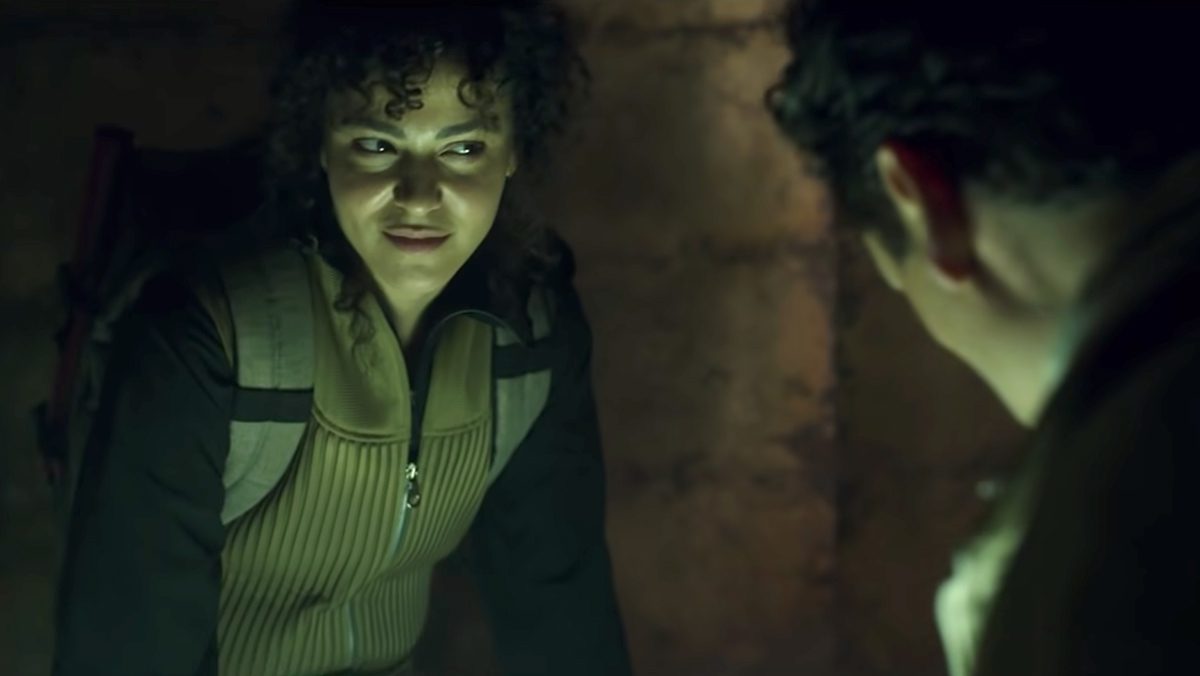 Layla is even more insufferable in this episode than in the ones prior. First, she abandons unconscious Steven in the desert to be potentially shot by some unknown assailants. Then she cries incessantly when Steven says that he and Marc decided that Steven would stay in control of the body once Khonshu was gone. Her husband is a broken man doing the best he can to keep himself together. This is not the time to whine about Steven and Marc not caring what she thinks about their decision. She makes Marc’s entire disorder about herself, becoming even more unlikable than in prior episodes. Additionally, when she finally accepts Steven and Marc’s decision, she spends the next few minutes whining about how toxic Marc is, degrading her husband while he can hear her.

Finally, she puts herself and Marc in danger – resulting in Marc getting shot – just to whine about something a manipulative villain had told her. Harrow has been established as a manipulative mastermind, brainwashing dozens and dozens of people to join his cult. He should not be believed. Even if Layla believed Harrow when he told her that Marc got her father killed, she should have gotten them both to safety before confronting Marc. Instead, she gets him killed.

The writers have gone to great effort to tell the audience that Layla is a competent and experienced fighter who has been in many dangerous situations in the past and has always kept a clear head when in trouble. However, this directly contradicts what they have shown Layla to be – a whiny and self-centered hag that does not care about anyone besides herself. Her death would be welcome at this point. 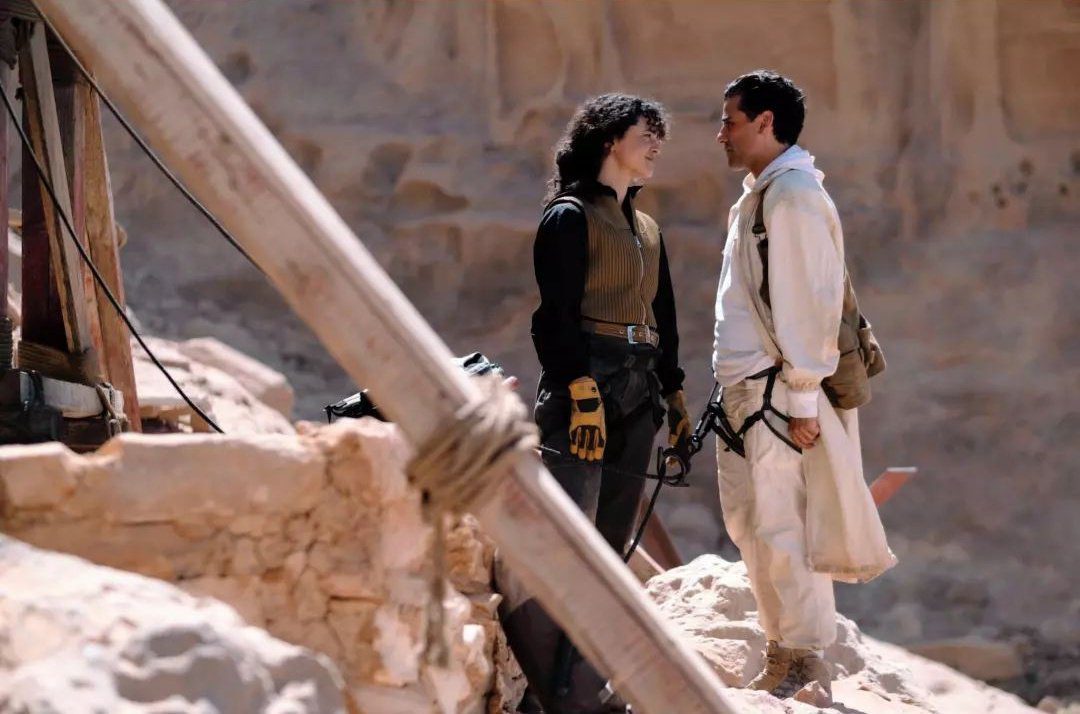 It appears that logic is not a priority for these writers because “The Tomb” opens with some random henchman finding Layla and Steven in the middle of the desert despite having no possible way of knowing their location. It is unclear who these henchmen are or how they found them. They might be working for Harrow, but that is never mentioned. The henchmen see Layla running from a sand dune toward her Jeep, even going so far as to yell, “I saw someone running towards the truck.” These unmitigated geniuses drive up to the Jeep, circle around it, and go, “I don’t see anyone standing outside this Jeep, so we must have imagined seeing a woman running towards it.” They seem to forget that Jeeps have an inside where people can go. These henchmen are so stupid that they think a Jeep is a rock and solid all the way through, forgetting that people can go inside them, which is where Layla is hiding from them. Henchmen do not need to be rocket scientists, but they should have some basic common sense.

There are some other pieces of inconsistent logic in the episode. Why does only one of the many ancient priests shown buried within the tomb awaken? How does only one medjay, as said in the last episode, know the location of Ammit’s tomb, which clearly took hundreds of workers to excavate and sculpt? Did the medjay just kill everyone behind the tomb’s construction? Why did the tombs builders go to the effort of making a maze in the shape of the eye of Horus when the symbol contains a curved eyebrow at the top completely separate from the rest of the symbol, making a section of the maze inaccessible from the main part? Why was Alexander the Great the avatar for Ammit? He had no goals, principles, or history that were in any way similar to Ammit’s mission. Did the writers just want a famous person to be Ammit’s last avatar? How did Harrow, with his limp, bypass all the obstacles and rough terrain required to reach Alexander the Great’s final resting place?

None of these logical questions are answered and were likely not even asked by the writers because internal consistency seems a foreign concept to them. Beyond the aggravating inconsistencies, the insane asylum portion, and Layla’s annoying character, there is not much to speak of in regards to this episode. 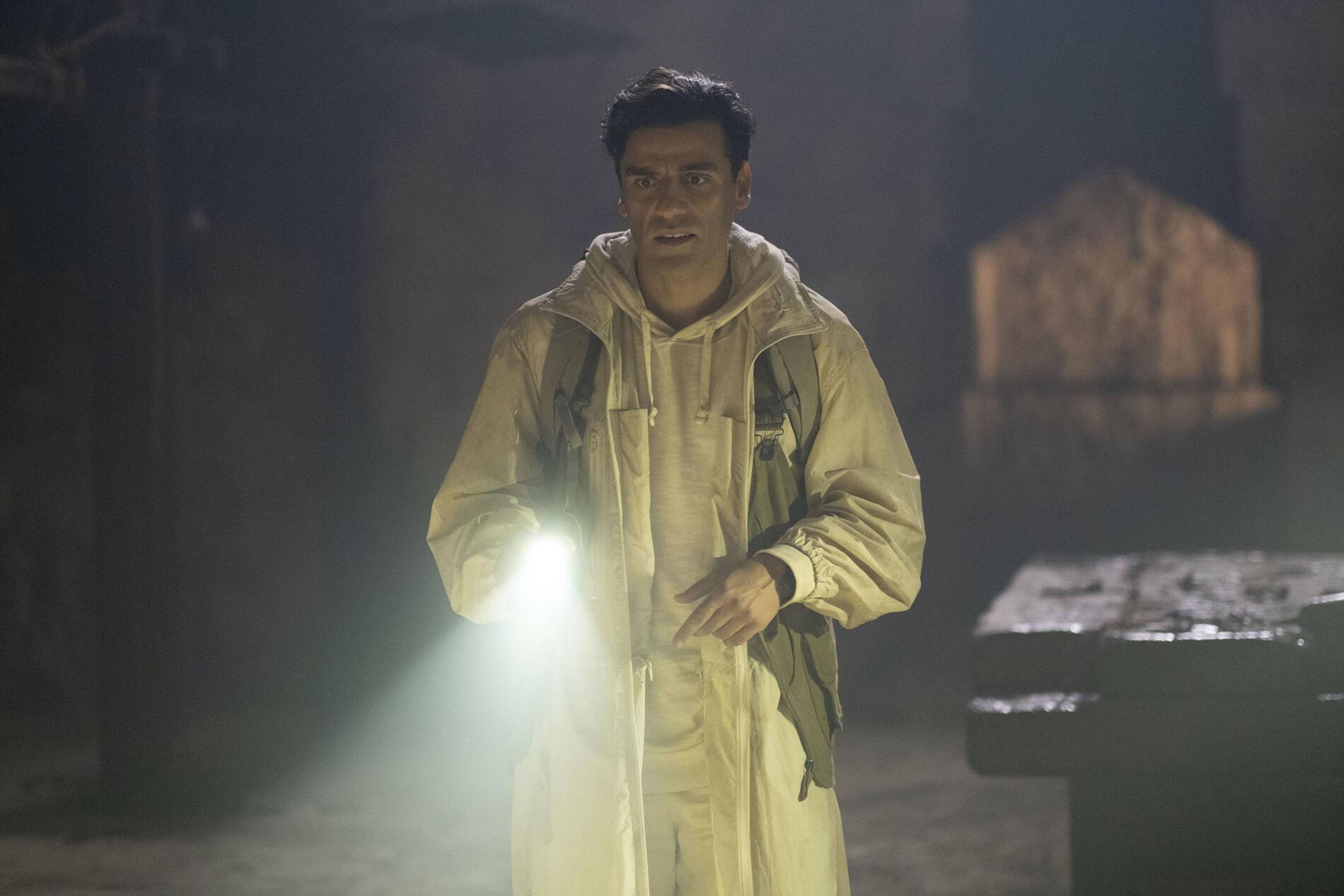 Despite being a slight improvement from the previous episode, “The Tomb” offers nothing to the audience to entice them into watching the series further. The myriad questions from earlier in the season are unlikely to be answered, as this episode sets the series on a path to ask all new ones that will also never be answered. So far, Moon Knight has turned out to be a half-baked idea with no content behind the mystery it offers the audience, becoming the epitome of a JJ Abrams mystery box: a question without an answer.

Despite being a slight improvement from the previous episode, ‘The Tomb’ offers nothing to the audience to entice them into watching the series further.