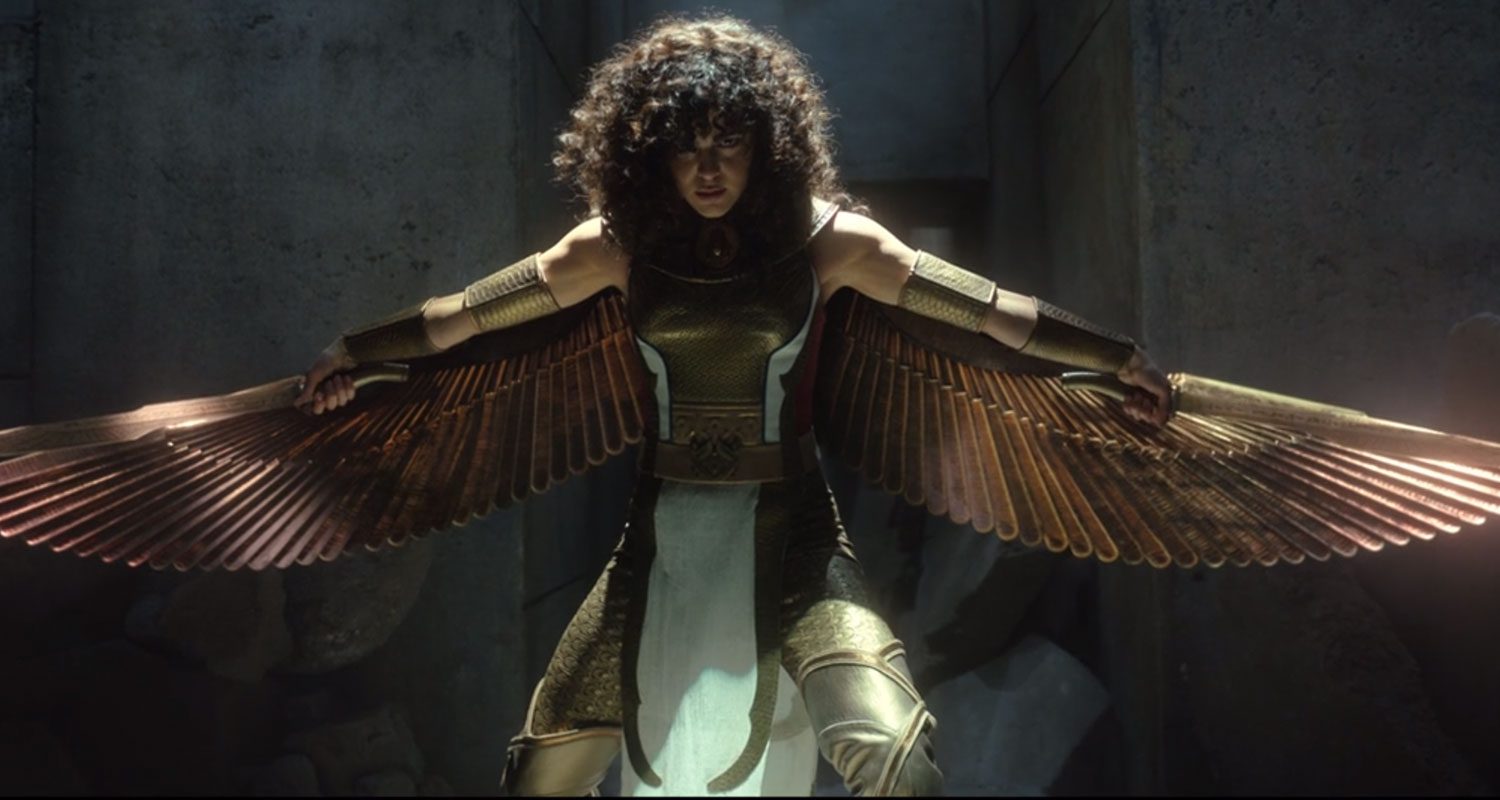 The finale of Moon Knight, “Gods and Monsters,” released its final whimper, sloughing onto Disney+ and wrapping up this miniseries in the most underwhelming manner imaginable. This sporadic and inconsistent show limped across the finish line while forgetting to wrap up half of the story threads that had previously held this series together. This, plus the benefit of hindsight, retroactively devalues Moon Knight as a whole, resulting in a complete waste of time. Those in the audience who have held off watching this show made the correct decision in the end and should continue their stalwart rejection of this abomination.

With more left unresolved than resolved in this series, the prevailing query within the minds of the audience is: where will this story and character continue? Moon Knight has been identified as a limited or miniseries for the Emmy Awards, meaning that it must only contain one season or risk losing the awards that Marvel is peddling for at the Emmys. This, plus Oscar Isaac’s disinterest in continuing the role, suggests that the story will not continue and that these numerous unanswered questions will remain so. As such, Moon Knight is even more of a waste of time for hesitant viewers.

“Gods and Monsters” sees Marc and Steven miraculously escape the Egyptian afterlife – with no clear explanation or struggle – to be reunited with Khonshu. Once together again, they confront the freed Ammit and Harrow to prevent them from judging the world and murdering millions. Moon Knight soon realizes that he is not enough, turning over the hero role to Layla, now the avatar of the goddess Taweret. The final fight skips, flashing from Moon Knight’s defeat to Harrow unconscious and all the henchmen dead. The climax and resolution to both this episode and the series are resolved off-screen, skipped over by Marc’s dissociative identity disorder switching to an identity that has not yet been introduced to the audience, robbing the audience of the needed resolution of seeing the villain beaten.

Following Harrow’s defeat, Marc has a chance to kill him and Ammit, ensuring the safety of the world from them forever. Suddenly changing on a dime, Layla orders Marc to spare Harrow and reject Khonshu. In the ensuing argument with Khonshu regarding the morality of the killing Harrow, the already limited intelligence of Marc and Layla is decreased as they accuse Khonshu of having the same moral code as Ammit.

Khonshu believes that only those who have committed crimes should be punished, while Ammit believes that anyone who might commit a crime should be punished. Ammit and Harrow have already killed people and will kill more if spared: this meets Khonshu’s criteria, not Ammit’s. However, Marc says that the decision matches Ammit’s code, showing his complete incompetence in basic decision-making or common sense. Later, in the post-credit scene, the now insane Harrow is taken from his hospital and killed by Marc’s third personality, Jake, who has no qualms about killing a dangerous villain.

This lackluster and altogether disastrous finale focuses far more on Layla than Moon Knight or his derivatives. The title characters and supposedly leading men are thrust aside at the earliest convivence to make way for the all-powerful Layla. “Gods and Monsters” spent the majority of its runtime setting up Layla as a new hero, giving her all the hero shots and heroic moments, including saving Moon Knight on several occasions, and giving her the classic scene of a fear-stricken child looking up to her for inspiration.

This focus is soured by even the most cursory thought given to her role in the show before this. The last time we saw her, she was getting Marc and Steven murdered, allowing Harrow to recover Ammit because she could not wait five minutes to ask if the villain had been lying to her or not. Every death that occurs in Cairo in the finale is Layla’s fault, yet she feels no guilt or remorse for all the devastation she called for, being an immoral person. Instead, she basks in the glory of being a new superhero far superior to Moon Knight.

Not only do the writers and the characters in Moon Knight constantly praise Layla as the superior version, but they also show her being superior. Episode 2, “Summon the Suit,” established that it was difficult to acclimate oneself to being the avatar of a god. It took Steven a while to get used to his abilities; he is still not the master of them by this very finale. However, this is not the case for Layla. She is immediately a skilled master of her new powers the moment she receives them, outperforming the experienced Marc, becoming the bestest ever.

With good writing and a likable character, this could have worked despite its inconsistency, but Layla is nowhere near a likable nor even good character. Despite causing so much pain, death, and destruction due to her mistakes, Layla goes through this final episode angry, scowling, and berating everyone she comes across, blaming them for what has transpired. She even cows the god of the moon, Khonshu, and refuses to become his avatar despite knowing that may be the only way to save the world.

So, initially, she nearly causes the end of the world and countless deaths, but she also refuses to take the only opportunity she has to stop it because of her pride. Luckily, the script makes her decision the correct one with the resulting resurrection of Marc. However, at the time, she had no way of knowing that would even be possible. From her perspective, she intentionally and knowingly sacrifices the world for her own feelings twice within this show. Yet the writers and Moon Knight believe that she is not only a good and moral person but better than everyone else. 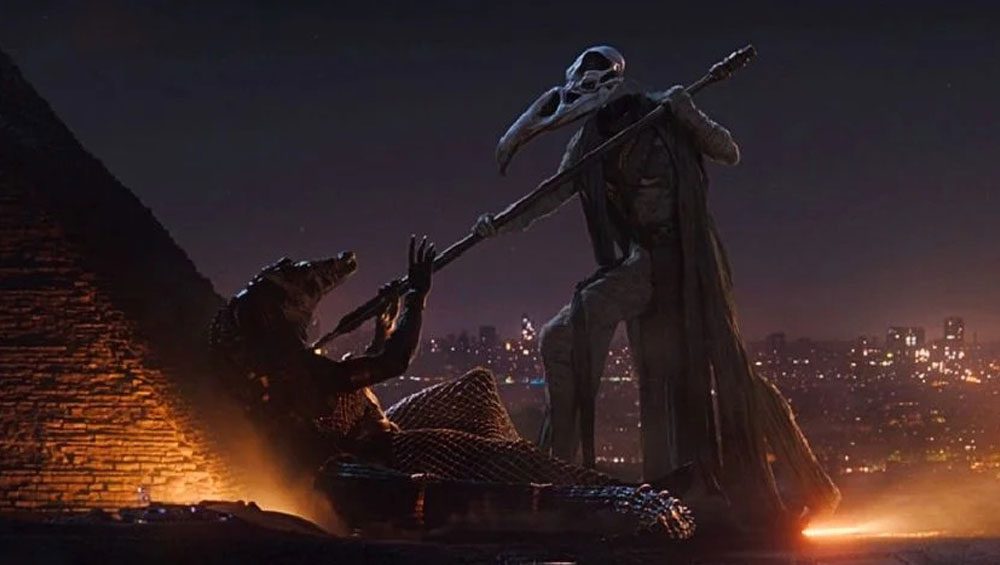 Beyond Layla’s abysmal contributions to the story, there are many additional issues with the episode. The CGI is, once again, horrific, not representing the massive budget that these Disney+ shows carry nor the industry standard set for such shows. In addition, the script continually forgets things that it sets up. The beginning of “Gods and Monsters” goes out of its way to show Layla recovering the scarab that can track Ammit’s location as if it will be instrumental in finding Harrow again. However, the very next scene shows Layla riding with Harrow and his acolytes towards Cairo. She either used the compass just to walk outside and see everyone getting in their trucks, or she did not need the compass at all.

The timeline between this episode and the last is inconsistent as well. At no point does Taweret have a chance to inhabit the dead bodies to warn Layla of what’s coming before the dead come raining from the Duat’s sky in Ammit’s initial purge. Either the writers forgot which order the events took place, or they did not care. No matter the explanation, the result is an erratic and disjointed narrative.

Moon Knight contradicts itself a second time with Taweret. In the previous episode, Taweret made it clear that it had been a long time since a soul had passed into the Egyptian afterlife — so long that she even forgot how to prepare the souls for their journey. However, in this episode, Taweret mentions to Layla that she guided Layla’s father into the Field of Reeds. Which is it; has it been a long time in the life of a god since the last soul came to the Egyptian underworld, or has it been merely a year or so? It cannot be both. 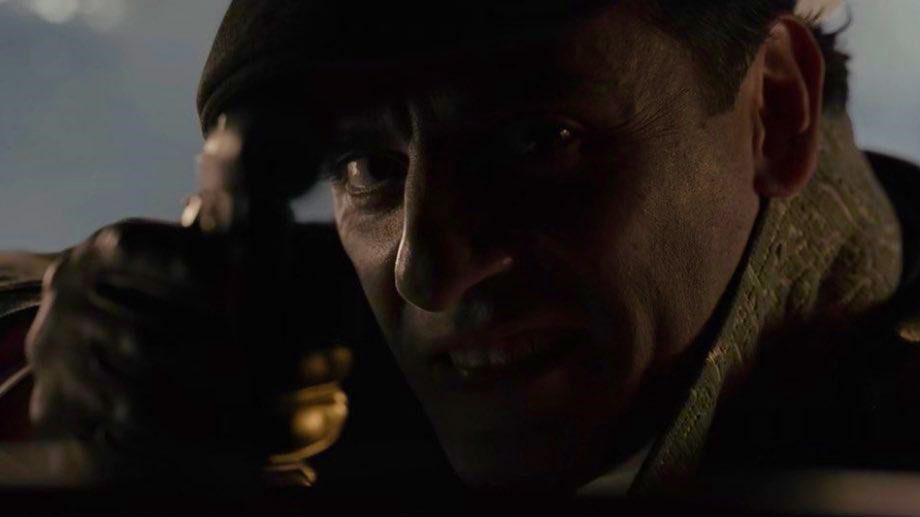 The post-credit scene finally introduces the character of Jake Lockley, the third personality within Marc. Nevertheless, Jake should no longer be present in Marc. By the show’s rules, Marc’s personalities manifest as separate souls or spirits in the afterlife, receiving their own judgment. In “The Tomb,” Jake was seen imprisoned within his sarcophagus aboard the ship sailing the Duat. When Steven and Marc escape the Duat at the beginning of the finale, they’re alone without Jake – meaning, by the rules presented to the audience in Moon Knight, that Jake is still imprisoned in the Duat and should not be present within Marc in the post-credit scene nor be available to kill Harrow. This realization sours the revelation of Jake’s character, which the entire season had been setting up since the beginning.

These myriad issues culminate in a schizophrenic and poorly written finale that neither satisfies the audiences’ sense of finality in resolving its own story nor simply entertains them. “Gods and Monsters” makes the entirety of Moon Knight worthless, devoid of the very basics necessary to be called a cohesive and coherent story. Those who have held off watching this series as a result of being burned by all the prior Disney+ Marvel shows must be praised for their wisdom, as both “Gods and Monsters” and Moon Knight offer nothing to assuage their preconceptions of the current Disney+ Marvel garage.

“Gods and Monsters” makes the entirety of Moon Knight worthless, devoid of the very basics necessary to be called a cohesive and coherent story.