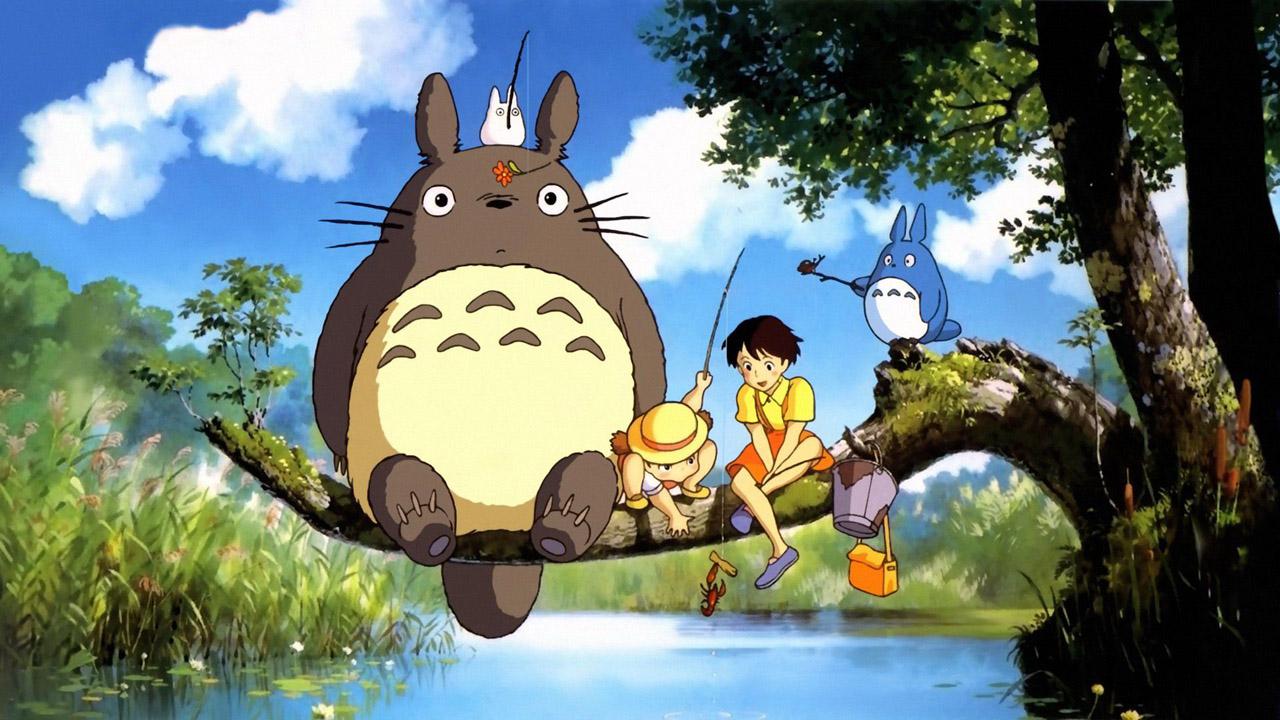 Studio Ghibli released two movies in 1988. After Isao Takahata’s first film with the studio, Grave of the Fireflies, explored the aftermath of WWII in Japan, Hayao Miyazaki’s next was a decidedly more light-hearted venture. Nausicaa and Castle in the Sky were a mixture of fantasy and steampunk, but My Neighbor Totoro would be smaller in scale and more grounded. Aside from the appearance of fantastical creatures like Totoro and the Catbus, the story is quite simple and not unlike the day-to-day lives of many real people. I think that, as one of the studio’s lighter, less philosophical efforts, My Neighbor Totoro is a movie people tend to enjoy passively. It has a childlike quality in its characters and tone, and the plot is about as basic as it gets. I couldn’t leave it out of the series, of course, and I think it can be interesting to dig into films that rely on atmosphere and mood sometimes. Let’s have a look.

My Neighbor Totoro follows a family that moves out to the country. Sisters Satsuki and Mei make friends and enjoy playing in their new house, but they struggle to cope with being separated from their hospitalized mother. Young Mei befriends a forest spirit named Totoro, and he becomes a source of comfort for both girls. When the family is told their mom is too sick to come home for the weekend together they’d planned, Mei disappears. Totoro and his friend the Catbus help Satsuki search for Mei, who was heading for the hospital to bring her mom fresh corn. Catbus carries the girls the rest of the way to the hospital, where they see their parents laughing together. Satisfied at the sight of their smiling mom, they leave the corn there for her.

My Neighbor Totoro is one of the more simplistic Studio Ghibli films in terms of story. I get the feeling that this is what Earwig and the Witch was probably going for. My Neighbor Totoro has a warmth and a sense of childlike wonder to its world and, especially, the characters. Although the story is pretty standard and most of the characters are self-explanatory, the film is never boring and always tuned in to the appropriate emotions. I usually don’t care for kid characters, especially such young ones. But every time I see this film, I get so wound up in the sisters and their adventures that I can’t help but get emotional when we see their mom at the end. The film doesn’t even state outright that she’s going to recover; it’s more of a feeling the end gives you. I like that about the film, that even with a positive ending, everything isn’t immediately resolved.

I also like the characters in My Neighbor Totoro. Satsuki is the older sister, trying to set an example and maybe growing up a little too fast without her mom around. She tries to help take care of Mei, but she loses patience when Mei throws a fit over mom not coming home. After all, Satsuki is just a kid too. And, in general, she’s understanding towards Mei, letting her stay with her at the school. Mei is quite funny, and her bombastic emotions are understandable given her age and the circumstances. She reminds me of Setsuko from Grave of the Fireflies, being about the same age and desperately missing her mother. Luckily, this story isn’t as bleak as Grave of the Fireflies. The sisters are voiced by Dakota and Elle Fanning in the English dub, and they do very well, especially for child actors. I think it was smart to get real sisters to voice Satsuki and Mei, as their interactions feel organic and believable. Dad is voiced by Tim Daly, who voiced Superman in the DC Animated Universe shows. He’s quite charming, and the way he plays with his kids is so sweet. This feels like a real family, and I think that works to the story’s advantage when so much of it hinges on their emotions. Granny is voiced by Pat Carroll, Ursula from The Little Mermaid. There are times when it’s clear it’s the same actress, but this is a completely different performance for a totally dissimilar character. I wish Carroll did more voicework; she was also very good in a small role in Tangled: The Series. Lea Salonga doesn’t have many lines as Mom, but she does well with what she’s given. Salonga played Eponine in the Les Miserables 10th Anniversary Dreamcast concert and provided the singing voices for Disney princesses Jasmine and Mulan. She’s more famous for her stage roles, but I absolutely love her. Totoro is played by Frank Welker, who’s known for voicing many animal characters, including Scooby-Doo and Bronx from Gargoyles. I’m glad Totoro doesn’t speak, communicating instead through grunts, growls, and body language. It’s easy to see why he became the studio’s mascot; he’s charming, funny, and downright lovable. 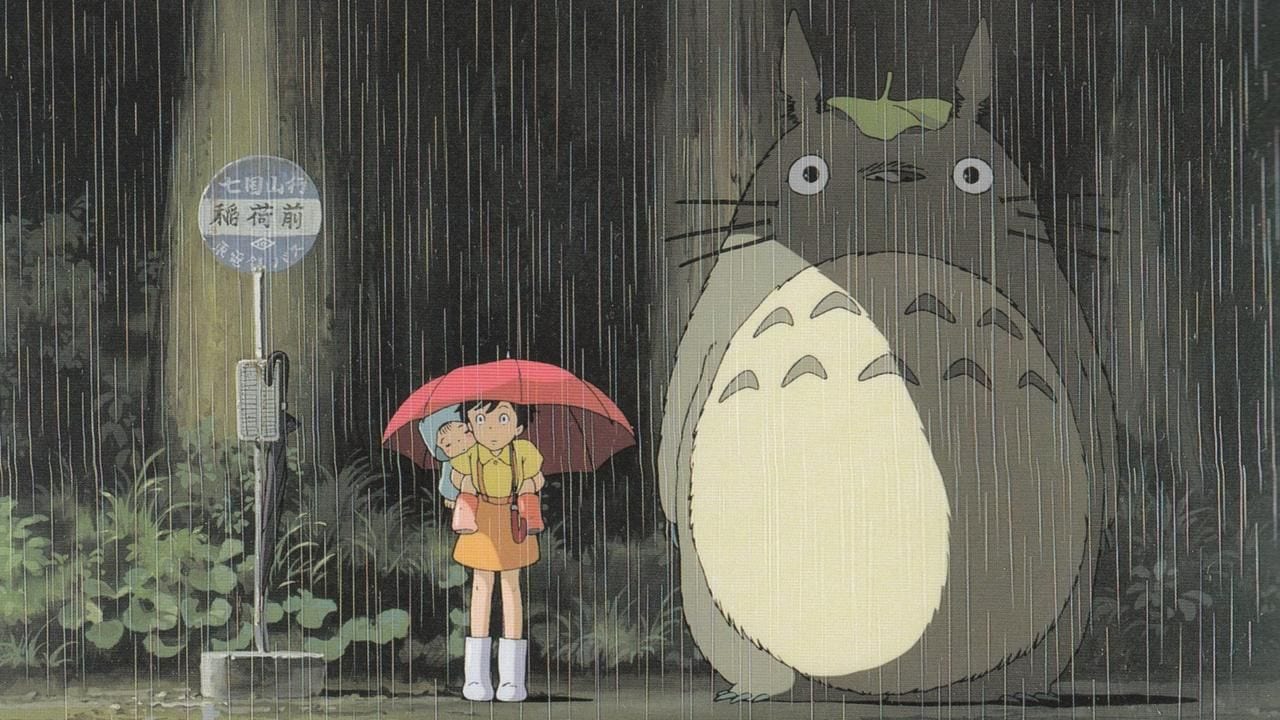 My Neighbor Totoro is beautiful to look at.  I especially like the contrast between smaller scenes like the family taking a bath and fantastical sequences. Totoro flying the girls around the forest, meeting the Catbus, and growing the acorns are all definite high points. The score by Joe Hisaishi is quite nice, and the film’s two songs will be stuck in your head for days. “My Neighbor Totoro” is one I often find myself humming, and “Hey Let’s Go” definitely gets you excited for what’s to come, even if it’s a little simplistic.

And that’s how I feel about the film as a whole. It is simple, and intentionally so. The story leaves lots of room for the characters to interact and develop organically, and the whole experience is just delightful. My Neighbor Totoro isn’t my personal favorite Studio Ghibli film, but it is one with which I have absolutely no problems. My Neighbor Totoro is a simple film with a slice-of-life feel to it. It’s more about the experience than any kind of deeper message, but an excellent cast and the charm of the characters make it an absolute delight.

My Neighbor Totoro is a simple film with a slice-of-life feel to it. It’s more about the experience than any kind of deeper message, but an excellent cast and the charm of the characters make it an absolute delight.

I know now what Miyazaki and others were going for with this movie. About experience, but before I saw it for some reason I was expecting something like E.T. or Iron Giant and it threw me off. Didn’t mean I didn’t like it, but I didn’t love it. There were many moments I liked in it. Satsuki and Mei make me smile big with their antics and the Fanning sisters were excellent. I also like the simplicity of the cast. They are well-known but they’re not big, ‘big’ actors like in Princess Mononoke or Nausicaa. You know they say the Catbus was an influence in the appearance for Appa.