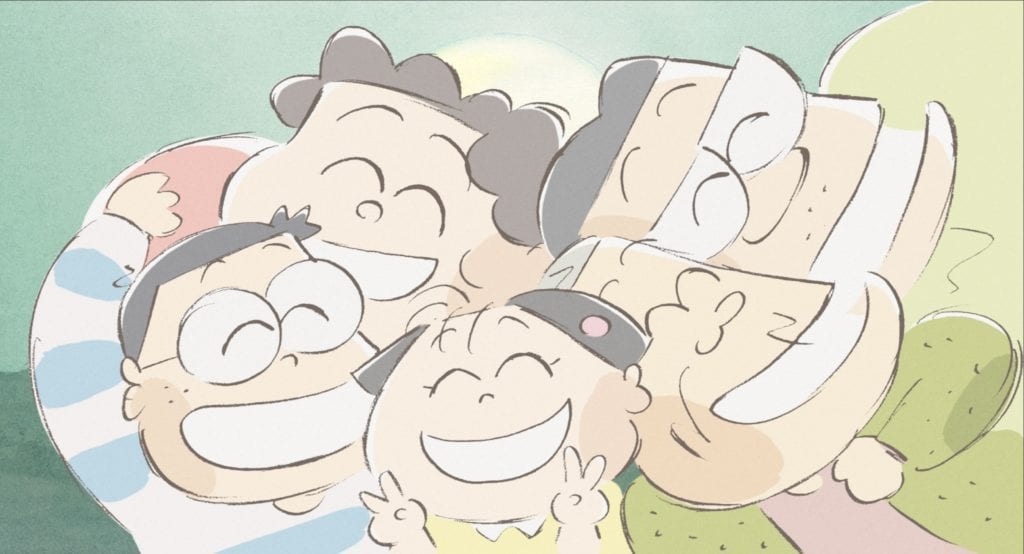 NOTE: I will be skipping over Princess Mononoke in the Studio Ghibli line-up because I already have a review which you can find here.

My Neighbors the Yamadas is an unusual film, both for Studio Ghibli and in general. Most of their movies tend to be either fantastical or mundane, exploring magical worlds or the day-to-day lives of ordinary people. My Neighbors the Yamadas falls somewhere in-between, chronicling the misadventures of an average, modern Japanese family but with a twist. The film’s madcap animation style and a blend of slice-of-life simplicity with magical realism make it stand out among the studio’s oeuvre, animation, and film as a medium. Isao Takahata’s filmography is very interesting, seeming to have less of a theme than Miyazaki’s. My Neighbors the Yamadas is a perfect example of that; where did this movie come from? Following thoughtful films like Grave of the Fireflies and Pom Poko, a wacky comedy like My Neighbors the Yamadas seemed to come out of nowhere. My Neighbors the Yamadas is a movie I’ve never seen before; in fact, I’ve turned down opportunities to watch it before due to the look of the animation. As such, I have no nostalgia or expectations going in. Let’s have a look. 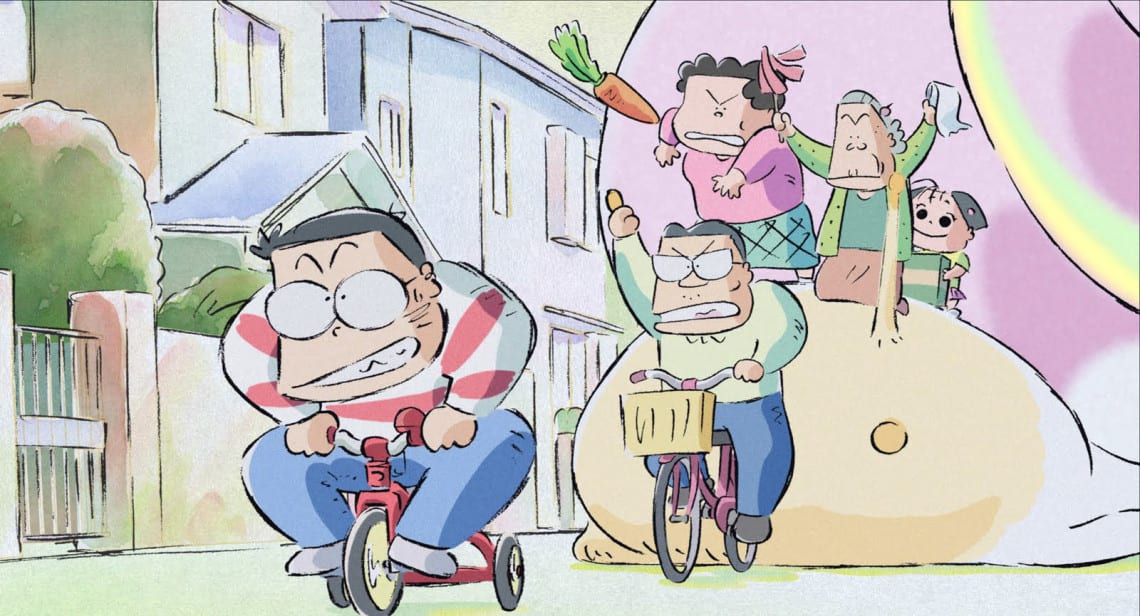 My Neighbors the Yamadas doesn’t have a plot in the traditional sense, but that doesn’t keep it from telling a story. The Yamadas are a quirky but tight-knit family who go on various misadventures in modern-day Japan. Father Takashi (Jim Belushi) has a job and likes to play pachinko and baseball with son Noboru (Daryl Sabara). Mother Matsuko (Molly Shannon) stays at home, tending to laundry and meal preparation with help from grandmother Shige (Tress MacNeille). Takashi and Matsuko’s daughter Nonoko is the baby of the family and mainly provides comic relief, occasionally being sucked into shenanigans of her own. From mundane tasks like grocery shopping to dealing with teenage hooligans to magically flying away on balloons, the Yamadas face every challenge together. 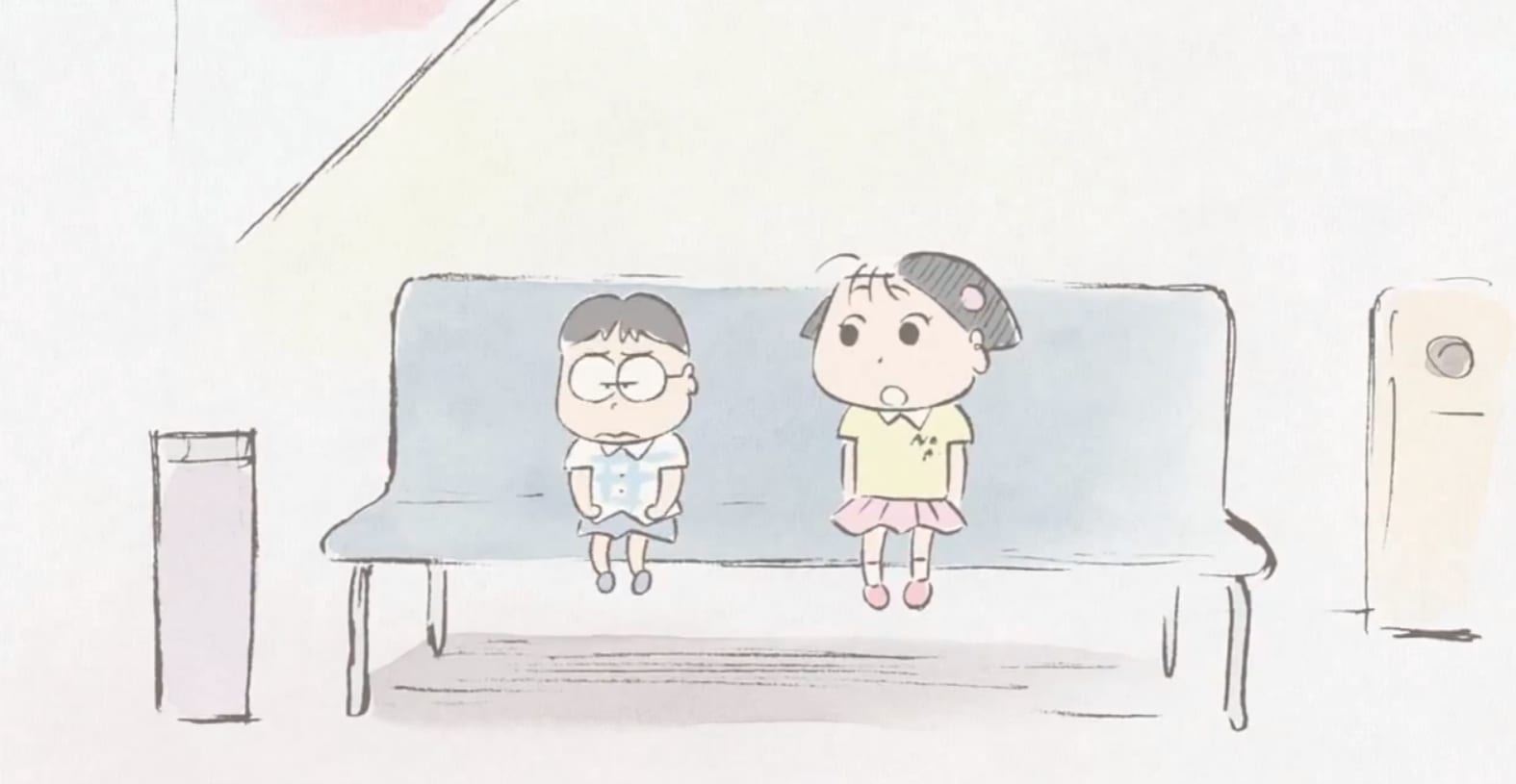 Like many of Studio Ghibli’s releases, My Neighbors the Yamadas has an impressive roster of actors performing its English dub. Jim Belushi is funny as Takashi, reluctantly going along with the family’s antics much of the time. He usually sounds angry, but not in an unpleasant way. He feels a lot like a sitcom dad but not as dumb. In fact, I think that describes the whole movie pretty well. The various short vignettes are usually humorous, giving the movie the feel of a sitcom following this wacky but harmless family. Molly Shannon is very good as Matsuko. Matsuko is a well-meaning, caring wife and mother who can also be lazy and demanding. Tress MacNeille is probably my favorite as Shige, Noboru, and Nonoko’s grandmother. She’s old and tired but gets into the most trouble of all. She picks fights with motorcyclists (and finishes them in unexpected ways), gossips about hospitalized friends, and argues with Takashi over who owns the land their house is on. Noboru wishes his parents were “cooler,” thinking that then he would be cool too. He struggles in his relationships with classmates (especially of the female variety), and his interest in Formula One racing seems strange to his mother, who wishes he would just study more instead. 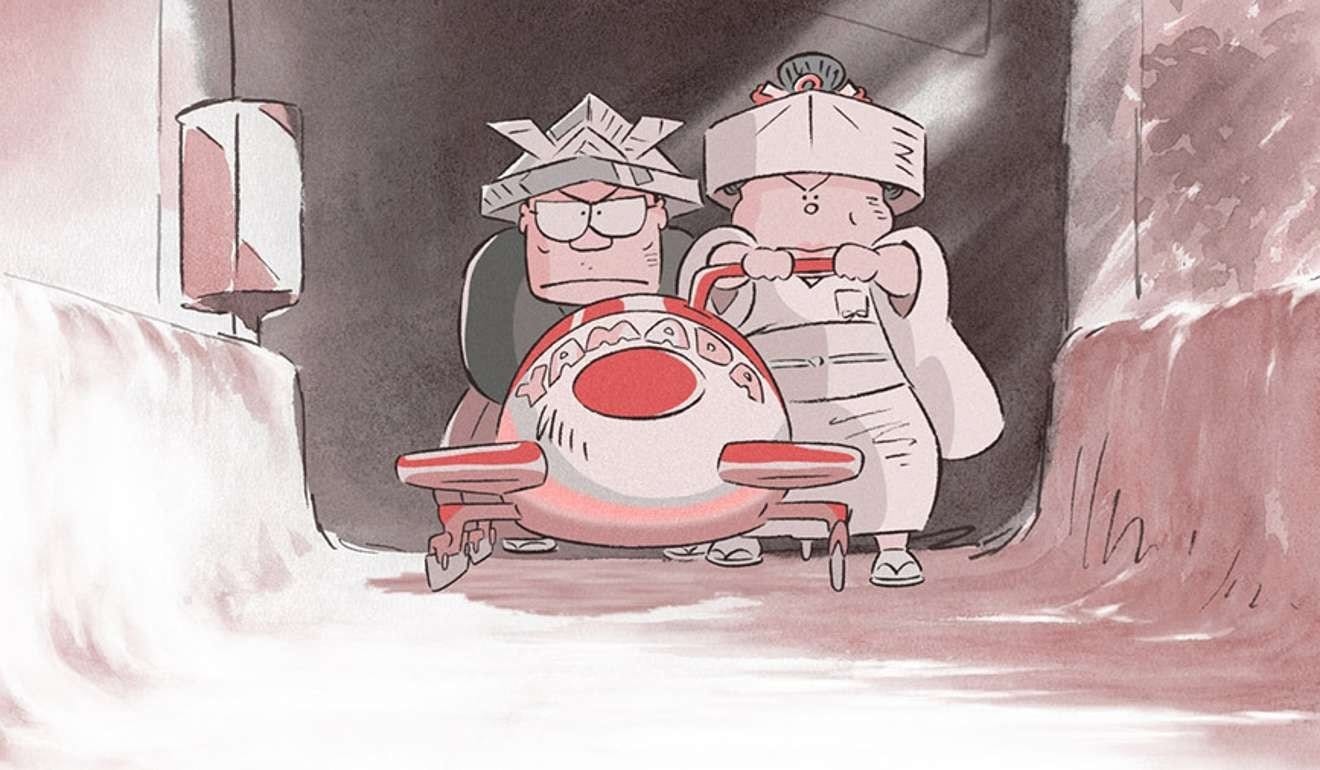 The personalities and relationships among the Yamada family are wholly believable and realistic, which is the film’s greatest strength. There’s not much in the film to provoke deep thought or pull on your heartstrings, but there is value in the honest portrayal of the contemporary, everyday family. Sequences like the motorcycle confrontation and the finale with the balloons also offer some tonal and stylistic variety. When Takashi first engages the reckless motorcyclists, the animation style changes drastically. The minimalist, chibi-esque look of the film gives way to a grittier look, complementing the tense music and dialogue. The ending where the Yamadas take off on their balloons leans heavily into the surreal, ending the movie on an emotional high note. Personally, the sitcom-style light comedy of the movie isn’t really for me. At times, My Neighbors the Yamadas’ tone is reminiscent of Pom Poko, but that film had a stronger narrative. It was also more tonally balanced, juggling the goofy antics of the impatient tanuki with the impending threat of land development and all-out extinction. My Neighbors the Yamadas is a good movie, and I like it well enough, but it’s not one I expect to rewatch very often. 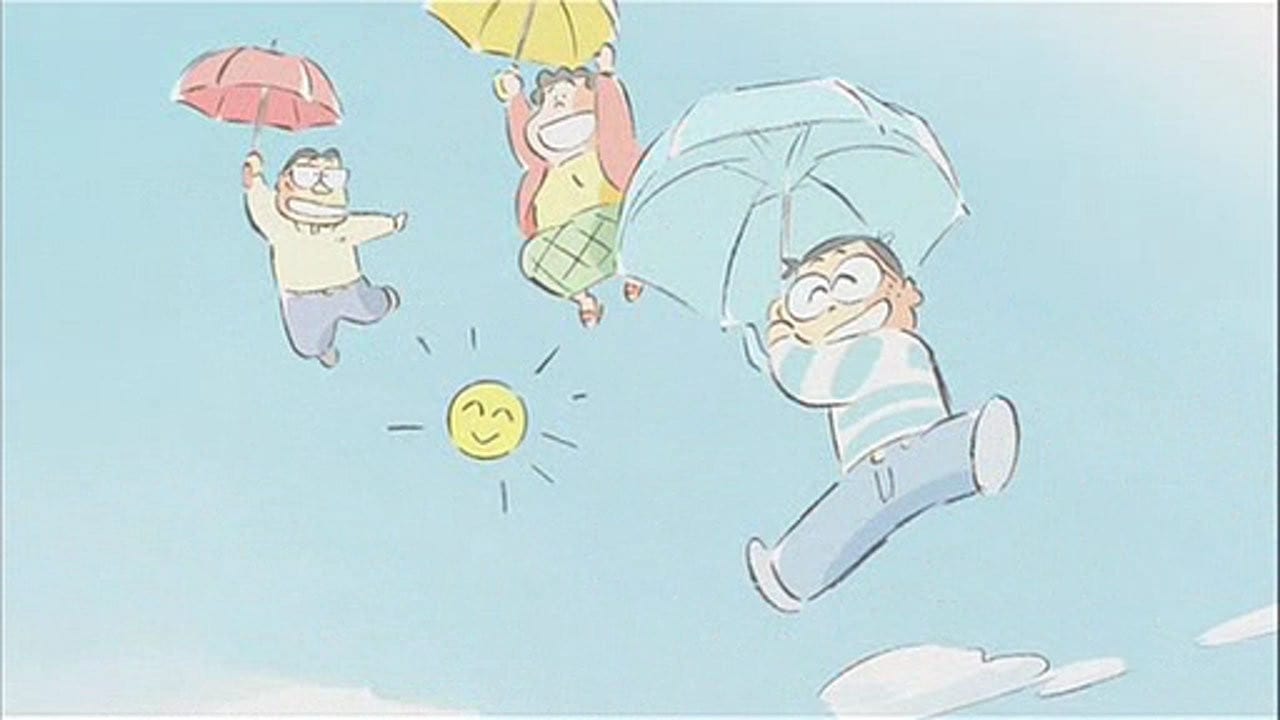 As I mentioned, My Neighbors the Yamadas has a very distinct art style. None of the other Studio Ghibli films look like this, and I’ve never seen any movie quite like it. The characters remind me of the chibi shorts on the Avatar: The Last Airbender DVDs. The animation itself is simple but very pretty, accentuating trees and simple details like dishes and furniture. I prefer the more traditional look of films like Porco Rosso and Whisper of the Heart, but I admire Takahata and his team for going for something unique. I think there is a place for all kinds of animation, and variety is the spice of life, as they say. This isn’t my preference by any stretch of the imagination, but when you watch as much animation as I do, it’s nice to see deviations like My Neighbors the Yamadas every now and then. The film’s original score by Akiko Yano is a delight. It’s light and bubbly, which fits perfectly with the film’s visuals and vignette-style storytelling. There are also various original songs throughout the movie, as well as a cover of “Que Será, Será” performed by the characters themselves. There’s a considerable variation in quality among the songs. Some of them are performed by the Ghibli female choir and others by various artists. But none of them distract or take away from the events we see on-screen, so I’d say they serve their purpose.