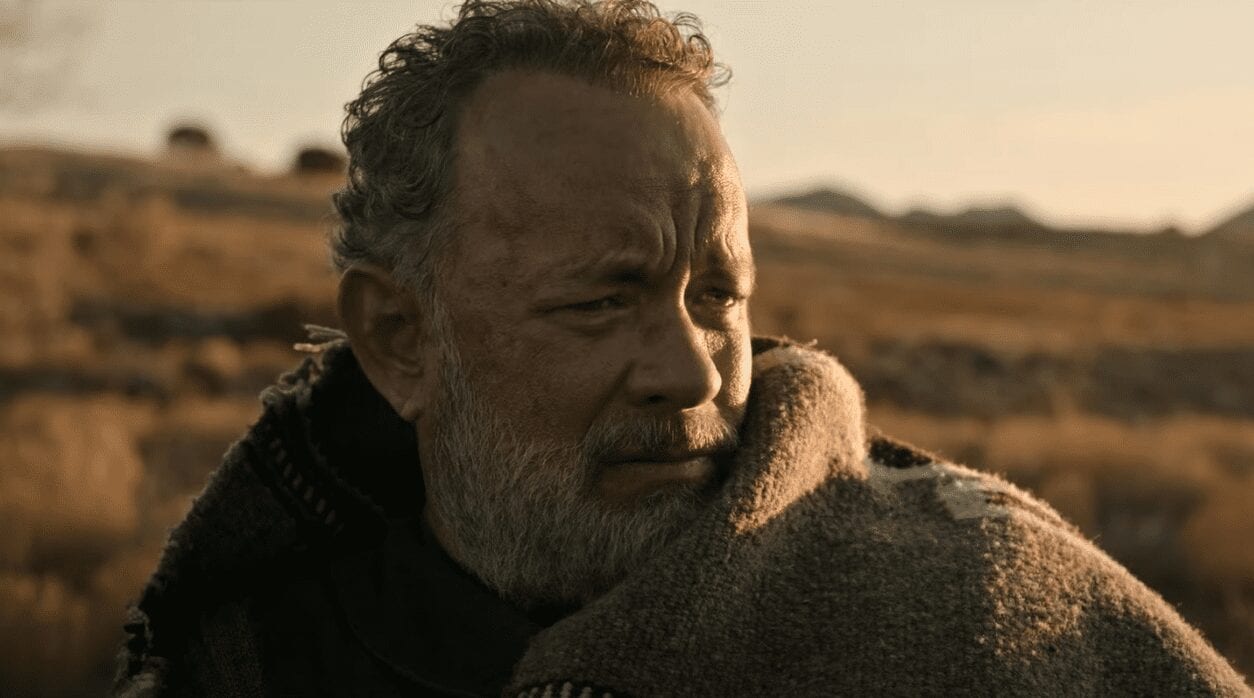 I have a strange relationship with the Western genre. The Western had its day in the sun long before I was born. Even later favorites like Unforgiven and Silverado were slightly before my time. I haven’t seen many Westerns, and the ones I have are the obvious choices like The Magnificent Seven, but I’ve liked just about every one I’ve ever seen. This past Christmas, a movie called News of the World came out, starring Tom Hanks and directed by Paul Greengrass. I’m not sure how this one flew under my radar, especially with the talent involved. This film is based on a 2016 novel of the same name by Juliette Giles and tells the story of Captain Jefferson Kyle Kidd, a retired Confederate soldier turned professional newsreader.

The film tells the same basic story, although I’m not sure how close or different it may be. Captain Kidd (Tom Hanks) travels from town to town, reading local and federal news to anyone with a dime to spare. His lonely, itinerant lifestyle is disrupted when he comes upon a lynched man next to a crashed cart. He naturally checks it out, but his search is interrupted by Union soldiers questioning his character and purpose in being there. After disposing of his ammunition and determining him to be harmless, the brigade commander instructs Kidd to escort the lone survivor home. Johanna, a mysterious, seemingly feral young girl who speaks no English, is off with Captain Kidd for the adventure of a lifetime. Numerous obstacles and few friends lay along their path as they both search for home and family. 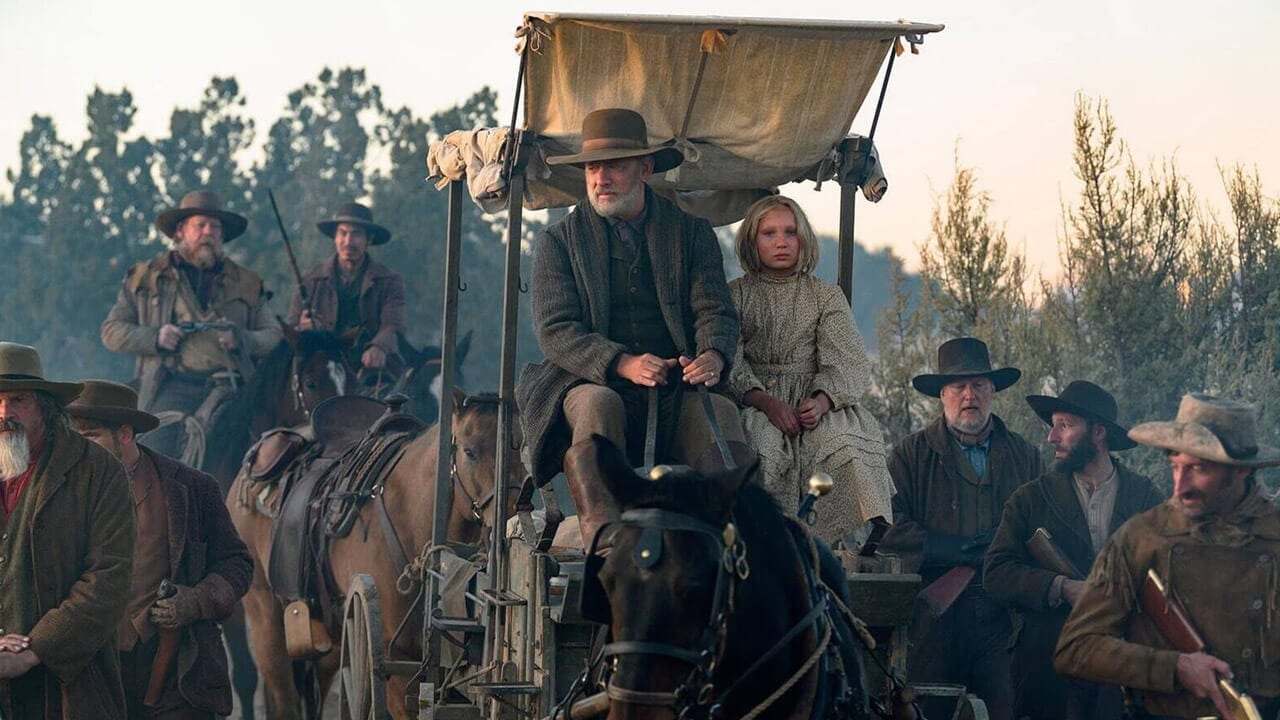 News of the World is interesting to me, in that I’m surprised both to see Tom Hanks leading it and Paul Greengrass in the director’s chair. Hanks is quite good as Captain Kidd, and the film is directed well. I’m just used to seeing Hanks in true-story dramatizations these days. Initially, I even wondered if this was one. Seeing Greengrass’s name just made me think of the Bourne movies. Although I will say that a search to make sure Greengrass hadn’t directed a Western I didn’t know about proved that he didn’t direct The Bourne Identity, so that’ll show me. The cinematography in News of the World is absolutely gorgeous, brilliantly showcasing both the lush landscapes of Texas and the horrors wrought on its animals and people. Tom Hanks is charismatic, as always, and the mystery surrounding his character’s past is sufficiently engaging throughout the film. This is German actress Helena Zengel’s first English-language film, and it’s truly a break-out performance. I hope she gets some attention for what she was able to pull off. Child actors aren’t known for being very good, and this is a role that relies heavily on facial expressions and body language, especially early on. It helps that her features are so striking, giving her an almost otherworldly appearance. For a significant chunk of the movie, she behaves more like a wild animal than a child, and it’s a testament to Helena’s young talent that it comes off as believable and not silly. She also speaks three different languages (English, German, and Kiowa) later in the film, especially after becoming comfortable trying to communicate with Kidd. This, too, could have easily veered off into unpleasant directions, but she owns this role in every way. It was also a pleasant surprise to see Mare Winningham as Kidd’s former fellow soldier’s wife. I like her a lot, and she does a good job displaying both fear of the unpredictable child and motherly care for her well-being. I especially enjoyed a scene where she fights a frilly dress onto the unruly child, who prefers an animal skin outfit from the Kiowa people. Elizabeth Marvel briefly appears as Mrs. Gannett, an innkeeper and Kidd’s friend with benefits. I’m not familiar with this actress, and it’s not a huge role in the film. Her empathy for Johanna is very convincing, though, and she has good chemistry with Hanks. 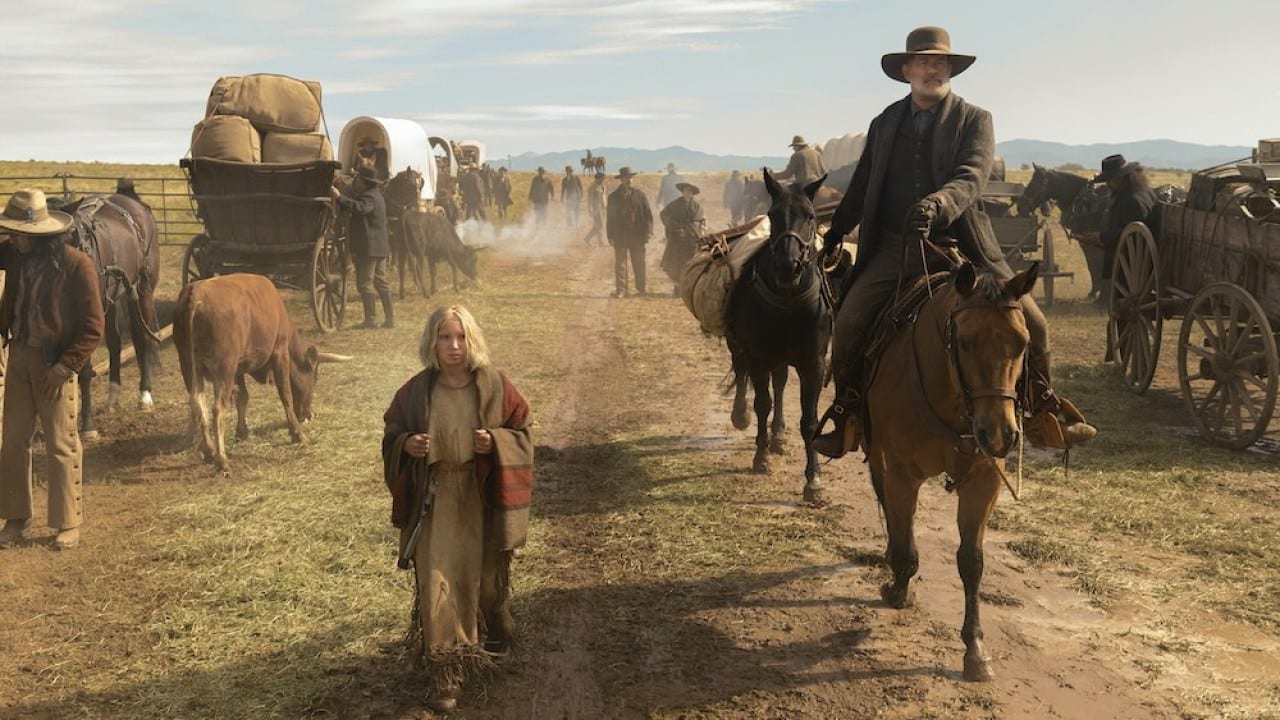 However, the rest of the cast is unremarkable. I don’t know of any of the other actors from other projects, and their performances range from serviceable to distracting. There are a couple of groups of villains in News of the World that Kidd and Johanna stumble onto, and most of them come off as silly. They’re plenty evil and more than willing to use force to get their way, but I found their motivations and performances farcical. I don’t want to spoil too much, but the first trio of antagonists wants to purchase Johanna from Kidd for ignoble purposes. The lengths to which the band of perverts goes to get their rocks off seemed forced and unbelievable to me. These guys want to take on an old man and a helpless, confused little girl. The first impression I got of them was that they were slimy cowards, but then they’re ultimately willing to do just about anything to achieve their goal. I understand that they need to create conflict within the story, which is why the duo encounters these individuals. But something about their dialogue and performances just makes them come off like Saturday morning cartoon villains. And I’m talking about Gargamel, not the Joker, when I say that. This doesn’t ruin the film because they’re not the focus and don’t stay for long; it’s just a disappointment to have such throwaway villains in a movie that’s generally much better. One of the film’s highlights is the booming musical score by James Newton Howard. I generally like Howard a lot, so I’m not surprised. He excels at supplementing and bringing life to small, intimate scenes as well as the bustle of big city streets. The film’s main theme really makes it feel like you’re about to experience something special.

Overall, I quite liked News of the World. I have my gripes with the villains and bits of dialogue. However, Kidd, Johanna, and their bond are more than enough to carry this movie and keep me invested.