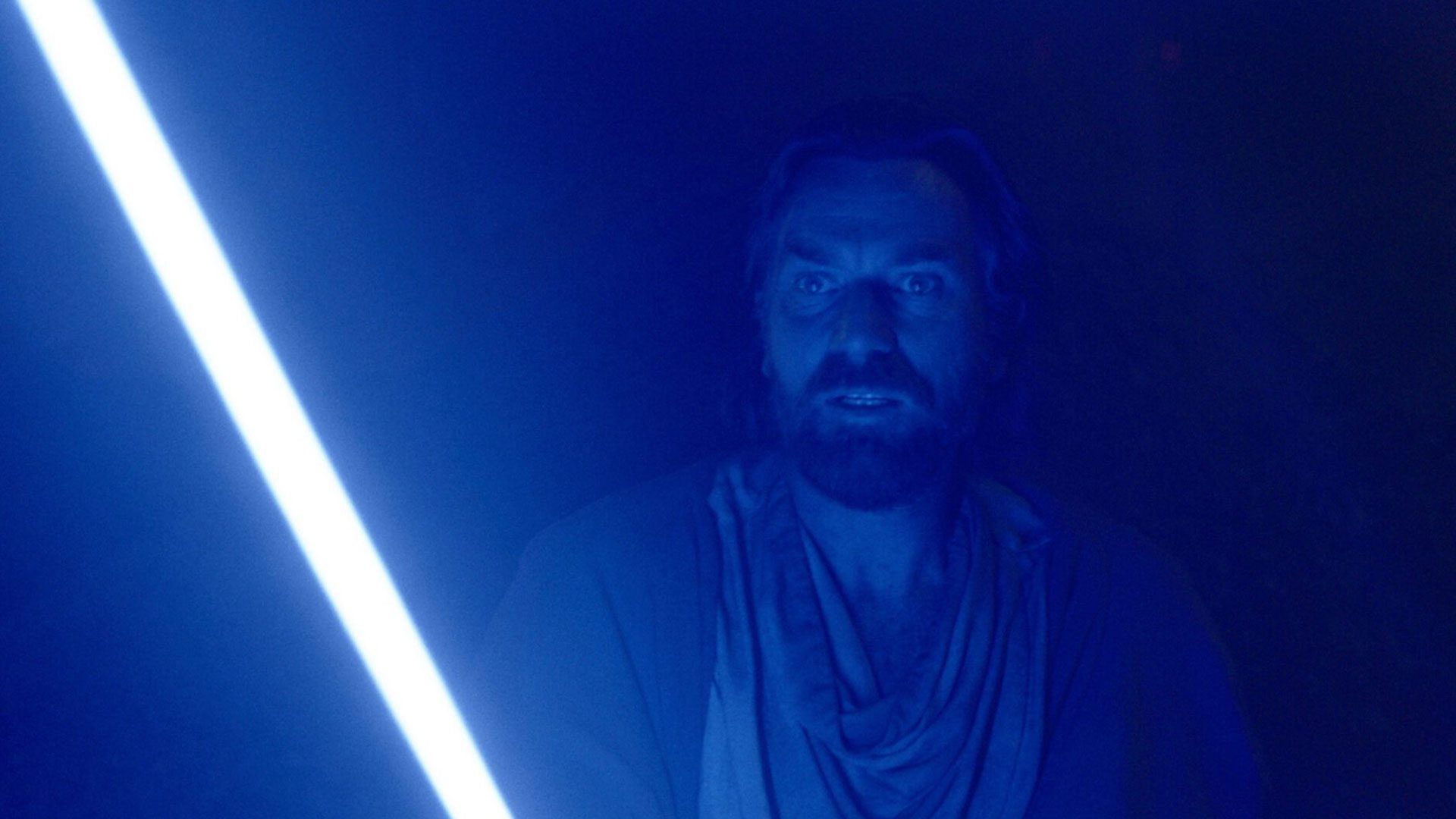 “Part III” sees Obi-Wan and little Leia arrive on Mapuzo, a planet in a mining system. Meanwhile, Lord Vader promises Reva the title of Grand Inquisitor if she helps him capture Kenobi. When nobody meets them at the location Haja mentioned, Obi-Wan and Leia hitch a ride with a pro-Imperial transport. Their fake identities work for a while, but the driver, Freck, takes them to an Imperial waystation to have them checked out. An officer named Tala takes out the Stormtroopers and leads Obi-Wan to a secret passage that can get him and Leia to safety. However, Obi-Wan stops in his tracks when he senses a familiar presence. Darth Vader glides through the streets of the quiet mining town, leaving bodies in his wake to get Obi-Wan’s attention. Obi-Wan shoos Tala and Leia on, choosing to stay back and face Vader himself. Things don’t go well for anyone; Reva finds and kills the pilot waiting for Leia, and Tala goes back to help Obi-Wan, who gets his butt kicked thoroughly. The episode ends with Tala evacuating Obi-Wan to safety and Reva catching Leia. 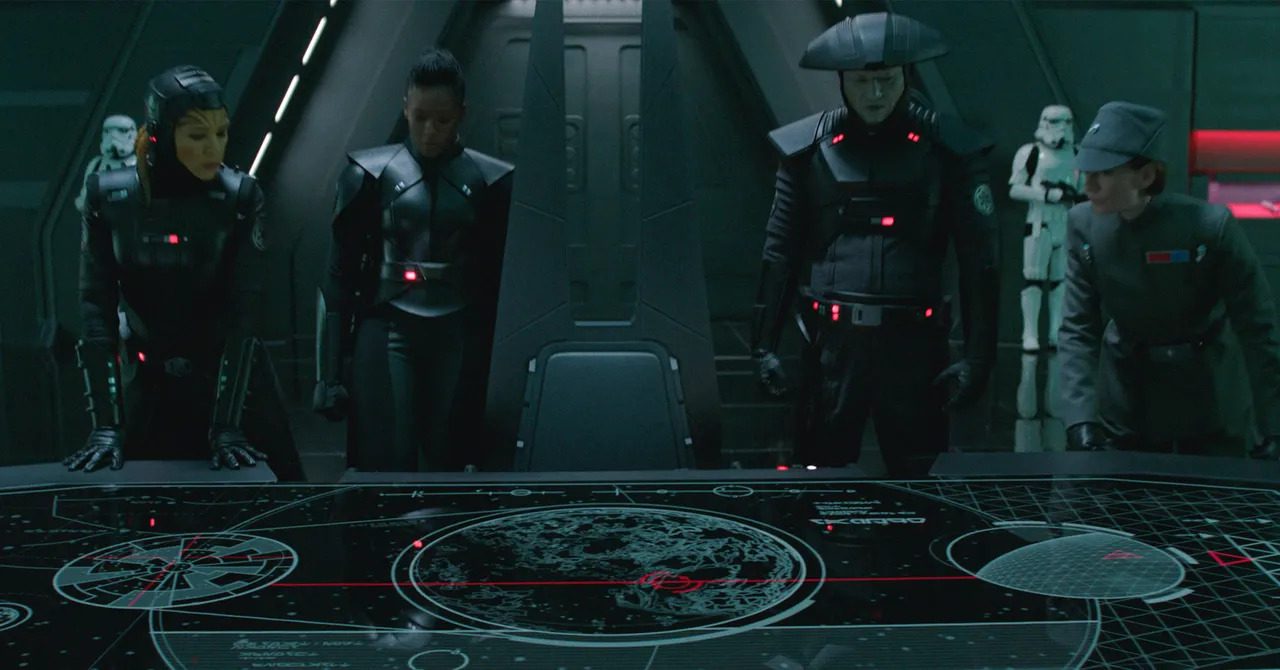 It’s hardly the point of the episode, but I find myself troubled by Reva’s apology to Vader about the Grand Inquisitor. Are we now supposed to believe he actually is dead? In “Part II,” when Reva stabbed him in the gut with her saber, I assumed they would pull a Darth Maul/Boba Fett on us. That would have been annoying and pointless, but this is worse; this character cannot die in this time period! Rebels takes place after this. I’m well aware of Lucasfilm’s penchant for retconning their books and comics in their series. Now even the shows are going to contradict one another? What are they playing at with this? It was frustrating enough to watch the main villain of an entire TV season cut down like a chump by a new character, but this is too much. It’s particularly annoying because Rebels was a much better show than Kenobi has thus far proven to be. I also liked that version of the Grand Inquisitor a lot more.

“Part III” looks terrific visually. The effects, sets, and costumes are movie quality. The Inquisitors’ headquarters is particularly impressive and foreboding; I hope we can see more of it. Vader’s castle looks fantastic, and he’s in full form here. It’s good to see Hayden Christensen back in the suit and hear James Earl Jones’ voice emanating from it. The scene where he gets dressed is fascinating; they put work into the details of this show. The fight sequences are much improved in “Part III,” especially the promised lightsaber duel between Kenobi and Vader. As one would expect, Vader wipes the floor with his old master. Obi-Wan buried his lightsaber in the desert and actively tried not to use the Force; it makes sense that a great Sith Lord would walk all over him. This also leaves plenty of room for Obi-Wan to improve if they choose to do that with the series. The music by John Williams and Natalie Holt is pretty good. I like it the most when it feels like classic Star Wars, like during the lightsaber duel. 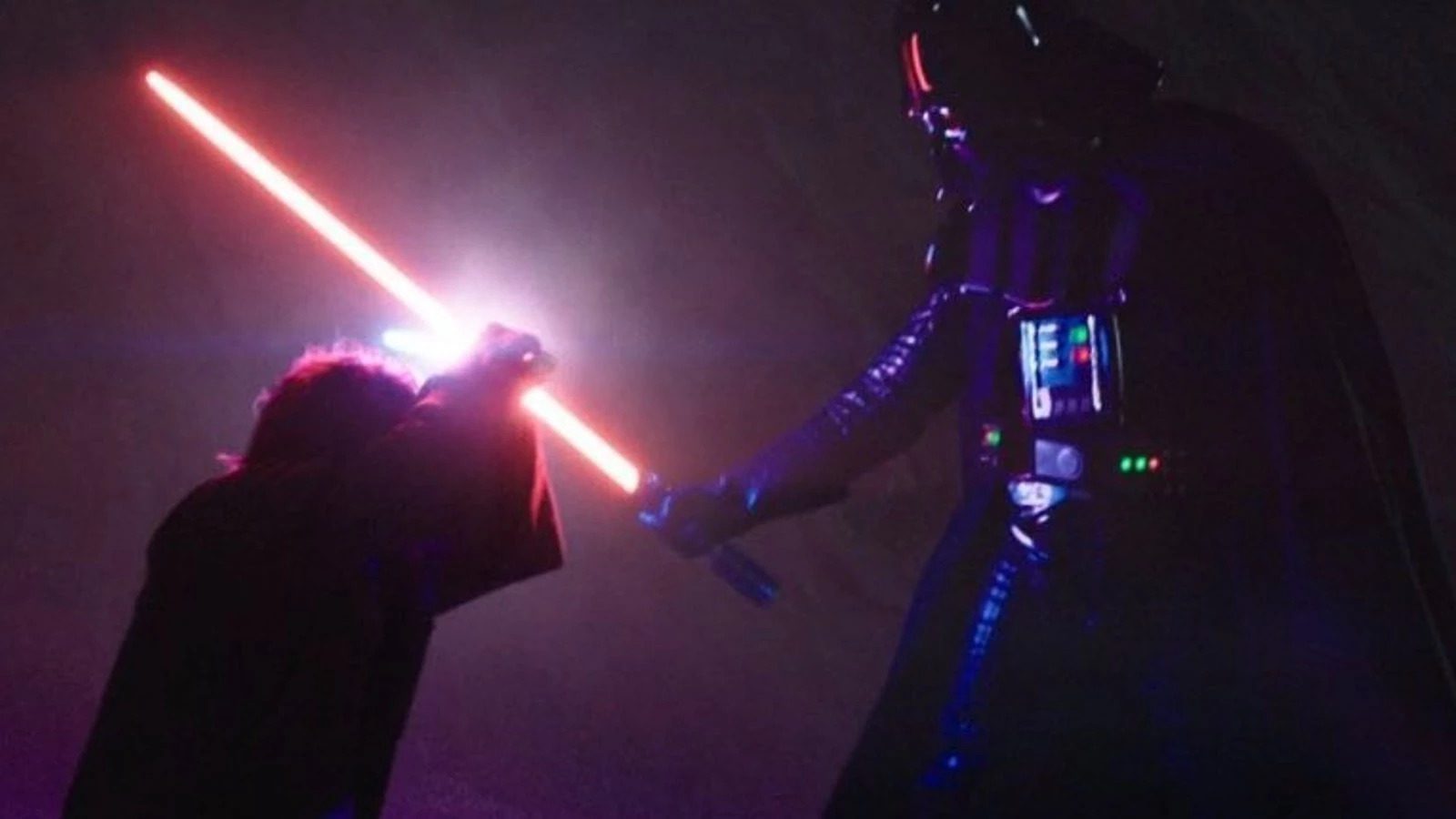 Sometimes I wish that spectacle was enough for me, and this is one of those times. I want to love this show. I love Star Wars, I love Ewan McGregor, and Obi-Wan Kenobi is one of the most iconic, beloved Star Wars characters of all time. He connects the original and prequel trilogies almost as much as Anakin. But was this really the story that needed to be told? What does this add to the world and lore of Star Wars? Vader knows Kenobi is alive, Reva knows that Vader is Anakin Skywalker, and I know that I’m tired. I understand that retcons will probably happen if they keep revisiting the same periods of the prequels, the original trilogy, and the 20-odd years in-between. But am I the only one getting tired of wondering how they’ll explain things that seem impossible? Vader’s identity is supposed to be a secret; it’s implied that Tarkin is one of the only people who pieced it together. And he seems much smarter and more patient than Reva. Do all the Inquisitors know? Why would he tell them? Why would he allow them to live if they figured it out? And how are the writers now going to arrange it so that Darth Vader doesn’t know Kenobi’s status at the end of the series? This is getting really dumb.

One of the prominent theories around Obi-Wan Kenobi has been that Reva was a former Jedi Padawan, specifically one of those seen in the show’s introductory sequence. That always seemed a safe bet, but now we’re getting breadcrumbs reinforcing this idea. When Reva finds the hidden tunnel, she sees a Jedi Order emblem carved on the wall and flies into a rage, kicking the buckets and junk around so we know she’s mad. How is anyone supposed to take this character seriously? Anyway, I will be shocked if this isn’t Reva’s backstory at this point. She must have some kind of grudge against the Jedi for losing the war or letting the Empire take her. That’s why she hunts Obi-Wan so ferociously, although it still doesn’t explain why she was so sure he was alive. The man disappeared into the desert and only told Owen and Bail Organa, neither of whom gave Reva any information. The story bends over backward to make Reva seem intelligent and capable, while her actions and words prove the opposite. She acts like Anakin BEFORE he became a Sith Lord, with no control of her emotions and no sense of propriety. I really don’t like this character so far, and I find myself questioning why the show’s writers seem to love her so much.

Obi-Wan does try to reach out to Qui-Gon in the Force one time early in the episode. I find it encouraging that they’ve included his name about once an episode. That’s what any story about Obi-Wan should have concerned itself with: Obi-Wan connecting with his former master and learning to manifest a Force Ghost. Sadly, Obi-Wan Kenobi is more concerned with characters who shouldn’t even be in the show. I’m disappointed that Leia still hasn’t made it home safely; she’s been a major player in half of the episodes, and now it looks like she isn’t going anywhere. The trailers’ focus on Luke seems to have been an intentional misdirect. Don’t get me wrong; this shouldn’t be about Luke, either. Obi-Wan interacting with either of the twins too much creates its own set of problems for the movies. Vivien Lyra Blair is less annoying in “Part III,” but I still don’t think this was the time or place for a little Leia story. Now I’m convinced that Obi-Wan’s comment about her reminding him of someone meant Padmé. That stinks because the description he gave fit Satine to a T, whereas Padmé was more about diplomacy, killing her opponents with kindness. I guess they will ignore Satine entirely when this would have been the perfect opportunity to delve into their relationship. 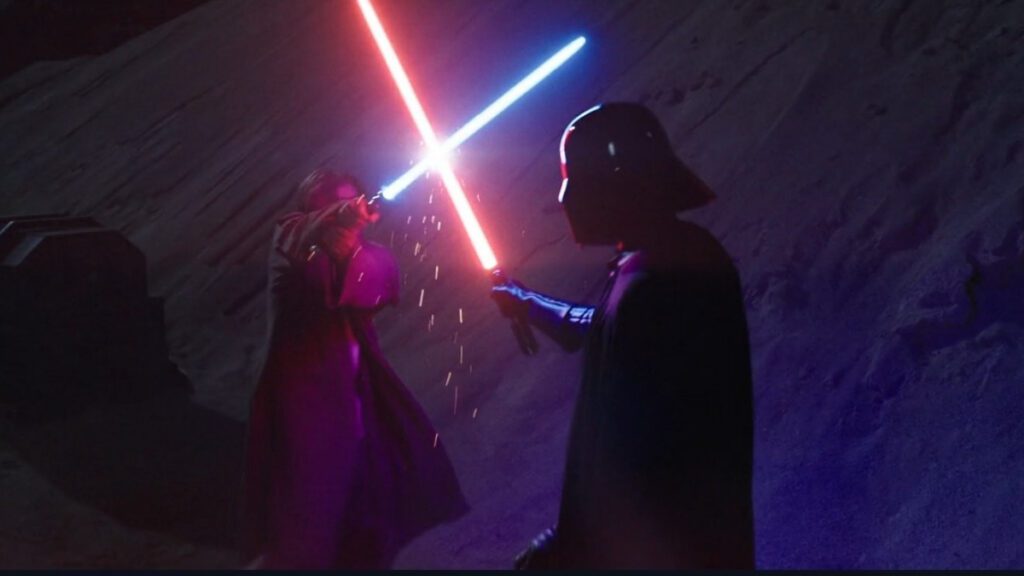 Obi-wan Kenobi “Part III” is better than its predecessors in terms of acting and visual splendor. No matter what, nobody can say Deborah Chow doesn’t have a fierce vision for the Star Wars universe. What she does with Sith and Sith-adjacent architecture, in particular, is nothing short of breathtaking. I just can’t shake the feeling that this isn’t the story we needed; the attempts to contact Qui-Gon highlight that that’s where the real story is. What about Obi-Wan’s sense of loss over Satine? The survivor’s guilt? I understand that he must feel that way about the Jedi Order as well, but why not bring the two together? The spectacle is gorgeous and impressive, but I came here for a character study.

Obi-wan Kenobi "Part III" is better than its predecessors in terms of acting and visual splendor. I just can't shake the feeling that this isn't the story we needed; the attempts to contact Qui-Gon highlight that that's where the real story is. The spectacle is gorgeous and impressive, but I came here for a character study.