If you saw my coverage of the trailer for Outlaw King, David Mackenzie’s follow-up directorial effort to 2016’s phenomenal Hell or High Water – also starring Chris Pine – you know I have been quite excited for this film to make it’s Netflix debut. Sadly, I have to say that I’m quite disappointed. With a gifted star and an incredible director behind it, Outlaw King had the potential to rival Braveheart, but instead falls on the sword of medieval mediocrity.

I can say that one of the shining lights of Outlaw King is Chris Pine in the lead. Pine has continued to impress me as he shakes off the pretty boy, rom-com style trappings and becomes a bonafide talent to be reckoned with. Pine gives it his all in every frame of this film, with a great sounding Scottish accent and a steely gaze that hides pure anger. He delivers rousing speeches like a badass, and he carries himself really well in the battle scenes. I just wish the script supported his character better. Florence Pugh, a new actress to me, also does a fine job with what she’s given. She has solid romantic chemistry with Pine, and she has some effective emotional beats, but again, the script barely supports her. Aaron Taylor Johnson does some solid work here as well, although I feel like they could have utilized him more than they did. He sells the sense that his character, James Douglas, is a murderous madman on the battlefield, and a skilled fighter. Johnson is convincing in the craziness and in the stunt-work, but his character has a real motivation to do what he’s doing, and they don’t let Johnson showcase how that effects him, aside from allowing his character to join up with Pine’s Robert the Bruce. The last cast member of note is Billy Howle, portraying Prince Edward. This is the only performance of which I’m not a huge fan. Howle plays a lot of scenes over the top, screaming at the top of his lungs and overacting. He does have a few stronger scenes, most of which are complete spoilers, that show that there’s talent here; it’s just buried behind all of the scenery chewing. 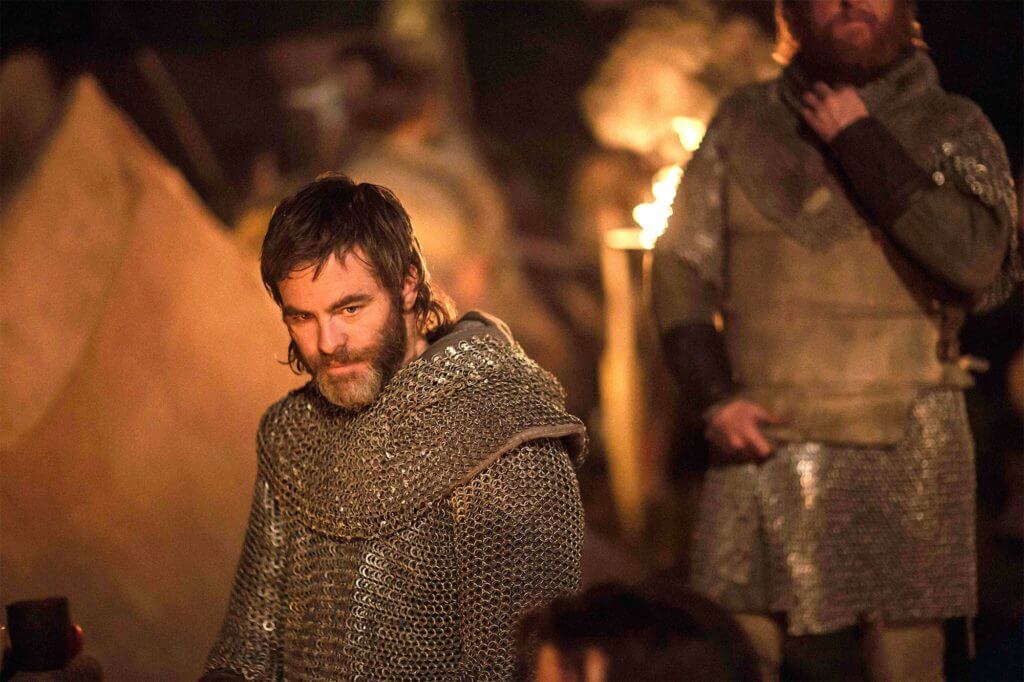 The story of Robert the Bruce is an incredibly interesting one, watching the ups and downs that man faced on the road to freedom from English rule; it’s just too bad that the script for Outlaw King doesn’t effectively convey that story. There are glimmers, moments where I can see the fantastic film that this could have been; moments like the early blossoming of Robert’s romance with Elizabeth and the motivations for James Douglas as I mentioned above. There are good ideas, but none of them are explored enough. There’s a rivalry between Robert and another lord that is mentioned, but we don’t really know much about it, and it’s used for a pretty major plot point that just feels unsupported and then glossed over to move on to different plot threads. When Outlaw King really gets into the meat of its story – the rebellion – it still feels like Mackenzie is hurrying the plot along to get to the bloody parts. People die and they don’t pause long enough for us to feel the weight of it, save for one death toward the end of the film. It’s not the worst story ever; it’s not even the most poorly handled in the medieval war film catalogue. It’s just very disappointing.

Outlaw King is an absolutely stunning film visually. The cinematography is spectacular, including long tracking shots and a pre-title sequence that appears to be one continuous shot. That sequence is truly impressive, and one of the few scenes that are allowed to breathe. There’s also excellent lighting. As others have noted, there’s a great use of natural light in the shots that I found appealing, and sells the darkness of the era. The battle scenes, from a visual perspective, also look stellar. They sell the down and dirty medieval combat and chaos with how in-the-thick-of-it the camera is. The editing is a bit of a different story. The film isn’t paced very well; in fact, it’s pretty choppy after the first twenty minutes. Scenes don’t get the proper time to breathe before moving into the next, leaving me feeling like we missed something. Does that have something to do with the fact that Mackenzie re-edited the film and removed twenty or so minutes of runtime after debuting the movie at TIFF? I’m not sure, as I don’t personally know what was removed, but I think it’s a safe bet. If not, then that’s a whole different issue. The result is a film that feels unsatisfying, especially from a dramatic perspective. The sound design is fantastic, though. I can’t imagine how incredible this film sounds with theater speakers blaring in your ears. The pounding of hoofs on dirt, the clang of steel on steel, the death rattles of English troops; it all sounds so dangerous. 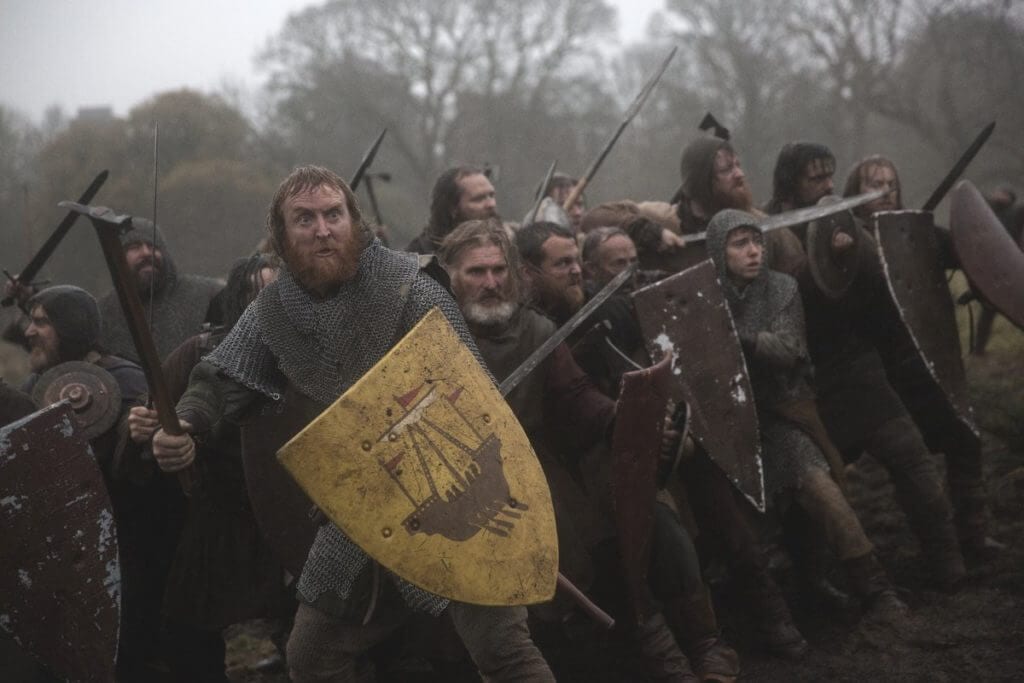 Let’s talk about those battles for a moment. They are, in a word, brutal. They don’t pull any punches here; medieval combat is horrific to witness. Men hack each other to bits with pieces of sharpened steel in the spraying mud, and it’s all conveyed convincingly by the way it’s shot and the excellent stunt-work. It’s pretty easy to tell what’s going on for the most part, although sometimes people get so covered in blood and mud that it takes a second to realize which mud-covered Scott is which. But most of the time it’s easily discernible, especially in the finale, where everyone is wearing some type of crest. There are plenty of things, particularly in that finale, that had me squirming from the brutality, and I gotta say, it was pretty awe-inspiring to watch such a small band of rebels take on the full force of a nation’s army. I will say that they feel visually similar after a while, which definitely hurt my enjoyment of them.

What did you think of Outlaw King? Let me know in the comments below! Stay nerdy everyone!

Outlaw King had the potential to rival Braveheart, with a gifted star and incredible director behind it, but instead falls on the sword of medieval mediocrity. 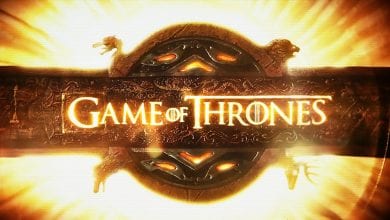 HBO and Columbia to Release Game of Thrones Inspired Album 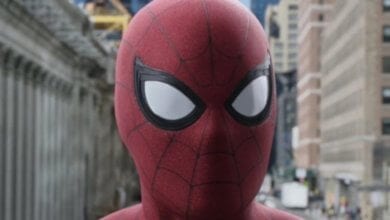 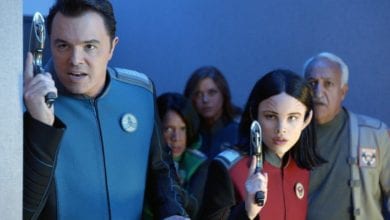 The Orville Season 2 Trailer Lifts Off at Comic-Con