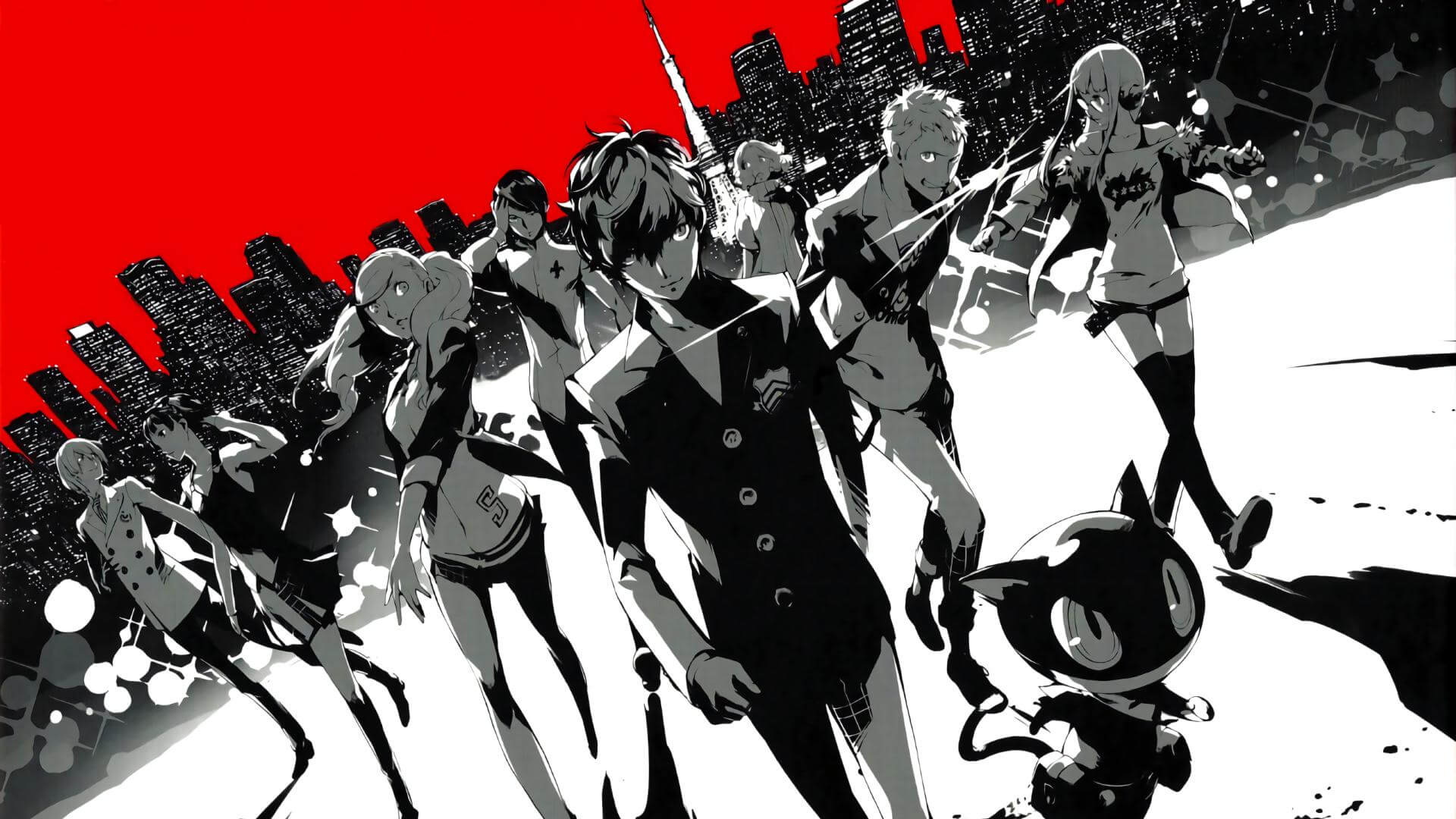 The Shin Megami Tensei spin-off franchise, Persona first appeared in 1996 as Shin Megami Tensei Revelations: Persona (Megami Ibunroku Persona in Japan). This largely came about from the widespread success and praise that Shin Megami If… had received for its high school setting and character focus. The series is named for the manifestations of the protagonists’ inner selves that they can summon forth and use in battle, Personas. In both its country of origin and in the West, the Persona series has received increasing success and acclaim among fans and critics alike with each subsequent entry. The general idea behind each game centers around a group of high school students, be it in a rural or urban setting, encountering “shadows” (demons in the Japanese releases) and having to summon forth their inner “Persona” to combat them and solve whatever mystery drives the given game’s plot. In 2016, renowned JRPG publisher ATLUS released the latest entry in the series, Persona 5, in Japan, and its success was nigh instantaneous. Despite the rapid success and growing accolades of the game, it did not receive a North American localization until April of 2017. During that painfully long wait for longtime fans, many who could do so opted to import Japanese copies of the game. When fans finally got their wish at the beginning of 2017’s second quarter, the buzz around the game couldn’t be understated, quickly garnering itself high marks across the board.

My introduction to the Persona series began quite late; I didn’t play my first entry until the PlayStation VITA updated port, Persona 4: Golden. While this may be an affront and sacrilege to those who have been playing since the series’ inception back on the original Sony PlayStation, my love for it is no less fervent, and I’ve since gone back to experience the franchise’s earlier entries as well. Having done said backtracking, I can attest that up through the latest entry, the series has only improved over the years and Persona 5 for the PlayStation 3 and 4 is no exception. From the outset, Persona 5 throws you into the action, taking control of the main character, “Joker,” in the middle of a heist gone south. This silent protagonist, as is customary for the series, must sneak around a lavish casino in his long trench coat and pointed face mask, avoiding security guards as the rest of his team – dubbed “the Phantom Thieves” – directs him over their comms. Joker makes his way up above the casino’s main lobby, hopping deftly from chandelier to chandelier, but as he approaches the casino’s front balcony, it is revealed that there may be a traitor within their group, and as Joker bursts through the balcony windows (in a brilliant display of agility and shattering glass), he is quickly apprehended by the authorities. From here, the game pulls a Tarantino as Joker proceeds to recount events from the beginning of his moving to Tokyo and attending Shujin Academy up through the present, to his interrogating prosecutor, Sae Niijima. 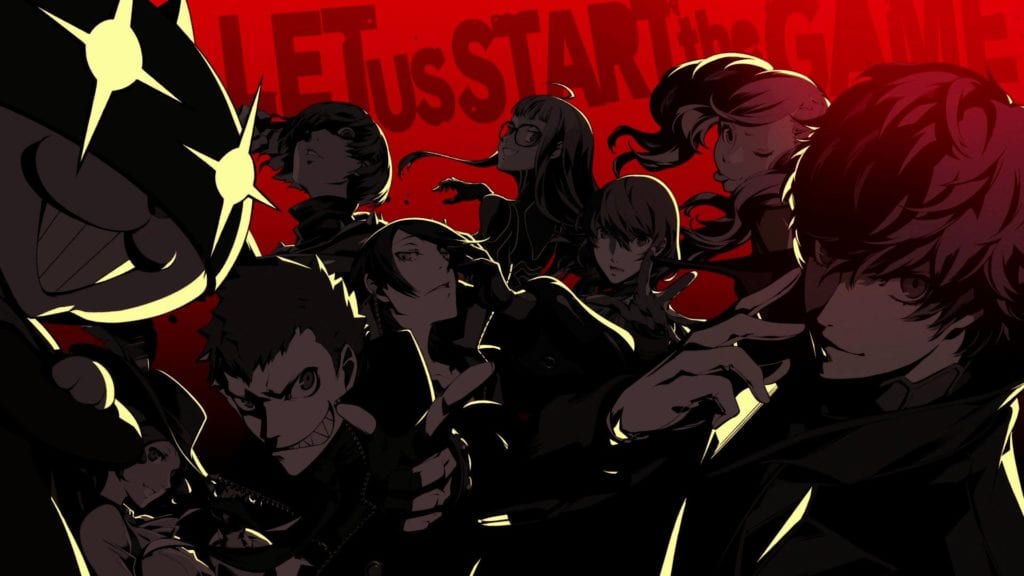 Persona 5 is laden with spoiler-ruined plot twists and reveals, so beyond a few more general points I will avoid any more story unveiling from here on out. The protagonist eventually recruits a number of his peers and together they form the Phantom Thieves of Hearts, diving into the “metaverse,” a realm beyond our own reality – yet still within it – that exists in the hearts of those who have become corrupt. Their goal? To steal the corrupted hearts of those in positions of power and force them to change their wicked ways, with each main chapter’s villain being thematically designed after each of the Seven Deadly Sins. Over the course of the story, the team comes to learn that the events that led to Joker’s transferring to Shujin and the corruption within the metaverse are all linked together, and the writers did a fantastic job weaving all of the story’s many minor threads together within the overarching narrative. Characters as important as those who are recruited into the Phantom Thieves or as minor as teachers and other classmates, and even some of the seemingly random inhabitants of the many districts within Tokyo that you can visit, are all drawn interestingly into the plot and leave one guessing at who else might have an intrinsic role to play. Persona 5 has a built-in relationship system called Confidants, wherein the player may choose to spend time bonding with team members as well as other NPCs to gain numerous bonuses ranging from teammates jumping into the line of fire to save Joker from being KO’d, to learning how to make the finest coffee for a variety of helpful effects when traversing one of the game’s many metaverse palaces.

The third-person adventuring feels natural; the game runs quite smoothly, even on the outdated PlayStation 3 hardware, and the turn-based combat is crisp. Persona 5 is easily the flashiest amongst its peers in the franchise, with everything from the most basic of attacks to spells and special over-the-top finishing moves maintaining a vibrant flash and flair. Even the game’s menus have a propensity for the ostentatious, and every single menu change brings with it a brilliant animation. Series character designer Shigenori Soejima’s characters all stand out as unique, down to each NPC Confidant, and the Phantom Thieves’ metaverse costumes are glorious sights to behold. Cutscenes rival even the most gorgeous of animes and are always a treat for the eyes when they occur, and the game’s hundreds of personas that the player can recruit and create are all uniquely designed as well, with many of the franchise’s long-time standards receiving meticulous visual fine-tuning. To say nothing of the game’s soundtrack would be a great disservice to the series’s composer, Shoji Meguro. The music heavily features upbeat, jazzy tracks with a perfect balance of slow-tempo ones when players are in hub areas, and it is exceedingly easy to get any one of these tracks stuck in one’s head for no short length of time. 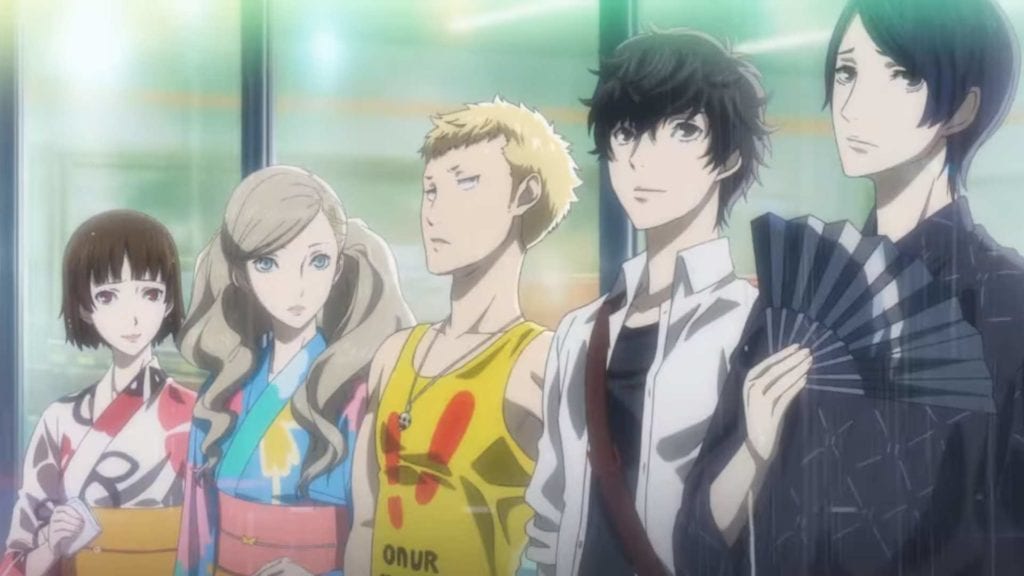 Persona 5 features a number of difficulty settings ranging from Safety to Merciless, with each step up from the former involving ever-increasing damage taken from enemies and less damage dealt to them by the party, along with less experience and money rewards post-battle. Each one of the game’s dungeons, or palaces, comes with a deadline that it must be completed by to avoid an untimely end to the protagonist’s adventure. Within each palace, players must make their way to the treasure and steal it. This sounds simple enough until you realize that it is a multi-step process requiring several dives into the metaverse in order to accomplish your goal. The game simulates each month of the year, and throughout each month the player is given a broad swath of tasks in which they may choose to partake, apart from the main missions of the game. These side tasks include bonding with your teammates and acquaintances in order to earn their Confidant bonuses, participating in various challenges to increase any one of your main skills and allow yourself to deepen, or in some cases start, relationships with those characters. The player also has the option to pursue a dating relationship with one of the games many female characters. This relationship, while having no real effect on the story, does offer some nifty bonuses towards the end of the game.

Combat in Persona 5 is fast and dynamic for a turn-based system, with the game’s jazzy tunes blaring in the background. While in the metaverse, you often have the opportunity to get the jump on the shadows patrolling the palace. This is multifaceted in its positive outcomes, as it allows the party to deal first-strike damage, potentially setting the demons up for an early finishing “All-Out-Attack,” as well as prevent the enemies from spotting the player and sounding an alarm that raises the given palace’s security level. If the security level reaches 100%, then the party is forced to exit the Palace and loses a day to meet their deadline. Should the player attain notoriety within a palace, they may reduce its security level by sneaking around more carefully and completing battles from ambush-initiated attacks. Eventually, when the party has knocked-down their enemies, they will earn new options in battle to “Hold-Up” or “All-Out-Attack,” in which you can attempt to negotiate with the shadows for money, helpful items, or even recruitment as a new persona – or have the entire party gang-up on the downed foes for massive damage in a flashy sequence that I don’t think ever got old for me. 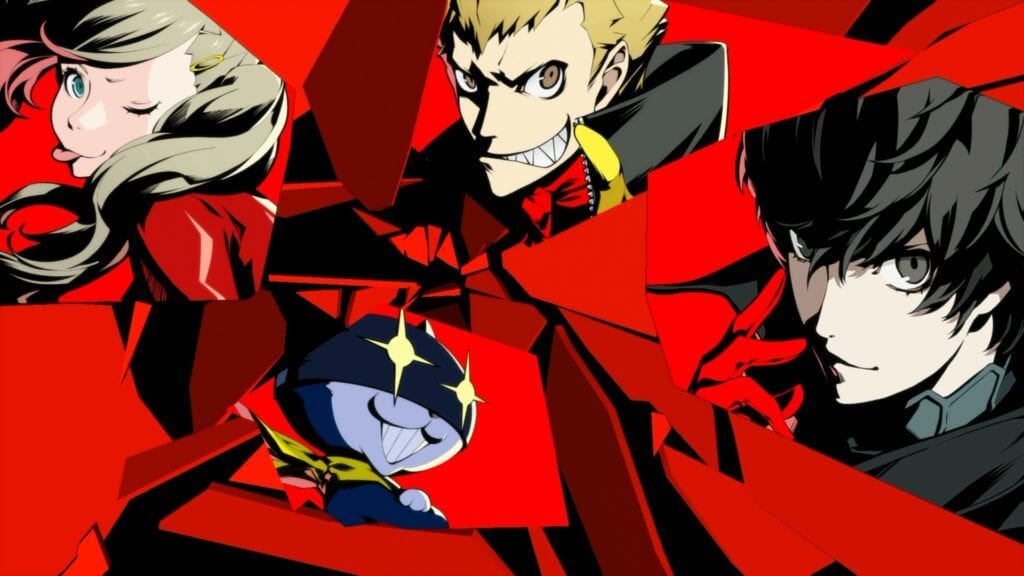 Persona 5 is a gem, not only within its own franchise but the JRPG genre a whole. Every character is interesting and makes you wish you had an unlimited amount of time to see each one of their Confidant questlines through to their zenith, and the overarching narrative is exciting and engaging, something that is increasingly difficult to find within the genre. And while the game’s first few hours are slow as the story is set up and the game teaches you the basic mechanics of daily life in Shibuya, every second afterward is well worth the wait. The Persona franchise is very much like that of Final Fantasy, in that, while the games may take place within the same world, there is no crossover (aside from minor Easter eggs and fan service to delight players of the prior entries); there is no prerequisite starting point for players to enjoy Persona 5. If anything, the finely tuned mechanics of 5 make it the best first entry for players new to the series. If you know what you’re in for with regards to the first few hours of any given JRPG, then Persona 5 is a must play; I can guarantee that it will Steal Your Heart.

ATLUS is no stranger to publishing great JRPG titles, but Perona 5's blend of deep characters, engaging storytelling, finger-tapping music tracks, and easy to get into gameplay makes it a true star amongst even ATLUS' best titles over the years.