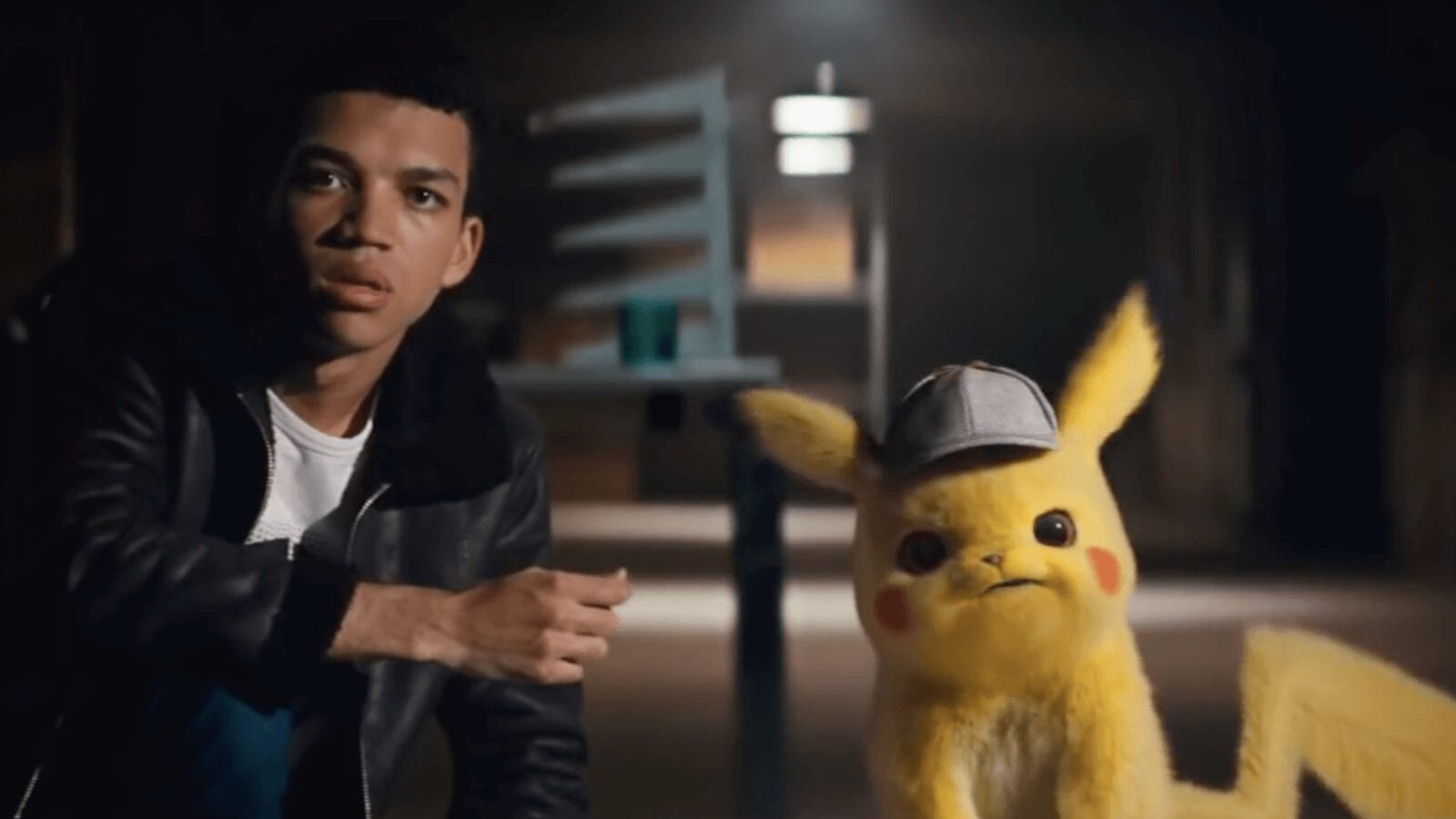 I’ve been a Pokémon fan for most of my life. I’ve played all of the main series games and watched a large majority of the anime. The thought of a live-action Pokémon movie has always intrigued me. I always thought it would be about a young Pokémon trainer starting their adventure; I didn’t expect it to be about a talking Pikachu trying to solve a murder mystery. It made me skeptical knowing that the first live-action Pokémon movie wouldn’t focus on catching or battling Pokémon, and I questioned whether the filmmakers had any idea about what gravitates people to Pokémon in the first place. After watching Pokémon Detective Pikachu, I can say they silenced my doubts. They successfully created a vibrant world where the Pokémon are the stars of the movie.

Pokémon Detective Pikachu follows Tim Goodman. While out trying to catch a Pokémon with a friend, he gets a call from the Ryme City Police Department telling him that his father, Harry Goodman, was killed while investigating a case. He heads over to Ryme City to look through his father’s stuff and finds a Pikachu sneaking around the apartment. For some reason, Tim is able to understand everything the Pikachu says. When Pikachu reveals that he believes Harry is still alive, Tim reluctantly accompanies him to uncover the truth.

The most striking aspect of Pokémon Detective Pikachu is the world. Ryme City is this huge place where people and Pokémon live together. It was fascinating to see how Pokémon fit into that society. We get quick looks at Pokémon working day jobs, while other wild Pokémon roam freely in the city. Battles aren’t allowed in Ryme City, so trainers tend to just walk around with their Pokémon. It makes sense within the context of the world and gives us an opportunity to play the biggest game of “Who’s that Pokémon?” 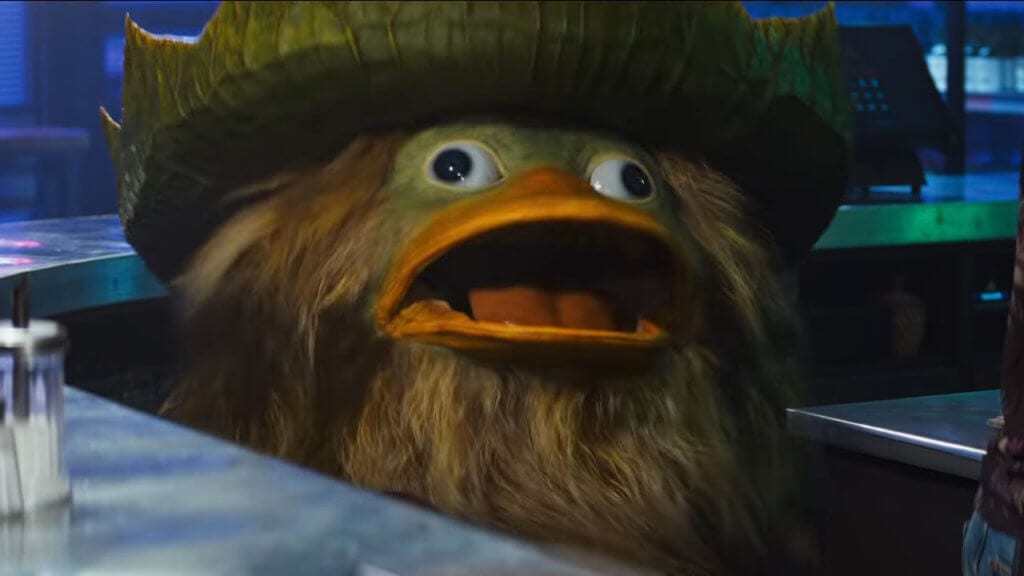 I have mixed feelings about the story of Pokémon Detective Pikachu. I appreciate that they use it as a vehicle for us to explore this world. This is a children’s detective movie at its core, and it’s decent enough that I never felt offended while watching it. There are just a couple of plot points, including the major reveal at the end, that didn’t make much sense to me. The strongest part is easily the first act. The way they establish Tim’s character and how he meets Pikachu are both great. There was an effort here to tell an actual story, and I will commend the writers for that. I just wish some of the execution was better.

The human characters leave a lot to be desired. Tim is the only interesting human in the entire film. His mom died when he was younger, and his father’s work was so demanding that his grandmother ended up raising him. He lives a pretty lonely life now and is against the idea of getting his own Pokémon. His reaction to finding out his father is probably dead is the exact opposite of most people. He’s so detached from his father that there’s this sense of apathy when he’s given the news. The other human characters are barely characters at all and only function as necessities for the plot to progress. 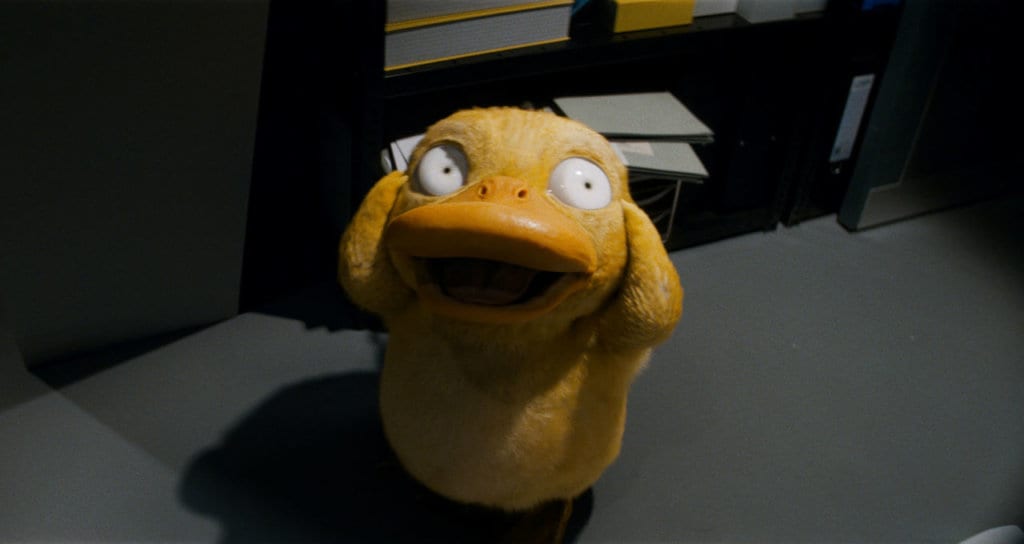 The performances in Pokémon Detective Pikachu are decent enough. Justice Smith is pretty good for the majority of the film. He’s always had this awkwardness about him that made him perfect for this role. The only problem is he has no chemistry with Kathryn Newton. It’s hard to blame him entirely for that because she had the weakest performance in the movie. She’s over the top all the time, and it doesn’t mesh well with a somewhat more grounded performance from Justice. Ryan Reynolds is simply amazing. He makes this movie work with his signature style of comedy. It was also nice to see Ken Watanabe. He gets most of his screen time in the beginning and is part of one of the more emotionally gripping moments in the film.

The Pokémon are the real stars of this movie. Ryan Reynolds’ portrayal of Pikachu carries a lot of this narrative. Pikachu is consistently hilarious, and the non-stop jokes mostly land. I was also surprised that there are so many adult jokes. Kids will miss a lot of them, but the humor gets dark. The supporting Pokémon are also awesome. There’s an interrogation scene with a Mr. Mime that is easily the funniest scene in the entire movie. They show some of it in the trailers, but they leave out the funniest parts. Psyduck is also a welcomed addition to the cast. His mannerisms alone made me laugh. Most of the comedy around him is everyone else trying to prevent him from stressing out because it’s going to give him a headache and cause an explosion of psychic power. It isn’t easy to do because he’s always in the wrong place at the wrong time. There’s also Mewtwo, who plays a big role in the main story. His design is amazing, and his personality is very reminiscent of Pokemon: The First Movie. 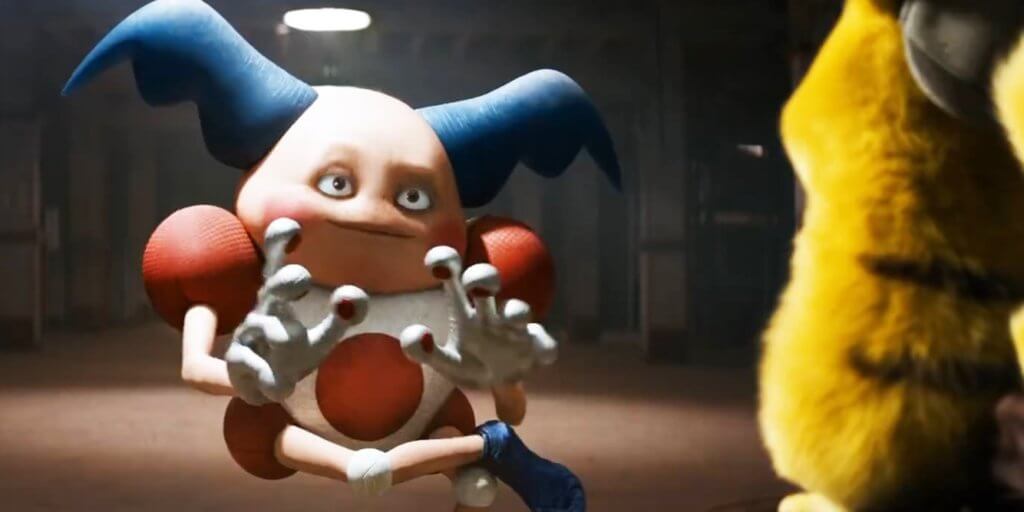 I noticed that even though Pokémon Detective Pikachu is supposed to be a direct adaptation of the Detective Pikachu video game, they took a lot of influence from the Pokémon anime. The idea of Psyduck having these headaches is ripped directly from Misty’s Psyduck in the show. Mewtwo’s characteristics and demeanor are very similar to how he was in the first animated movie. Their decisions of what Pokémon to feature heavily in this movie are largely influenced by the anime. Charizard is the most popular Pokémon from that first season not named Pikachu, so having him involved in one of the few battle scenes of the movie made a lot of sense. We also get multiple looks at Pokémon like Treeko and Greninja. They are both starter Pokémon that Ash picks up in the anime when he goes to the Hoenn and Kalos regions. There’s a quick scene of a Jigglypuff singing into a microphone that looks suspiciously similar to the marker that Jigglypuff sings into in the first season of the anime. There are even two occasions where the Pokémon theme song is played. This may be a video game adaptation, but the anime has its fingerprints all over it.

Pokémon Detective Pikachu is a fun ride. It feels as though they tried their best cater to the longtime fans of the franchise without alienating potential newcomers. They crafted a beautiful world and stuffed as many Pokémon in it as they could. The comedy is so unexpectedly good that it makes up for a silly, generic plot that, near the end, doesn’t make any sense. This is a family movie that has something for all ages.

Pokemon Detective Pikachu is fun experience. A cast led by Ryan Reynolds is able to tap into the qualities that make Pokemon a special franchise, despite a lackluster story.