Rambo: Last Blood picks up years after John Rambo returned home at the end of Rambo (2008). He’s living on his farm, raising horses with his niece, what little family he has left. When she’s kidnapped over the border in Mexico, Rambo has to go to war to get her back and take revenge on her captors. I was really looking forward to this film, as soon as the first trailer dropped, it became one of my most anticipated movies of the year. I’m a big fan of the franchise, particularly part 1, as its one of my top 25 favorite films of all time. Does Last Blood live up to the series and its aging star?

Sylvester Stallone is back and firing on all cylinders. He gives a truly strong performance in Rambo: Last Blood, as he relentlessly hunts for the people who took his niece, and while some of the dialogue can be cheesy and sometimes doesn’t land, Stallone gives every scene his all, and he moved me a couple of times. He’s also INCREDIBLY intimidating in this film; there’s a scene involving him showing up to a character’s apartment that had me on the edge of my seat, and I believed every second of it, despite his age. He’s also quite believable in the action scenes, although he’s not asked to do as much as in previous entries. But when it comes time for him to get physical, he performs quite well, he and impressed me greatly. Yvette Monreal does a solid enough job as Rambo’s niece, Gabrielle, although she has a couple of moments where her lines land flat. She has a good number of emotional scenes, and she handles those really well, especially after being taken and sold into sex trafficking. There are some truly harrowing scenes involving her, and they all work because her performance is strong. I just think she isn’t given much interesting to do in some scenes, aside from some tenuous-at-best setup for her relationship with Rambo. Her chemistry with Stallone is good though, and it kept some of their scenes interesting and even somewhat emotionally investing. Paz Vega is in this movie… as an exposition machine. She isn’t given much to do, any emotional context for her character is just established in throwaway lines, and she only serves to lead Rambo to the places he needs to go. Adrianna Barraza does a good job as Gabrielle’s surrogate mom (or whatever she is; honestly I don’t even remember them mentioning her relation). She has some strong emotional scenes, particularly after Gabrielle is taken, but she isn’t in much of the movie, as big chunks of it are in Mexico or without her in general. The villains, played by Oscar Jaenada and Sergio Peris-Mencheta, are suitably evil and vile, but they’re dimensionless and one-note. They’re just bad people through and through, and while its possible that people like them exist, just having evil characters with zero dimension isn’t very interesting, and it doesn’t give the actors a lot to do aside from being horrible.

Narratively, Last Blood feels the least RAMBO to me of the five films, and it doesn’t feel like it needs to exist. It’s not like the story is bad; it functions fine enough, but it’s got some big issues, and its finale isn’t as satisfying as I think anyone was hoping it would be. First off, the story feels rushed, truncated for a 90-minute runtime. For what the filmmakers were trying to accomplish here, the film is too short, the pacing is too quick, and their priorities are a bit out of whack. They want us to care about and believe in the relationship between Rambo and Gabrielle as if they’ve been thick as thieves for 11 years. The problem is that Last Blood is so concerned with getting us to the kidnapping and Rambo’s subsequent revenge that they rush through this important relationship in maybe two scenes with little substance. We get throwaway lines here and there about how much Gabrielle appreciates Rambo and will miss spending time with him when she heads off to college, but we’re told more than we’re shown. I don’t know about you guys and gals, but I’d rather a movie show a relationship than explain it through dialogue. That’s not to say that there aren’t good moments between them, because there are. There’s definitely a dynamic brewing under the surface, where you can tell that Rambo thinks of her as more his daughter than niece (he even refers to her as such), but it’s not delved into enough and, as a result, the more emotionally rich scenes don’t pack the punch they should. Once she’s kidnapped, the film runs at a breakneck pace, with Rambo beating the piss out of people, brutally breaking bones and swinging blunt objects. Within this portion, however, we see something we don’t usually see in the franchise: Rambo gets his ASS handed to him (this scene is in the trailer), and this could be one of the best parts of the film if it actually affected him afterward, but they do away with it with a couple of scenes of recovery. This is where Vega’s character, Carmen Delgado, comes into the mix, and she just drops exposition. Most of this movie, as many have already pointed out, is basically Taken but way more brutal (and better; Taken is overrated anyway). This is where the violence comes into play, and where some of the complaints others have stated come in. 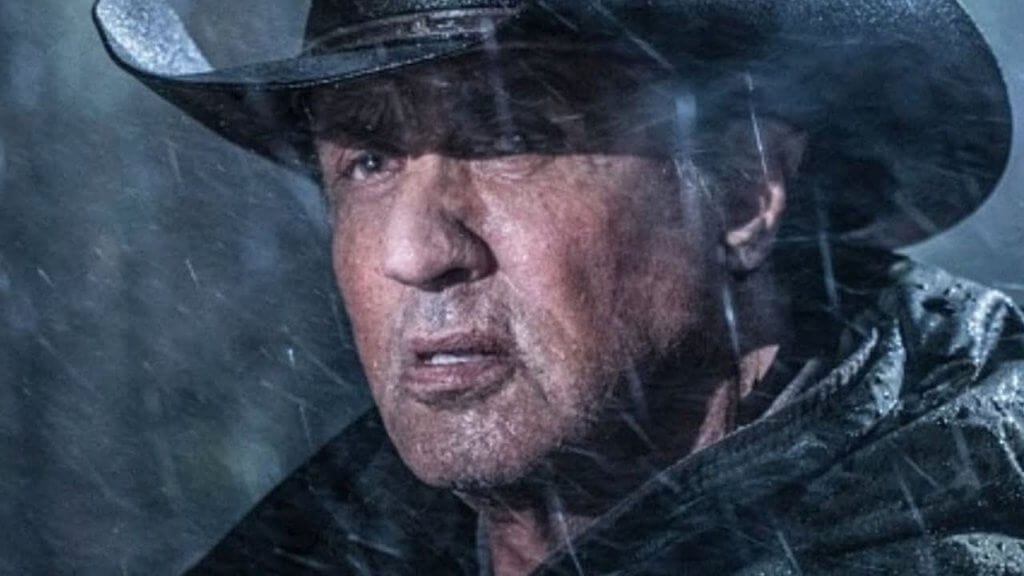 Rambo: Last Blood is brutally violent, with Rambo blowing people’s heads off, cutting legs off, and stabbing them through their skulls with sharpened pipes. It’s a demented and deranged kind of violent. That being said, Rambo (2008) was also exceedingly violent, so I don’t know how anyone was surprised. Now, do I have anything wrong with this film having graphic violence? Fuck no; it’s a Rambo movie. They make the villains so inhumane that I don’t really feel all that bad when these disgusting things happen to them. What I do have a problem with is specifically how I feel some of the violence clashes with the tone of the film. You see, the director and writers (Stallone among them) attacked Rambo: Last Blood in a very gritty and grounded way. That’s great! I love it, and I think that was the best way to tackle this material. That being said, some of the traps and things that Rambo does, while entertaining to a degree, clash with that tone. The final kill, in particular, is just stupid and on the nose. I’m very aware that Rambo used traps in the first film, but those were much more restrained and realistic, keeping in step with the tone of First Blood.  It just feels really jarring when you go from this super serious action-drama to Home Alone with buckets of blood, which the first film IS NOT. That’s not to say all the action conflicts with the tone; I’ll say that there’s one sequence involving Rambo and a brothel that had me by the throat, and it was fantastically helmed. All of the action is clear and distinguishable, and it’s entertaining to watch, and seeing practical gore back in an action film makes it better too, although there is definitely some CGI blood from time to time.

Rambo: Last Blood is supposed to be the final Rambo film, and honestly, the ending is a bit of a whimper. Rambo (2008) made sense as a bookend for the franchise. In First Blood, Rambo comes home from the Vietnam War, but he never REALLY came home. He was suffering from PTSD, from losing his friends overseas and back home, being truly alone in a country that no longer wanted him. He went back overseas to isolate himself from his home because of that, and at the end of the fourth outing, he not only returns to America, but to his family home. He’s letting go of the baggage and literally and metaphorically coming home. That’s a wonderful ending for the character. So why did we get Rambo 5? During the film, he’s still dealing with the anger he was feeling before the end of part 4. Not only are the villains forcing Rambo out of retirement, but it feels like the creatives just wanted to make another Rambo movie, so they dragged the man back into the war he finally left behind. I’m aware that they had the idea for this film before they even made 4, but making this AFTER 4 makes it feel superfluous to me. 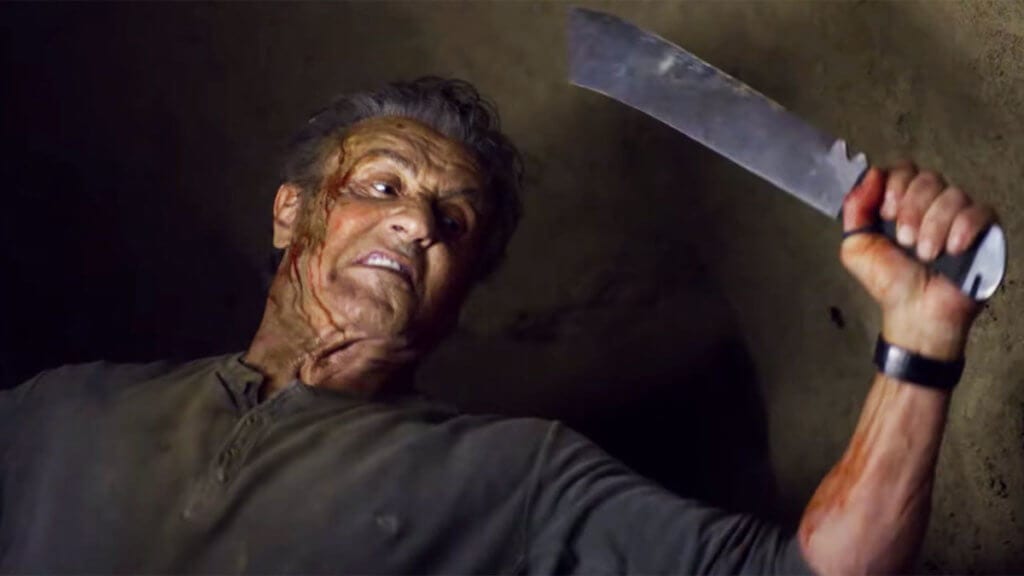 Visually, Last Blood looks pretty good for the most part. The Arizona vistas are pretty, and the color palette definitely lends to a more Western and earthy feeling film. The cinematography, while not award-winning or anything, looks good. Where this film fails a bit visually is in its use of green screen in vehicles. It dragged me out of the movie more than once and it’s very noticeably cheap-looking. The first film only cost $15 million to make, and this one cost $50 million. Now, that’s low by today’s standards, but First Blood looks leagues better than this, in shot composition and effects. I’ll say that, for the breakneck speed they wanted, this film is well-edited, and I was never once bored or felt it dragged. Brian Tyler’s score is a highlight of Rambo: Last Blood. Tyler also scored the 2008 film and is one of the more underrated composers working right now, and his work here might be even better than his previous effort, which was already awesome. The emotional themes are a real selling point and help push certain scenes to move me more than they might have. His action composition has always been top-notch, and here isn’t any different. He adds some excellent punch to each sequence, and it kept my knee bouncing and my ass on the edge of my seat. The sound editing and design is pretty excellent though. Gunshots and bone crunching had me wincing in my seat, and there were sequences in crowded areas where I thought people were talking near me; I even turned my head in the theater. Last Blood is going to have a helluva Dolby Atmos track.

Is Rambo: Last Blood a straight-up bad movie? No, not really. I can’t lie and say that I’m not disappointed, though. I think they had some good ideas, and I like a lot of the aesthetic choices, but this doesn’t really feel like it needs to be part of the franchise, and for all its attempted ideas, it rarely follows through on any of the best ones. Oddly enough, though, I want to see it again, just to give it another go. I love this character, and Stallone is my favorite old school action star. That being said, they should have let Rambo rest after the fourth film.

What did you think of Rambo: Last Blood? Let me know in the comments below! Stay nerdy everyone!

Rambo: Last Blood is an entertaining and flawed, if superfluous entry to a franchise that ended well enough ten years ago. 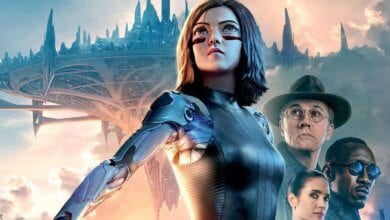 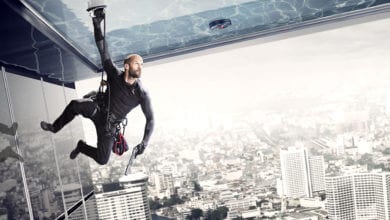 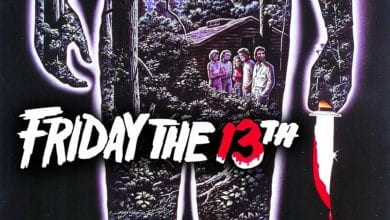