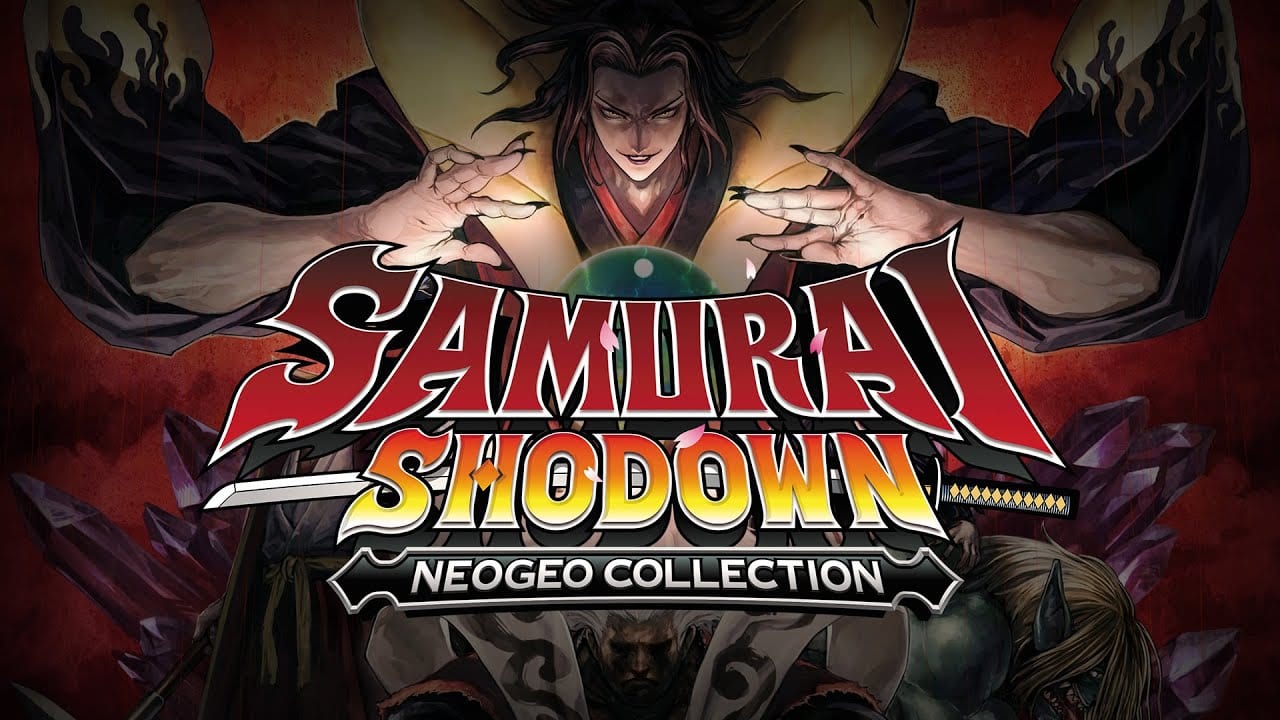 The beginning of the 21st Century was hard for SNK, the company that became the Rolls Royce of console gaming during the early years of the ’90s with their NeoGeo AES. This system was the first one to bring the arcade experience into your living room by literally making game cartridges out of their arcade boards. This, of course, resulted in a very expensive entertainment system most couldn’t afford. Sadly, we missed out on some of the best games of the time. Sure, ports of SNK classics like Fatal Fury Special and Art of Fighting 2 by Takara were available on the SNES, but a lot got lost in translation. This wasn’t more true when it came to Samurai Shodown, the game that really put the company on the map, competing on the same level of titans such as Capcom’s Street Fighter II and Midway’s Mortal Kombat. Samurai Spirits, as it was named in Japan, entered the fighting game arcade scene with a bang, rebuilding everything we loved from the genre and adding a very brutal Edo-period flavor while combining the best of what Art of Fighting, SFII, and MK brought to the table; a polished game system, superb character design with massive, gorgeous sprite art zooming in and out, and flashy brutality. Plus, it introduced concepts like using weapons somewhat realistically in a fighting game and the use of pets in battle. It’s hard to explain it to people who were too young or not even born at the time, but the first Samurai Shodown was a massive hit. Japan’s Gamest magazine awarded Samurai Shodown with Best Game of 1993 as well as being the first to win in the new category “Best Fighting Game.” It placed first in Best VGM, Best Album, and Best Direction, plus second place in Best Graphics. Nakoruru placed No. 1 in the Best Character ranking. SamSho won some awards from Electronic Gaming Monthly as well in 1993, including Best Neo-Geo Game, Best Fighting Game, and Game of the Year. European Computer Trade Show named it its “Game of the Year” in its 1994 edition.

But wait, there’s more! If you thought the first SamSho was a high point of the franchise, Samurai Shodown II improved absolutely everything from the previous game. It had polished gameplay, a large roster of characters, new and improved sprite art; it introduced the first proper superpower gauge, functional evasive moves, and the first parry (counter) system in a fighting game. These have become genre standards used to this very day. EGM gave the NeoGeo AES of 9/10 and the Game of the Month title upon release. It later ranked it #4 in the 1995 EGM’s “Hot 50,” higher than any other fighting game. Retro Gamer notes:

“…this incredible game proved that SNK was willing and able to challenge genre conventions and go toe to toe with Capcom in the fighting game arena. The heated competition between the two companies would last through the decade and beyond as both companies tried to out-innovate each other with each new release.”

Now that we’ve established the importance of the franchise, it’s time to talk about the new collection itself. There were other Samurai Shodown games for the NeoGeo AES that are interesting and innovative in their own right, but none had the impact these first two entries had. SamSho wasn’t just competing with the games of other companies at the time, but it was also competing with SNK’s own roster of games. In 1994 alone, Art of Fighting 2 and The King of Fighters ’94 were released as well, the last one taking the place of SNK’s flagship title as it was the first crossover fighting game and a staple of the genre for years.

Samurai Shodown NeoGeo Collection was released for free on the Epic Game Store on July 11. This was probably a marketing move to promote the PC version of Samurai Shodown (2019) – which is not exclusive to the Epic Games launcher, and it has been released for arcades, PS4, X-Box One, Stadia, and Windows – and online gameplay, with the important mention that the Samurai Shodown NeoGeo Collection features crossplay between Epic and Steam (and, hopefully, the game will be added to the GOG.com launcher as well; it hasn’t been announced as of the writing of this review).

Developed by Digital Eclipse, the team responsible for the Street Fighter 30th Anniversary Collection, was in charge of this compilation as well. However, some features are different. The SF collection has training modes, but the SS one doesn’t. Conversely, every game in the SS collection features online matchmaking, while only three games of the SF collection have it, plus the aforementioned crossplay capability on PC. 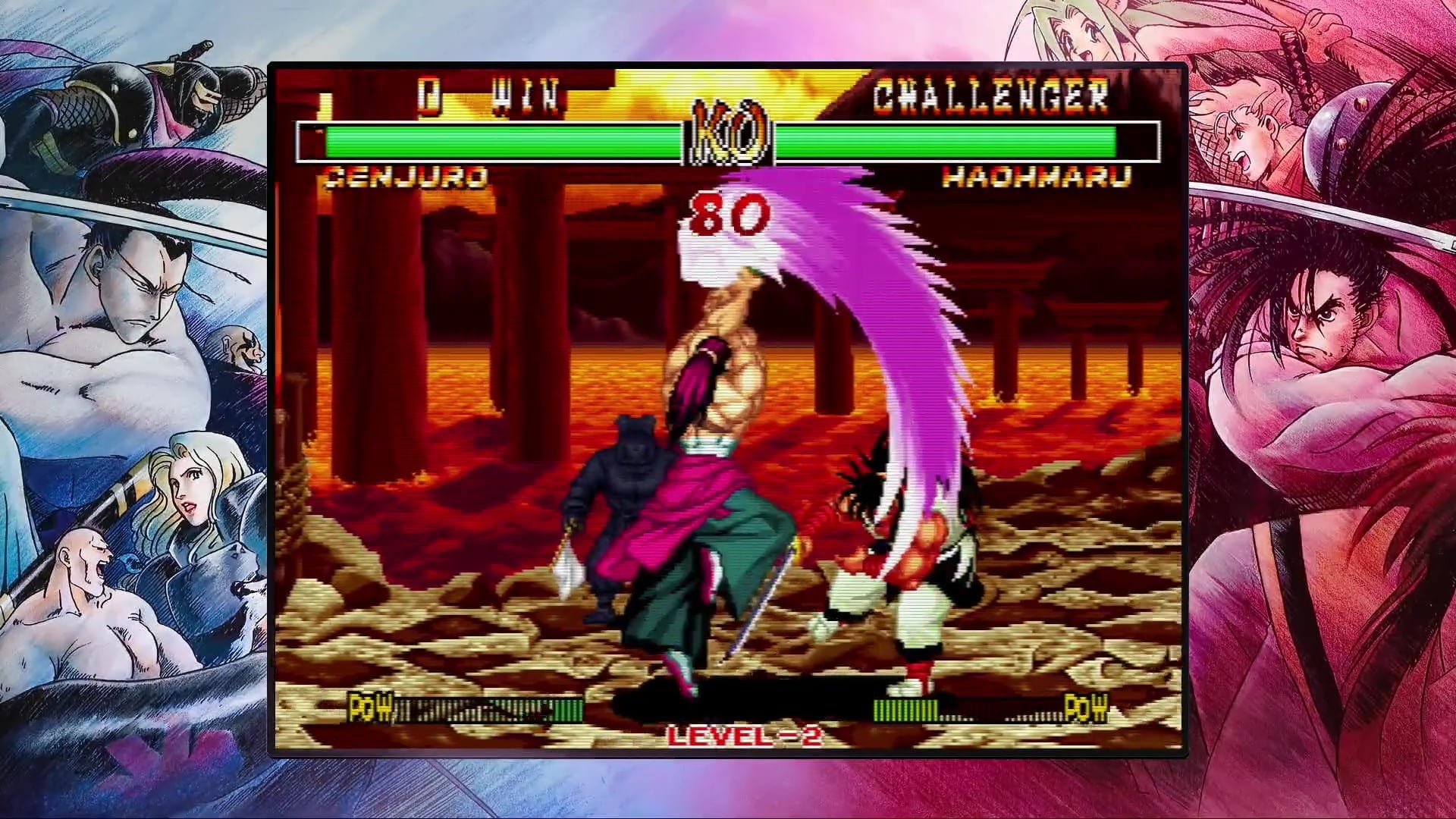 It sounds like SamSho beat Street Fighter in the online department, but, in reality, both games suffer quite unstable netcode, rendering this apparent advantage mute and something they should be fixing for both games. But, to be clear, the Samurai Shodown NeoGeo Collection has been getting constant updates, and it has improved little by little. Since this title is mostly for SNK nerds, it is a very important aspect that the multiplayer experience is as polished as can be. Most of us already know by heart the single-player experience and, well, let’s just say having your friends over for couch matches just got a tad more difficult.

The strengths of the collection as is – on top of the arcade experience brought into our homes like never before – are the extras meant for the single-player. The museum has both an in-depth history and a collection of artwork illustrating everything SamSho through the years, including the history of games not included in this compilation like Samurai Shodown RPG. Plus, you have a jukebox to play the music of the included games and hours of video with interviews of the Gumi team telling their story as developers of SamSho. That certainly is something the hardcore fighting game nerds will appreciate bundled with the games.

Finally, it’s time to talk about the game that was the stuff of legend for so many years, Samurai Shodown V Perfect. While it is really appreciated to have this piece of gaming history now widely available, it doesn’t live up to the hype at all. It just marginally enhanced the story of the arcade progression, but at the expense of other aspects of the game such as the fatalities and even some character frames. In my humble opinion, V Special is the better version of the game.

While the FGC will surely appreciate these classics in their original form and the extensive extras, without a strong online experience, the replayability – very important in fighting games – wears thin fast.

Samurai Shodown is one of my favorite fighting games on NeoGeo.
Thank you for reviewing this game.

Oh wow! This article really takes me back. Thank you for the review! You added many historical details of the franchise that I never knew about.

Don’ mention it, man, glad I could provide some newish info about the franchise!