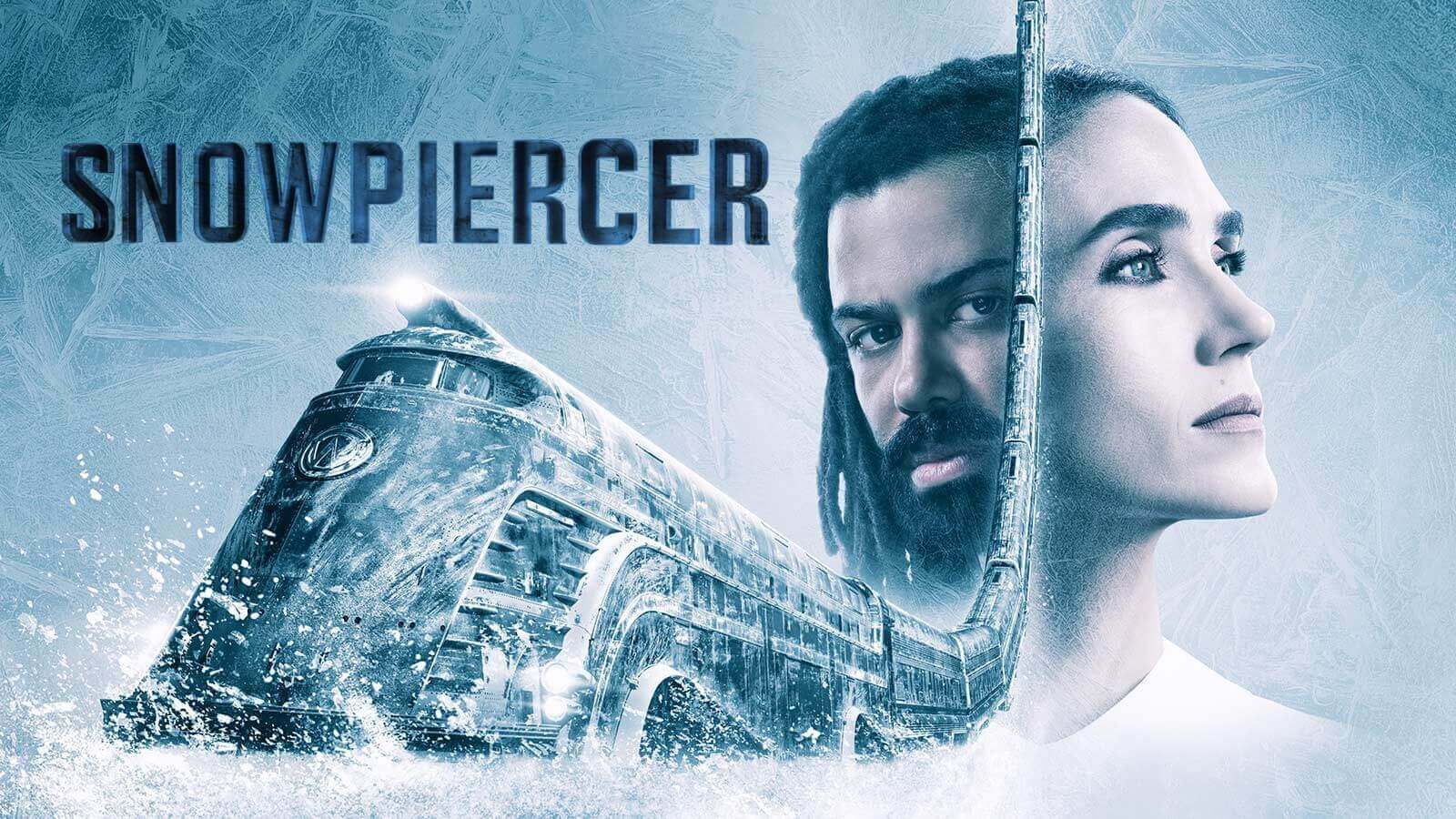 Tomorrow Studios is a company I’ve been following ever since I heard they were going to make adaptations of Cowboy Bebop and One Piece. When I found out they were behind this new adaptation of Snowpiercer, I knew I had to check it out. I finally moved Bong Jong Ho’s 2013 film up to the top of my watch list so I could get a sense of what I was in for. While I appreciated the work the Oscar-winning filmmaker had done on the film, the thing that oddly kept drawing me back to the TV adaptation – aside from Tomorrow Studios’ involvement – was all the problems behind the scenes with this show. I’d been a huge fan of Josh Friedman and was looking forward to what he was going to do here, so when Orphan Black’s Graeme Manson took over, I was optimistic, albeit a bit disappointed, which was compounded by Scott Derrickson’s acrimonious exit. With all this in mind, I began watching the pilot, hoping things would turn out alright. So, is this show worth buying a ticket? Let’s find out.

“First, the Weather Changed” opens on a montage that briefly shifts between live-action and animation, as we hear a narration from Daveed Diggs’ Andre Layton explaining how Mr. Wilford’s creation of Snowpiercer became necessary seven years ago: The scientists tried to reverse environmental problems and only ended up making things worse. Layton and others clamor to get on the train before it departs, and chaos ensues. While he manages to get on board without a ticket, he is relegated to the tail, forced to live his life in squalor. After the credits, we see Jennifer Connelly’s Melanie Cavill preparing to talk to the passengers as she updates them in her function as the voice of the train and head of hospitality. We then see Daveed Diggs’ Andre Layoton plotting with other people of the tail – referred to as “Tallies”– to cause another uprising. Layton is cautious, however, due to the sixty-two lives that were lost during another attempt a few years prior. But aspiring leader Pike disagrees, as things have continually gotten worse in the tail, to the point that people are being sterilized, the last birth in the tail having occurred five years ago. Layton relents and finally agrees to help. Meanwhile, Cavill is checking in with the upper class at the head of the train, with one passenger lamenting that the Europeans refuse to cover up in the bathhouses, and responds to some rumored about the brakeman (security) having to deal with a problem. Cavill tells Alison Wright’s Ruth Wardell to get Layton, who was, of course, a detective before the freeze, to help solve the case.

Snowpiercer should be right up my alley, thanks to the combination of my two favorite genres, sci-fi and the crime procedural. Yet from the moment Layton interacts with Mike O’Malley’s  brakeman Roche, through his encounter with an old flame, and his subsequent attempts to broker a better arrangement for the tail, it all feels at turns disjointed or perfunctory. Without knowing the behind-the-scenes turmoil, I might have brushed this off as typical pilot problems, but  it feels like the issues are deeper than that. Both the graphic novel series and the film versions of Snowpiercer were master classes of storytelling and worldbuilding. Thus far, it feels like only one half of that equation is marginally being served. I’m genuinely curious to see what the world of Snowpiercer the show has to offer beyond the drawers (basically jail for people on the train) and a tired class system cliché. The latter has been done far too often, with Downton Abbey, Spartacus, and Elysium are only recent examples. Having Layton play both sides is too predictable, and it’s obvious how that’s going to end. The same can also be said of Cavill. While we end with an interesting reveal concerning Cavill and her double-life as Mr. Wilford, it didn’t raise my excitement for next week. Unfortunately, the few good performances do little to help the proceedings, regardless of how well the actors work with what they are given.

I’ve been following several of these actors for a long time; Daveed Diggs since I saw him in Hamilton, Jennifer Connelly going back to 2003’s Hulk, and Mike O’Malley from Glee. I love how Diggs seems to cast a cynical eye on Cavill and Roche’s demands, almost leaning into a bit of the classic gumshoe archetype. In addition, Connelly’s performance is incredibly nuanced, with Cavill maintaining an almost maternal sensibility amid the chaos of the tail that is unsettling. In many ways, her portrayal of Cavill serves as a reminder of the various masks we wear in our lives and the importance of being flexible in any given situation. Special mention must also go to O’Malley, as he tries to maintain the order of the society that, in Roach’s mind, Layton represents. While Mickey Sumner’s Brakeman Till is being built up as Layton’s partner, I liked what little we saw of Roche’s dynamic with Layton. Hopefully, we’ll get to see a bit more of that in future episodes. Unfortunately, these impressive performances do little to enrich the bland storytelling. I’d love to see Friedman’s original script because this mishmash vision of the story brings down what could be a truly inventive show. I loved Manson’s work on Orphan Black, but none of that innovation seems to have transferred over to Snowpiercer. The same could be said of director James Hawes, of whom I’ve been a fan since his exemplary work on Merlin. While the direction is adequate and gives the Tail an appropriate claustrophobic feel, I’d like to know how much of Scott Derrickson’s work ended up on the screen.

Overall, Snowpiercer’s opening salvo is significantly below average. While there are some interesting ideas at play here, the standard procedural format doesn’t bring enough heft to make the show stand out. That being said, thanks to the decent performances, I’m curious to see where the show goes next. I just hope there’s enough in the rest of the season to keep audiences coming back.

Overall, Snowpiercer’s opening salvo is significantly below average. While there are some interesting ideas at play here, the standard procedural format doesn’t bring enough heft to make the show stand out. That being said, thanks to the decent performances, I’m curious to see where the show goes next. I just hope there’s enough in the rest of the season to keep audiences coming back.