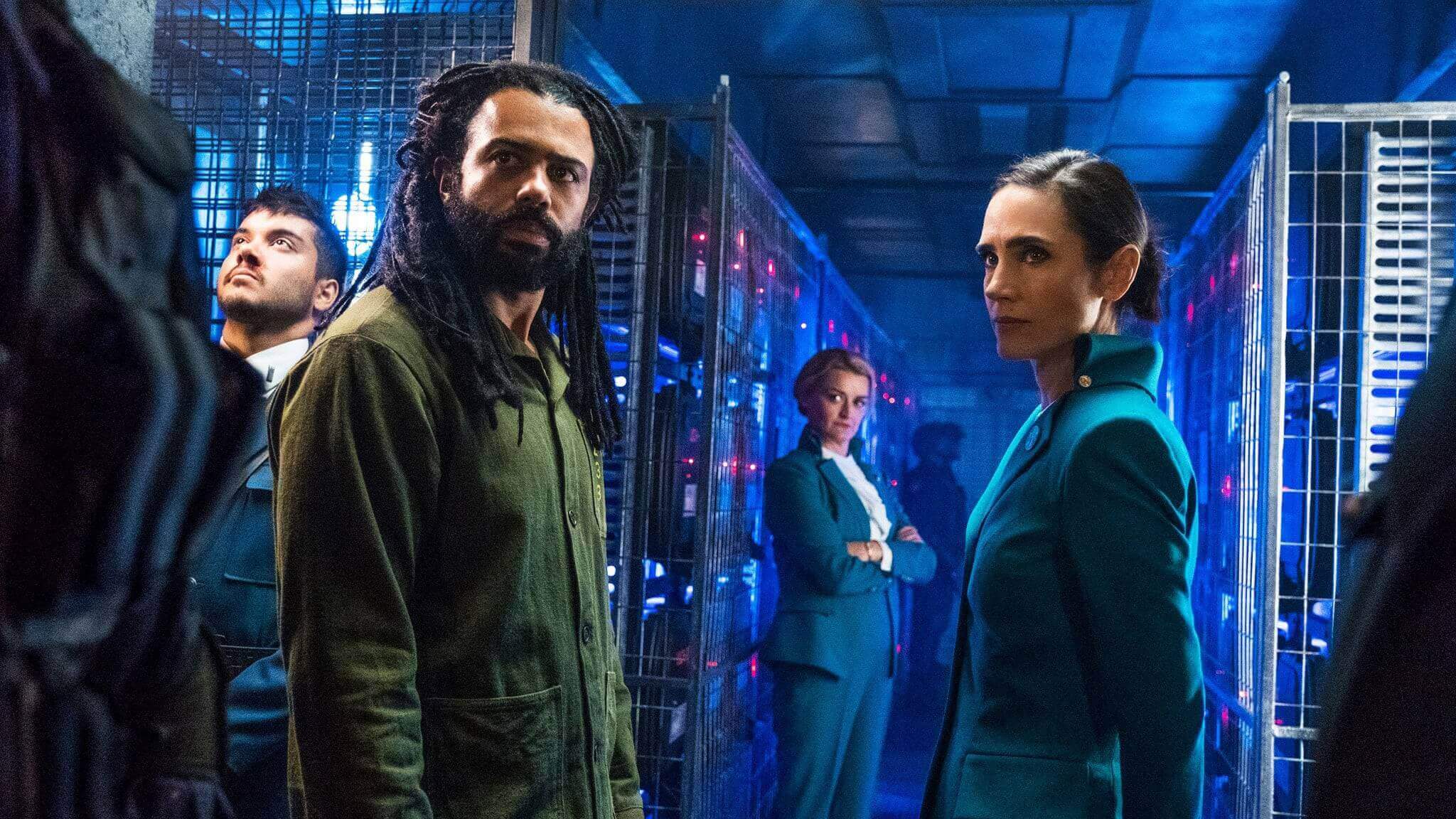 After last week’s subpar premiere, I was hoping that Snowpiercer would pick up. I also hoped Brakeman Bess Till would have a bit more to do here and avoid being overshadowed by her superiors. Since the writers are building her up as Layton’s partner, she should be more fleshed out. So, did “Prepare to Brace” do any better this week? Let’s find out.

“Prepare to Brace” opens with a narration from Josie as Wardell tells the tail that a little girl is going to lose her arm due to last week’s rebellion. The girl’s mother then takes her place, which impresses Wardell, as someone is finally taking responsibility. This is inter-cut with Cavill sentencing several people responsible for the rebellion to the drawers for an indefinite period of time as Layton and Roache watch. After the credits, we see Cavill in her quarters – giving us a glimpse at her personal life in the form of some pictures – before she goes down to the engine. Ben and Javi make banal small talk with her that serves more to catch people up than to establish a rapport between the characters, or even to further the plot in any meaningful way. As Cavill wishes the train a good morning, Roache brings Till to Layton, and the two new partners bicker. “Prepare to Brace” continues as Cavill tries to allay the growing fears in first class. A former lawyer offers her services if she knew more about the case, but Cavill reminds her that the information is privileged and tells everyone to stay seated and – you guessed it – “Prepare to Brace.” Meanwhile, Layton and Till question the man who found murder victim Sean Wise’s body, Carter. He is immediately hostile toward Layton, referring to him as a “tailie detective.” After Layton corrects him, he asks that Carter run through what happened again. Carter says he was doing routine checks when he discovered the body. After they’re finished with Carter, Till reminds him to stay on point and that he’s going to have two hours for the autopsy. Layton says they’ll be heading to the night car next. Elsewhere, Cavill meets with Doctor Klimpt, who is having trouble bringing Nikki – who may or may not have been wrongfully convicted of a previous murder – out of stasis. He asks Cavill to ask Mr. Wilford for more time.

“Prepare to Brace” was a marginal step up from last week, though it was difficult to make that case for most of the episode. To me, it felt very plot-driven that Layton got a chance to talk with his ex-wife Zarah as Till was forced to wait outside. While it was nice to see a bit of Layton and Zarah’s backstory, I really couldn’t get over how clichéd it was. The scenes played out as some weird foreplay, and the fact that she gave Layton the tip about Sean being the mole did little to make this exchange work. Things got even worse when it came to the autopsy, as Layton discovers signs of torture. I’ve been seeing a lot of people talk about how the show is just too dark, but to me, this was just shock value with little narrative purpose. Having the butchers engaging in cannibalism only amplified these problems. I’m all for shows going in an edgier or darker direction, but it feels far too much like Snowpiercer is trying to compete with the HBOs of the world, which is a mistake. TNT has already proven they can handle sci-fi with Falling Skies, so I don’t understand the need for superficial darkness. This is especially difficult whenever the actors try to make a joke, which creates an uneven tone throughout the episode.  That being said, the ramifications of the avalanche and the loss of resources, including a large amount of beef, was fascinating, and I’m wondering how people outside of the tail having to deal with this will play out in the weeks to come. Will more of the train be supporting the tailies going forward? Given Layton’s efforts in “Prepare to Brace,” I’d say it’s a possibility, especially if we find out some of the secrets that Sean may have spilled as a result of his torture. Whether the people should have access to information is an evergreen subject, and is a particularly biting commentary now, in the age of social media, but the muffled storytelling makes these concepts far less effective.

Unfortunately, most of the performances were another problem for the show, particularly Mickey Sumner’s Bess Till. As I said above, I was hoping that Till would be fleshed out some more since the show, for better or worse, was going to rely heavily on the chemistry between Till and Layton. Unfortunately, every scene the two had  in “Prepare to Brace” was awful, with Diggs carrying each one through Sumner’s wooden performance. I get that she was trying to embody the cop archetype, but while this seems to work fine for Diggs, it doesn’t really work for her; a bad impression of Harrison Ford’s Rick Decker came to mind several times. I also wasn’t pleased that Mike O’Malley’s Roache was treated like a glorified extra here, which makes me wonder if this cast is a little top-heavy. The one bright spot to this episode – aside from Daveed Diggs – was Jennifer Connelly. The balance she brings to both the voice of the train and Mr. Wilford is fantastic and is one of the few reasons why I’m still interested in this show. I just wish the story was better executed. Writer Donald Joh does a decent job of moving the story forward towards the end of the episode, but the procedural aspects of Snowpiercer really need to improve.

“Prepare To Brace” is another speed bump for this TV adaptation. With a muddled storyline and wooden acting, this was a real slog to get through. However, with the ramifications of the avalanche and Jennifer Connelly’s great performance, I’m hopeful this train is on its way to somewhere halfway interesting.

"Prepare To Brace" is another speed bump for this TV adaptation. With a muddled storyline and wooden acting, this was a real slog to get through. However, with the ramifications of the avalanche and Jennifer Connelly’s great performance, I’m hopeful this train is on its way to somewhere halfway interesting.