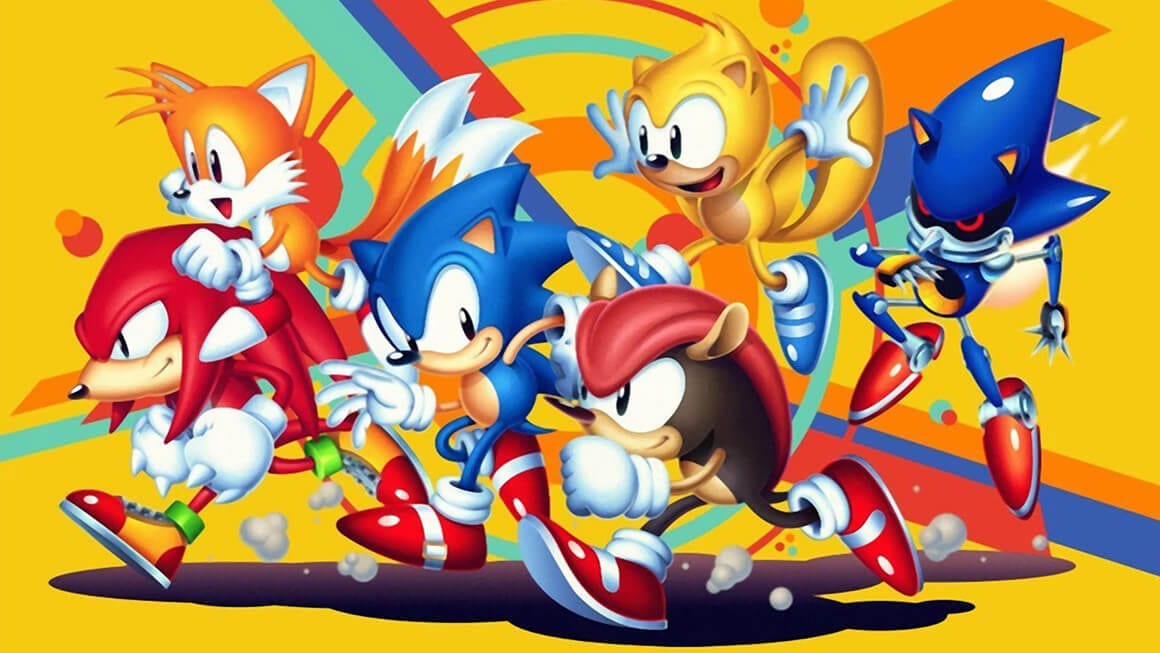 “SEGA does what Nintendon’t.” With that little quip, and the introduction of the robot-busting, spiny-headed mascot that followed, video game console fans were forever changed. Nintendo’s iron grip had dominated the home video game console market for years, and why wouldn’t it? How could anyone hope to compete with Mario and his colorful cast of co-stars that followed him in his Mushroom Kingdom adventures? In the summer of 1991, publisher SEGA found the answer in a blue speed-demon they dubbed Sonic and released their new mascot’s titular game, aptly titled Sonic the Hedgehog. That 1991 release would be the first of many, as players were instantly captivated by Sonic’s fast and responsive platforming controls.

Sonic brought something new to the already popular, and somewhat over-represented, platforming genre with his blistering speed and technical platforming. Gamers would blast through the game’s various, colorful levels while collecting magic rings in a mad dash to the finish line. Along the way, players could seek out secret bonus levels and, upon fulfilling certain conditions, be rewarded with a Chaos Emerald; collecting seven of these would allow Sonic to achieve a Super Sonic state in which he would be invincible for a period. The concept was simplistic enough, as were many games of that era, but the hedgehog’s growing cast of colorful allies endeared the character to gamers the world over and created a “Sonic Mania” of sorts. 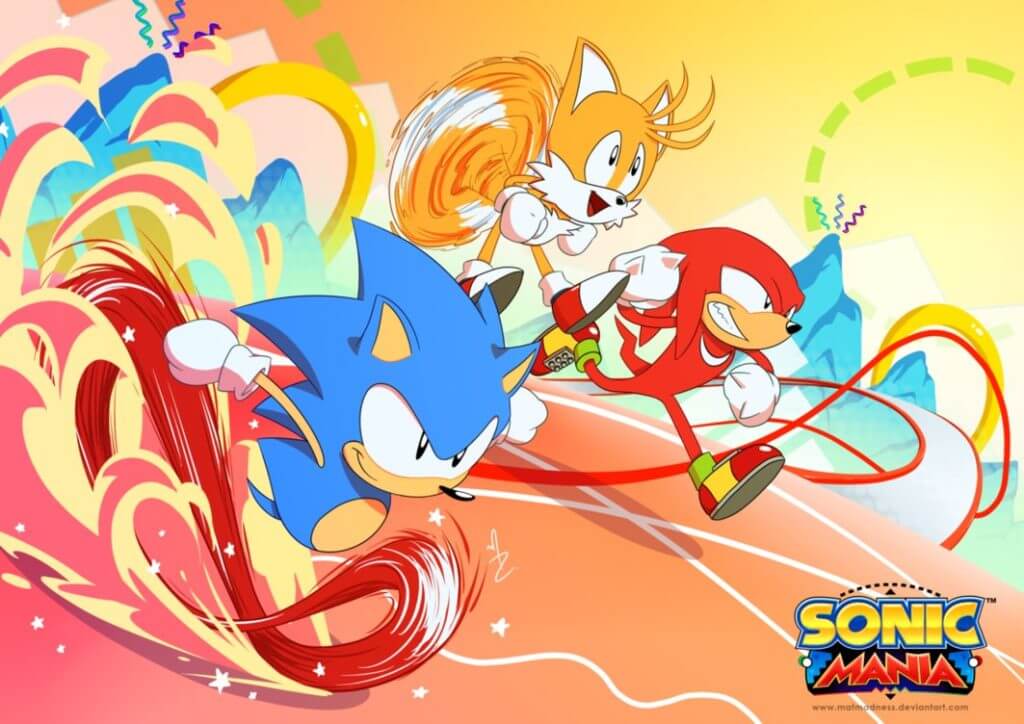 As the decades passed and games became increasingly complex, the once speedy mascot struggled to keep up with the times and, while his outings on SEGA’s swan song console, the Dreamcast, were fun, it was clear that the years had not been kind to Sonic and company. The first decade and a half of the 2000’s showed no more kindness to the former star, with the 2006 Sonic the Hedgehog on the PlayStation 3 and Xbox 360 earning particular ire from fans. And while a partnership with Nintendo (something that fans never thought they’d live to see) brought with it a few enjoyable titles on the Gameboy Advance, the character still felt out of time. It wasn’t until SEGA released the widely popular Sonic Generations for the current Sony and Microsoft consoles that long-time Sonic Maniacs felt a rush of hope once again.

The summer of 2017 brought what fans had been missing when SEGA’s publishing team and a development group comprised of superfans collaborated to create Sonic Mania. The game was immediately praised by Sonic fans who fell in love with the retro feel and visuals that the game presented. Something Sonic the Hedgehog players had long held sacrosanct was the simplicity of the gameplay in conjunction with the high-octane blitz through the series’ various stages. That crucial element was something that more recent entries in the franchise had decidedly failed to capture. The game now receives a re-vamp called Sonic Mania Plus that adds a new “Encore Mode” and two new playable characters: Ray the Flying Squirrel and Mighty the Armadillo, whose first appearances were way back in 1993 in the Japan-exclusive arcade game SegaSonic the Hedgehog. The aforementioned mode is an interesting and challenging new twist on Sonic gameplay, with players being given the ability to swap their controlled character on the fly as they make their way through the stage.

The beauty of Sonic Mania Plus is in the fact that it is a deliberate love letter to the 16-bit games of the 90’s. It flawlessly captures the visuals and audio just as the vanilla version of the game did last summer, but it manages to add a fresh take by re-balancing some of the game’s bosses that felt perhaps a bit one-sided the first go around. My eyes could be playing tricks on me, but It feels like the visuals received a slight update as well. Sonic Mania, and by extension Sonic Mania Plus, do what a Sonic game is supposed to do: present the player with a collection of stages that get progressively crazier, in which the goal is to go from point A to point B as fast as you can. The game’s surface-level narrative – loosely following up after Sonic 3 & Knuckles – fits right at home with all of the old Genesis classics, just as things should be; no cinematic storytelling required.

Having played through the original release, I was excited to check out the new mode and characters and see what differentiates them from the pre-existing trio of Sonic, Tails, and Knuckles. I can say with confidence that the characters Ray and Mighty set themselves apart from the rest of the group in great ways. Ray the Flying Squirrel has a horizontal glide or float reminiscent of caped Mario from Super Mario World, while Mighty the Armadillo has quite possibly the most satisfying unique ability of the whole cast in his ground slam, executed at the peak of his jump. Said slam can be used for a number of purposes, including busting your way through destructible flooring; breaking open any boxes for extra rings, power-ups or lives; or, most fun of all, busting badniks! The power of Mighty’s powerslam is telling in that it can be used to destroy Dr. Eggman’s robots without even touching them, as it generates seismic waves to hit them from a few steps away. 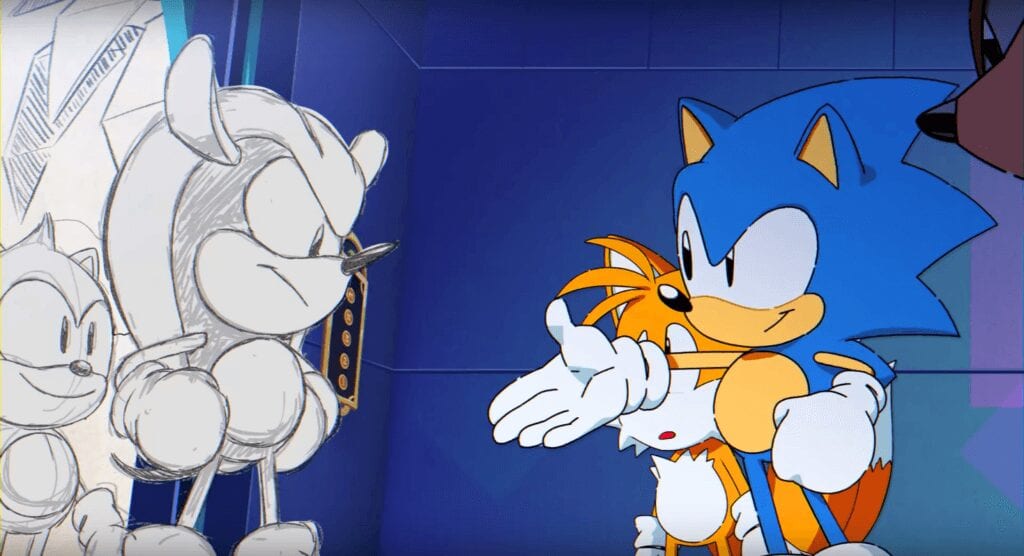 You can ask any fan of the old Sega Genesis Sonic titles and they’ll tell you that few other games can boast soundtracks that compare. The upbeat, techno music perfectly complements the game’s simple narrative of destroying evil robots. Sonic Mania Plus does this with aplomb, and each track could have been in any one of the original Genesis entries. The nostalgia here is quite literally music to the ears. Playing the devil’s advocate, however, an argument could be made that both the soundtrack and a fair number of the game’s stages lack originality and could truthfully have been ripped straight from Sonic the Hedgehog 1, 2, or 3. That being said, I’ll revisit a prior statement that Sonic Mania Plus is truly a love letter to the Sonic franchise, and that is written all over the game, from the music to the visuals and the stage designs. Certainly, the Sonic Mania Plus designers could have updated the visuals to that of a more polished Sonic Rush or had the soundtrack blasting alt-rock tunes akin to that of the Sonic Adventure games, but they went the retro route, and I think they made the right decision.

The future for Sonic the Hedgehog and friends looks bright, so long as SEGA allows teams of die-hard fans who have risen to the status of developers to helm subsequent projects. Sonic Mania Plus proves that Sonic can indeed still have great games as long as the right people handle them, and the added, gorgeously animated shorts that they’ve been putting out don’t hurt one bit. Sonic runs fast; it’s simple and necessitates no gimmicks. A follow-up title with more originality to its overall design could pave the way for perhaps an updated look that still retains the classic feel that fans always long for, but for now, as someone who grew up through the 16-bit era of gaming, the retro return is precisely what this spiny-noggined mascot needed. I must say, though, I can definitely do without another Chemical Plant Zone any time soon (I always hated that one). Now I want to gorge myself on chili dogs while I binge-watch the old Saturday morning cartoons!

Sonic Mania Plus is the perfect update and remix to the exact sort of entry that Sonic needed to regain the trust of the fans. The responsive controls and lovingly designed levels are a clear manifestation of deep devotion to and, more importantly, understanding of what makes a Sonic the Hedgehog game great.