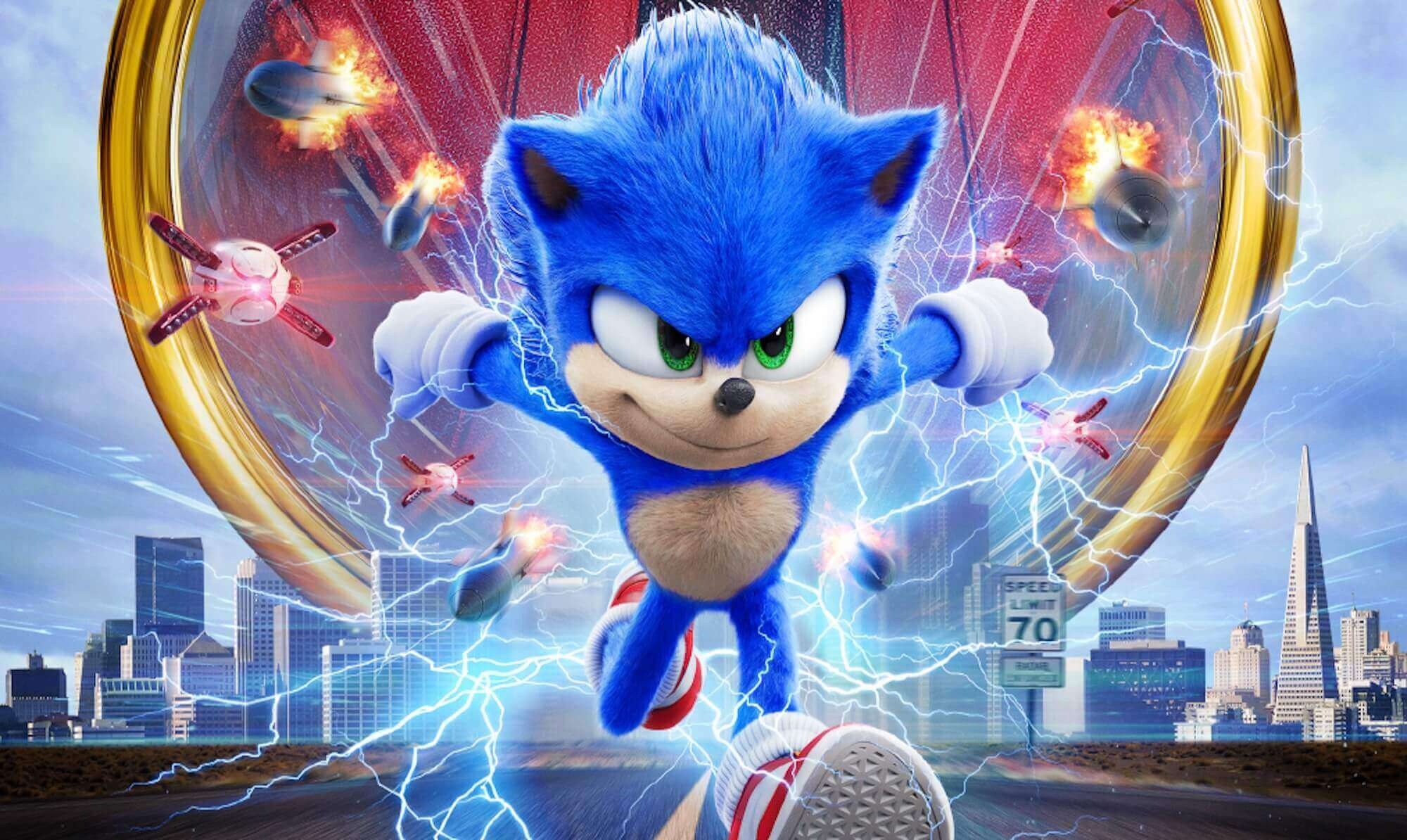 Video game movie adaptations have been something of a running joke for some time now. The majority of them are incredibly underwhelming or miss the mark so spectacularly that they’re joked about years later, even by the cast and crew (I’m looking at you, Doom). And while some of them, such as the Angelina Jolie-led Tomb Raider and Mila Jovovich-led Resident Evil franchises, saw modest success at the box office, even these feel like hollow representations of the characters and worlds on which they are based. When Paramount Pictures and SEGA revealed the trailer for the first-ever, live-action Sonic the Hedgehog movie, fans of the spikey blue blur had little reason to think this would be any different. The initial design for the iconic, chili dog-munching, badnik-stomping SEGA mascot was universally panned by pretty much everyone, and the intense fan backlash was instantaneous and harsh – albeit deservedly so. But the film’s director, Jeff Fowler, flipped the script and issued a Twitter statement acknowledging fan criticism and vowed that, with their patience, it would be rectified. This simple gesture of fan acknowledgment was antithetical to current-year Hollywood modus operandi, and more than enough to get me to see the film. When Sonic’s final redesign was at last revealed to the public, I knew that I had to support this movie, both in light of the team’s desire to please their target demographic above all else (imagine the insanity of such a concept) and the fact that they had gotten the design right (blue arms notwithstanding). 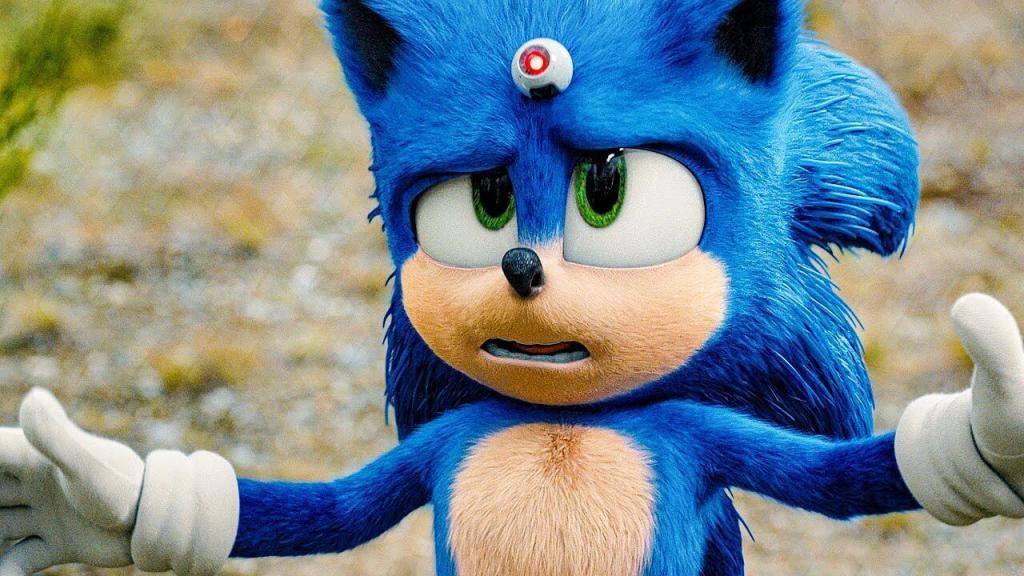 From the outset, I had relatively simple expectations for Sonic the Hedgehog: a fun, family action film, and some crisp visuals with a fairly surface-level story. My expectations were met and exceeded. The concept for the story is relatable but straightforward; we start with Sonic as a toddler (which is adorable, by the way), or not far removed from one, and he is forced to use the power of one of his home island’s magic rings to travel to another world because other inhabitants of the island want his power for their own purposes. He goes to our Earth and spends the next several years in a small town in Montana called Green Hills (a great nod to the games), living by himself in a small cave while he observes the people who live in town. The movie’s underlying theme is everyone wanting to have a sense of belonging, a home, and those close to them. One evening, after having watched a little league baseball game, Sonic plays on the field, with himself filling the role of each team position. It is after this that the thought of genuinely being all alone sets in, and in an emotional outburst that involves him running at increasingly higher velocities round and around the diamond, he causes an electromagnetic pulse that knocks out the power to the entire town – and the Pacific Northwest. Naturally, this gains the attention of the government and, fearing an act of terrorism, they send in the smartest mind they have, Dr. Robotnik, to investigate the matter. Sonic must avoid capture by the mad scientist, avoid getting fried by Robotnik’s drones, and make his way to San Francisco to retrieve his power rings in order to leave Earth for another world.

Throughout the film, we see Sonic deal with the emotions of being alone as both the only one of his kind on a foreign world as well as having no friends or family here. Over the course of his team-up with Tom Wachowski (James Marsden), Sonic starts to feel like he has an actual friend for the very first time. It would be a stretch to call Sonic the Hedgehog “deep,” but it does a great job of pulling at the heartstrings, as we see Sonic in his lonely moments and hopeful ones. That is another element that I came away with – hope. The team imbued this movie with the stuff, and I noticed everyone leaving the theater with a smile on their face. I’ve always enjoyed James Marsden’s work, and while Tom Wachowski isn’t the main character, he does have an arc, and we get to see him grow as he helps our heroic hedgehog. Tom’s arc involves his desire to move on from being a small-town sheriff to being a big city cop, as he wants to help more people in more significant ways than jumpstarting their trucks or rescuing their cats. He learns that there’s beauty and wholeness in appreciating what you have, and by the end of the film, he realizes that he can make a profound impact on people’s lives right in Green Hills; what matters is those he cares about. Enter Tom’s wife, Maddie Wachowski (Tika Sumpter) In another flip of the script, we have a wife who is as supportive as one can imagine. There’s a moment early on when Tom receives an acceptance letter to the San Francisco City Police Department, which would be a tremendous change for the husband and wife, who have spent their lives in the small town. But Maddie tells Tom that, after all of the hard work and sacrifices he made to help put her through veterinary school, she’s every bit as ready to sacrifice for him and, in the end, being together is what matters most. Both Marsden and Sumpter give strong performances. Their lines never feel forced, and their on-screen chemistry is believable, which makes for some of the film’s funnier moments. Tom and Maddie come across as a team, as every husband and wife ought to, and never once did it feel as though one character was being elevated at the expense of the other.

But the real star of Sonic the Hedgehog – of the human cast, anyways – is Jim Carrey as Dr. Robotnik. I was torn on this, as his performance nearly steals the show and he overshadows anyone else he’s on-screen with. The quality of the veteran actor’s performance can’t be understated, but did I like it? That’s a harder question to answer. There are times when he feels just right, but in many other instances, his character feels far more like his roles as the Grinch or his character in The Mask, and, therefore, somewhat out of place. This was a bit of an issue for me, as it was difficult to see Dr. Robotnik as the archnemesis of Sonic, who is always hell-bent on taking over the world and is diabolical enough to do so. That isn’t the light I would cast Jim Carrey’s portrayal of him in, so that was a bit of a letdown for me where continuity is concerned. That said, again, for the character that was written, Carrey’s performance is nothing short of aces.

The special effects crew made all of Robotnik’s drones, tanks, and jet look absolutely outstanding (I want that mini jet), but the job they did on Sonic’s remodel and the effects around him are what mean the most. From the detailing in his quills and nose to the fur on his face, this is every bit the wisecracking blue hedgehog that I grew up watching in Saturday morning cartoons, reading in comic books, and playing in video games. They have some fresh new concepts as well, such as Sonic’s powers going into overdrive relative to his emotional state, and each of his quills containing some of his limitless energy. Nailing the titular character was, dare I say, paramount to this film’s success, and the team didn’t stop with his visual design either – Sonic the Hedgehog is overrun with fan service and little Easter eggs (including Sonic calling Dr. Robotnik “Eggman”) that only fans of the character will get. For example, there’s a sequence when Sonic and Tom are at a biker rest stop and he gobbles down several chili dogs, historically Sonic’s favorite food in the world. Another excellent fan service moment involving an idling gesture reminiscent of the classic SEGA Genesis video games, had much of the audience howling in praise for the nod to their childhood. Even before the film had properly begun, the Paramount Pictures stars were changed to the iconic power rings, complete with the appropriate chime sound effects. Any time you do something with superspeed as a power, the effects team has the crucial decision to make on how they will present that. The Sonic Team went the route of the more recent X-Men films and copied the way that Quicksilver’s speed was portrayed therein. This was to excellent effect and success, as Sonic’s traditional antics play out far better when we get to see each goofy prank and gesture he makes before the final payoff when things return to normal speed. The soundtrack is also fitting, with great tunes such as the Ramones’ “Blitzkreig Bop,” “Hold the Line” by Avicii and A R I Z O N A, and “Don’t Stop Me Now” by Queen, alongside fantastic remixes of classic Sonic game tracks. 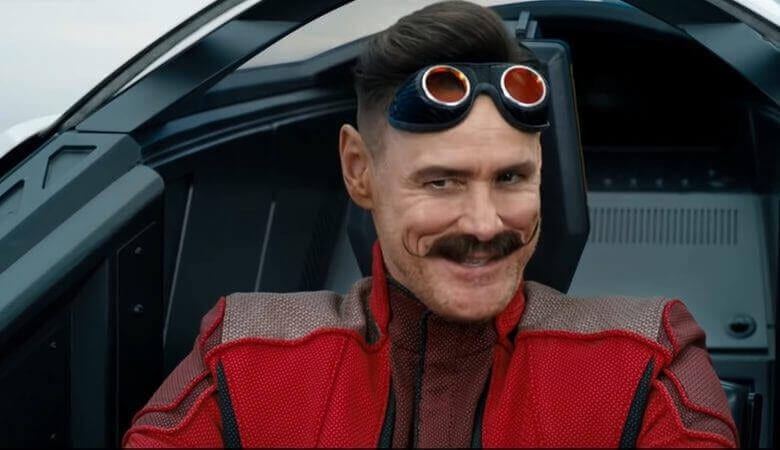 None of this would mean a darn thing if the character of Sonic the Hedgehog wasn’t done correctly. Thankfully, Ben Schwartz brought his lunch to work. The lines for the role are every bit as quippy and wise-cracking as any Sonic fan worth their weight in chili dogs ought to expect, and Schwartz delivers each line, both the jokes and the more emotional ones, with aplomb, and puts his all into the role. Paired alongside the delicately animated expressions on Sonic’s face, every line sounds and feels like the character that I grew up with. Were I to go back and read through some of my old comics, I am confident that I would hear Ben Schwartz’s rendition of the character’s voice in my head.

Sonic the Hedgehog is off to a running start in his first live-action outing. The story is nothing to write home about, but it is heart-warming and fun. Fans of the character will come away feeling great about how the blue blur was handled, and, just as Sonic did in the film, I think the character has found a home with this studio. Here’s to hoping for a Sonic 2!

Sonic the Hedgehog is off to a running start in his first live-action outing. The story is nothing to write home about, but it is heart-warming and fun. Fans of the character will come away feeling great about how the blue blur was handled, and, just as Sonic did in the film, I think the character has found a home and place to belong with this studio.

I really enjoyed this film. I was nervous about Jim Carrey because to me he hasn’t been a good actor as of late but he was a pleasant surprise!! Really good review man

The writing team appreciates your support more than you can imagine!

This film so far is my favorite of the year! (so far not so many new movies to talk about) But definitely worth the watch. I disagree wholly on Jim Carrey’s politics but this was a fantastic role for him. This is what video games should strive for.

The movie was a blast from start to finish, and the easter eggs and fan service were glorious. I am thoroughly stoked for a sequel.