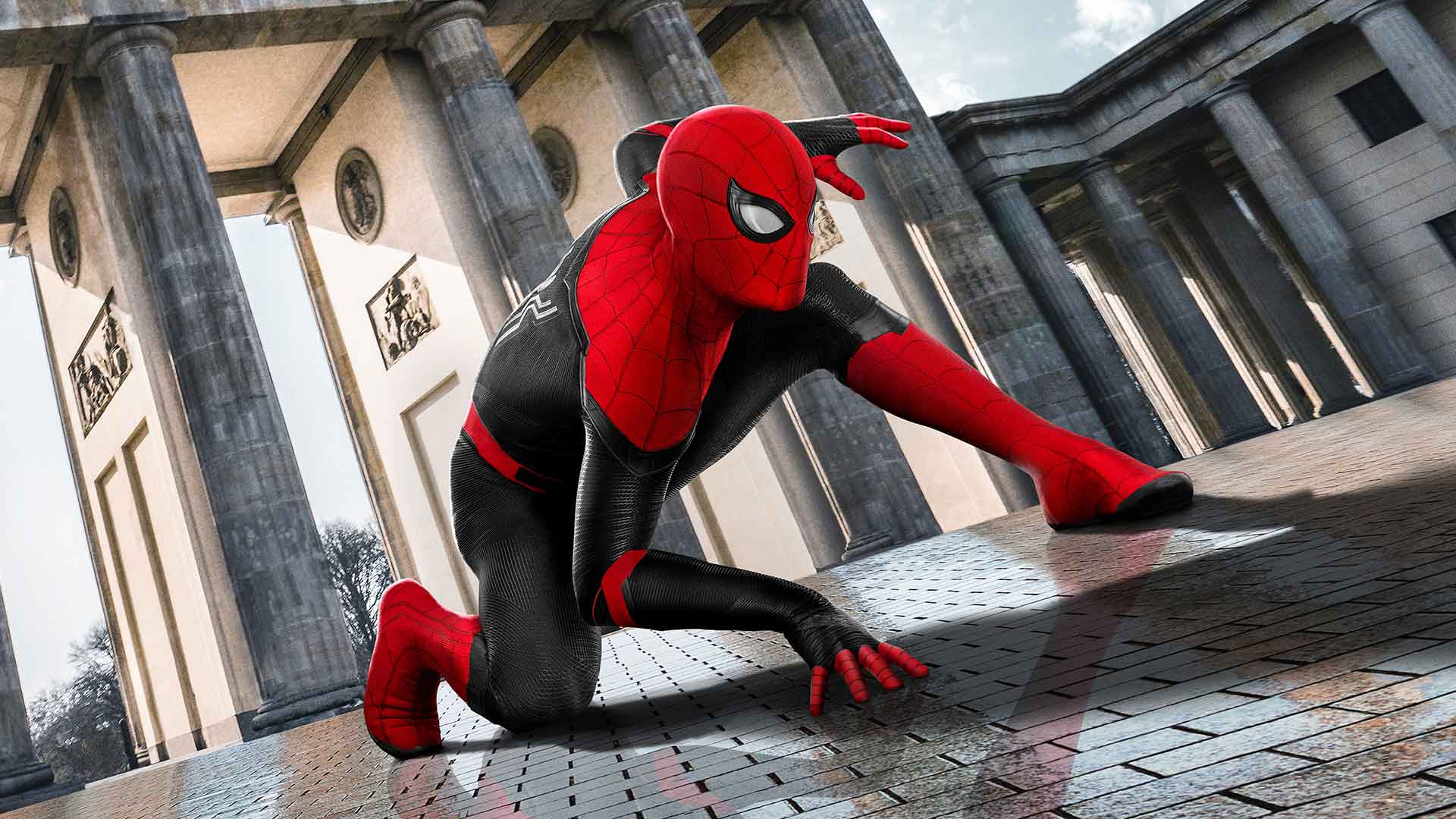 In a summer filled with duds and disappointments – with the occasional hidden gem – Spider-Man: Far From Home is something of a relief, like walking into the air conditioning after being stuck in the sweltering heat of nature’s cruelest season. (Remember when movie theaters literally did that for people?) It’s a fun blockbuster with spectacle to spare, but at its core is a human drama in the best Spider-Man tradition, anchored by another stellar performance by Tom Holland.

In the wake of Avengers: Endgame, Peter Parker has been run ragged protecting the public as Spider-Man. He hopes a school trip to Europe will allow him to clear his head and get his personal life in order, but he barely has time to convert his dollars to euros before he’s swept up in a life-or-death battle with the fate of the world – not to mention his friends – hanging in the balance.

If that sounds vague, it’s because Spider-Man: Far From Home is almost entirely a spoiler. The trailers give away little of the plot (they actually spoil Endgame much more than this, which I will endeavor not to do), which is good because the story reveals itself little by little with each scene. Peter Parker starts off in an unfamiliar position, as the new face of superheroes for a public still reeling from the massive events of Endgame. All of a sudden, the kid who just wanted to help the little guy is being asked where the world goes from here, and he has about as many answers as you would expect a fifteen-year-old to have; he’s even dodging calls from master spy Nick Fury. With his life now consumed by Spider-Man, Peter wants to relax, hang out with his friends, and tell Michelle that he likes her, and a trip to Europe seems the perfect opportunity to focus on being a kid.

Of course, that goes about as well as it ever does for Peter. Nick Fury appears in his hotel room and drafts him to help deal with a colossal threat needs a super-powered response. This establishes one of the quintessential Spider-Man themes: trying to live a normal life when you’re a superhero. Should Peter put happiness aside once again to help people, or should he leave the heroics to Fury and his confederates while he enjoys his field trip? Or, put another way, does great responsibility come with great power? It’s a well-worn Spidey theme, but Spider-Man: Far From Home puts enough of a new spin on it to keep it from feeling overly familiar, with the European setting and new supporting characters (outside of Betty Brant, but she’s so far removed from her comic book counterpart that she may as well be someone else; ditto Flash Thompson, who still doesn’t work in his MCU iteration). 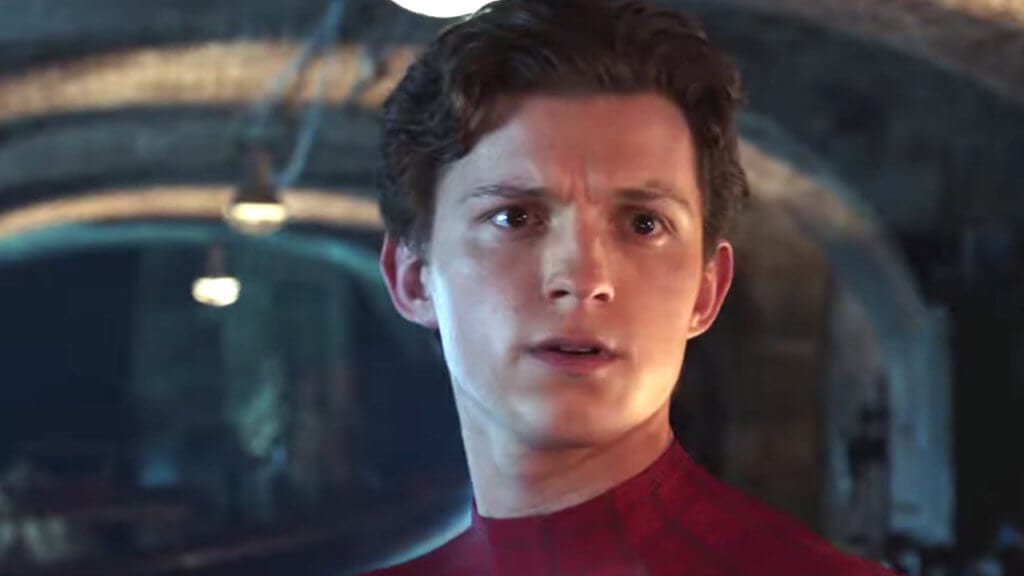 But what makes it work most of all is Tom Holland, who is note-perfect as Peter Parker. He pulls off what neither of his big-screen predecessors could, but what is a fundamental aspect of the character: conveying that Peter has the weight of the world on his shoulders while keeping him fun and good-humored despite his anguish. Spider-Man: Far From Home, much like Homecoming before it, delves into the toll being Spider-Man takes on Peter without wallowing in misery, and a lot of that is thanks to Holland. He can communicate Peter’s inner turmoil, his humor, his self-doubt, and his determination to do what’s right, sometimes all in the same scene. This isn’t a retread, though; Peter has grown since Tony Stark first walked into his life. He’s more confident now, willing to stand up for himself to people who would have had him shivering in the past and facing down danger with more assuredness. He’s not exactly where he’ll one day be, but he’s on his way, and it’s satisfying seeing him take charge like the hero we all know he really is.

Holland is complemented by Jake Gyllenhaal, whose Quentin Beck/Mysterio quickly takes a shine to Peter and becomes a friend and mentor, warning him against being forced into a life he doesn’t want. Gyllenhaal imbues Beck with a mix of honor and friendliness similar to Peter’s, but mixed with a bit of experience and world-weariness. Beck is a guy who knows the price of heroism, and he wants to protect Peter from the suffering he knows comes with the job. Anyone with more than a very passing familiarity with Spider-Man and his world more or less knows where this goes, and I love the take on Mysterio Spider-Man: Far From Home presents. 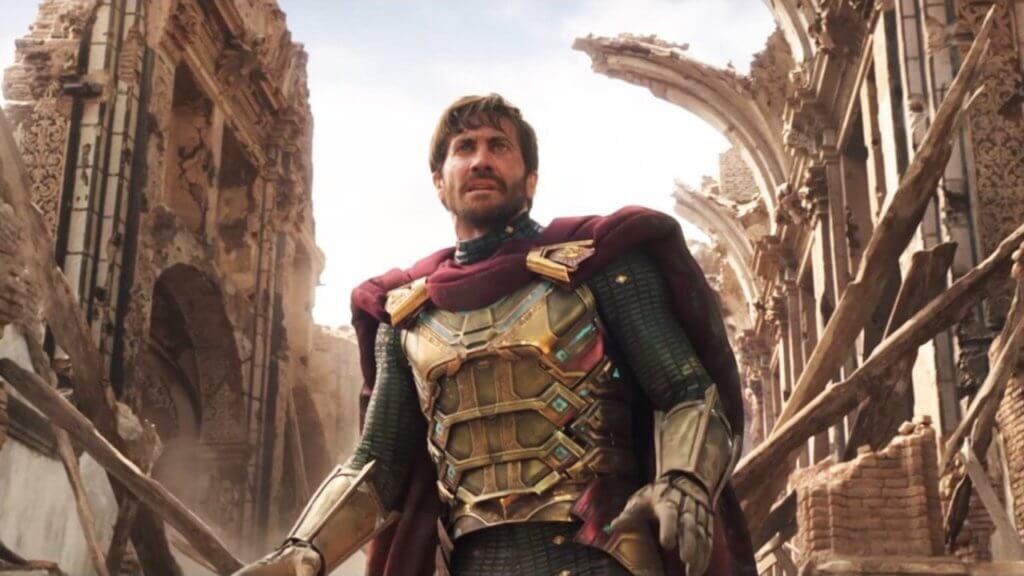 Most of the supporting players in Spider-Man: Far From Home are also good. Samuel L.  Jackson does what he does and does it well; Nick Fury is another mirror to Peter, trying to pick up the pieces of a wounded world because he’s one of the only people who can. Cobie Smulders makes a welcome return as Maria Hill, and while she mostly plays second fiddle to Fury, she has a few good lines and a great moment late in the movie. Zendaya and Jacob Batalon are as funny as they were in Homecoming, with Zendaya’s Michelle growing a bit past her countercultural persona. Mike Staar’s teacher is hit-and-miss in the laughs department, but his co-chaperone, played by JB Smoove, fares better. Angourie Rice’s Betty Brant has an expanded role this time, and she’s hilarious. Jon Favreau gives maybe his best performance as Happy Hogan yet; he’s still funny, but his relationship with Peter is touching and has moved to a new stage of mutual respect. Marisa Tomei is fine as Aunt May, but she’s barely in the movie.

The action scenes in Spider-Man: Far From Home are a marked improvement over Homecoming. Spidey’s tussles with the Vulture were jerky and frenetically edited so that you could barely tell what was going on. (I understand the point was to show the suddenness of Vulture’s attacks and Peter’s unpreparedness; that doesn’t mean they looked good.) The sequences in Far From Home, by contrast, are vivid and fluid, graceful in their depictions of destructive super battles. There’s a great shot in one of them that follows Spider-Man as he swings from one location to another during a fight, and it captures his agility and constant movement better than any movie so far. The special effects are gorgeous, particularly the ones involving Mysterio. Fans waiting to see him in a film won’t be disappointed, and one sequence in particular demonstrates the unique skills he employs. 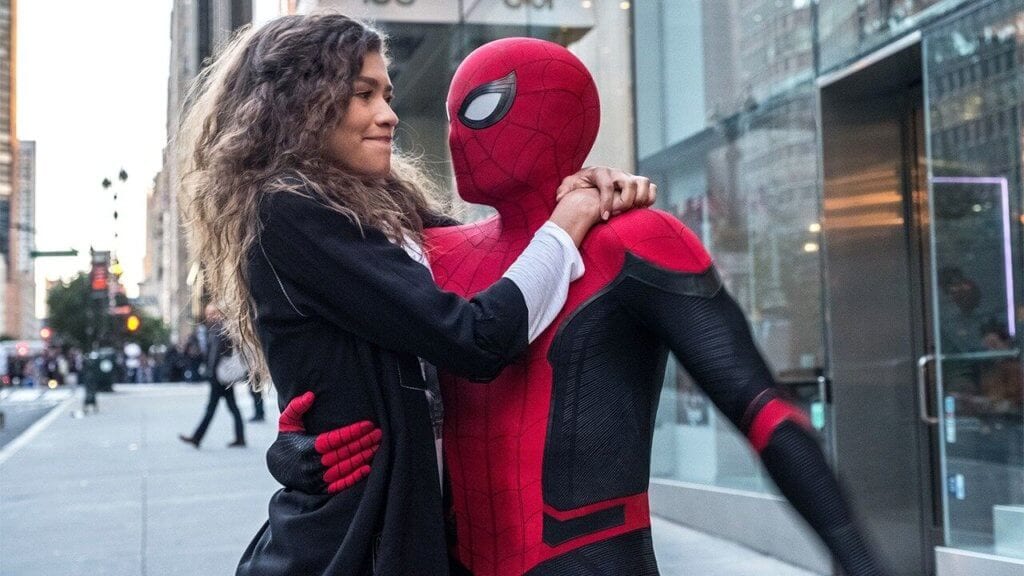 The music is excellent as well. While I was hoping the classic Spider-Man song would make an appearance like it did in the trailers, I’ve really like the MCU’s Spider-Man theme. The songs fit the high school vibe much like the ones in Homecoming did, and there’s a particular cue that almost made me cry (you’ll know it when you hear it). My biggest peeve with Spider-Man: Far From Home comes after the movie. The requisite pair of mid and post-credits scenes arrive once the film proper has ended, and while the first is (unavoidable Spider-Man adjective alert) spectacular and up there with the very best stingers – Marvel or otherwise – the second is awful, not only invoking one of the MCU’s biggest mistakes, but ruining large parts of Far From Home, all for an exceedingly stupid gotcha moment. Hopefully this will never be referenced again and we can pretend it doesn’t exist, but I doubt it.

Spider-Man: Far From Home is a funny, exciting superhero movie with a nice arc for a still-growing Peter Parker and a satisfying understanding of its main character. Tom Holland remains the perfect embodiment of Marvel’s flagship hero, and Jake Gyllenhaal gives him a compelling counterpart. The post-credits scene ends everything on a sour note, particularly following the sublime mid-credits moment, and some of the humor involving Martin Starr doesn’t work, but regardless, this film is superb. All it took to save the summer movie season was your friendly neighborhood Spider-Man.

Spider-Man: Far From Home is a funny, exciting superhero movie with a nice arc for a still-growing Peter Parker and a satisfying understanding of its main character. Tom Holland remains the perfect embodiment of Marvel’s flagship hero, and Jake Gyllenhaal gives him a compelling counterpart. The post-credits scene ends everything on a sour note, particularly following the sublime mid-credits moment, and some of the humor involving Martin Starr doesn’t work, but regardless, this film is superb.