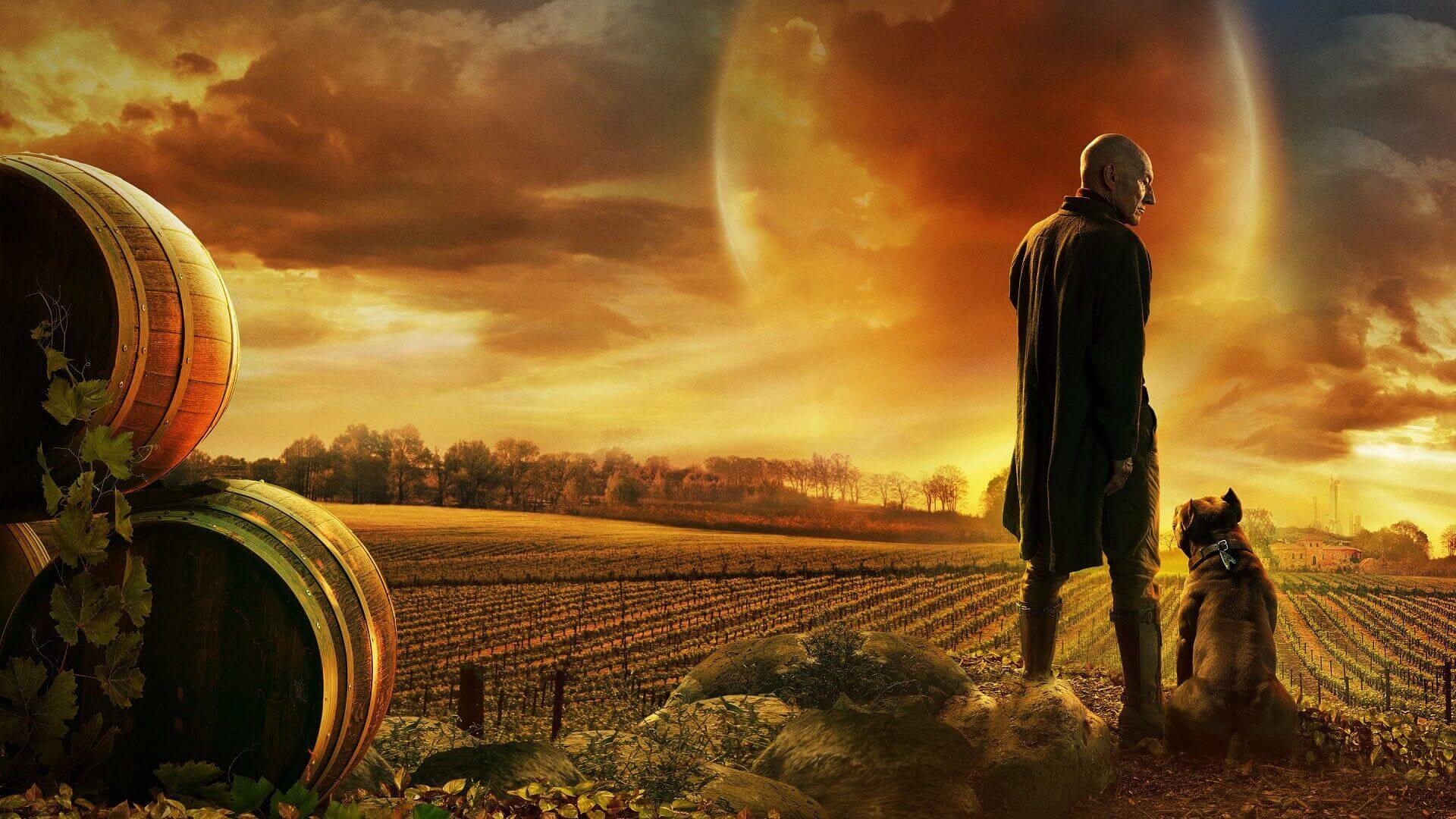 After I watched Star Trek: Nemesis in 2002 with my dad and grandpa, I never thought I’d see Captain Jean-Luc Picard again. This was a sentiment that Picard’s portrayer, Patrick Stewart, had shared for many years. So when it was announced that he would be returning to the role that he made famous for a new series on CBS All Access under the purview of new Star Trek mastermind Alex Kurtzman and showrunner Michael Chabon, I couldn’t wait to see where our titular character was now. While I wasn’t thrilled with everything Kurtzman has done with Star Trek: Discovery, with Patrick Stewart involved as a producer, I was confident that our titular character would be done justice. Now, it’s time to engage and see if my faith was warranted.

“Remembrance” opens on a scene that, to me, is almost reminiscent of the first shot of Picard in The Next Generation, as we push in on a window through which Data and Picard are sitting across from one another playing cards while “Blue Skies” (the song that Data sang at the Rikers’ wedding in Star Trek: Nemesis) plays in the background. After the two old friends argue over whether Data has a tell, Picard starts to notice something is wrong because Data has the impossible in his hand: five queens. As they approach a Mars under attack, Picard wakes up at home in France to his dog, aptly named Number 1. From there, Picard takes Number 1 for a walk and returns home, where his Romulan companions, Laris and Zhaban, await him. Laris asks him if he’s been having bad dreams, to which he responds, “The dreams are wonderful; it’s the waking up I’m beginning to resent.” After he has his signature tea, Earl Grey (decaf), he gets dressed at Laris’ urging. We then see our titular character check himself in the mirror as he prepares for his first interview since he left his life as an explorer behind.

We get a bit about how the interviewer knows that she can’t ask about his departure and that he needs to “be the captain they remember.” The interview becomes one glorified info dump, telling the audience about how Picard rescued the Romulans and an incident involving rogue androids that leads to the outlaw of synthetics. When she gets to Picard’s resignation from Starfleet, our hero becomes angry and walks away. Meanwhile, in Greater Boston, a woman named Dahj and her boyfriend are celebrating her admission to the Daystrom Institute. Suddenly, three assailants in helmets beam in and try to capture Dahj, killing her boyfriend in the process. They put a bag over her head and knock her out when, suddenly, she “activates, and a fight scene that almost recalls The Bourne Identity ensues. When the fight ends, an image of Picard flickers through Dahj’s mind, and she heads to France to find the legendary former admiral. 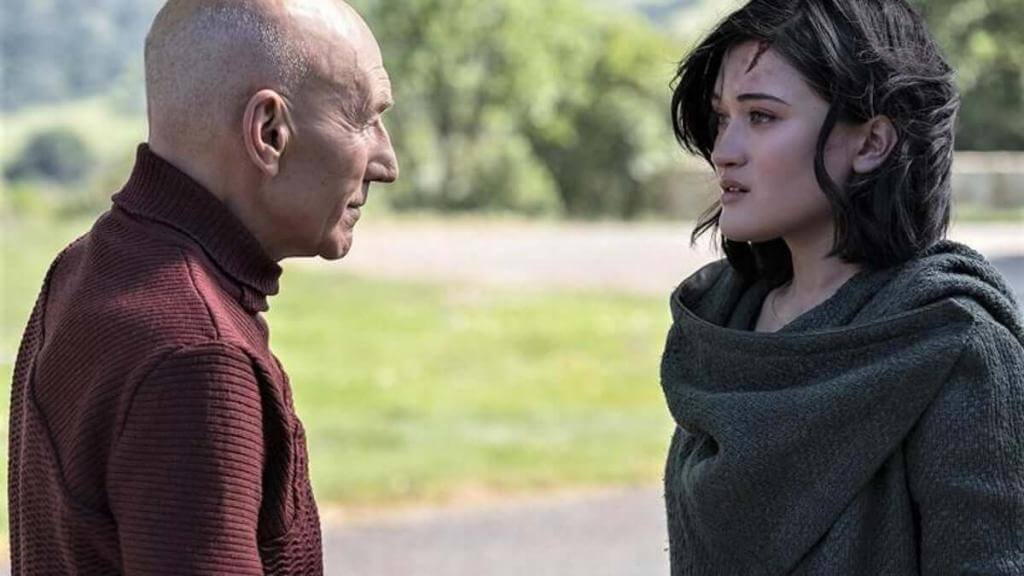 “Remembrance” had a lot of pressure on it, given that it was bringing back one of the franchise’s most legendary characters and finally taking the franchise forward after it spent the last decade in the past. While, at some points, the show has the makings of a great “adult drama” – something producer Alex Kurtzman has said was one of the productions mandates – “Remembrance” is far too uneven. Just as we see something that works pretty well, like Picard’s existential longing for the past, we also get something that doesn’t quite work as well as it should, like Picard needing to help Dahj (something that was no doubt borrowed from Logan, given how open Stewart has been about the Marvel swan song’s influence on Star Trek: Picard). Whenever the two had scenes together, it felt a bit too perfunctory. The idea that Dahj is Data’s “daughter” feels forced and completely ignores Lal from Jonathan Frakes’s directorial debut, the Next Generation episode “The Offspring.” This may be a nitpick, but I don’t understand why that was the case. This isn’t to say that the writers should have fixated on this, but an acknowledgment would have been appreciated.

That being said, I like that Picard had to make a tough decision when it came to Romulans, one that not everyone agrees with. It’s true to life and gives some food for thought, much in the way The Next Generation did in various episodes. In addition, I also like that Picard, who met with Alison Pill’s Dr. Agnes Jurati to find answers about Dahj, is almost meeting his new crew Magnificent Seven style; hopefully, this continues for the next couple of episodes. However, just when you think things are starting to gel, we get multiple revelations that bring the whole episode down. Dahj – who has died in a battle trying to avoid her captors – is revealed to be a twin, both of whom were created by Jurati’s boss, Dr. Maddox (from The Next Generation’s season 2 episode “Measure of a Man”). Then, at the end of the episode, Dahj’s “sister,” Soji Asher, is at a Romulan Reclamation Site that happens to be on a Borg cube because of course she is. If they are trying to be a serious sci-fi drama, I don’t understand why the writers would rely on these tired and, dare I say, soapy clichés. All too often, it feels like “Remembrance” is trying to justify its storytelling decisions rather than just telling a story. 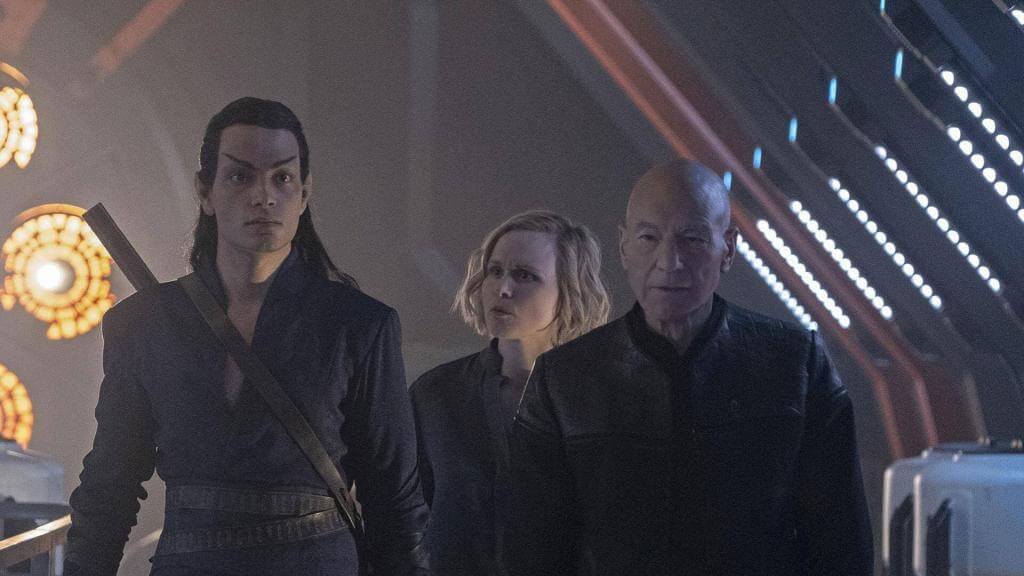 Fortunately, despite these lazy storytelling choices, Patrick Stewart is in fine form as the former captain of the Enterprise, bringing all the gravitas and pathos you’d expect from the veteran actor. I also liked The Newsroom’s Alison Pill, whom I have been following since Confessions of a Teenage Drama Queen; I was hoping to see more from her this episode. Major kudos must also be given to Brent Spiner, who steps back into his iconic role as though no time has passed at all, which seems appropriate given Data’s storyline. All the writers behind this episode, from Kurtzman to Closer creator James Duff, have a remarkable pedigree in the industry, so it’s somewhat surprising that what should have been a benefit turned out to be a liability, a mediocre episode the result of far too many cooks in the kitchen. Everyone had a notion of what Picard was supposed to be, but rather than focus on one unified vision, “Remembrance” almost feels like an argument between the writers, with Picard’s characterization being one of the few things on which they all agreed. This is likely thanks, in part, to Stewart’s involvement behind the scenes as a producer. Going forward, I really hope they scale back the number of writers behind each episode so it feels a bit more cohesive.

With great performances from Patrick Stewart and Brent Spiner, Star Trek: Picard is off to an OK start. Having a vision for the show is great, but if the series is to succeed long-term, Kurtzman, Chabon, and Co. need to take a hard look at their execution and streamline the narrative.

With great performances from Patrick Stewart and Brent Spiner, Star Trek: Picard is off to an OK start. Having a vision for the show is great, but if the series is to succeed long-term, Kurtzman, Chabon, and Co. need to take a hard look at their execution and streamline the narrative.