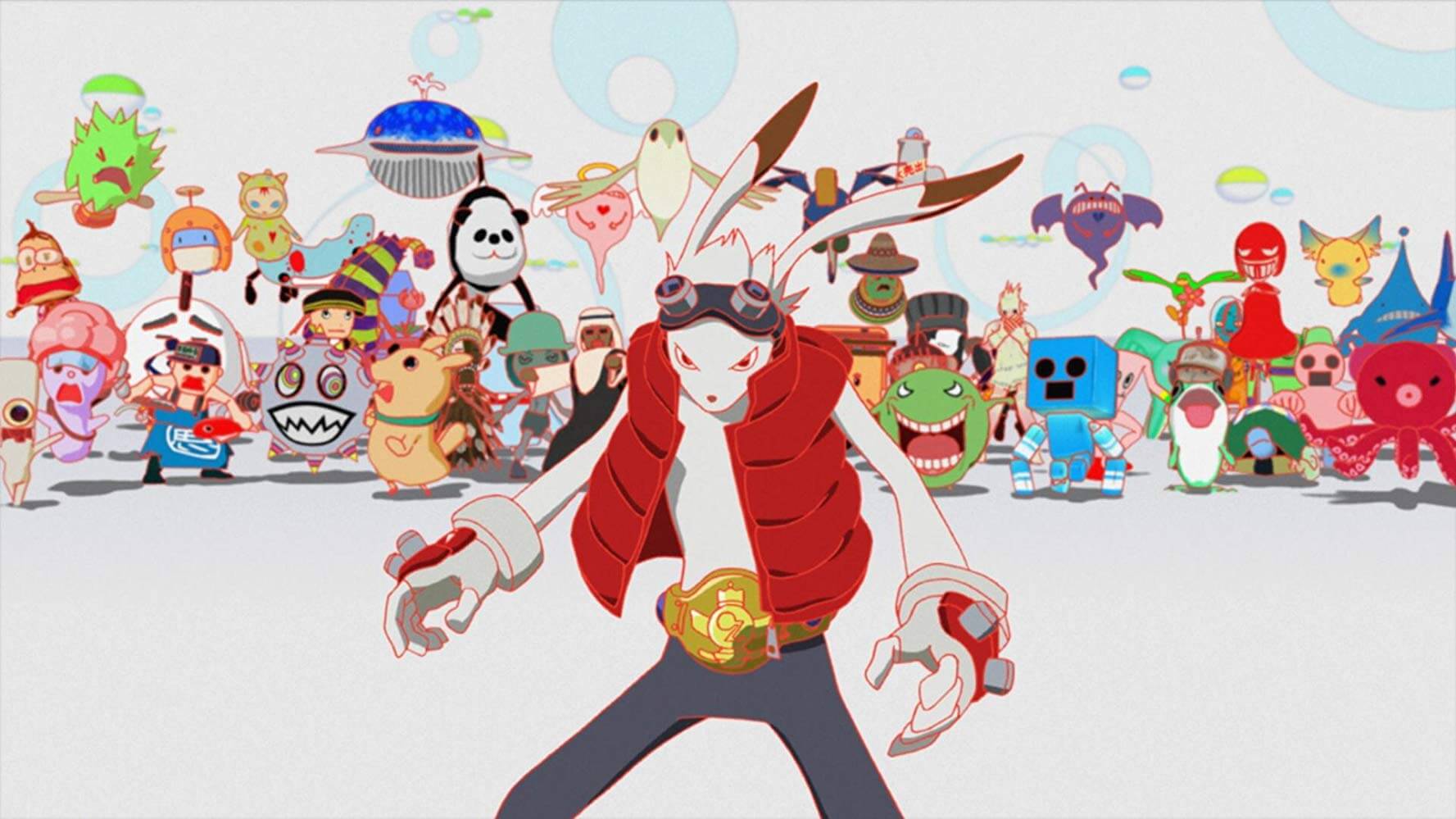 Mamoru Hosoda is one of the best anime directors working today. When I watch his films, I can understand the comparisons he gets to the great Hayao Miyazaki. His movies have a strong emotional core and oftentimes deal with family as the main theme. Of them all, Summer Wars is the movie to which I find myself returning time and time again. It’s a movie that addresses that theme of family and its importance.

Summer Wars follows Kenji Koiso, a math nerd who works as a part-time moderator for the virtual world Oz. One day he is invited by a girl named Natsuki to travel with her for the weekend to visit her family. When they arrive, she introduces him as her fiancé. Kenji is caught off guard by this but decides to play along despite his better judgment. During his first night there, he is mysteriously sent a math code on his phone from someone in Oz. He cracks the code and later finds out that he helped an A.I named Love Machine to take over the virtual world. Now Kenji, alongside Natsuki and her family, has to stop Love Machine before it causes too much damage. 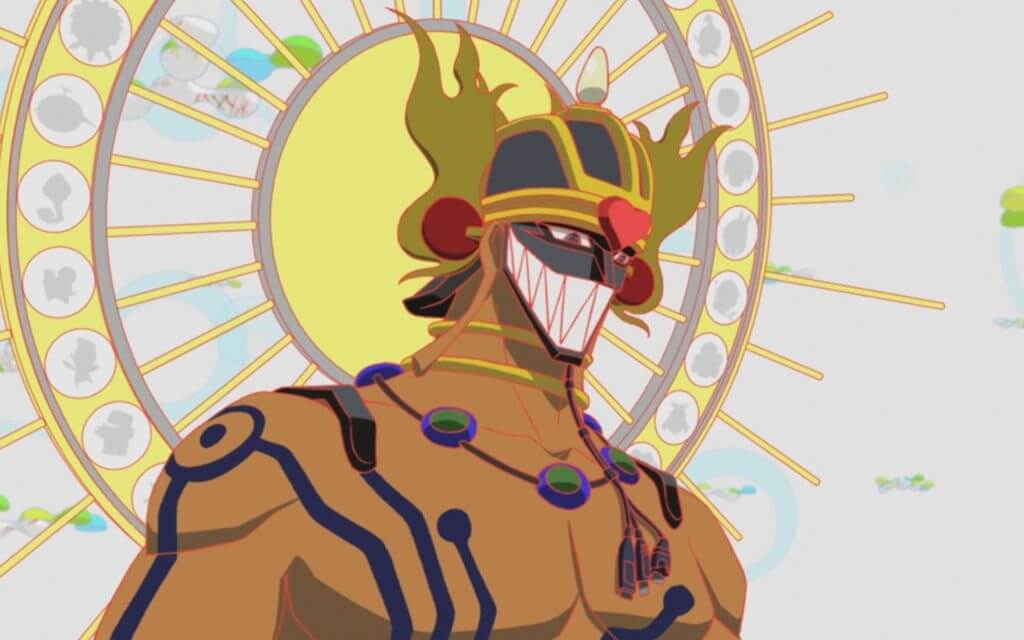 The story of Summer Wars is based largely around this virtual world called Oz. In this world, everyone gets an avatar and is free to explore all of the things Oz has to offer. Everyone from businessmen to gamers uses Oz in their everyday lives. It’s infused into their society, much like the way social media is in ours. This is why it’s dangerous for an A.I to gain control of Oz; with that power, a lot of people can potentially be in danger. We see very quickly that the stoplights in the street stop working, but the problems escalate from there and become life-threatening.

The movie’s main theme is family, specifically the importance of it and what it really means to be one. When Kenji first arrives at Natsuki’s great-grandmother’s house, he is greeted by her huge family. There’s even a scene where Natsuki goes down the table introducing everyone and explaining what their relationship to her is. She catches herself once she realizes that Kenji is being completely overwhelmed by this information.

One point that is consistently emphasized is the idea that a family has to stay together. This is a very close family that looks out for each other; they’re so close, in fact, that in many ways you can look at them all as one character. Within this group, you’ll likely find some people that pop up in your own family. This includes, but is not limited to, the sports fan, the overprotective older cousin, the younger gamer cousin, uncles that ask really personal questions, and annoying nieces and nephews. They are loud and different, but far from dysfunctional. There is a love they all have for each other that is almost immediately identifiable, which makes them all feel real. 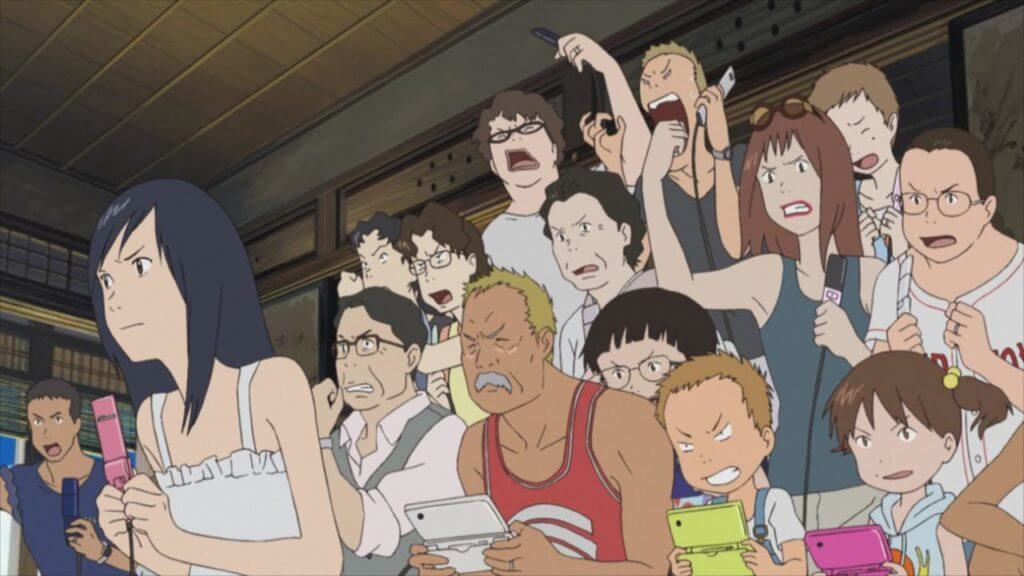 The characters in Summer Wars are great. Our lead, Kenji, is a typical nerd, lacking confidence in everything that isn’t math. What stands out about him is that he’s brave without even knowing it. When he first talks to Natsuki’s great-grandmother she asks him if he’s ready to lay down his life for her if necessary. He pauses, but then confidently says yes. It’s a small moment that stands out because it foreshadows how quickly he jumps into action when people are in trouble. Sakae Jinnouchi is Natsuki’s great-grandmother. She is the matriarch of the family and is a one tough old lady. Once she starts realizing that society is being impacted by Love Machine she calls up anyone she can to tell them that they need to be sure to help people. She’s soft and sweet most of the time, but even at the age of 90, she can still be blunt and aggressive when the situation calls for it. Natsuki is the last main character, but it’s better to see her as just another member of the family. Her being an average teenage girl helps her stand out in a family filled with loud characters. The only other important family member is Natsuki’s younger cousin Kazuma. He is the #1 ranked player in Oz’s battle mode and is the only person with any chance of defeating Love Machine.

The voice acting is stellar. Michael Sinterniklaas is brilliant as Kenji. I love how he almost sounds scared whenever he talks, which makes his braver moments mean so much more. Brina Palencia as Natsuki is all-around great as well. The highlight for her comes soon after the emotional climax of the film. There’s a scene where Natsuki is talking to Kenji and she just starts crying her eyes out; it doesn’t sound like someone fake crying for a movie. But the absolute star of the cast is Pam Dougherty as Sakae. Every line she delivers is beautiful and sincere. There’s a moment where she reads a letter to her family that brings me to tears every time I see it.

Summer Wars wouldn’t be as special if it weren’t for the masterful direction of Mamoru Hosoda. This movie is beautiful to look at. There’s a big difference in quality when it comes to how the real world and Oz look. The real world looks bland, and the character designs aren’t very creative, but in Oz everything is stunning. The colors pop out beautifully, and the avatar designs are really nice. There are also a few action sequences that are choreographed brilliantly. There’s smaller-scale hand to hand combat and bigger fights where characters fly to different parts of Oz. These sequences are breathtaking. 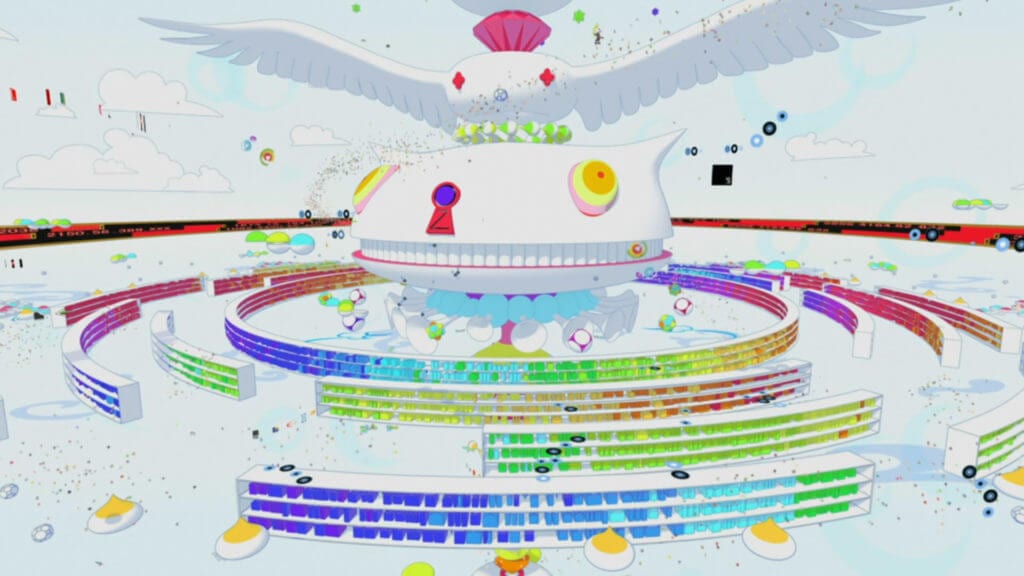 Summer Wars is one of my favorite anime films of all time. I love how there are so many different elements involved without the movie ever losing focus. It can be serious enough to address death, yet playful enough to acknowledge that challenging Love Machine to a card game is a viable strategy to defeat him. In many ways, Summer Wars feels like a Disney movie. Even the music is geared toward evoking that movie magic feeling that so many Disney movies have. I can’t recommend Summer Wars enough. If you’re a fan of animation, then you owe it yourself to give it a try.

Mamoru Hosoda's Summer Wars is a perfect example of why he is one of the best anime film directors working today. Stunning animation combined with a story deeply rooted in the importance of family make Summer Wars a must watch film.