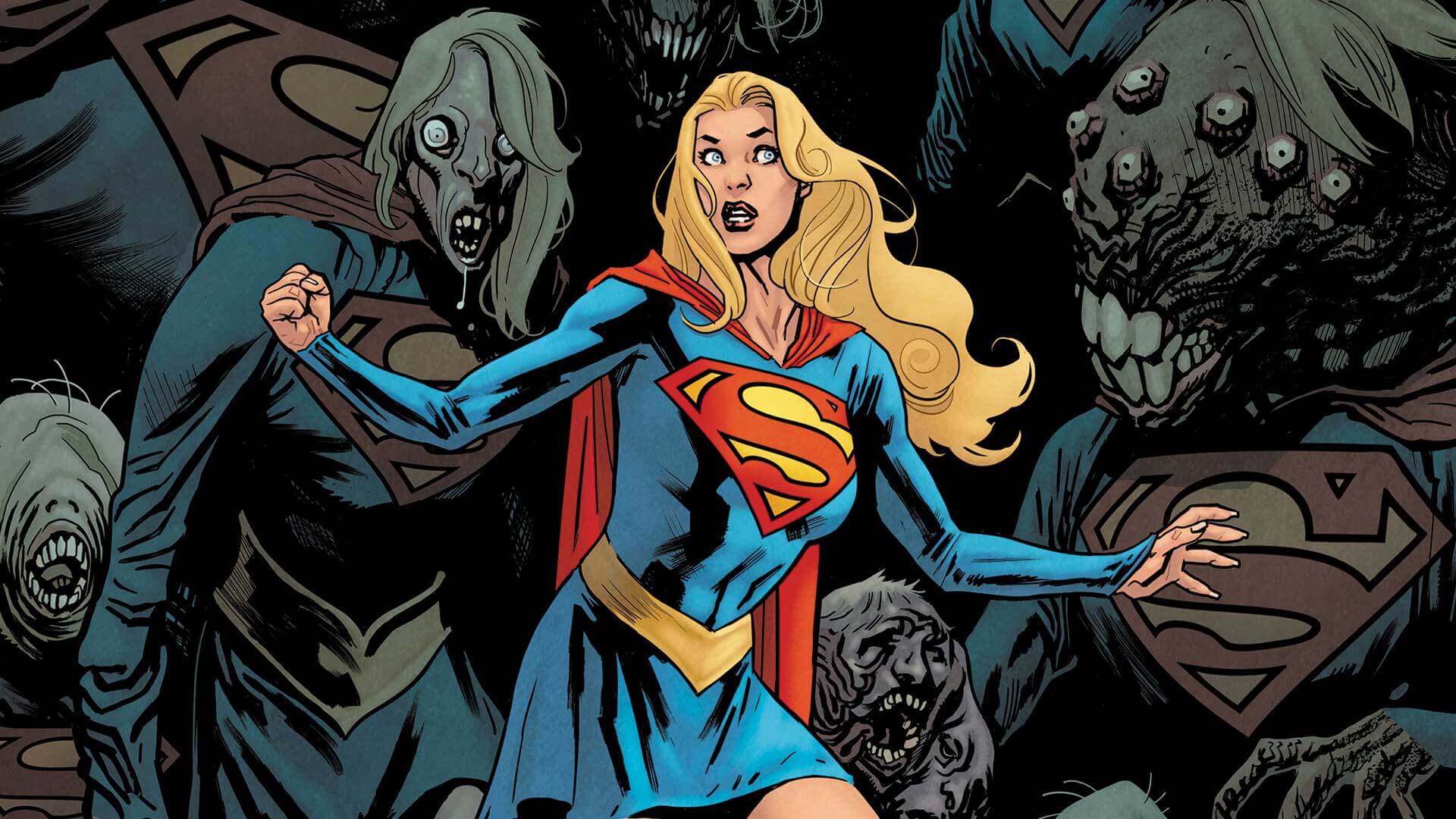 Kara Zor-El is facing down about half a dozen failed, mutated clones of herself in this week’s Supergirl #28. Super-clones never bode well for DC Universe heroes of any form or faction, as their Kryptonian progenitors tend to be touted as amongst the most powerful beings the multiverse has to offer. This is not an inaccuracy, nor is it something to be taken lightly, especially when the subject is the Girl of Steel, Supergirl. Having spent measurably less time on Earth and around the level-headed and morally upright parents that the Kents were to Clark than her more famous cousin has, Kara is a bit less even-keeled than the Man of Steel. Her at times uncontrollable rage paired with her enormous power makes for a tandem not to be trifled with and even earned her a spot on the Red Lantern Corps (known as the Lanterns of Rage) for a time. Her opponents are, again, mutated experiments at replicating her powers, and they were successes, or at least partially so; they certainly possess Kara’s powers and abilities, but are not quite as easy on the eyes as she is, to put things mildly. They really are more mutant than Maiden of Might.

In Supergirl #28, Supergirl is teamed up with some otherworlders in an effort to take down the evil Hokum and the monstrosities he and his scientists wrought upon the galaxy. Kara’s team fights a losing battle in the opening pages of the book, but her patience quickly dissipates, and she brandishes a Philistine-sized battle ax taken from Rogol Zaar (a new villain introduced by Brian Michael Bendis that retcons the truth behind the planet Krypton’s demise in his 6-part Man of Steel miniseries that sets up his current flight on the main Superman book). Kara notes that use of the oversized weapon is dangerous, as it amplifies her rage over the destruction of her homeworld, and the tide of the battle begins to turn in our hero’s favor. After receiving a supercharged solar energy boost from one of her compatriots, Ryand’r (a Tamaranean like Koriand’r/Starfire), she obliterates her mutant clones and ends the battle swiftly. Following that, she tracks down the evil mastermind behind her present problems, Hokum, and attempts to bring him to justice, but alas, not before he manages to teleport away (though he loses a hand in the process). 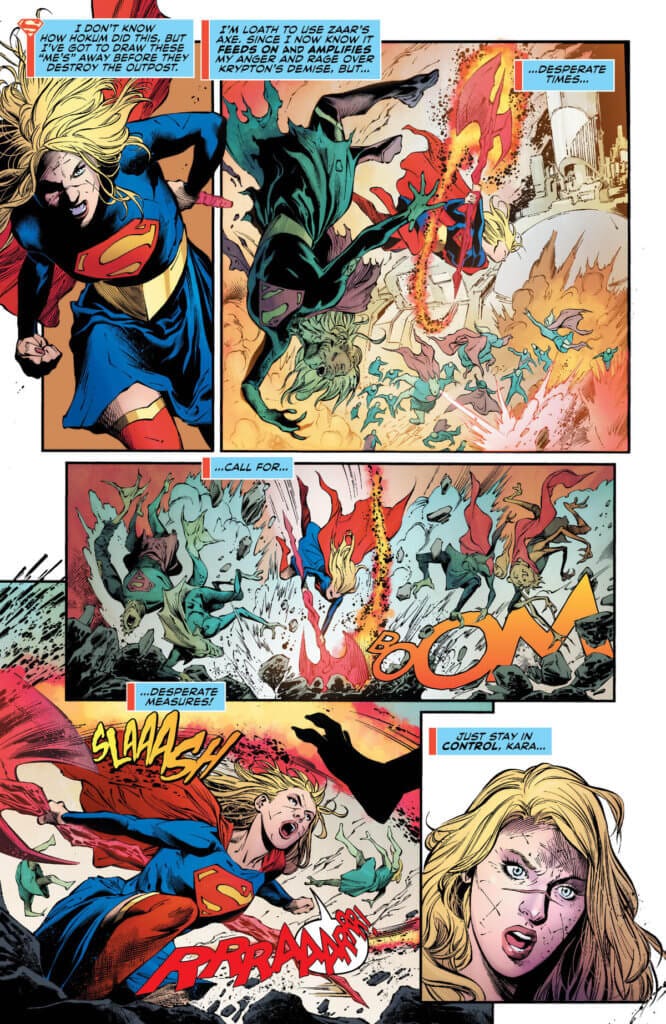 I haven’t been keeping up with the Supergirl book in the current DC Universe continuity, but I have been keeping aware of the overall plot surrounding the Super Family and their respective books. Be that as it may, Supergirl #28 is not a standalone issue that can be picked up and appreciated without some minor level of context. The current run of Supergirl suffers from something that her book has really been dealing with since DC’s reboot with the New 52, and that is a lack of simplicity. Kara is a character who shines brightest when her stories revolve around a simple-in-concept plot and deal with the things that set her apart from her cousin. Supergirl #28 doesn’t quite hit the proverbial nail on the head in this regard. The art by Eduardo Pansica is very detailed, which lends itself especially well to the various alien creatures and Supergirl’s clones, which look like something out of a horror show. I’m not certain when it happened, but at some recent point in time Supergirl’s costume received a few alterations, and as someone who’s favorite DC heroine is the Girl of Steel, I am not a fan of it at all. It’s even less practical looking than prior iterations (and no, I’m not just saying that because I prefer the shorter skirt!); in fact, as much as I hate to admit it, her New 52 redesign is easily the most practical, but what are you gonna do?

When DC brought on Brian Michael Bendis, writer of Marvel’s Ultimate Spider-Man and creator of Miles Morales, fans had every right to be leery of what changes his presence might bring. He retconned much of Kryptonian history, which wouldn’t be so bad if the lion’s share of Big Blue faithful weren’t so unhappy about it, resulting in the Superman book dropping from a bi-monthly schedule to only a monthly. This whole concept of Rogol Zaar and the cult that follows him would work fine in isolation, but seems too far afield from the tone that a book on DC’s Kryptonian heroes would find ultimate success from. I may check out the next issue of Supergirl, as the art is more detailed than a lot of what’s out there lately, but we’ll see; I have the sneaking suspicion that I would only be comparing it to the early 2000’s run of the character in the pre-52 era of DC.

Quality art makes Supergirl #28 fun to look at, barring some inconsistencies with characters, and the overall plot is fine enough, but Supergirl is missing a spark that is keeping me from adding it to my box.