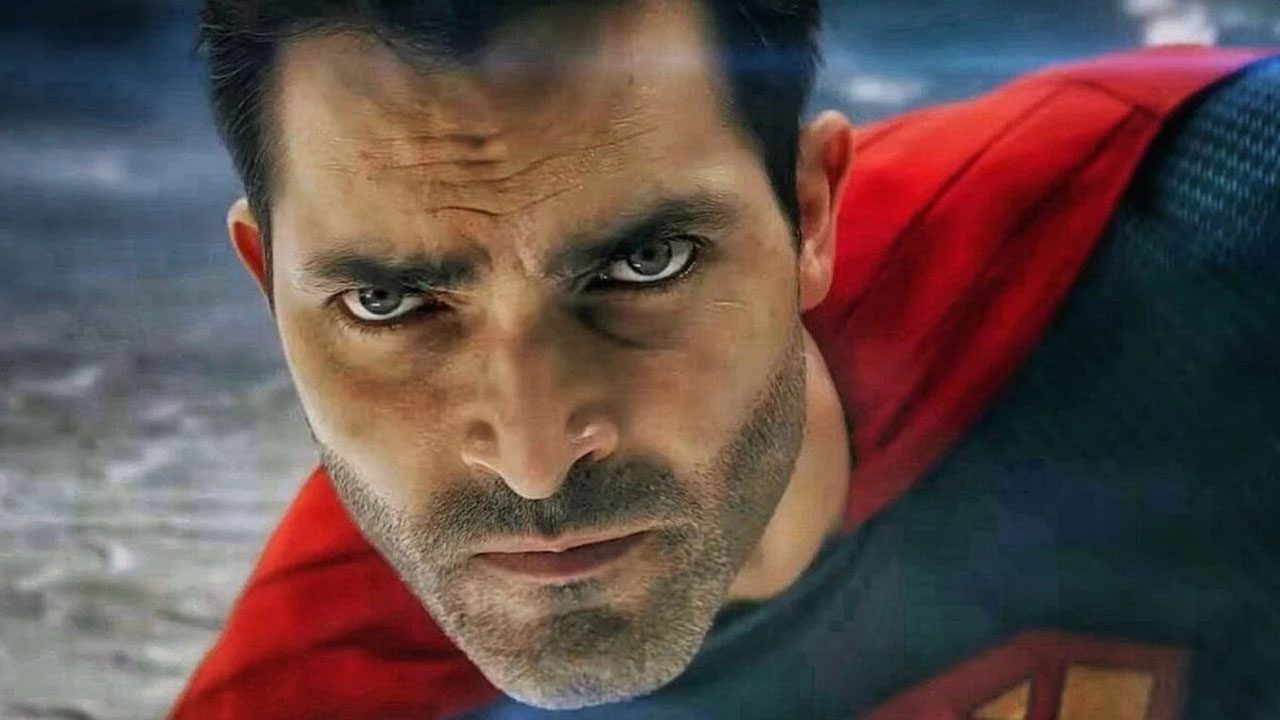 The Superman family (which is easier than saying “the Kent/Lanes”) have been on a bumpy path this season. “Truth and Consequences” takes the characters one step forward and two steps back, but not in a bad way. Their progression is playing out realistically – inasmuch as a show about flying aliens with heat vision can be – with change taking time, stalling, and experiencing growing pains as it slowly emerges. The character arcs and action are on fire this week; unfortunately, the conflict is triggered by one of the dumbest things the show has pulled since its inception.

Bizarro Jonathan targets those closest to Superman to eliminate him and merge with his doppelganger. Clark tries to get past his anger with an increasingly defiant Jonathan. Jordan is desperate to win Sarah back. Lana feels isolated as she prepares to take office. John Henry and Natalie try to help Superman.

The showdown with which “Bizarros in a Bizarro World” left us plays out as “Truth and Consequences” opens. Jordan rushes to save his brother from Bizarro Jonathan, only to be hurled aside like a trash bag. It makes sense; while Jordan has been training with Sam, Bizarro Jonathan has been an active superhero for some time, and he’s learned at the feet of his world’s Superman. That means that when his only obstacles are an inexperienced teenager and Lois chiding him, things don’t look good for Jon. That’s when another of this show’s instances of understanding superhero imagery appears: Superman blasts through the wormhole and back into our world just in time to save the day. As Clark explains later, Bizarro Jonathan is weakened by our yellow sun just as Superman was by Bizarro World’s red one, meaning he’s got no chance of keeping up with Superman. But once Jon starts experiencing the same visions Clark did when Bizarro found his way here, it’s only a matter of time till the dark version of his son is able to merge with Jon and create something too strong for the Man of Steel to handle.

What makes the setup more interesting is the conflict that’s been festering between Clark and Jon all season. In “Bizarros in a Bizarro World,” it seemed like Clark had learned his lesson about alienating his son. “Truth and Consequences” clarifies that he took some of the wrong lessons from his sojourn in Bizarro World. While he does tell Jon that their differences don’t matter in the face of multi-dimensional Armageddon, he isn’t taking steps to fix the problem; he’s just sweeping it under the rug and hoping it goes away, and Jon knows that. Clark is much more disturbed by the cult of celebrity that surrounded Bizarro Superman, and he believes Bizarro’s eschewing of a secret identity is what corrupted his son. In other words, just as before, Clark believes everything he was doing was right, and once again, it’s his way or the highway. But it’s worse this time because Jon has finally had enough of being judged by someone who’s lied to him his whole life, and Jordan – who had to go around his parents’ back to train with his grandfather – agrees with him. Jon argues that his lie was to protect someone, while Clark’s is self-serving, and Clark digs in and shouts Jon down without trying to understand. It’s frustrating to see Clark be this bull-headed, but it makes sense, and it’s a more relatable way of working through his and Jon’s problems than a quick reversal would have been.

But “Truth or Consequences” doesn’t leave this as a simple philosophical debate between a stubborn father and his resentful son. The ramifications of Clark’s secret identity are felt in full when he declines to stop Bizarro Jonathan so Lana won’t discover that he’s Superman, and Lana is kidnapped as a result. Now, Jon’s got some ammunition; Clark put someone he describes as his best friend in mortal danger to protect his secret, and Jon wonders why this is okay but his protecting Candice from homelessness and a violent drug supplier is unforgivable. And doesn’t he have a point? Isn’t protecting those in danger what being a hero is all about? His lie accomplished that, while Clark’s did the opposite. Of course, Clark and Lois are too busy yelling at the boys to even begin to see that, and this is where the idea is stretched a little too far; I get that they’re obstinate and think they’re always right, but good God, they’re supposed to be adults. 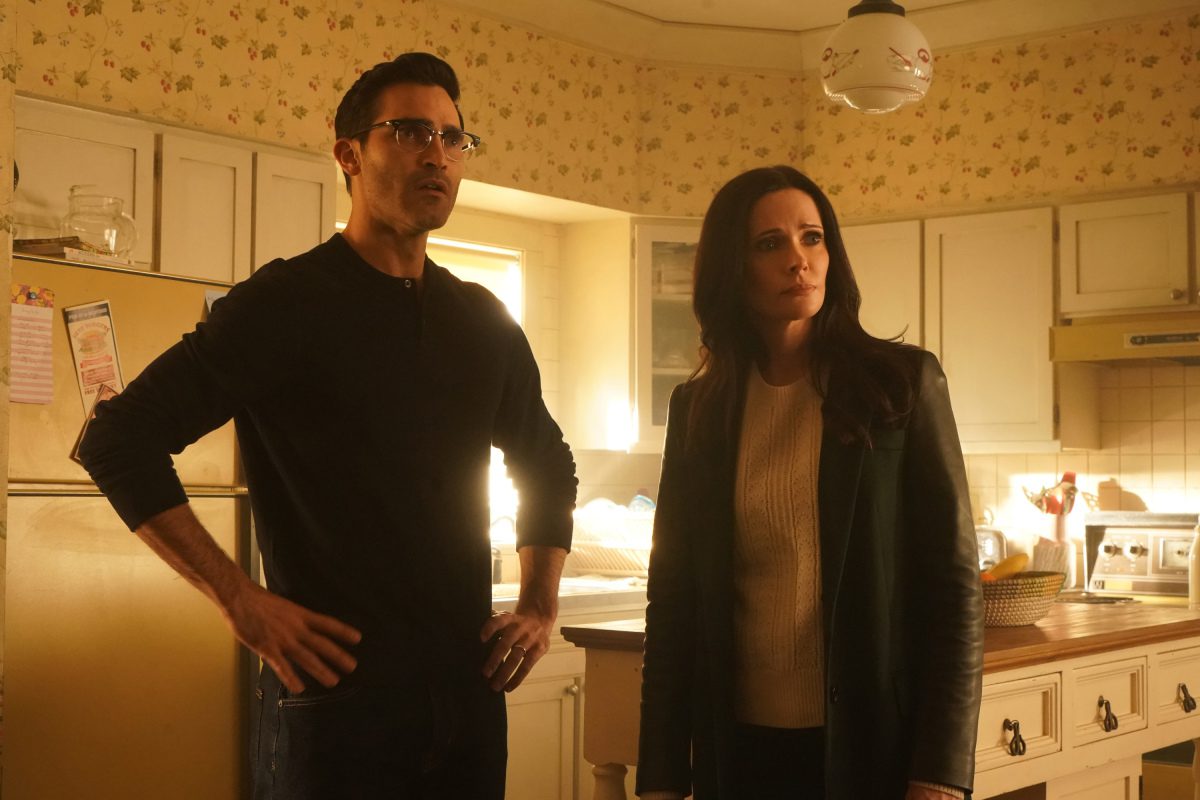 The other big problem is that this conflict comes about as the result of a really stupid plot point. When Clark finds Bizarro Jonathan stalking the streets of Smallville, he arrives to confront him… dressed as Clark Kent. Then, Lana walks out of a store, and he decides to let the superpowered lunatic from another dimension escape rather than reveal his secret identity. Why did he show up in his civilian clothing? Wouldn’t it make much more sense to touch down dressed as Superman? Even if Lana didn’t come along, there’s the chance that any number of Smallville residents could see him. Why take the risk when your secret identity is so precious to you? The entire mess could have been avoided if he had used half a brain cell, and it’s difficult to ignore that when the rest of “Truth or Consequences” depends on it.

However, the dilemma of truth vs. lies – specifically the lie about Clark being Superman – is the driving force behind the rest of the family’s conflicts. Jordan is losing Sarah because he can’t tell her about his powers, as that would give away Clark’s secret identity. Lois can’t warn Lana or Sarah about Bizarro Jonathan, and when she tries to smooth things over for Jordan, she ends up making it even worse. And when Sarah comes to them for help, all Lois and Jordan can do is brush her off with vague platitudes that come off as uncaring and dismissive. It’s enough for Lois to rethink the wisdom of Clark’s secret identity and wonder if it’s hurting more people than it’s helping, or if it’s even helping the people it’s designed to protect. As much as I dislike the dopey way “Truth or Consequences” gets here, I enjoy this plotline quite a bit because it’s a new wrinkle in the debate about whether a superhero should have a secret identity. Clark’s worked for a while, but it’s starting to put others in danger and fracture the trust he thought he’d built with his family. 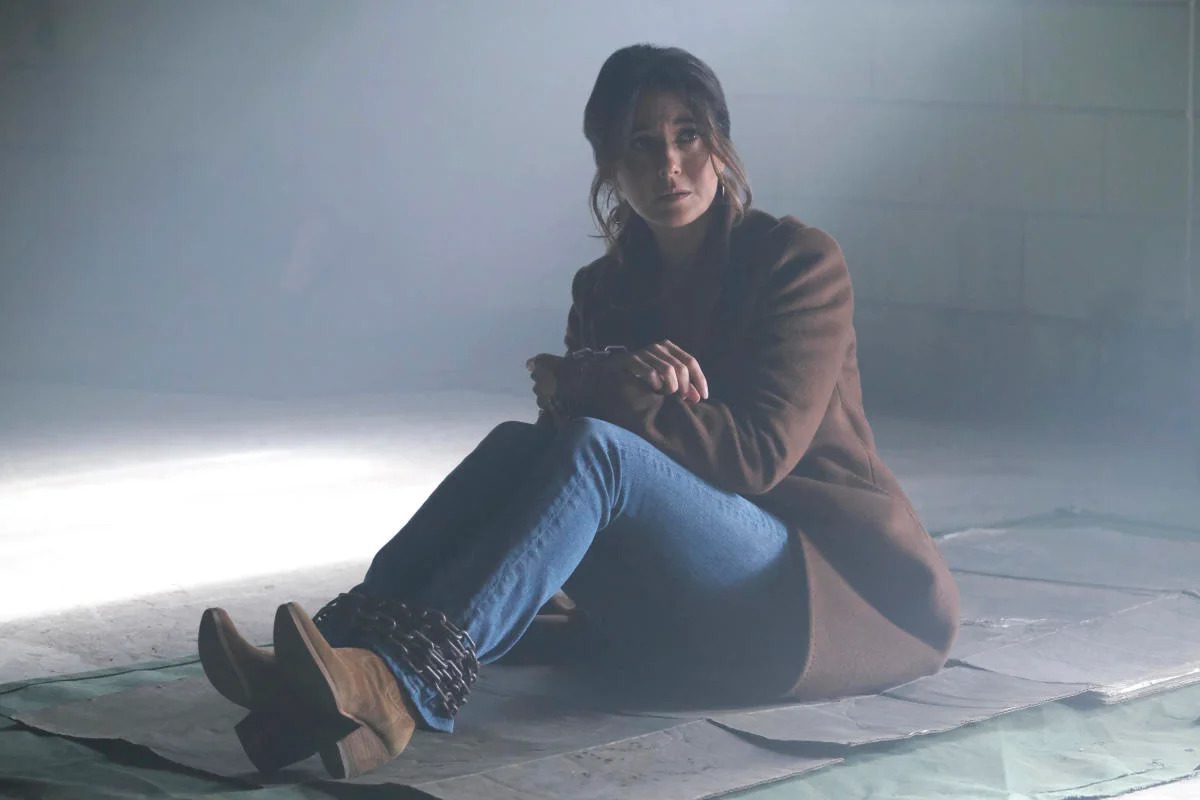 What Clark is missing is that he’s actually making the same mistake Bizarro did, but in a different way. He’s got himself caught up in being Superman as well, but instead of seeing himself as a celebrity, he treats Superman like a secret that must be kept at all costs, something only for him. He won’t train Jordan to be a superhero because only he can carry that burden; he won’t allow Jon to keep a secret because only he can know which are worth keeping and which aren’t; he won’t trust his friends or the rest of the world with the truth because they’d take away his life as a family man. There is a fundamental contradiction in this, as the man who claims to put his faith in the basic goodness of humanity doesn’t trust it to know his name. This is illustrated through Clark’s family and what they’re feeling knowing he doesn’t trust them; Lois laments that they’re being torn apart, and Jordan replies, “Maybe we’re not that close to begin with.” Is this not a fair assessment of Superman and the people he protects? In exploring this, Superman & Lois reveals itself even more as a masterclass in examining Superman’s flaws and making him human while not betraying his character.

The rest of “Truth or Consequences” is great as well. The subplot with John Henry and Natalie’s sidequest to help Superman isn’t much in itself, but the tension lying under it makes it much more compelling. Natalie sees the looming crisis as a repeat of what happened to her world, and the possibility of an army of Superman-level bad guys is something she doesn’t want to face again. John Henry’s attempt to comfort her and assure her that he won’t let it happen are sweet and what any father would do, but they ring hollow because he couldn’t stop it the first time, and he’s still not equipped to fight a legion of evil Kryptonians. I think John Henry and Natalie will be important in the final battle, whatever that may look like. It’ll have to be pretty spectacular because Superman & Lois hasn’t been skimping in the action department. The fight with Bizarro Jonathan at the end is a bone-cruncher, but what makes it so satisfying is how it’s informed by the earlier one, with Jordan looking completely outmatched before turning the tables on his arrogant opponent. Jordan’s “This is for my brother” is one of the most cheer-worthy lines on the show, and it nicely complements the soft, loving “Bro” Jon gives Jordan before reading his ill-advised letter to Sarah. These two look out for each other in whatever capacity they’re able to, and they’ve still got my favorite relationship in the series. Finally, Clark telling Lana that he’s Superman is a great way to cap off this leg of the trust arc; it’s a baby step where his family – and his philosophy – are concerned, but for Clark, it’s a big deal.

“Truth and Consequences” is a complex episode about broken trust and being flexible in the face of bad results. It mostly works, but is hurt by the stupidity of a major plot point and the ridiculous extent of Clark and Lois’ self-righteousness. But the action is terrific, the fear in John Henry and Natalie creates a looming dread for the finale, and the bond between Jon and Jordan is as heartwarming and potent as ever.

This episode was directed by David Ramsey aka John Diggle. He’s a great director his episodes are always great. Season 1 he directed the episode where we find out captain luthor is STEEL and in season 2 he has directed two episodes, S2 E2 and now this episode S2 E11. Hopefully he directs more episodes in S3 as well and maybe even guest star with Superman. I think a episode with just Clark and Diggle working together would be , right?