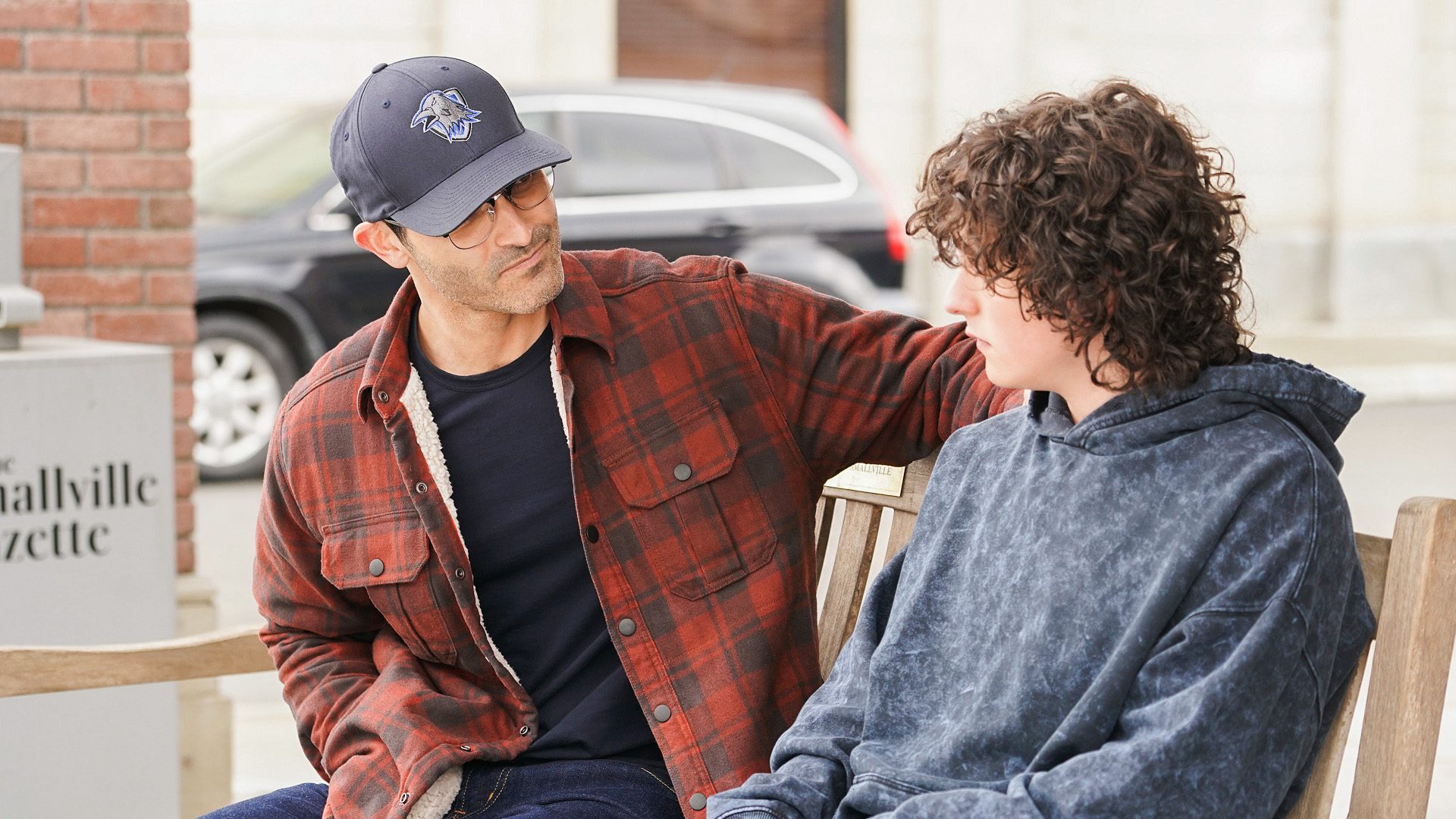 “All is Lost” gives away its purpose with its title; this is the episode where the stakes are raised, and the good guys are on the ropes with two installments left in season 2. But it doesn’t dwell on that; in fact, much of it is quite hopeful, seeing certain characters begin to emerge from the holes they’ve dug for themselves – particularly with other people.

Lois, Sam, and Chrissy make one final attempt to bring Lucy back from Ally Allston’s control. Clark explains the new status quo with Lana and her family to the boys. Natalie wants John Henry to let her help him more than she has in the past. Lana’s difficulties all come to a head at once. A Star Wars reference falls on deaf ears.

“All is Lost” begins with a flashback to Allston’s recruitment of Lucy Lane. These are the early days of her emerging cult, so Allston is appearing at small-town bookstores and giving talks to maybe ten people. But her first book is framed as a self-help guide, meaning she’s able to attract the lonely and the gullible. Lucy falls into the former category, and it’s because of Lois – or, more accurately, a combination of Lois and her mother’s abandonment. Lucy is feeling unloved, and while Lois’ bedside manner no doubt contributes to it (not to mention the long shadow she casts), having her mother run out on her is making her distrust anyone in her life. (Remember that theme from virtually every episode this season?) It also makes her a perfect target for Allston, who may just be the first manipulator who caught her eye. And Allston is a manipulator, meaning she’s an expert at knowing how to play on a lost soul’s emotions and fears. Lois is just a normal person struggling to make her sister feel wanted while she’s got abandonment issues of her own; she stood no chance.

Trust is, again, at the forefront of Superman & Lois, and “All is Lost” is about the characters attempting to get that trust back – and sometimes failing miserably at the most important moment. With Allston in hiding, Clark decides to focus on being a dad, which, to farm boy Clark Kent, means doing chores. But the awkward way he tries to connect with his sons gives way to something more honest. Sitting down with Jonathan, Clark finally initiates the heart-to-heart the two of them have needed for a long time. This scene gets better and better as it goes along, with Clark slowly unpacking Jon’s fears and assuaging them one by one, finally explaining why he became so distant and judgmental – fear that he could lose Jon. And now, instead of castigating a teenager who made a mistake, he supports Jon while acknowledging that it’s what he should have been doing all along.

With Jordan, Clark shows his understanding of the burden that keeping secrets will become for him, then nurtures the very thing keeping Jordan from Sarah: his powers. These scenes are wonderful and played perfectly by Tyler Hoechlin, who gets to be fun, wholesome dad Clark again. But then, he drops the ball. When he returns to the farm with Jordan, Jon feels left out once again, having to do barnyard chores by himself while Clark shows Jordan how to fly. This is the reason Jordan started taking X-Kryptonite in the first place, and just as he and his dad are patching things up, he’s sidelined in favor of his superpowered brother. Now, the Kents are at odds again, just as Superman has to go into action. 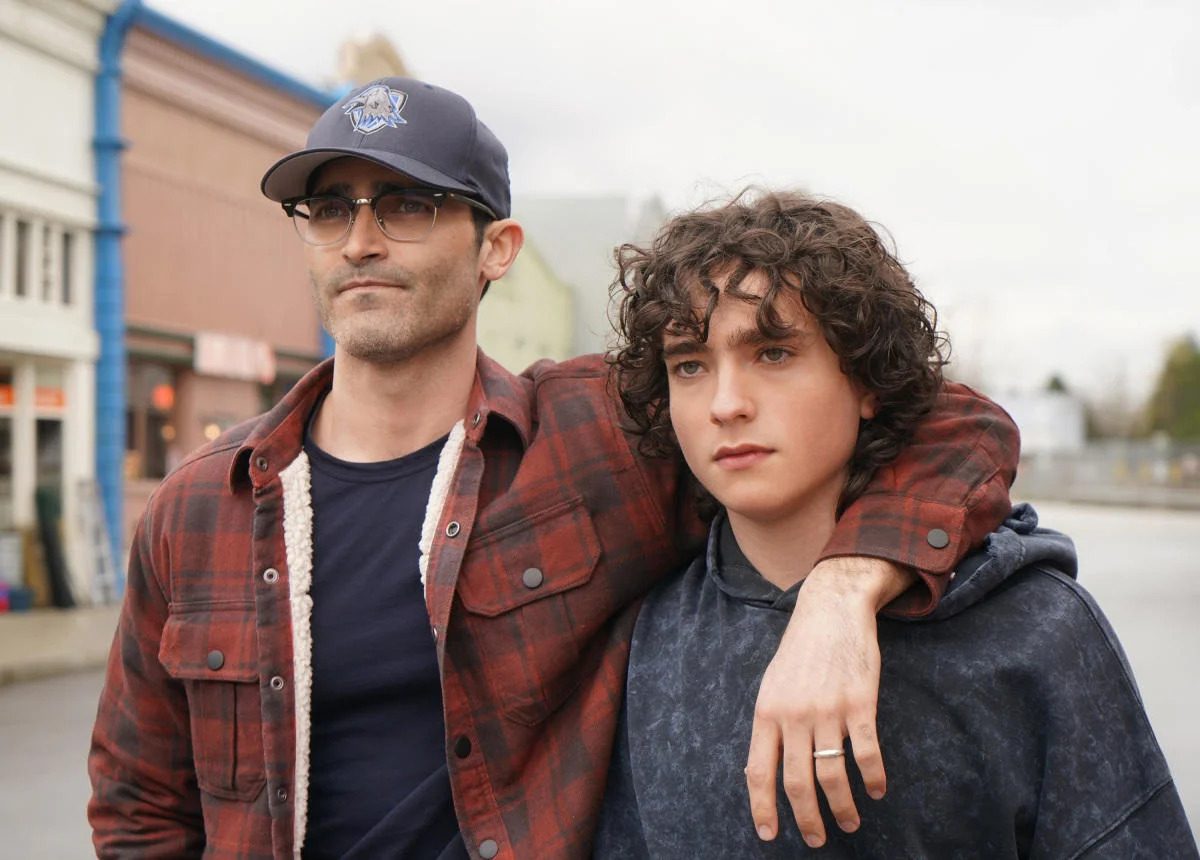 Also dropping the ball is Lana, who does so left and right in “All is Lost.” She sees the video of Sarah singing at the bar and gets angry because it brings up the anger she still feels toward Kyle. Then, when Jordan comes to ask for her help with Sarah, she nastily rebuffs him, seeming to go out of her way to hurt a kid who’s only ever tried to make her daughter feel loved. In contrast to Clark’s plotline, though, Lana makes mistakes and then rectifies them instead of vice versa. When Kyle goes to talk to her, every sign is pointing to a blowup… but the opposite happens. Seeing Kyle makes her anger go away, and she understands how unfair she’s been to everyone, how she’s wallowing in bitterness and spreading it to all those around her. Lana ends the episode sitting with her family in the diner, celebrating their achievements and the love they still share – even her and Kyle. I’m now pretty certain the Cushings will repair their marriage, and I suspect part of that might be Lana telling Kyle about Clark.

Then, there’s Lois, Lucy, and Sam, who are kind of a combination of the two. Lois and Sam decide to try to save Lucy one more time, and once they locate her, they try a frantic mix of methods to convince her to leave Allston for good – and the mix of methods is what works. At first, Sam tries to force her to talk to them by handcuffing himself to her (with sci-fi military cyber-cuffs, of course). But forcing her hand gets her and Lois talking, which makes Lois acknowledge that she played a role in driving Lucy away. It also serves as a moment for the girls to tell Sam that he isn’t the cause of their problems but the constant that kept them from losing themselves completely. Once they’ve talked, Sam releases Lucy, letting her make the choice for herself. And it looks like she may be ready to turn her back on Allston – right until the master manipulator plays her like a fiddle again. As with Lana admitting her shortcomings, it takes an act of self-sacrifice – this one slightly more severe – to show Lucy what Ally Allston really is, and while her father lies near death in the woods, the final remnants of Allston’s control melt away. As with the earlier scene, it’s her father’s love that saves Lucy Lane. 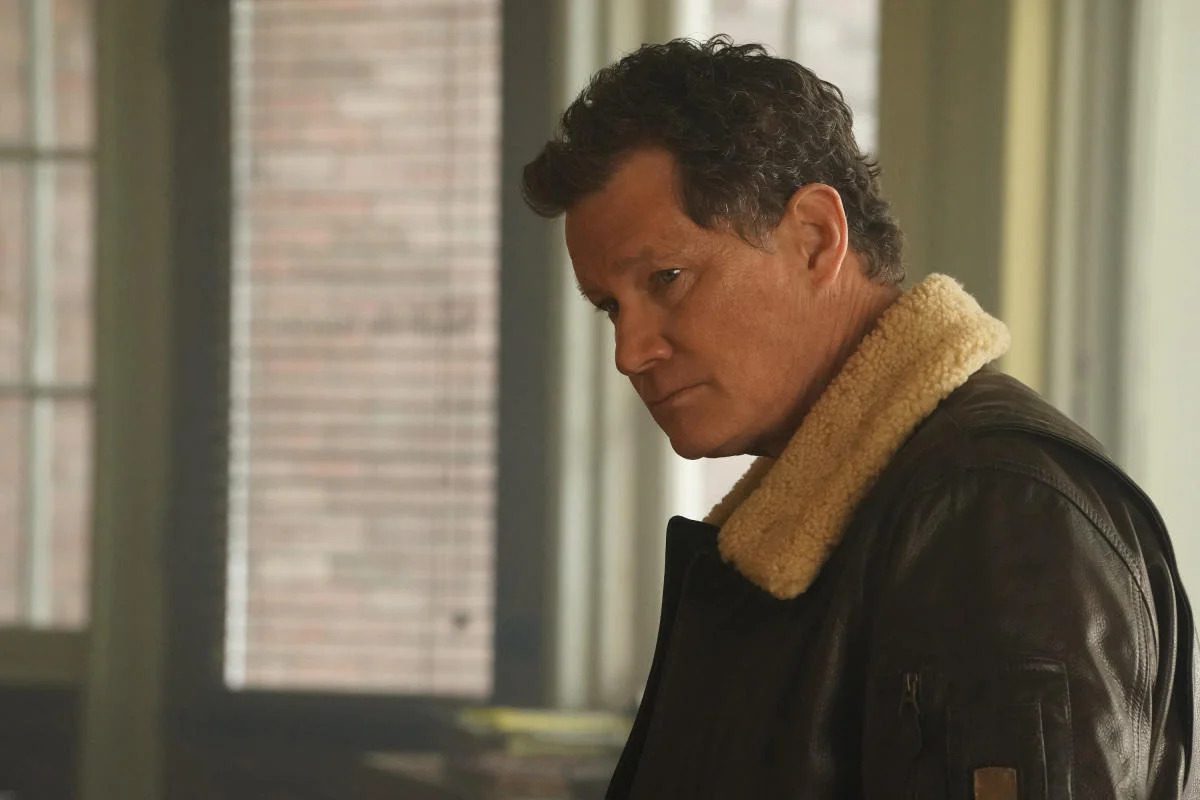 Finally, we come to John Henry and Natalie. The reveal of Natalie’s suit from “Lies That Bind” pays off in “All is Lost,” and John Henry doesn’t like it one bit. He refuses to let Natalie go into battle with him and determines to destroy her suit before she does anything crazy. Natalie has gone from wanting to live a normal life on this new Earth to embracing that normal isn’t in the cards for a superhero’s daughter, especially one with scientific and technological aptitude like she has. And John Henry has been doing everything he can to let her have that normalcy, despite it never working out that way. Now, the man who lost his wife and his entire world to a supervillain is being asked to let his daughter fight one alongside him, and it’s a step too far. John Henry comes around, of course – though it comes a bit too quickly and apropos of nothing, a victim of the abundance of plot threads this week – and watching him and Natalie save the day is satisfying. It’s also executed just right, with Natalie being able to shine without overshadowing her father.

And now, the episode lives up to its title. All appears lost, as Superman is at death’s door, Allston is merging our world with Bizarro World, and nobody capable of stopping her is around and in fighting condition… except maybe Jordan. We’re headed for my most hated superhero trope, the hero losing his powers, but so much of the story is focused on Jordan following in his father’s footsteps that it could work better than it usually does this time. Two to go, and with a buildup that’s been this consistently good, we need a bang-up big finish.

“All is Lost” returns to the trust theme, seeming to tie up some of the conflicts that have been brewing all season while taking a couple of steps back with others. John Henry and Natalie’s subplot falters a bit, but this is another good episode.