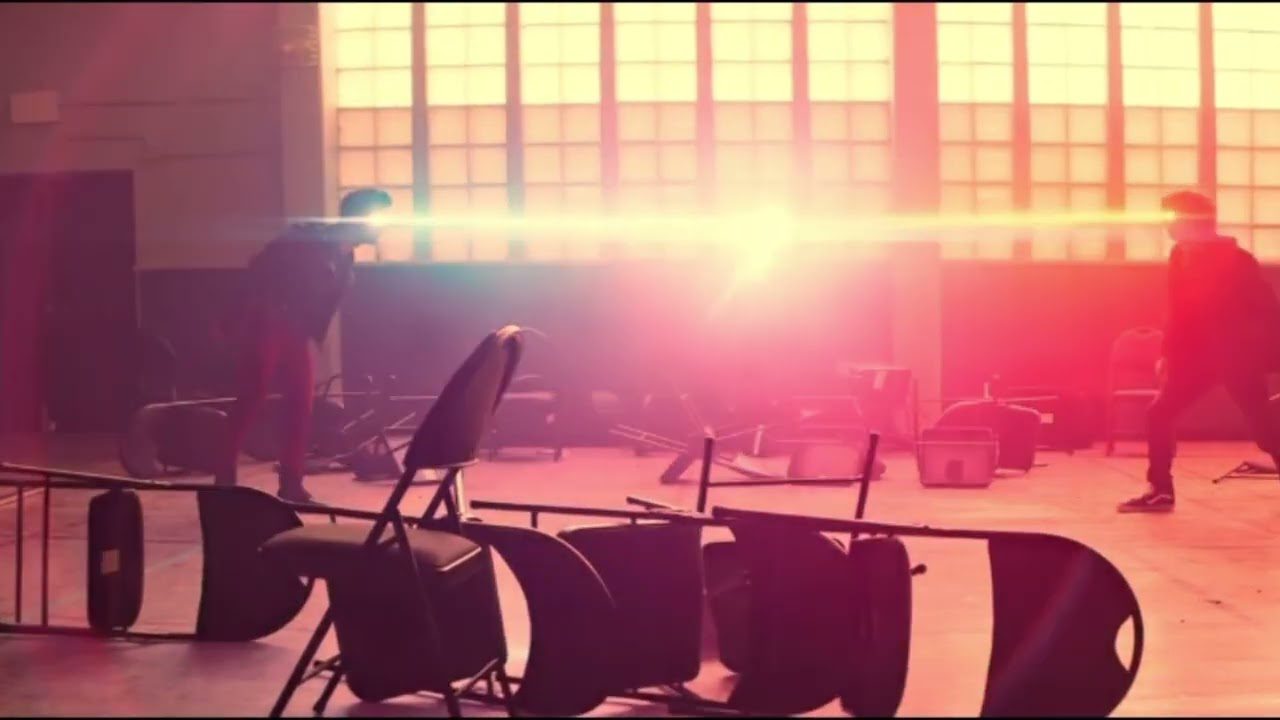 Superman & Lois has been speeding towards the big climax, but there’s one more episode to go, so things had to slow down a bit. “Worlds War Bizarre” acts mostly as the set-up for next week’s season finale, and as such, it’s not the most exciting episode – until the end, that is.

Superman recovers from his encounter with Ally Alston, but his powers are gone, which means he can’t fight Alston or her minions. Lois, Chrissy, and Lana wrestle with how best to help Smallville as the threat to Earth looms. With Superman effectively benched, John Henry and Natalie prepare for battle while Jordan doubts his ability to protect his family.

“Worlds War Bizarre” doesn’t insult us by wasting time making us wonder if Superman will wake up from his coma. He’s up and about almost immediately… in a sense. Alston did quite a job on Superman, and his powers are completely gone. Now, if you read much of my work, you know I’m beyond sick and tired of seeing superheroes lose their powers so they can learn that the real hero was inside them all along. It’s been done to death, it’s no fun, and it’s a lesson the hero can learn in plenty of other ways. But I wasn’t all that bothered in “Worlds War Bizarre” because it works better than almost anywhere else. Seeing Superman limping up a flight of stairs as he struggles to navigate the world as a human is demoralizing, and the rest of the episode is about why this hits us – and the other characters – so hard.

Yeah, the familiar “It’s your heart that makes you a hero” beat is here courtesy of Lois, but “Worlds War Bizarre” explores what that really means. Everyone around Clark loses a bit of themselves when Superman isn’t around, and their fears mirror those of the audience because it’s unnerving for us too. Lois is correct; Superman is about hope more than anything else, and taking him away means rendering those who look to him hopeless. Jordan, who was eager to get into the fray and be a hero like his dad, suddenly doesn’t think he can protect anyone from the Bizarro superpeople to the point where he has a nervous breakdown. (Getting knocked around by Bizarro Lana doesn’t help, of course.) Sam forgets the lessons he learned through Superman, the decency he’d left behind until Superman made him believe in it again. Lois doubts her instincts about telling Smallville the truth about Alston and Bizarro World. And Smallville itself refuses to believe Lana, who’s always been honest with them, about the danger they’re facing. A world without Superman is a depressing place to live.

That’s where Lois’ pep talk comes into play. Clark may not have his powers, but the world isn’t really without Superman, and once he understands that, he helps Lana tell the crowd at her town hall meeting that the threat from Alston is real, and they believe him. One by one, Superman makes everyone around him believe in all the things he stands for, the things he can bring out in them. When Sam tells Lois not to tell Smallville about the danger, Clark is opposed to it, and Lois ultimately agrees and sides with truth, just like Superman would. Sam laments that Superman saved him, believing again in necessary sacrifices, even if it’s himself. But Clark disabuses him of that, reiterating that no life is worth sacrificing, and the “especially you” lets Sam know what Clark thinks of him. As a result, Sam accompanies them to the town hall meeting, finally abandoning the greater good and supporting the truth. And Jordan, when faced with losing the people he loves, trusts his powers and fights for them, becoming the image of his father. 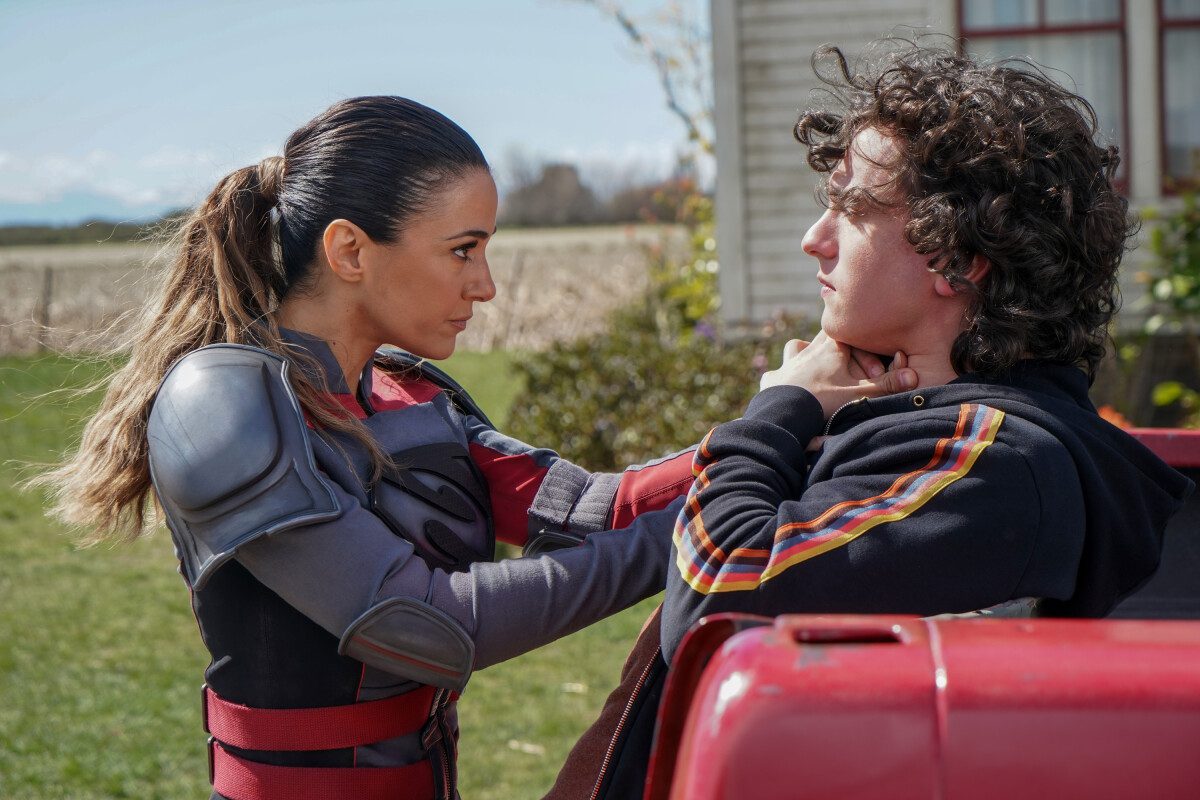 I said the word “truth” a lot there, and that’s because the season’s central theme is front and center in “Worlds War Bizarre.” Truth is the right answer every time, and once everyone embraces it, things start looking up for Smallville. Alston’s two main lieutenants have been defeated, the populace is prepared for the dark days ahead, and the few people who can put up a fight are ready to do so. The exception is Sarah; Jordan reveals his powers to her to save her life, and her perspective on the previous few months suddenly starts shifting. She understands not only that Jordan had a reason for letting her down but that her mother lied to her about it. Now, there’s a rift between Lana and Sarah, one that it will take a long time to repair – time they may not have as the two universes start to merge. This feels like another step towards Lana and Kyle getting back together; Kyle tells Lana that the truth always comes out and that a decent person faces it head-on instead of covering it up, as Kyle did with his affair. Now, Lana has done the same to Sarah, and a relationship has been ruined over it. I hope this carries over into next season because I don’t think one episode will be enough to satisfyingly wrap it up, especially with the huge battles it’s sure to have.

The final element of “Worlds War Bizarre” is another parent/child relationship. John Henry and Natalie have become a team, and they save Jordan from Bizarro Lana just by showing up and looking scary. (Although I have to say, this is kind of dumb; she just took down someone with Kryptonian powers, but she’s afraid of two people in mech suits?) With Superman out of action, John Henry takes on the responsibility of fighting Alston and trying to stop the interdimensional merger, and Natalie is right behind him. But John Henry succumbs to deceit like Lana did; he freezes Natalie’s suit to prevent her from following him through the portal. It’s a dirty trick, but one any father would pull under the circumstances. And while it frees up Natalie to help Jordan stop the Bizarro thugs, it also means she loses contact with her dad when he’s in danger and has to wonder if she’ll ever see him again. And if he does return (which I imagine he will), will she be able to trust him anymore? 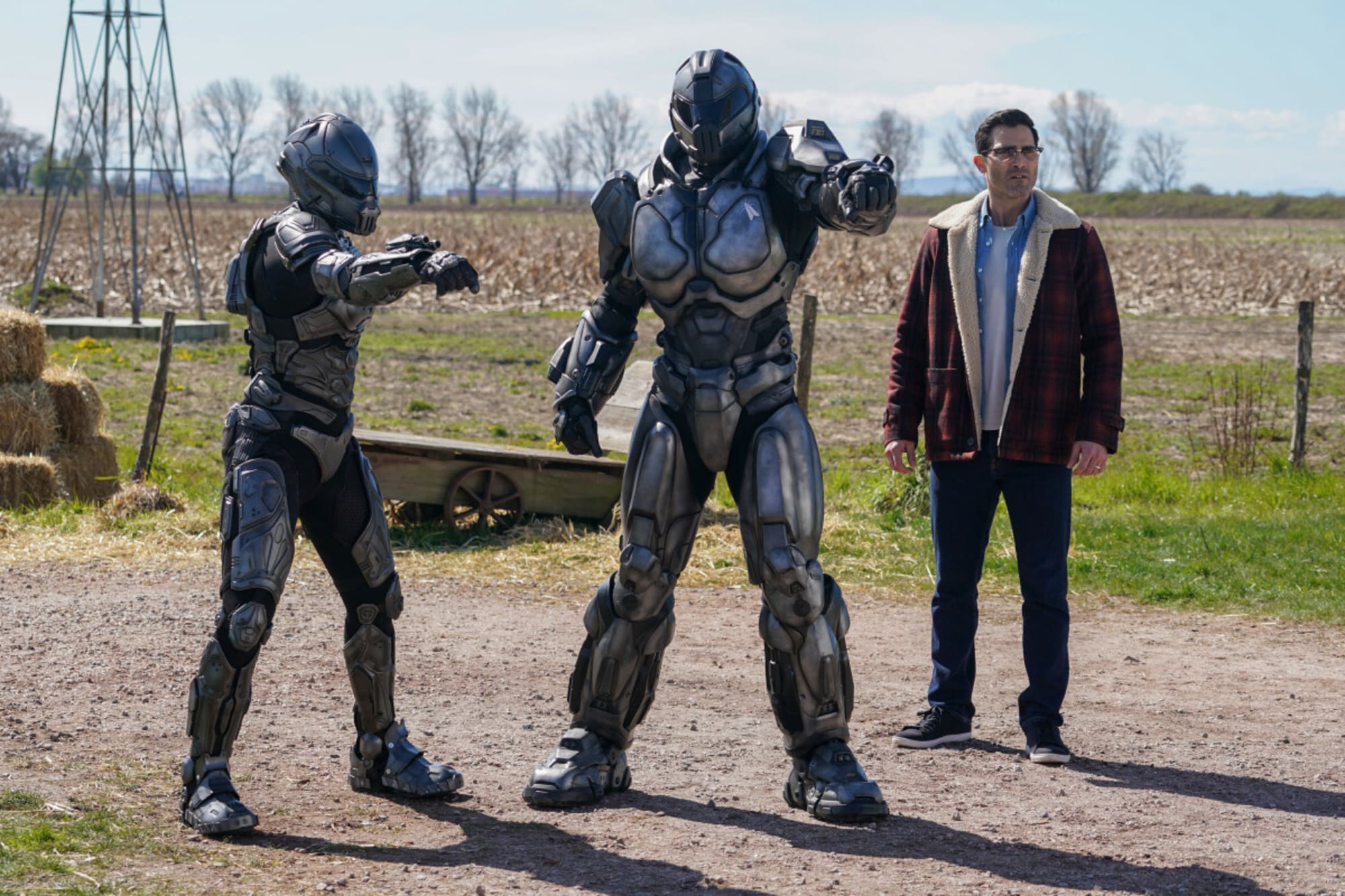 If that doesn’t sound particularly action-packed, it’s because it isn’t. “Wars World Bizarre” is the calm before the storm, and it’s slower than most would probably want at this point in the season. And while it’s never boring – all of the slow stuff is character-building and thematically relevant – it can be a little trying, especially given the title. But the last leg of the episode suddenly kicks things into high gear with a terrific fight that sees Jordan taking on Bizarro versions of Jonathan and Lana with his dad lying broken on the ground and the rest of his family about to be pulverized. Between the danger to the Kents and Jordan doubting himself, there are palpable stakes, and it looks like curtains a couple of times. Natalie showing up in the nick of time is perfect, and the final shot with the hammer is immensely satisfying. It isn’t a perfect episode – I wish Jonathan had more to do, especially with Jordan, and even if they wanted to hold off on the action, I’d have appreciated a little more suspense or dread throughout. But I’m ready for the finale, big time.

“Wars World Bizarre” is a slower-paced set-up for the finale, once more examining the importance of truth and what makes Superman a hero. It isn’t all that exciting, but a big fight at the end makes up for the leisurely pace.