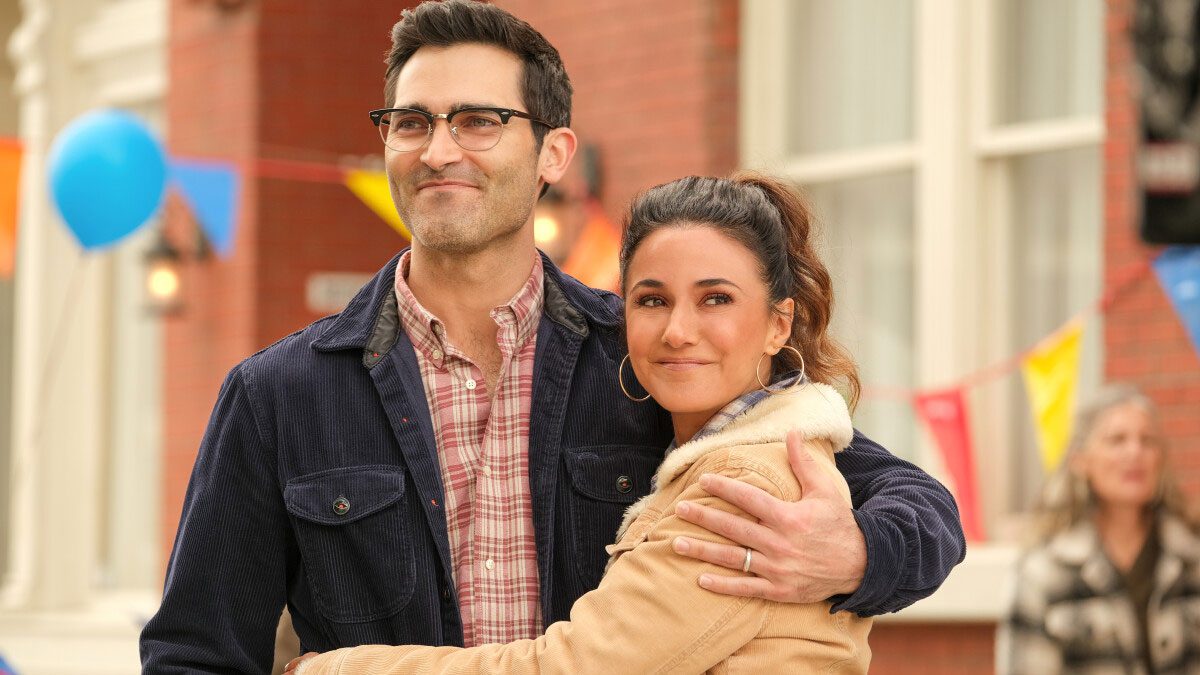 “Waiting for Superman” is the perfect kind of finale, for a TV season or any other story. It marries big, apocalyptic spectacle with the personal stories that have run through the past fourteen episodes. And as a microcosm of the show, it demonstrates what Superman means to the world and the individual.

As Earth merges with Bizarro World, the heroes make a last-ditch effort to stop Ally Allston and save two planets. But what hope is there without Superman?

The early scenes of “Waiting for Superman” establish how dire the situation facing the world truly is. People are disappearing left and right, with their alternate-universe doubles popping up like images in a funhouse mirror maze. The skies are darkening, people are panicked as they look for lost loved ones, and ominous lightning emits from a merged Ally Allston’s outstretched fingers as she pulls together two worlds. Allston cuts a demonic figure, floating in space with a twisted, self-satisfied grin as the pleas of those she’s torturing seem to feed her. The special effects are great here, as they are later in the episode; the mystical lightning looks real, as does the planetary realignment it causes. The result is the palpable feeling of hopelessness.

This, as much as last week’s “Worlds War Bizarre,” is the set-up for the bulk of the finale, which shows what Superman means to the world – specifically that he gives us hope, and that hope inspires us to be the best of ourselves. With Clark powerless, those around him have to step up to the plate and do all they can, even if they’re no Superman. Tal returns to risk his life in the vain hope of saving the planet he once vowed to destroy. (This reminded me of Spike showing up to help Buffy a couple of times; I know I bring up that show a lot when talking about the Arrowverse – and, admittedly, I’m biased – but I’m convinced these writers use it as inspiration.) John Henry and Natalie are ready to sacrifice themselves to save their adopted home. Jordan flies into space to rescue the man who tried to kill him just a few months ago, even choosing to save Tal over trying to finish off Allston. (Recall what Clark said to Sam last week: “Saving a life is never a mistake, Sam.”) All of them put their lives on the line to do what Superman would have done because he inspired them to be heroes.

But what happens when the ordinary – even the most extraordinary of the ordinary – have done all they can, and it’s not enough? Then, it becomes a job for Superman. When it’s done with the others giving of themselves, “Waiting for Superman” portrays that trait in Clark, requesting Tal’s help in what seems like a suicidal act of self-sacrifice (which I think comic book fans will recognize as a “sun dip;” I haven’t read any comics with this plot point, but I get a lot of those Quora emails, and those guys can’t stop talking about it). And this is where hope comes in; when everyone is ready to count him out and accept the worst, Sam Lane – the cynical, compromising military man – tells his grandsons to have faith in their father, just as he has. And, crucially, he doesn’t call him “Your dad” or even “Clark;” Sam tells them to believe in Superman. This has been Sam’s character since the beginning of the series, the dark and damaged soul who believed in good again because of Superman’s example, and his hope steadies Jonathan and Jordan when they need it most. Once Superman is back, that hope spreads through Smallville as Superman streaks through the skies to save the world again. 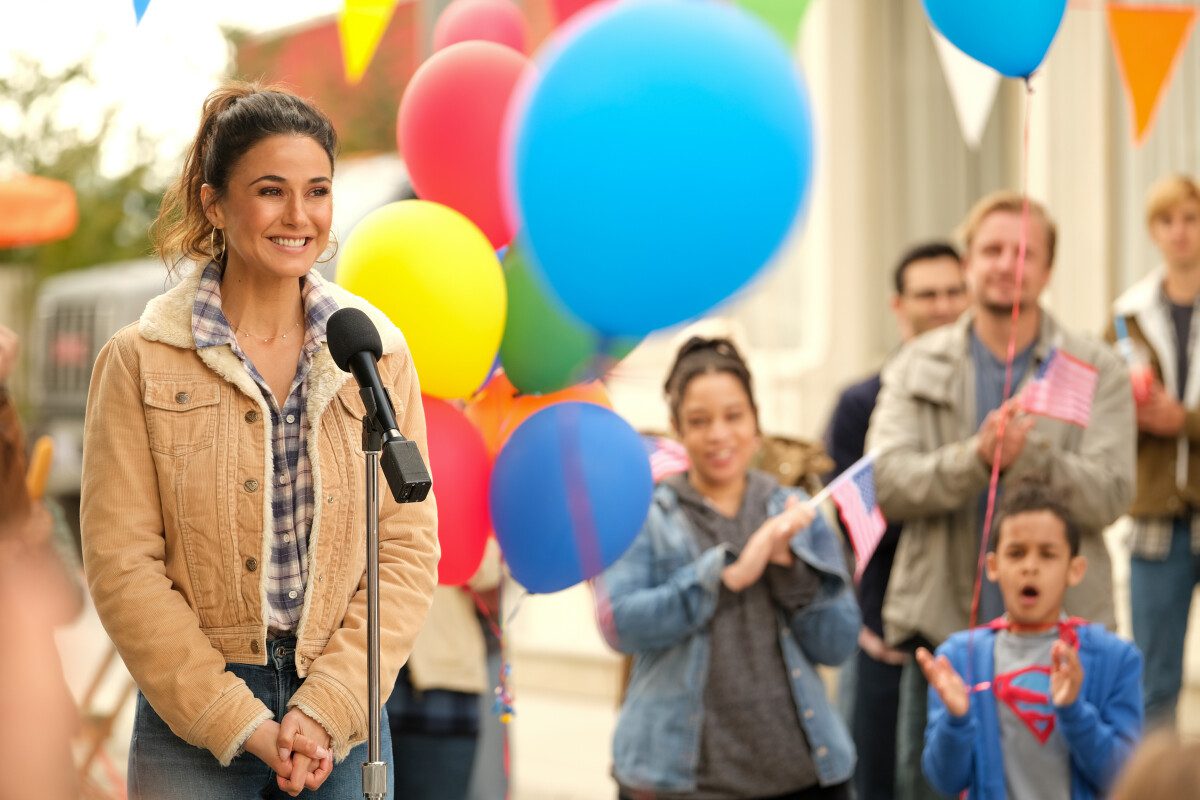 This is what makes “Waiting for Superman,” and Superman & Lois, work so well. It understands who Superman is and what he represents, then demonstrates it in the story. This isn’t a dark, “grounded” movie paying lip service to hope and then showing the opposite. This is the story of a man who lives those ideals even when it’s inconvenient, who strives to bring out the best in others, and who succeeds by being a good man despite his immense power. Tal started as Superman’s opposite number, a man with Kryptonian might who used it for his own purposes, no matter who he hurt in the process. But through Superman’s example and his faith that any man can be saved from his own darkness (like Lieutenant Anderson a while back), Tal is now willing to die for others. Superman shouldn’t be turned into a darker, more “relatable” character; he should be contrasted with those characters and, in some cases, maybe even change them. If you watch Professor Geek’s channel, he talks about Superman as an aspirational hero all the time; Superman & Lois gets that.

The battle against Ally Allston ends fairly early, with plenty of time left for character work, and “Waiting for Superman” gets that right in ways I wasn’t expecting. Chief among the surprises is Sarah actually apologizing for kissing someone else over the summer and meaning it. I hated how this was handled early on, but this makes up for it by acknowledging that she received terrible advice from her screwed-up parents. Jordan and Sarah are still kids, and it’s easy to overlook that when assessing their actions; admitting their faults to each other is a step in them growing up and becoming their own people. Conversely, Lana and Kyle don’t have a happy ending – yet, at least. Everything in the last few episodes, this one included, pointed to them getting back together, but Lana’s response is more understandable. Infidelity is not something that can be forgiven and forgotten overnight (even though Lana is a politician now, hardee-har-har), and even if they do repair their marriage one day, it will never be the same. It’s sad, but it makes sense. 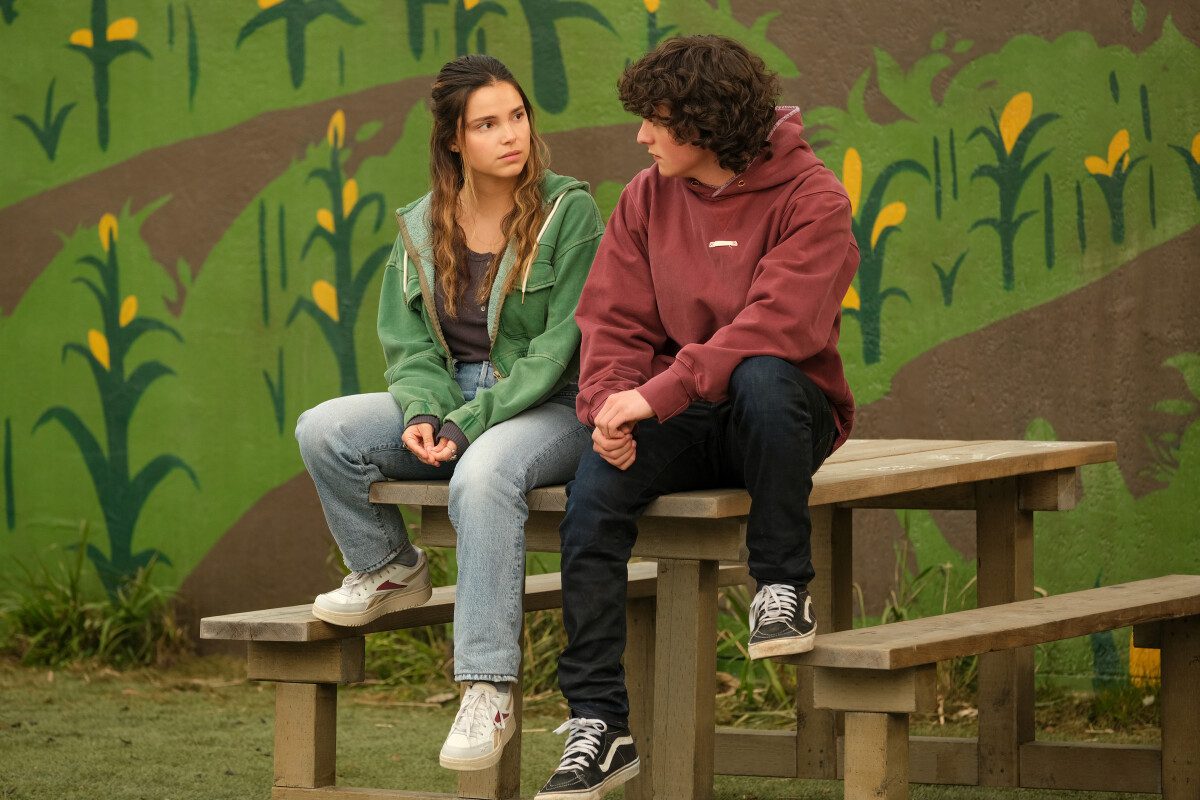 There are some hiccups, though, and they come in these last few scenes (even aside from the stupid “Truth, justice, and a better tomorrow” thing, which I hate; if you don’t want to say the real one, please just leave it out altogether.) So Lois has now told Chrissy that Clark is Superman, and this is just too silly for me. I get that they’re trying to be a little looser with the secret, but Chrissy is such a minor character, and the show doesn’t give much of a sense of her and Lois’ friendship. That’s fine for the most part because she functions mainly as a way for Lois to keep being a reporter, but I don’t for a second believe Lois would want to tell her about Clark. Based on their exchange at the block party/dance/Thank You For Saving Us Superman Jamboree, it sounds like Clark gave Lois permission to tell her (and his reaction to her constantly staring at him is funny), but it’s a big stretch to let Chrissy in on this. (Also, I’d ordinarily say the editor of some Cropduster Weekly paper scoffing at the credentials of someone who worked for a major publication is ridiculous, but given the state of the news nowadays, I get it.)

I also found Lois’ visit to the two Allstons clunky; it comes out of nowhere and feels like a tacked-on scene to explain Allston’s motivation. You could maybe argue that Lois is naturally inquisitive and would want to know, but it serves no purpose other than exposition to make sense of something that’s already happened. It also highlights how undercooked Allston has been as a villain, as we need a shoehorned-in scene five minutes before the end of the finale to understand why she was trying to do some cosmic-level evil in the first place. I also would have liked a little more with Lucy Lane; her induction into Allston’s cult was a major plotline this season, but she only shows up at the tail end to say goodbye to Lois. Having her involved with the action, or at least at the Kent homestead, would have made her feel more integral to the plot. It also would have been better than Bizarro Lois showing up to do absolutely nothing except set up a joke from Tal (which, admittedly, was pretty funny). 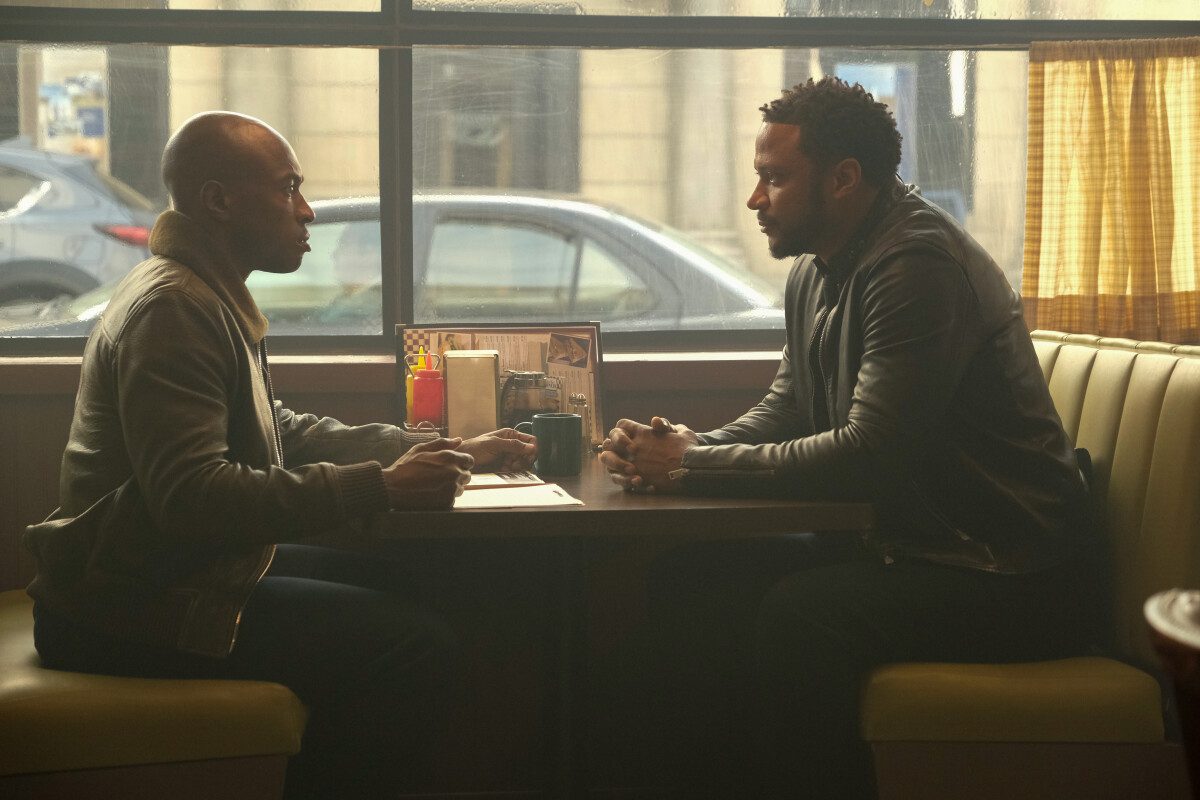 It seems people are upset about the implications of the series’ place in the Arrowverse as well, which appears to be an alternate universe; it doesn’t make sense after “Crisis on Infinite Earths,” but then, this whole season doesn’t make sense in light of that, and “Crisis” sucked, so I don’t mind. Diggle turning up is much the same; apparently, this is an alternate-universe version of Diggle, who is also a member of ARGUS and is recruiting people like Steel. It’s weird, but again, I don’t mind. There’s been so much wonkiness over the years that I’ll just assume it has something to do with something Barry Allen or Eobard Thawne did and leave it at that. And it’s worth it for that rousing speech from Sam, cementing Superman as the greatest hero on any Earth. And that’s what “Waiting for Superman” does too.

“Waiting for Superman” is a stellar finale that satisfyingly ends the season’s storyline while reminding us of what makes Superman so special. Some character arcs drop the ball, but others work well, and it’s hard not to be happy with this ending.