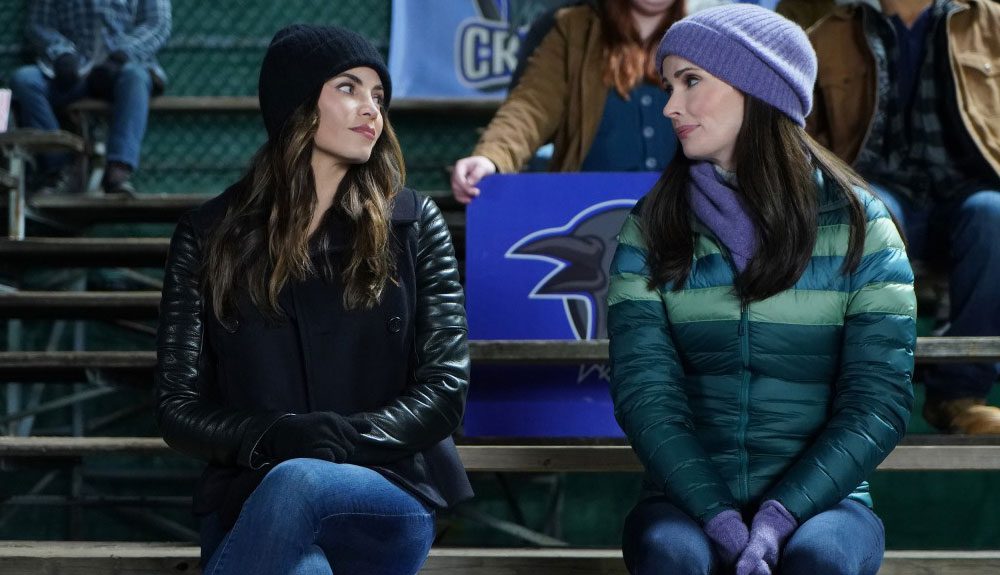 Superman & Lois has been dealing with trust this season, and “Tried and True” explores that theme through all the main characters who’ve been on one side or the other of betrayal lately. This is a relatively quiet and character-driven episode, but a tightly written one, with every plotline exploring the ramifications of broken trust. But it still manages to have a couple of cool fights for good measure. (And they ought to be good; they’re directed by the Pink Ranger, Amy Jo Johnson!)

Superman learns more about Bizzaro’s mission. Sam tries to get Lois and Lucy to reconcile. Jordan grows suspicious of Jon’s new powers. Lana weighs her options in light of Kyle’s affair. Lieutenant Anderson feels pressure to stop Bizzaro but doesn’t know if he can trust Superman.

The opening of “Tried and True” is an attention-grabber: Bizzaro’s final acts before traveling to our world unfurl in an acted-out recounting, where he slugs it out with a team of soldiers – lead by Lana clad in Kryptonian garb! – before finding his Earth’s version of Ally Alston and grabbing her pendant. It’s a well-staged hallway fight that reframes Bizzaro as the protagonist, making his way through a squad of enemies to reach his goal, which complements the reveal from last week. This is the “show, don’t tell” part of presenting him in a new light. This also casts the pendant as Superman’s MacGuffin more clearly than the previous episodes; we’ve seen the mirror version of him looking for it, and now that quest falls to Clark. But the rest of the conversation clarifies that Superman will go about this differently than Bizzaro: he won’t kill, whether it’s Alston or anyone who may get in his way, in contrast to Bizzaro, who sees his victims as collateral damage. This opening sequence also sets up the episode’s theme, because Superman must now trust the man with whom he’s been in conflict.

All of the plotlines in “Tried and True” revolve around trust, as have most of this season’s episodes. This time, Superman & Lois explores what characters do when they feel their trust has been broken or was never reciprocated. Lana and Kyle’s is the obvious starting point since she and Sarah – and seemingly the whole town – learned of Kyle’s adultery. Lana is heartbroken, Sarah is angry, and Sophie is confused and worried that she won’t see her dad again. Emmanuelle Chriqui is great this week; Lana has to be strong and comforting for her daughters, doing her best to hide that she’s falling apart, and present a similar strength when faced with Kyle, who appeals to their history to coax her into forgiving him. It isn’t until she’s either alone or with Clark that she can let her true feelings out, and Chriqui delivers that without any CW overacting. Her discussion with Tonya is similarly subdued, less an angry confrontation than a series of honest questions through which Lana can evaluate her marriage. This is probably the most interesting Lana’s been yet, and while it feels a bit tawdry to say that about an affair storyline, it’s true nonetheless.

The Kents/Lanes are dealing with their own trust issues, and “Tried and True” teases possible reconciliations on those fronts too. Instead of prolonging their estrangement, Sam brings Lucy to Lois and gets them to talk to each other again. This is perfect because it’s completely in character for Sam, and it casts someone with two adult children as the father once again trying to make peace when his daughters are at war. What underlies Sam’s scenes is that, despite how often they butt heads, it’s obvious that Lois gets her headstrong personality from her dad. For a while, the reunion goes well; the Lane sisters joke about Sam (and, by the way, he’s totally right about The Delta Force and how awesome it is), Lucy reacquaints herself with Clark and the boys, and they even attend Jon’s football game as a family. But as soon as Alston and the cult come up – right in the bleachers during the game, which I’m sure Jonathan appreciated – tensions flare, and a permanent truce seems less likely than it did at the dining room table. 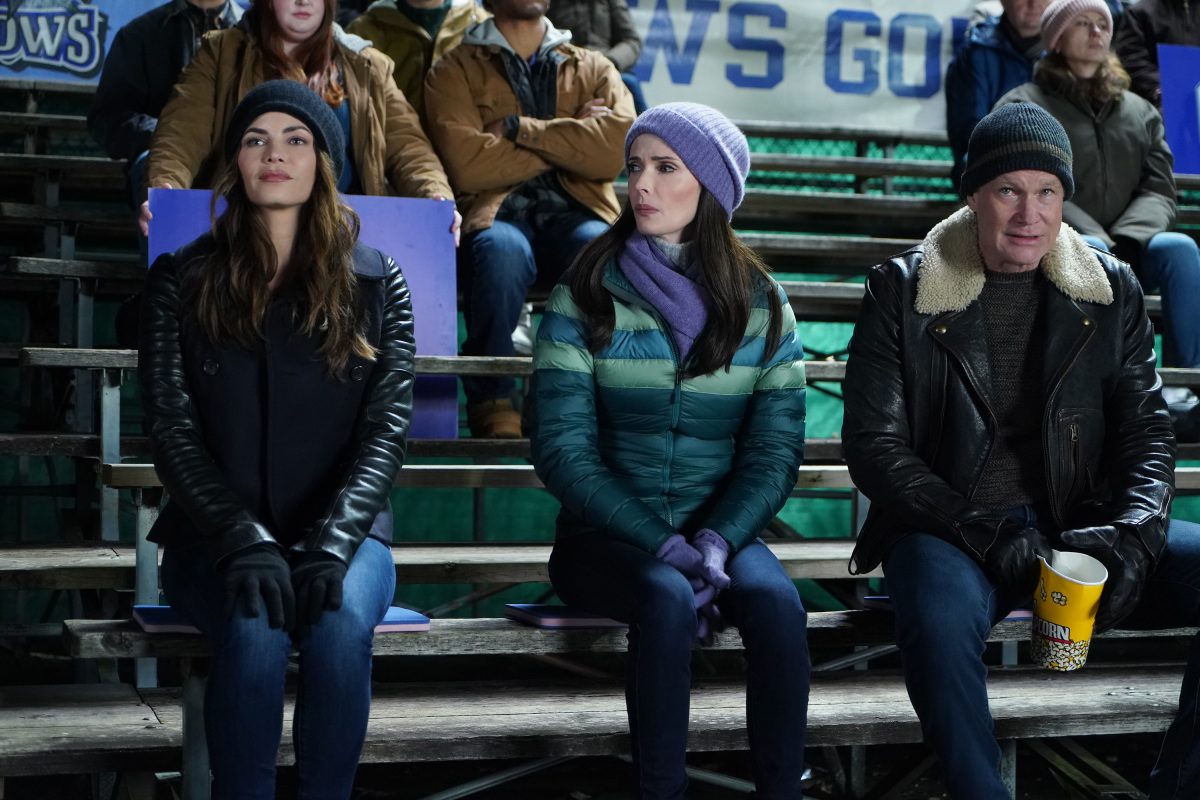 That football game brings another conflict to a head as well. Last week, Jon told Jordan he was developing powers of his own due to his Kryptonian lineage, masking the super-strong results of his dalliance with X-Kryptonite. “Tried and True” finds Jordan still ecstatic at the notion that he can share this new aspect of his life with his brother. But the more he talks to Jon, the more doubtful he grows. His normally level-headed brother, the guy who understands him more than anyone and has been helping him learn to use his powers, is suddenly snappy and irrational, accusing Jordan of being selfish and wanting to deny Jon’s abilities. The dubious explanation for the Star-Trek-looking inhaler Jon drops from his book bag doesn’t help either. But when Natalie lets slip that those inhalers are how people have been dosing themselves with X-Kryptonite, Jordan finally puts it together and confronts his brother, who not only cops to it but defends his decision to take the ultimate performance-enhancing drug. The parallels to Lois and Lucy are clear, with one sibling trying to stop the other from self-destructing; Sam being the one to walk in on their argument is not an accident, and now he finds himself in the middle of two family squabbles.

Finally, there’s Superman and Lieutenant Anderson. Given his clear distrust and attempts to work around the Man of Steel, Superman finds it difficult to trust Anderson. But Anderson has the pendant he needs to destroy, the one that will allow Alston to become some super-powerful being and destroy multiple worlds. He’s got no choice but to go to a man he doesn’t trust for help, letting him in as much as he can. However, Anderson is in a similar position with his superior – and, later, the mother of one of his dead super soldiers – holding him directly responsible for Bizzaro’s victims while praising Superman. But from his perspective, not only has everyone’s hero failed just as badly as he has, but Superman doesn’t trust him. It’s by necessity that Superman tells him about capturing Bizzaro, and through spying that he discovers where Clark went after he left their makeshift meeting. I had assumed Anderson would end up being the main villain, or at least one of them; that may still happen, but “Tried and True” humanizes him and gives him an understandable perspective on his conflict with Superman. 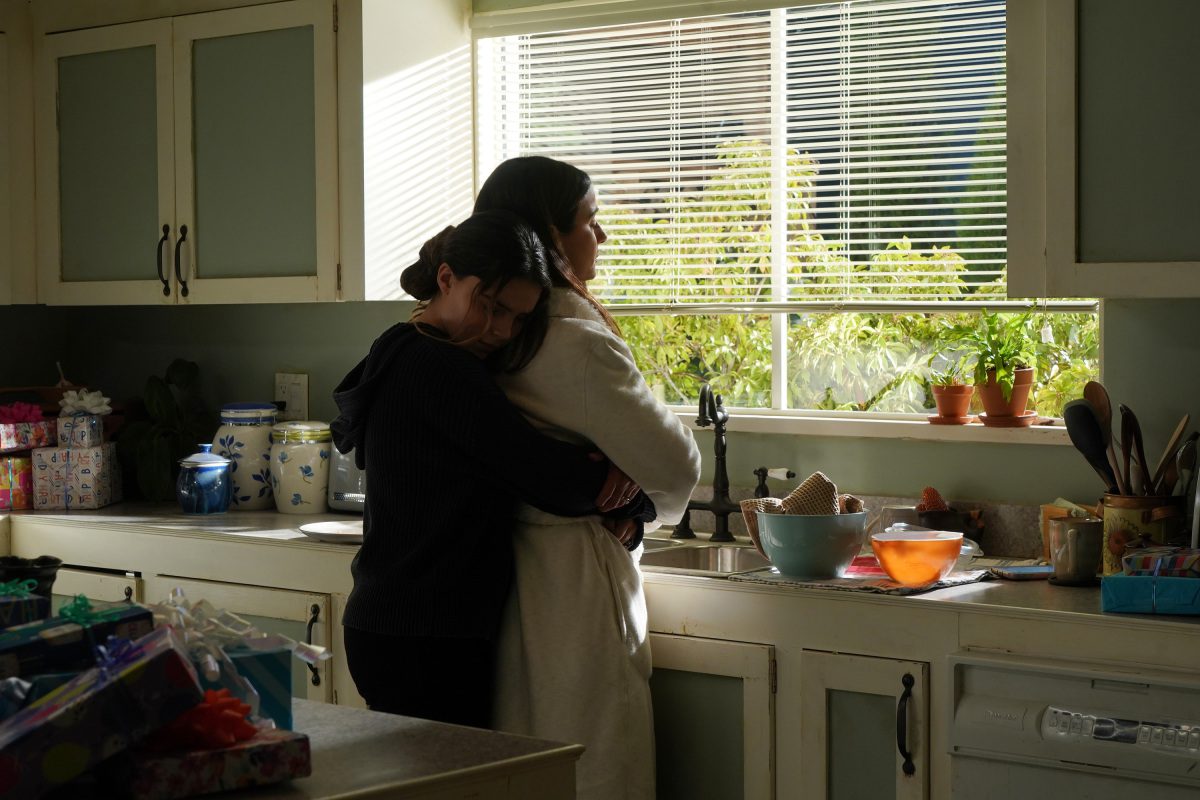 None of the disputes in “Tried and True” end well. Lana, while still undecided about the ultimate fate of her marriage, asks Kyle to move out of their house. Lucy reacts poorly to Lois’ comments about the cult and walks away again, leaving her sister alone and her father caught between two daughters who can’t be in the same room with each other. Jordan storms out on Jonathan, ignoring his cries as he decides how best to handle his brother’s addiction. (This may be the most heartbreaking of the bunch; Jon and Jordan’s relationship formed the emotional backbone for much of the series so far, and it’s hard to see them at odds with each other.) And Anderson turns on Superman, irradiating him with power-nullifying red sun rays and taking him into military custody. The fight between Superman and Anderson’s soldiers mirrors that of Bizzaro with his enemies, and it again casts them both in the same light, as lone figures up against the world. Anderson’s line about storing him with his brother drives this home even harder; Superman is now an enemy of the state, and while Anderson may not be out-and-out evil, he’s not helping.

“Tried and True” is another stellar episode that focuses on the characters losing trust in each other and the disastrous results that stem from that. A couple of good fights at the beginning and end entertain amid the drama, but it’s good, well-acted drama.

Sorry. I fixed it.