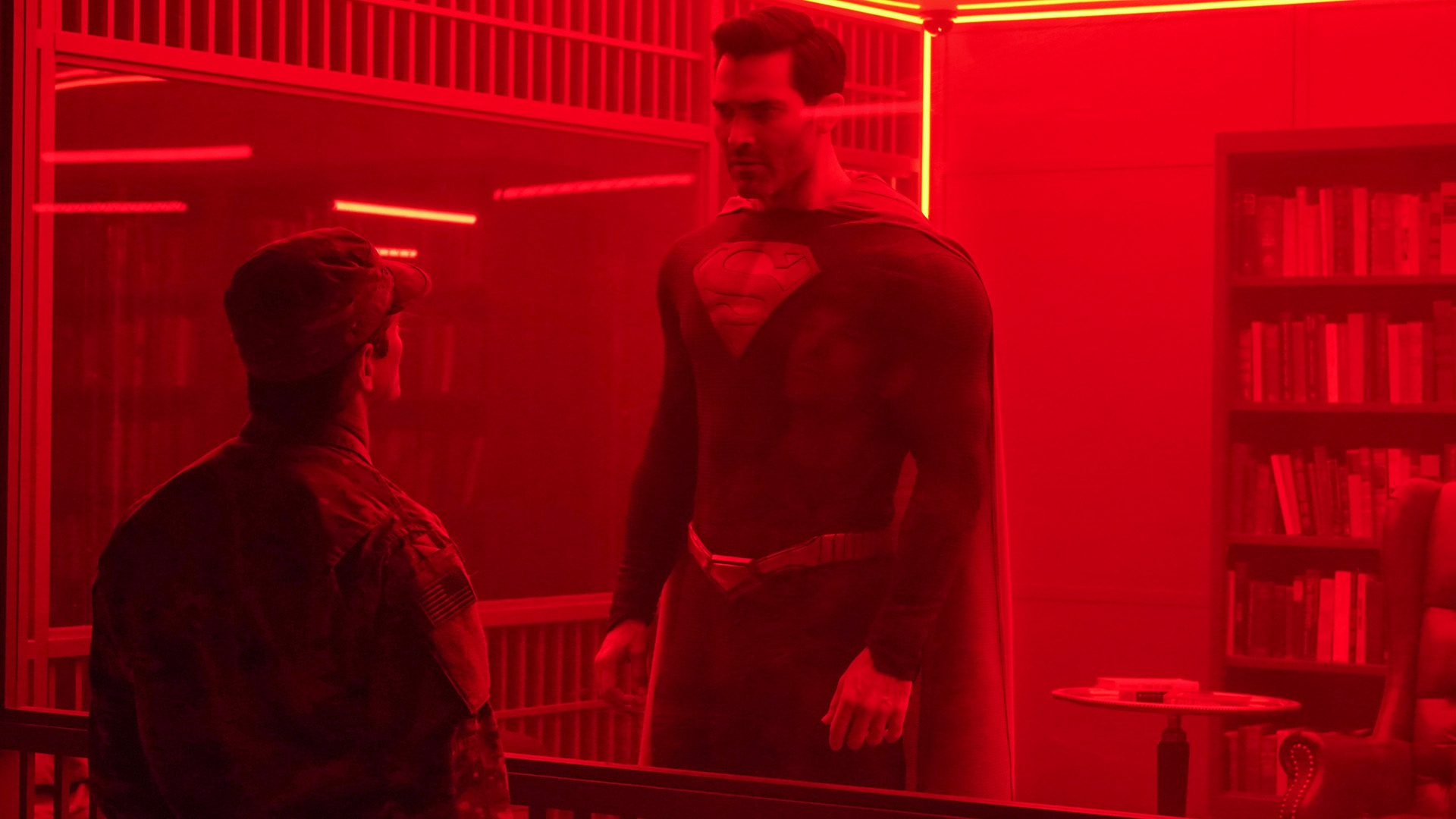 You wouldn’t guess from the title, but “Anti-Hero” is about family, specifically how devastating truths can be kept secret even in the tightest-knit ones. At the same time, those we trust the least may be the ones who come through for us when no one else can. All the plotlines move forward this week, although some are handled better than others.

Superman is held prisoner alongside his brother Tal while Lieutenant Anderson tries to get Bizarro’s location out of him. Lois holds down the fort at home in Clark’s absence just as a crisis surfaces. Jonathan’s experimentation with X-Kryptonite catches up with him. Mayor Teal uses Lana’s crumbling marriage against her in his re-election campaign. Sarah is torn over how to deal with her father.

“Anti-Hero” wastes no time, dropping us right into the red-sun-irradiated prison cell where Superman now sits, powerless in the hands of perhaps his biggest detractor outside of Lex Luthor. Anderson wants Bizarro, and Superman doesn’t want to give him up till they’ve neutralized the threat Ally Alston and her pendant pose. These are the seeds of the distrust that’s been sown throughout the season; multiple worlds are on the line, but the two people who can do something about it are arguing over who gets to do what and, in their respective ways, keeping each other from doing anything. Tal – the poster boy for distrust – is the exact right catalyst to throw into the mix, someone who has a grudge against both his Kryptonian family and the humans he sought to supplant. Whose side will he be on when the moment of truth arrives?

Superman’s, it turns out, and to escape from Anderson and his men, Clark employs some of the underhanded methods at which Tal is so proficient. Lying to Anderson about Bizarro’s location and feigning a fight to break out of red sun jail are not solutions that would normally come readily to Superman, but desperation is growing, and Anderson has proven he can’t be trusted. But what makes “Anti-Hero” – and the entire season – interesting is that it gives a good reason for Anderson to doubt Superman. He’s faced with someone who won’t be straight with him, and when they reach the Fortress of Solitude (which looks kind of bland in those videos), his men find Bizarro’s helmet, which he takes as ample proof that Superman is helping the violent invader. Could all of this have been avoided with an honest conversation like the one these two almost had last week?

We’ll never know for sure because Anderson gives himself an X-Kryptonite boost and takes on Superman and Tal in his scramble to kill Bizarro. Introducing the X-Kryptonite was a smart move because it puts someone like Anderson on an even playing field in a fight with Superman. Not only does it raise the stakes for Clark, but it allows for a more satisfying payback than would normally be available. Anderson also has Kryptonite gas and bullets, though, and he’s got the upper hand against two Kryptonians. It’s here that the trust theme takes a turn, as two of Superman’s nemeses prove more trustworthy than the man who should have been his ally; first Tal takes the lethal Kryptonite bullets Anderson fires at Clark, then Bizarro takes Anderson away to settle his hash at a safe distance. (I don’t know if there’s been a moment on the series as satisfying as Anderson realizing his bullets don’t work on Bizarro.) When the dust has settled, Anderson confirms for us that he’s firmly on team evil now, but Superman may have gained a true brother in Tal, while Bizarro sacrifices himself for the man sworn to defeat him. 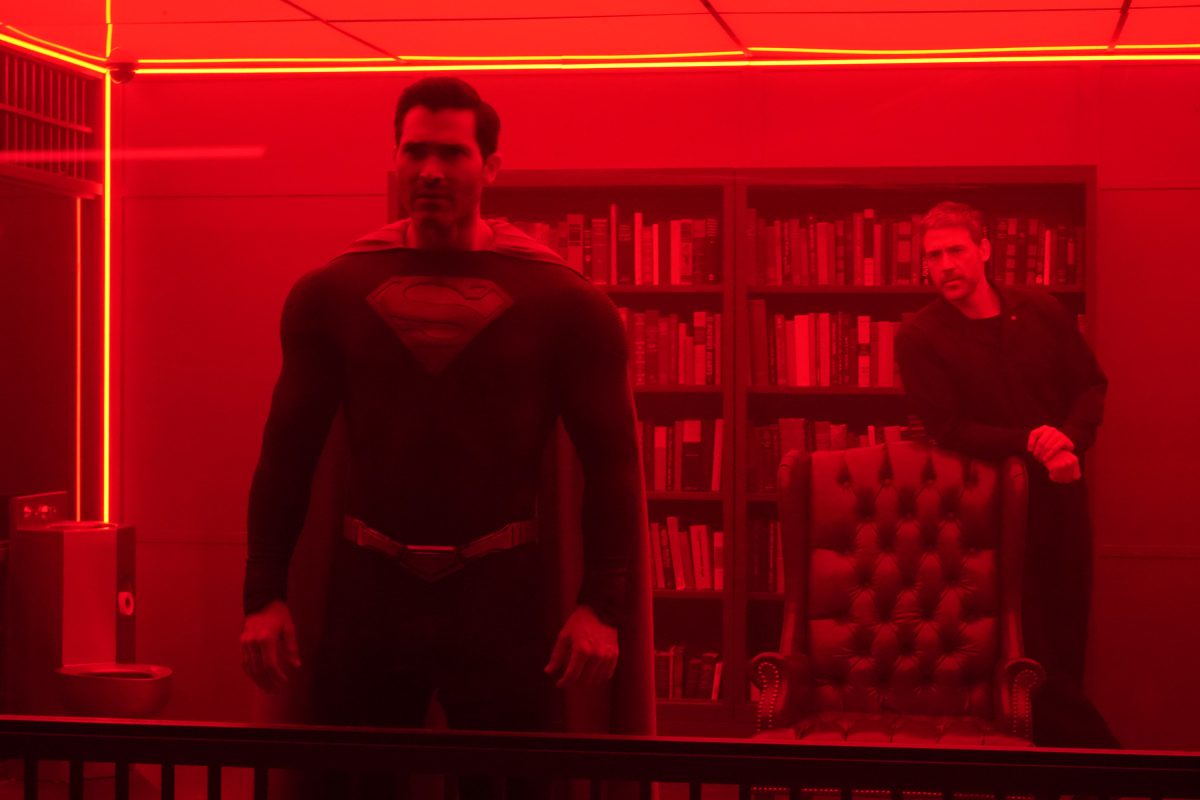 Those are the positive familial surprises in “Anti-Hero.” The other side of the coin is represented by Jon’s secret being discovered. For some reason, Jon thinks he’ll get a slap on the wrist for being caught with drugs (for an even stranger reason, he doesn’t immediately take off with the bag of contraband he takes from Candice), but he quickly learns he’s destroyed all the trust his parents had in him. I appreciate that this is where the story has to go, but I’m getting really tired of Lois being utterly incapable of controlling her emotions. Every time something goes wrong, she devolves into a screeching lunatic desperately searching for a snide remark that will only exacerbate the tension. Unfortunately, Clark doesn’t handle himself much better, berating Jon about how badly he embarrassed his family instead of showing any compassion, which feels extremely out of character. These two have a child in trouble, and instead of doing anything to help him, they act like overgrown children themselves.

The one positive to come out of this is Jordan’s reaction. While Lois and Clark make their disappointment clear, Jordan tries to understand his brother, and he’s the one who concludes that Jon isn’t a dealer. While the trust between Jon and his parents crumbles, Jordan still believes in him. This is a great inverse of their dynamic from last season, with Jon being the one who could help Jordan master his powers; now, Jordan is the only one who believes in Jon. This is a mirror to Clark’s new perspective on Tal – believing in his brother when the rest of the world has turned its back on him. While I hate the parental side of this, I want to see how the twins move on from here, just as I want to see what happens next between Clark and Tal. 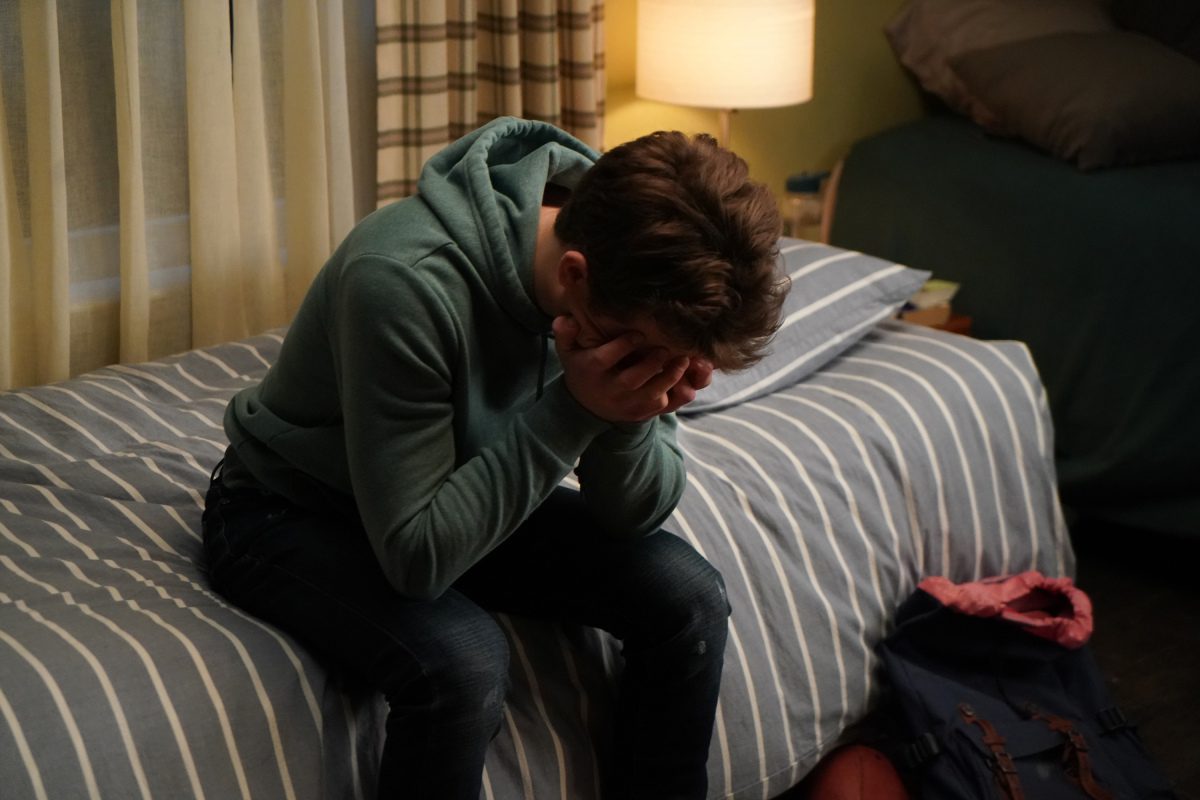 The Cushings have already been hit by the kind of familial secret that hurts the Kents in “Anti-Hero,” but they won’t be done dealing with the fallout for a long time. Lana finds herself suddenly vulnerable to political attacks from Mayor Teal, who is now emphasizing family values while subtly hinting that Lana’s lack of them led to her husband’s infidelity. And Sarah is avoiding her father, not wanting to speak to the man who broke up her family. Lana and Sarah are both advised to confront their problems instead of wallowing in the injustice of them, taking command of their grief instead of letting it control them. Sarah seeks her advice from Aubrey, the girl she kissed while away at summer camp. This is fine as a story beat, but God, they went out of their way to make Aubrey annoying. She’s one of those characters that has what she thinks is a clever line for her every response, and she feels completely inauthentic. The show also seems uninterested in bringing up the parallels between Sarah kissing Aubrey and Kyle cheating on Lana.

The highlight of the uneven “Anti-Hero” is Tal. Adam Rayner continues to be the most fun character on the show, and it’s no wonder they keep finding ways to keep him around for more. But it isn’t just the fun; Tal is constantly growing, revealing new layers in each appearance. Now, he’s actually laying down his life to protect Superman, and he genuinely seems to want a relationship with his nephews. Perhaps it was Bizarro’s reveal that, in his world, Tal has a wife that is opening up the possibility of a family. (By the way, I’ll bet it’s Lana.) I’m glad they’re developing Tal little by little, giving him a real arc. On the other hand, I’m disappointed that Bizarro is already dead. His inclusion was exciting and something we hadn’t seen yet in live-action, but now he’s little more than a plot device to prop up Aly Alston and her team-up with Anderson. I hope the rest of the season is good, but Bizarro feels like a waste.

“Anti-hero” is a mixed bag that bungles Jon’s X-Kryptonite storyline and wastes a great character while effectively exploring trust among enemies and developing Tal into an even more interesting player.