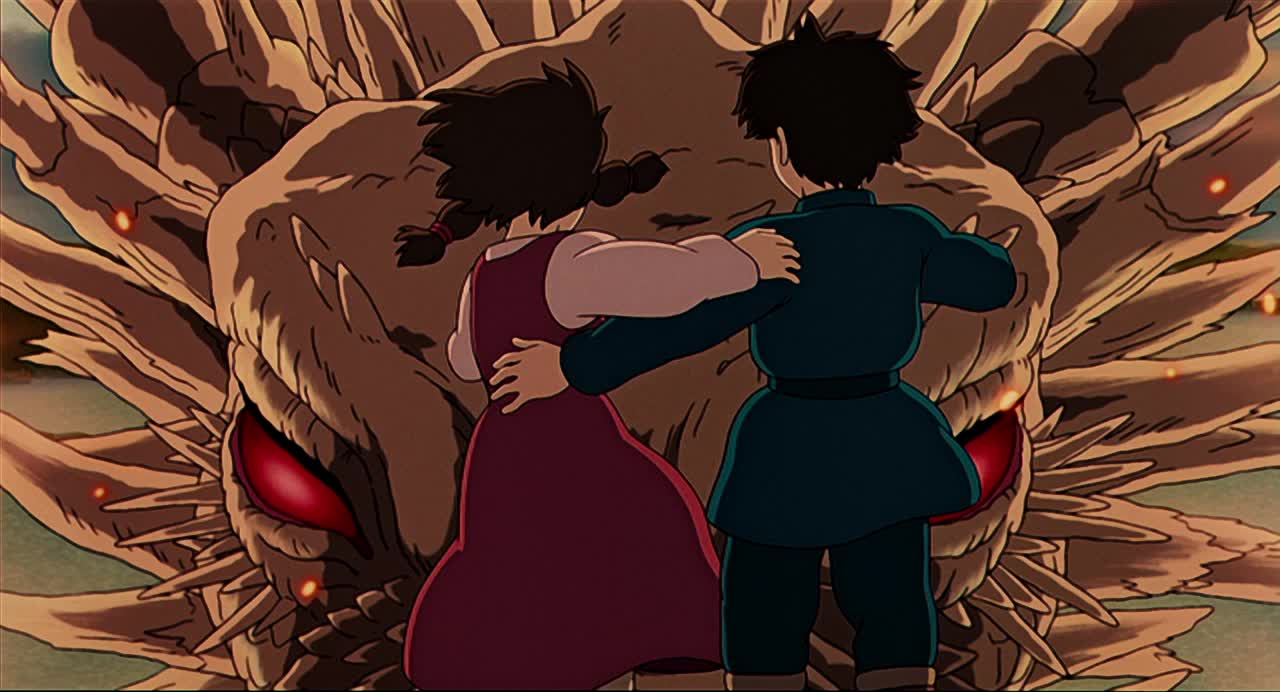 2006 brought the directorial debut of Gorô Miyazaki, son of revered animation master Hayao Miyazaki. Based on Earthsea, a high fantasy book series by Ursula K. Le Guin, Tales From Earthsea follows Prince Arren of Enlad and Sparrowhawk, the wizard. I’ve never seen this movie before, and the only knowledge of the series I have is from a live-action miniseries I saw years ago. Tales From Earthsea is considered one of Studio Ghibli’s worst films, and I wasn’t exactly impressed with Gorô Miyazaki’s work on Earwig and the Witch. However, I prefer to give things a chance on their own terms, disregarding things like reputation. Tales From Earthsea features some impressive talent behind its characters, and fantasy is one of my favorite genres, so maybe it won’t be so bad. Let’s take a look.

Dragons viciously fight in the sky, the Kingdom of Enlad is in a state of decline, and Prince Arren is nowhere to be found. This troubles the King (Brian George), as his advisor, Root the Wizard, tells of the division between dragons and humans, who were once the same species. On his way back to his quarters, the King is fatally stabbed by his own son, Prince Arren (Matt Levin). The Prince goes on the run and eventually encounters Sparrowhawk, the wizard (Timothy Dalton), a kind and insightful man who protects, teaches, and feeds Arren. As they travel, Arren sees a young girl being accosted by three men and stands up for her, but she is less than grateful, running away from him. Arren and Sparrowhawk travel to the home of Tenar (Mariska Hargitay), an intimate friend of Sparrowhawk’s who allows the two men to stay with her. Arren is reacquainted with the girl he saved, who happens to be Tenar’s adopted daughter Therru (Blaire Restaneo). When Cob (Willem Dafoe), a figure from Sparrowhawk’s past, begins threatening the women, Arren and Sparrowhawk are lured into a trap. It’s up to Arren to choose life and overcome the darkness within. 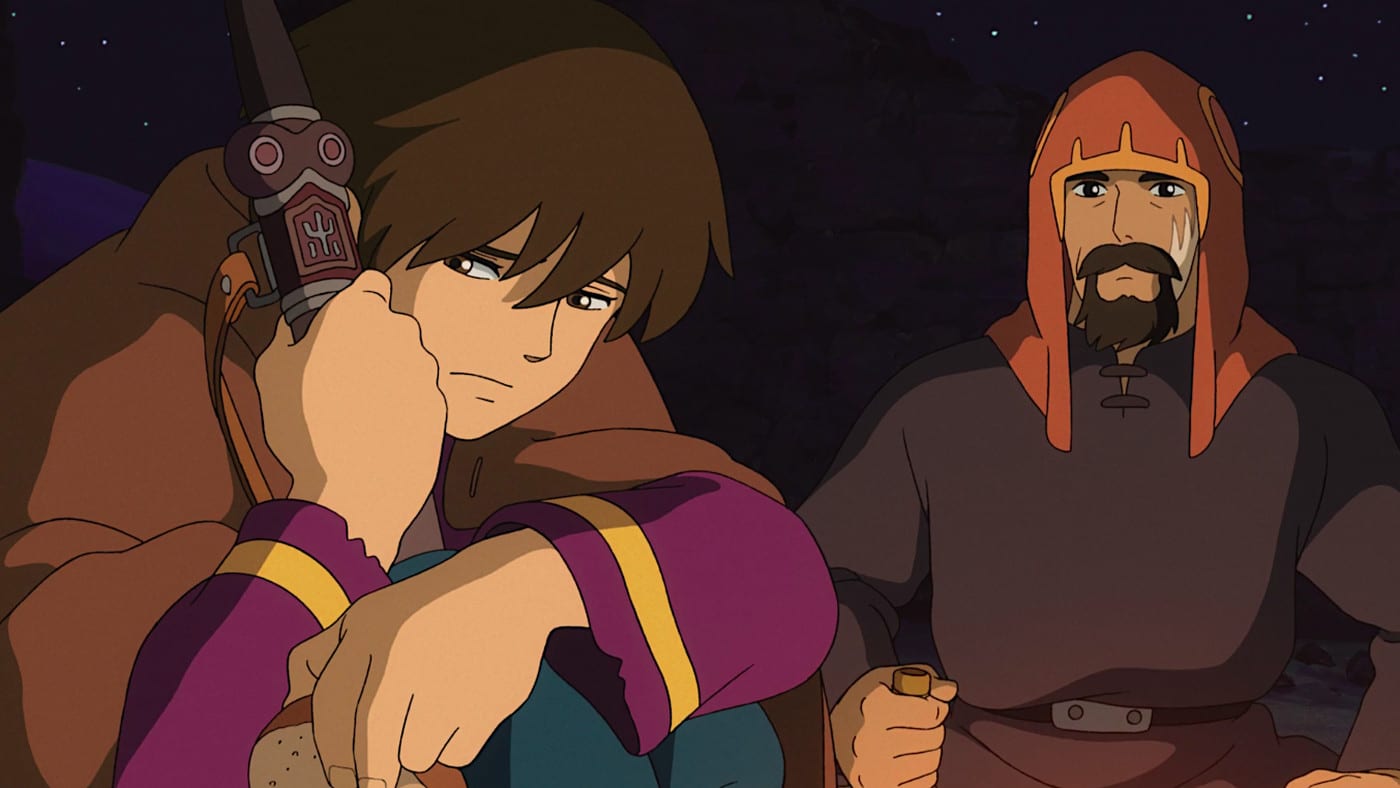 Tales From Earthsea is a bizarre film, and I can see why it’s not as beloved as most Studio Ghibli productions. As I mentioned, I haven’t read the source material, but I have to imagine it fleshed out its characters and explained its worldbuilding better than this. The film opens with a spectacular sequence of high-seas adventure and immediately goes into action as we see two dragons fight to the death. The protagonist then straight-up murders his own father and hits the road with no explanation. The first five minutes or so had me totally engaged; I had no idea what would happen next, but it had to be something special to connect all of these random but exciting events. That never happens, and much of this film’s runtime is just people sitting around or traveling silently. I’m actually in favor of smaller, quiet moments in movies if they focus on the characters or the wonder of a fantasy setting like this. And, in fairness, there are a couple of sequences like this, like early on when the music swells as Arren and Sparrowhawk traverse the landscape to the nearest town. But a lot of the time that could have been spent endearing the characters to the audience is instead spent in silence or on dream sequences that don’t make much sense. Arren and Sparrowhawk should have some kind of bond form throughout the film, but I don’t feel anything for them by the end. Does Arren realize how much Sparrowhawk has done for him? Does he see him as family? Will they meet again? The movie doesn’t seem too concerned with questions like that. Arren is pretty much a blank slate, and they give the dullest possible answer to the big question of why he would murder his own father. I thought for sure there would be some explosive answer to this. Maybe his father was evil. Maybe he’s evil. Perhaps they had an incredibly complicated relationship that inevitably led to tragedy. But no, the film basically says Arren has an evil person inside of him that made him do it. This is never explained or explored, by the way. They say that once, and that’s it. 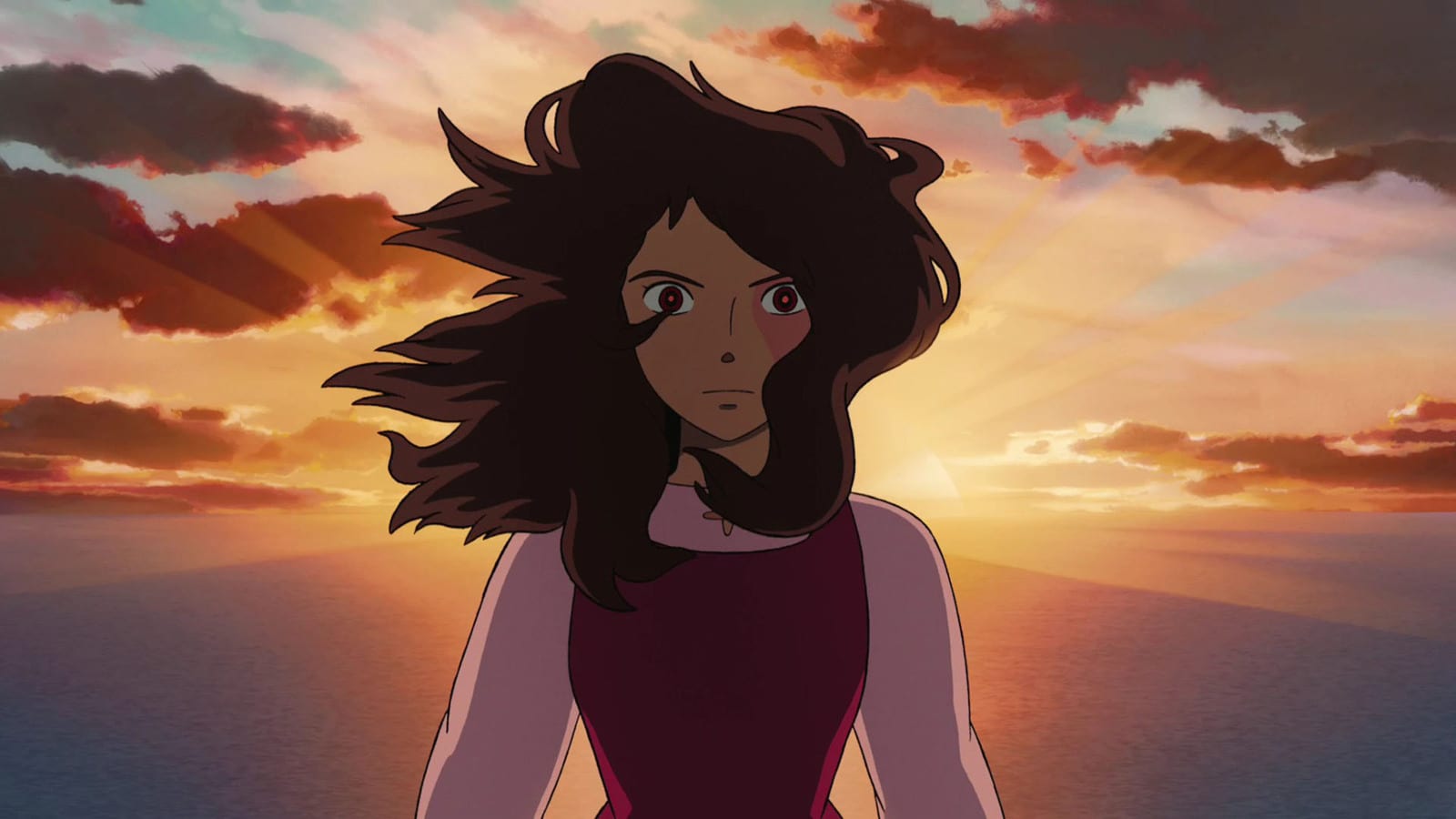 Arren isn’t even the film’s worst character; that honor goes to Therru. I can only assume she was more likable and understandable in the books because she’s an absolute brat here. When Arren saves her life from Cob’s goons, she glares at him and then runs off. This could have been chalked up to a misunderstanding; maybe she thinks Arren, too, has bad intentions for her. But when the two are properly introduced at Tenar’s house, Therru continues her cold treatment of Arren. She even yells at him when he goes to put Tenar’s ox back in the stable, asking if he came to kill the baby lamb she helped deliver. Therru states that she despises anyone who doesn’t care about life, and Tenar later explains that the girl came from an abusive family. But Arren has shown concern for life before, specifically Therru’s life. I don’t understand this character, and she’s one of the most hateable Ghibli characters I’ve ever seen. At the end, she survives Cob’s attack and somehow turns into a dragon, which contradicts what Root said about dragons and humans branching off and separating. I’m sure this is explained better in the books, and maybe Therru isn’t a grade-a witch there either. But, at times, she made Tales From Earthsea hard to sit through. 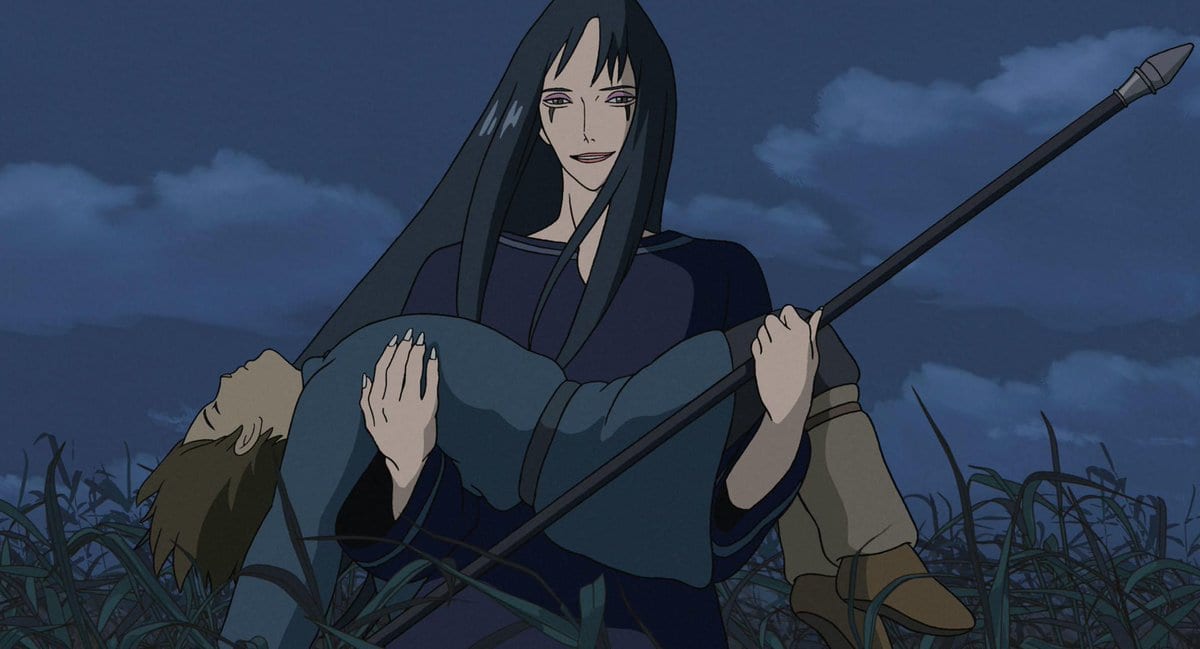 Sparrowhawk and Tenar fare much better, thanks in part to their voice actors. I also like their relationship and wish it was explored more. They’re both kind, generous people who go out of their way to help Arren and Therru. I also like how Sparrowhawk uses his abilities, like disguising himself at the market and saving Arren from charging wild animals. Cob started out very interesting as well. I like his character design a lot; he’s androgynous in an unsettling way. Willem Dafoe absolutely runs away with this role, too. He’s so creepy, and his line delivery is so calm it unnerves the viewer. I like his motivation too, and it ties into a theme the film tries to explore. The struggle between natural life and the immortality Cob seeks to gain is an interesting idea. I also like the scene where Therru tells Arren that giving life to others is the true path to immortality. There are bits and pieces of a great film here, but things just don’t come together in the end. Tales From Earthsea is almost two hours long, which should be plenty of time to develop such a small main cast and dig into these themes and concepts. But so much time is wasted on throwaway dialogue or just complete silence that the characters and story suffer. However, the animation is stunning, and the original score by Tamiya Terashima is good enough to listen to on its own. It’s such a shame so much talent and beauty went to waste on these characters and this messy story.

The animation is stunning in this film and the original score by Tamiya Terashima is good enough to listen to on its own. It’s such a shame so much talent and beauty went to waste on these characters and this messy story.